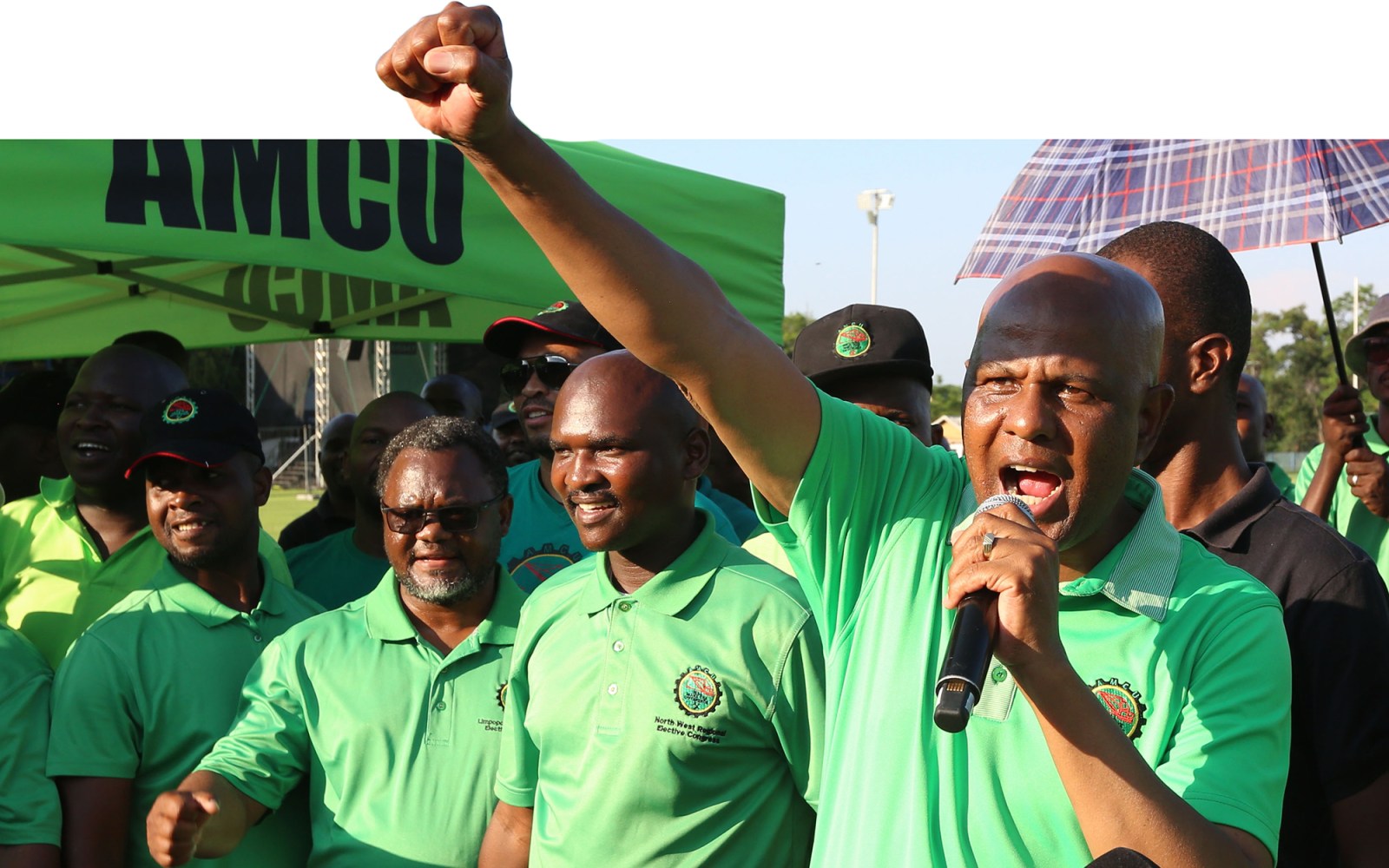 The Association of Mineworkers and Construction Union’s strike at Sibanye-Stillwater gold mines, the biggest remaining mines in the country, was meant to solidify its place in the industry in opposition to the National Union of Mineworkers. In fact, it has weakened the union, and handed its competitors a peculiar kind of victory.

The Association of Mineworkers and Construction Union (Amcu) has agreed to end its five-month strike at Sibanye-Stillwater gold mines, accepting essentially the same agreement as members of the National Union of Mineworkers accepted months ago.

This face-saving device will fool no one, however. The strike was meant to be Amcu’s thrust into the gold industry after wrapping up the platinum sector. But instead, the duration of the strike, the split nature of the workforce’s union affiliations, some fancy legal footwork by management, and the state of the industry all worked against the union.

Amcu President Joseph Mathunjwa said at a press conference on Wednesday there was no political pressure for the union to sign an agreement with Sibanye.

“The decision was solely based on the plight of and mandate from our members whom we serve,” he said.

In the end, the settlement constitutes an ignominious defeat for Amcu and its members who have forgone five months of wages and got very little in return. Still, the union will argue, this is just a tactical retreat.

Sibanye CEO Neal Froneman was understated in his response.

“We are pleased the extended strike at our gold operations has ended, without undermining other stakeholders or compromising their rights,” Froneman said.

But for the company, the end of the strike is a notable victory. Froneman argued from the start of the strike that because the company struck an agreement with three other unions at its gold mines in November, it was prevented from agreeing to different terms with a different union.

Amcu really didn’t have an answer to Froneman’s argument, since if it were to win extra concessions, it would be satisfying its existing membership at the expense of its potential membership.

On the shop floor, this was recognised, and it gradually led to members drifting away from Amcu toward NUM. Ultimately, the company was able to argue that the majority of the workforce had accepted the terms of the agreement, and the company was about to take the case to court to declare the strike unprotected.

Although the company won this round, it was an expensive victory. Production slumped, and it now estimates losses of about R1.5-billion. Production at most of the mines was paired down, but it did continue, which was another notable achievement for the company since it reduced pressure to settle.

It was also expensive in human life. Nine people have been killed and more than 60 houses of NUM supporters were burnt down in areas around Carletonville where Sibanye has two of its three gold mines.

The settlement has one other major consequence. Both sides pointed to the upcoming wage negotiations in the platinum sector. Mathunjwa said the agreement meant that these talks would be “more constructive”.

Reading between the lines, the comments suggest that the company might quietly argue that the benefits it could not provide to Amcu’s members in the gold industry, it might provide to its platinum industry members, which is its more crucial base anyway.

But that is a fight that must still be fought. DM