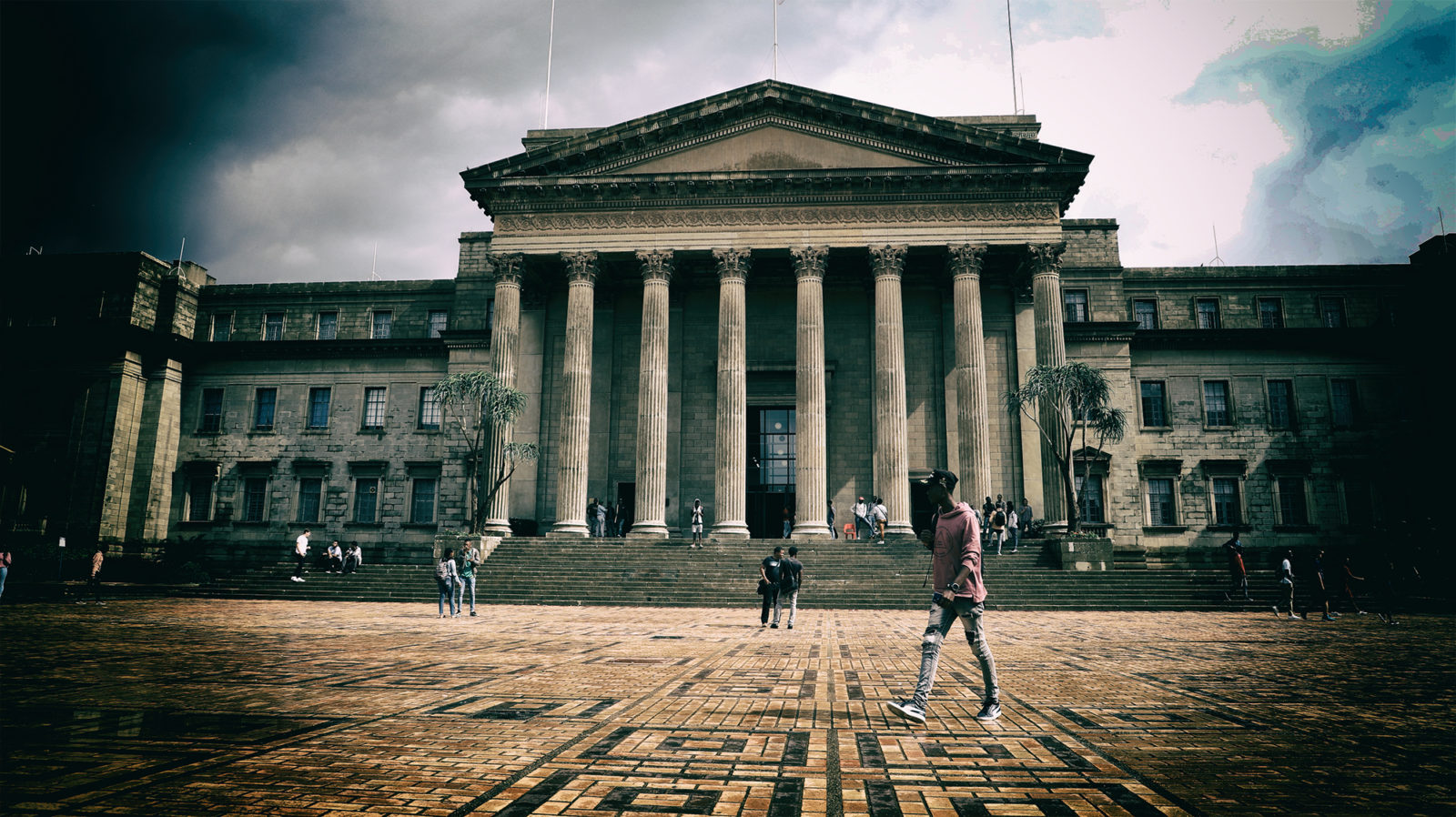 The Great Hall at University of the Witwatersrand, February 07, 2019 (Photo by Gallo Images / Sowetan / Sandile Ndlovu)

An investigation into the Wits University’s Gender Equity Office's conduct and execution of its duties has been completed but details of the report, which was finalised more than a month ago, will remain secret.

Question marks still hang over the Wits University’s Gender Equity Office (GEO) as a commissioned report into the office’s conduct and execution of its mandate remains under wraps.

Wits University has confirmed that an investigation was undertaken by advocate Adila Hassim in November 2018. Hassim was co-founder and director of litigation at Section27 before joining Thulamela Chambers.

Wits Vice-Chancellor Professor Adam Habib says the report, which was finalised this month, was commissioned as an “independent assessment” as part of refining processes at the GEO, which he calls a “pioneering social intervention that is in a continuous process of perfection”.

The VC’s office was also where GEO staff referred all queries to from Daily Maverick, as the GEO reports directly to Habib.

Habib says the report will remain “for his eyes only” and will not be made public at this stage. He confirms though that Hassim’s report reviewed the GEO’s handling of seven recent cases and acknowledges that there has been “pushback” from some people accused of sexual misconduct and brought before the GEO. Their complaints have ranged from unfair and hostile treatment, being named and shamed publicly before completion of their cases, procedural blunders, non-compliance of policy guidelines, to having their cases drag on for months and not being given adequate recourse for appeal.

Habib says he did expect “differences in interpretation” of policies and processes but he adds: “I’m satisfied that this report doesn’t compromise the outcomes of any of the cases and that we are victim-centric and acted within the law. But I accept that there are lessons to be learnt, improvements that can be made and interventions that we can put in place going forward, as the report suggests.”

Report recommendations include better reporting lines for administrative efficiency, the appointment of an on-campus ombudsman to replace a panel for hearings and improved capacity and time frames for completing cases.

But for some of those whose cases have come before the GEO, the office’s actions have left a bitter taste, especially as they say they support a strong gender equity office for the benefit of the greater university community and bolder steps to fight sexual harassment, rape culture and gender inequality.

Two people who spoke to Daily Maverick say they willingly co-operated with GEO processes hoping for constructive, fair outcomes. Instead, they say they were met with aggressive treatment and were subjected to questionable processes.

In the first person’s case, what he regarded as a work-related exchange with a student saw him charged with sexual harassment. He said he was taken aback by her reaction but on reflection accepted that his actions could have been characterised as harmful. He was prepared to apologise officially, undergo sensitivity training or whatever appropriate measures the GEO decided on. His case though was never heard and he ended up having to resign.

He recalls how within the week that the accusation was made against him, back in early 2018, that a university email was widely circulated naming him and connecting him to “an incident”.

“There was no context to the incident so it was open to speculation of every kind,” he says. He was also told to take special leave and if he didn’t comply he would be escorted off campus. The case dragged on for five months and he says he was never given a written complaint by his accuser, only ever a lawyer’s report of the incident.

Before his panel hearing, charges against him were changed from sexual harassment to physical harassment. He deemed the panellists to be compromised and so ended up resigning instead of proceeding with the hearing.

“It was tantamount to constructive dismissal; I had no choice but to resign. For a long time I couldn’t go out to see people in my social circle, everyone knew about the case and it was like my integrity in every aspect of my life was questioned.

“In the end despite my willingness to see the case through to the end, I was advised by my lawyers and colleagues that I was should just walk away because the political climate would count more than the merits of my case,” he says.

Now he’s unemployed and says the case has been devastating and affected every aspect of his life. His extended family has been placed under enormous stress, lawyers’ fees have had to be paid and he feels like a casualty of a deeply flawed process. He remembers a colleague making the comment that “few men sacrificed along the way of fighting for gender equality are just collateral damage”.

It’s a comment that brings into focus the tussle between the legal principle of “innocent before proven guilty” versus growing calls to “name and shame” those who stand accused. His case took place against the backdrop of the global #MeToo movement and Hollywood’s success in toppling high-profile rape and sexual harassment accused including Bill Cosby, Harvey Weinstein and Kevin Spacey.

Another academic who was a director of an institute associated with Wits also believes that the GEO acted unprofessionally and overstepped its mandate. He had two complaints laid against him in 2018 by two colleagues at his institute. One complaint he believes was made spuriously because the person’s work performance was under scrutiny.

“The complaint could not be rationally considered sexual misconduct,” he says. The second complaint revolved around what he has since come to reflect on as “a foolish and inappropriate” remark he made on an evening out with three colleagues that included the complainant. It happened 18 months prior to when the complaint was made.

“I was open to a critical engagement in this regard. I wanted to learn how to be a better manager. If the complaint had been brought to my attention when it happened I would have apologised and taken whatever measures necessary to make it right,” he says.

When the complaints were made, the Institute’s board turned to Wits’ GEO to conduct an investigation as they were still formulating their own gender equity policies.

“I stepped aside from my position in good faith so that an investigation could proceed. The GEO did not have jurisdiction over me and was meant to give recommendations to my employer. My employers found that the GEO’s investigation did not constitute sufficient grounds to charge me, so no charges were ever made against me,” he says.

He says about six weeks after the GEO handed over their report to his employers he was in the process of resigning to take up a new position. About a week after he resigned his case was leaked to the media and the complaints against him were characterised as sexual harassment cases.

“My professional credibility and reputation was badly damaged from that inaccurate media report and my family has been through hell. My child has been asked at school if her father is a sex pest,” he says.

Some Wits university insiders who were involved with setting up the GEO five years ago have been critical of the gender equity office for “going rogue”, “shooting from the hip” and not having the necessary legal savvy to ensure that rule of law frames all social and political whims and pressures.

Others warn that GEO’s interpretation of their mandate could inadvertently compromise victims by casting doubt on the fairness – and therefore credibility – of the office.

“You need a strong reporting and investigation system so victims are protected and real claims are not discredited just because the GEO is discredited,” was another insider’s comment.

Wits University has confirmed that the GEO is currently in the process of appointing a new director. The current term of Crystal Dicks has come to an end though Dicks has reapplied for the post. The GEO was launched with Professor Jackie Dugard at the helm in 2014. DM