Trevor Manuel: ‘Public must be disabused of EFF lies’ 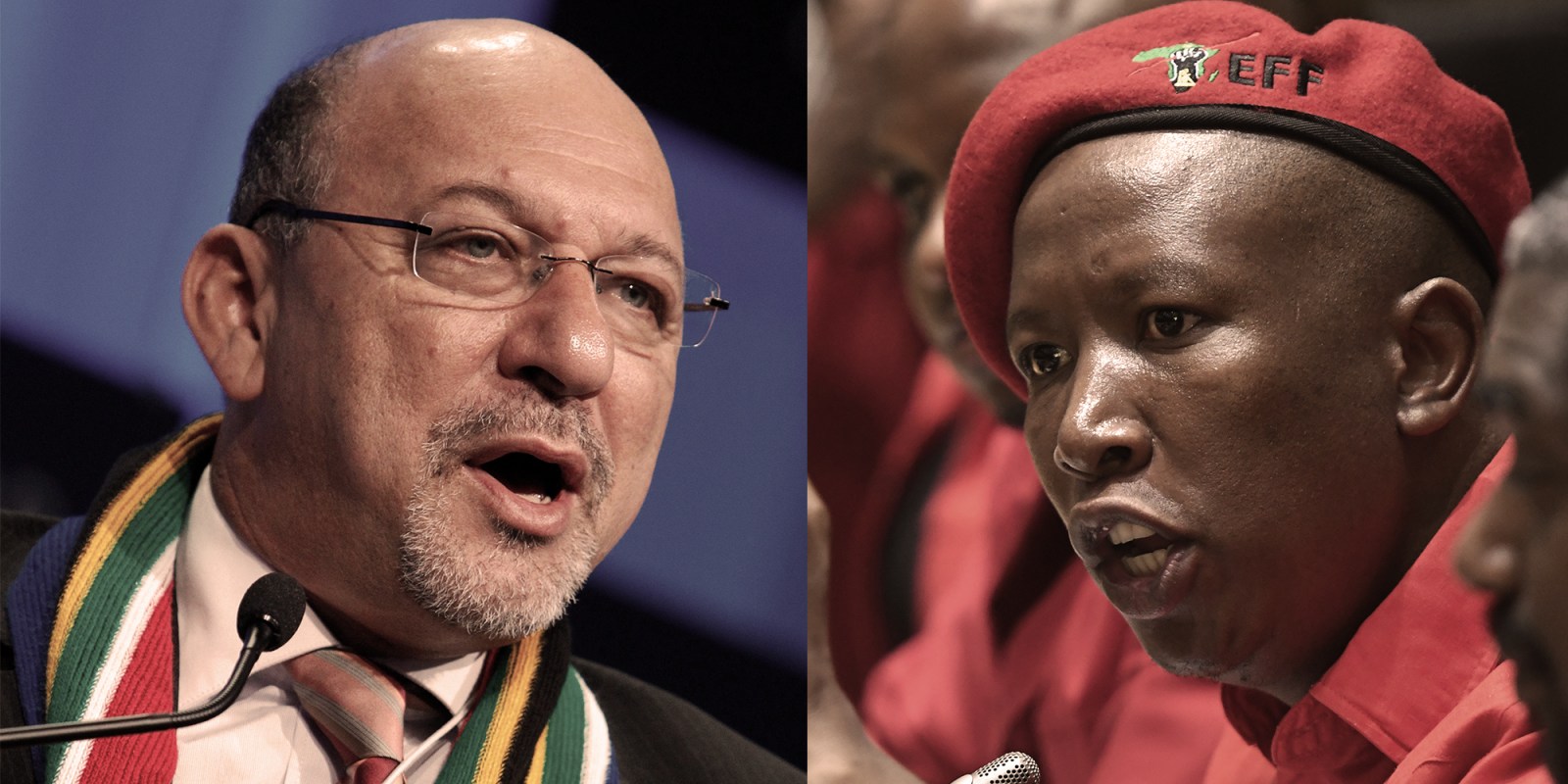 The EFF digs in to fight former Finance Minister Trevor Manuel in a court case that will test Twitter as a political influence.

Former finance minister Trevor Manuel has asked the Gauteng High Court to urgently hear his application – before 1 May – to demand that the EFF desists from defaming him in relation to his role in interviewing a new SA Revenue Service commissioner.

“I have contracted the time periods required. I have done so because it is urgent that the public be disabused of the lies the EFF is perpetrating,” says Manuel in court papers before the Gauteng High Court. He has called it a “semi-urgent” application.

“Mr (Edward) Kieswetter assumes office on 1 May 2019. I believe it is in the best interests of SARS, and therefore in the public interest, that there should be no cloud hanging over his appointment process, and no doubts as to whether he was appointed as a result of a nepotistic process.”

The defamation suit relates to a statement by the EFF in March in which the party’s spokesman Mbuyiseni Ndlozi said that the process of appointing Kieswetter had been “corrupt”, “nepotistic” and in which he alleged “secret interviews to select the SARS Commissioner”.

In a letter to the EFF on 2 April, lawyer Dario Milo, acting for Manuel, demanded that the EFF desist from making further defamatory statements, that it remove the defamatory statements from Twitter and other media and that it apologise unconditionally and retract the allegations.

The party refused and the case is now headed to court. Manuel will ask the court to compel the EFF to remove the offending statement from their media platforms and to interdict and restrain the respondents from “publishing substantially the same false and defamatory statements about me again”.

Manuel is claiming monetary compensation from the EFF for damage to his reputation and says that should he be awarded damages, he will donate the entire amount to a worthy organisation. “Given the respondents’ stubborn refusal to remove the statement (despite the clear absence of any factual basis) I ask for attorney and client costs.”

The case is the first which references the power of Twitter and the social media influence of the EFF which has the biggest digital political footprint of all South African parties.

“The EFF, Dr (Mbuyiseni) Ndlozi and Mr (Julius) Malema wield a considerable amount of public influence. Their statements have a reach far greater than ordinary members of the South African public,” says Manuel. He adds: “This influence was exacerbated by the fact that they used Twitter to publish the information. The EFF has over 725 000 Twitter followers. The defamatory tweet was also “retweeted” 237 times from the EFF Twitter account. The statement would thus also have appeared automatically to each person that follows each of the 237 users that retweeted it.

“Mr Malema also tweeted the statement. He has over two million Twitter followers. Accordingly, the statement would have appeared automatically to each of these two million people… clearly, the effect is exponential.”

After reporter Annika Larsen tweeted Manuel’s first statement opposing the EFF statement, Malema replied: “He can go to hell, we are not scared of him.”

Manuel says the statement injures his name, reputation and standing in society. “I would like to make myself available to serve my country in some or other capacity in future. But the statement makes it less likely that I could ever do so, for it says that I acted in a corrupt and nepotistic manner. This is deeply unjust to me, but also, I believe, does a disservice to the country, which will lose the benefit of a person who has always been committed to serving it.”

The EFF has refused to apologise or to take down its statement. Instead, the party has demanded further details of why Manuel recused himself from interviewing Kieswetter.

He chaired the panel to make a recommendation to President Cyril Ramaphosa of a SARS Commissioner.

The panel consisted of seven interviewers which included Judge Dennis Davis, business leaders and lawyers. Manuel recused himself because he has a relationship with Kieswetter but still observed the interview. His papers note that Kieswetter had the support of the entire panel.

The EFF wants to know why Manuel stayed on as an observer during the interview and the party’s lawyers have tabled a long list of requests for information detailing the relationship between the two men.

Earlier, the EFF alleged that the two men had a business relationship which Manuel denied and said that they had not even served on a non-profit organisation’s board together.

The EFF is facing a number of significant court cases related to its harsh political rhetoric. The South African National Editors Forum is pursuing a hate speech case against the party in the Equality Court. The professor of journalism Anton Harber and the SABC economics editor Thandeka Gqubule have asked the High Court to interdict the party and force it to apologise for calling them “Stratcom” agents. Stratcom was the apartheid security branch disinformation and dirty tricks campaign using the media.

Leading journalists Karima Brown and Adriaan Basson have both laid criminal complaints against EFF supporters who abused them online. Brown also has a case against the party in terms of the Electoral Code after Malema publicised her telephone number, after which she received rape and other violent threats. DM