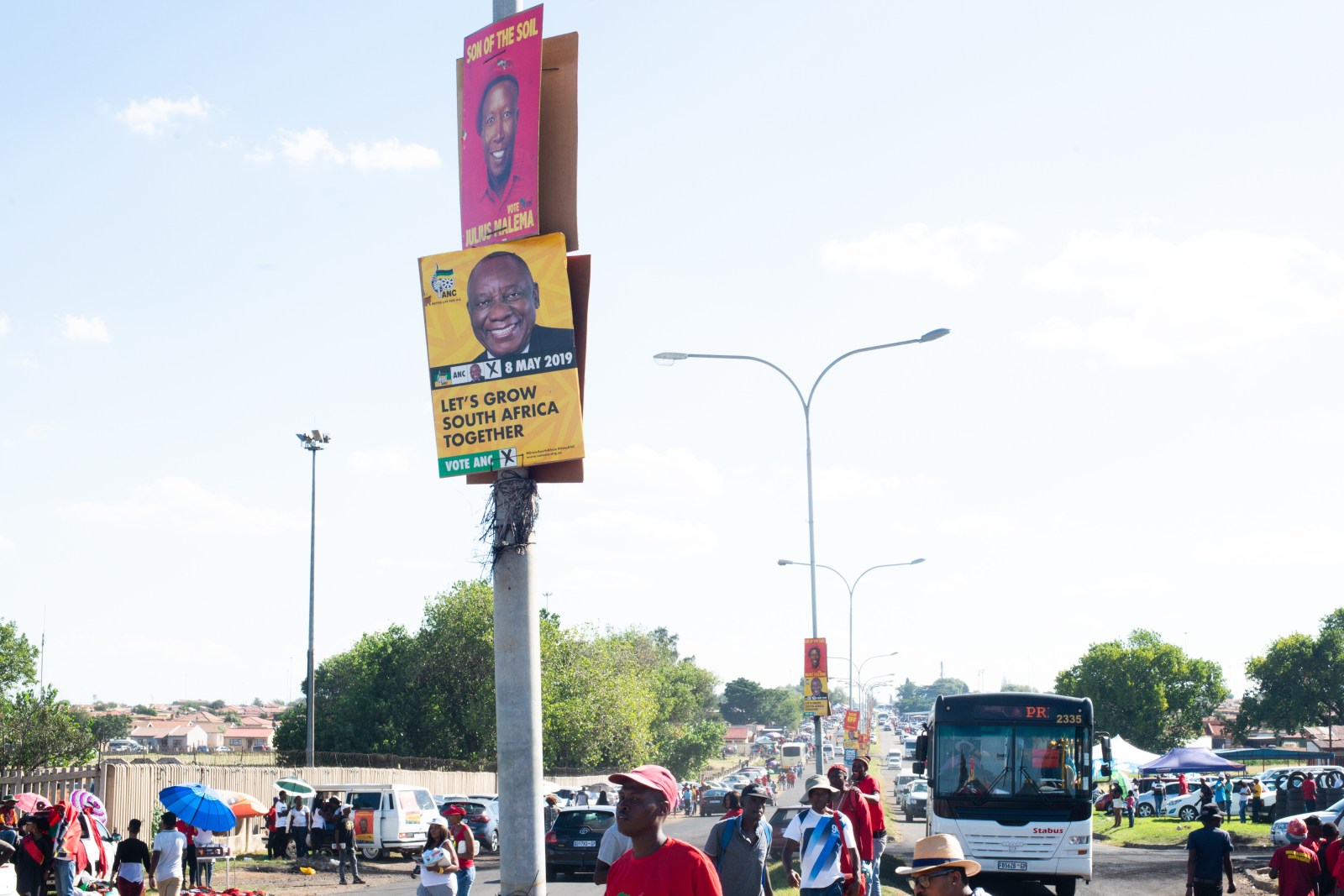 With weeks to go before the general elections, opposition parties said on Friday that coalition governments are likely to feature in politics for the near future and they must be ready to work together. The ANC believes coalitions are the cause of current strife in parts of Tshwane and Johannesburg.

The ANC on Friday continued to point to protests erupting in parts of Johannesburg and Tshwane as signs of failing DA-led coalition governments.

Speaking at a debate at Unisa in Tshwane, the ANC’s Alvin Botes said coalitions have failed to provide services in the two large metros and have produced leaders who are failing to represent citizens.

Botes repeatedly referred to Johannesburg Mayor Herman Mashaba’s decision not to visit Alexandra during recent protests and echoed President Cyril Ramaphosa’s comments in the township on Thursday calling the mayor scared to face his own people.

Speaking on protests in Hammanskraal and the lack of water supply in the area, Botes said: “If there’s a problem of basic services we must be able to hold accountable those who are leading Tshwane municipality.”

“If you are saying as the voter there’s a failed state of governance in Tshwane, I’m saying let us vote them out,” he said.

As the 8 May elections draw closer, the ANC has focused on challenging the DA’s claim that it provides better services in the areas where it governs in an attempt to cast enough doubt on the largest opposition party and its voting partner in those administrations, the EFF.

The ANC is looking to strengthen its national share of the vote and ensure it wins over 50% in hotly contested provinces like Gauteng and Northern Cape.

“We are saying as the African National Congress we have won the hearts and souls of the people of Alexandra,” said Botes.

“We think based on our commitment and our renewal… people will give the ANC an overwhelming mandate to govern South Africa how it has governed for the last 25 years,” he added.

DA spokesperson Refiloe Nt’sekhe said Ramaphosa and the ANC’s commitment to service delivery was hollow. Ramaphosa visited Alexandra as leader of the ANC rather than government while campaigning and not there to offer the state’s help.

She said the DA would allow itself to be held accountable for its two years running the area but asked whether the ANC would do the same for its 23 years in charge of Alexandra.

Opposition parties are looking to take the ANC below 50% in key provinces in the hope of forming coalition governments.

Nt’sekhe told the Unisa audience, largely made up of EFF supporters, the party goes into elections aiming to take outright wins but it also realises coalitions are the future of the country’s politics.

EFF National Chairperson Dali Mpofu said coalition partners don’t need to be ideologically in tune. “Coalitions are not necessarily about policy convergence. In fact, it’s the opposite because there’s no need to have coalitions with people that you agree with,” he said.

“Coalitions are imposed by the people in the first place,” said Mpofu. After the 2016 elections, the EFF voted DA mayors into power in Johannesburg and Tshwane where it held the balance of power and thereafter voted on a case-by-case basis. The party removed the DA’s mayor in Nelson Mandela Bay after the DA-led coalition fractured.

“I think we must accept that it’s going to be our reality for the next 10 to 15 years,” said Mpofu, highlighting how coalitions can provide accountability mechanisms to prevent corruption. Mpofu said the EFF was willing to hold negotiations with any party except the Freedom Front Plus, which in the past said it wouldn’t enter into an agreement with the Fighters.

The IFP is in coalition with the DA and other small parties in Johannesburg, where there are allegations that the city is assigning tenders to benefit the EFF.

The IFP’s Sibusiso Pakhati warned his coalition partners: “Colleagues, let us come out clear as to how are we governing the city of Johannesburg… because it is very much clear and people are aware the City of Johannesburg is DA-led but EFF controlled and there is a situation where my both partners are fast becoming the ANC when it comes to the issue of corruption.” DM