Young South Africans are politically engaged, but can’t see how the system works for them, studies find 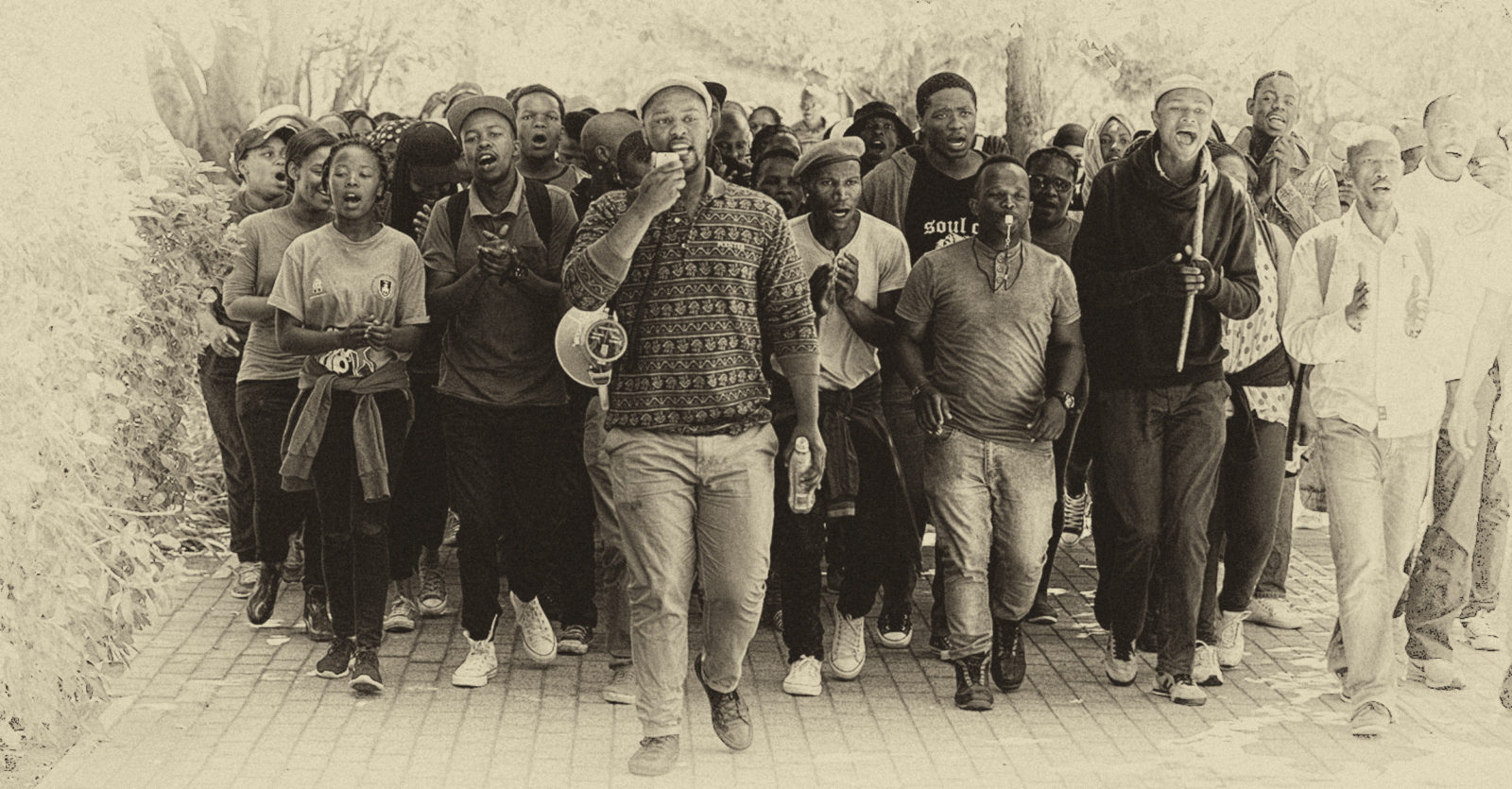 Students march and sing during a protest in support of the #FeesMustFall movement at the University of Cape Town, South Africa, 19 October 2016. EPA/NIC BOTHMA

At a recent seminar to discuss youth politics, the 2019 elections and beyond, two research papers were presented, both exploring youth participation and engagement with South African politics. The picture they paint raises interesting questions about the legitimacy of political parties and the extent to which they reflect on young people in their manifestos.

Young people are typically perceived as apathetic and disengaged, but new research by the Institute for Security Studies and the Youth Lab shows they are actually highly engaged in political processes.

“It might be different to the formal ways of voting and elections, but they are still highly critical of political leaders,” said Miche Roberts when presenting the outcome of the ISS research at the Auwal Socio-Economic Research Institute seminar at the Market Theatre on 27 March 2019.

And, “just because young people are not in a political party doesn’t mean they don’t know what’s going on,” MD of Youth Lab Pearl Pillay said when discussing her organisation’s work.

Roberts helped conduct the research by the Institute for Security Studies to assess reasons why young people vote, what informs their voting behaviour and how gender roles play a role in protest behaviour.

The ISS research focused specifically on communities considered high protest areas. The chosen sites were Katlehong, Eldorado Park, KwaThema, Atteridgeville, and Actonville. Ages were split between 18 to 19-year-olds and 20 to 29-year-olds to reflect both new and experienced voters.

Roberts said there wasn’t a lot of literature review on the gendered nature of political participation and voting in the country, on how young men and women engage with one another in protests and the perceptions they have of one another, the roles that they identify with and how each chooses to vote and protest.

She said during their discussions, young people mentioned unemployment, corruption, crime, and drug use as key issues they hoped to see addressed. Interestingly enough, land expropriation hardly came up in the conversation. She says this illustrates the extent to which political parties actually consider what young people are concerned about.

“It also goes back to the question of whether young people are constituencies or used as a political ploy to get votes,” she said.

The ISS research finds that young people believe that voting is important because they live in a democracy. It represents freedom from oppression, but they opt out of voting altogether when they see it as offering no benefit to them. Parties making empty promises deter them from voting, says Roberts.

“While voting intention is very high — according to Ipsos polls, 75% people, more or less,(have) register(ed), but only 50% are expected to turn out,” she says.

According to Roberts, an interesting aspect of their findings is the transactional and reactional nature young people have towards voting — that young people take votes as a transaction in exchange for services that they would not necessarily obtain in other ways, for example, jobs and drivers’ licences.

In KwaThema they found that young people were being asked to vote in exchange for jobs by local municipalities and councillors.

“One person said to us: ‘The other day I was attending an ANC meeting and they explained that if we keep attending meetings and vote, we will get jobs,’ ” Roberts said.

In terms of protest action, Roberts said they found that young men self-identified as belonging on the frontline because they believed they were stronger, more physical and angrier about the lack of service delivery. Women, on the other hand, were considered the brains behind the protest and more peaceful in their approach.

She said one reason behind heightened protest behaviour among the youth that came to the fore was because they were not getting access to services and institutions.

“Young people are not necessarily impulsive, but there is a long list of participation and engagement with institutions before a protest is instigated,” she said.

Pillay said that from the Youth Lab study, they found that although there was great political engagement, there was a rejection of formal elections and political processes and a move towards alternative organising and engagement with political topics.

“Just because young people are not in a political party doesn’t mean they don’t know what’s going on,” she said.

Youth Lab is a youth policy think tank working to build the capacity of young people in the spaces that they work. They compiled the South African youth manifesto from the understanding that young people were largely excluded from the manifesto-making process despite making up a large portion of the country’s population. The consolidated report highlighted the voice of the youth, contrasted with what political parties were saying in their manifestos to asses if they reflected the voices of the young.

She said what they found was that young people still wanted to be included and for their voices to be heard, that they want to participate in political engagement, but were unable to see how the system worked for them.

“There’s a rejection of many different things. Once people found out about the kind of electoral system we use, for instance, they were unhappy and asked why people can’t be elected directly. So, there is a rethinking of the role of political parties and what elections actually mean,” she said.

She said there was an idea among young people that elections are not a one-off event, that they represent an entire cycle of events that leaves communities forgotten.

Pillay said young people had picked up on the fact that political parties were campaigning just for votes, but not doing the work of community development.

“They are in tune with the level at which parties are being genuine or not,” she said.

Mosa Phadi, a researcher at the Public Affairs Research Institute, said that although the two reports and their findings were significant, they did not tap into where the country was 25 years into South Africa’s democracy and how the youth operated in that space. She said 25 years later, young people find themselves living in a country where their grandparents and parents could only dream of a good life and freedom, but were presently watching a democracy their forebears had hoped for burn, in some cases literally.

“As we have seen in the past 25 years there have been moments of rapture, regression, disconnect, and lull, and I think the youth has been very important in operating in those spaces,” Phadi said.

According to Phadi, youth participation was always seen through formal participation such as elections, and which is used to measure representation and a sense of voice. But as both reports have indicated this may not be the most accurate measure.

“They may not know what proportional direct representation is and what it means for elections, but there is an element of knowing where the site of power lies,” she says.

From her Marxist views, Phadi said did not see the youth as a class, but rather as a reflection of the mood of society. DM