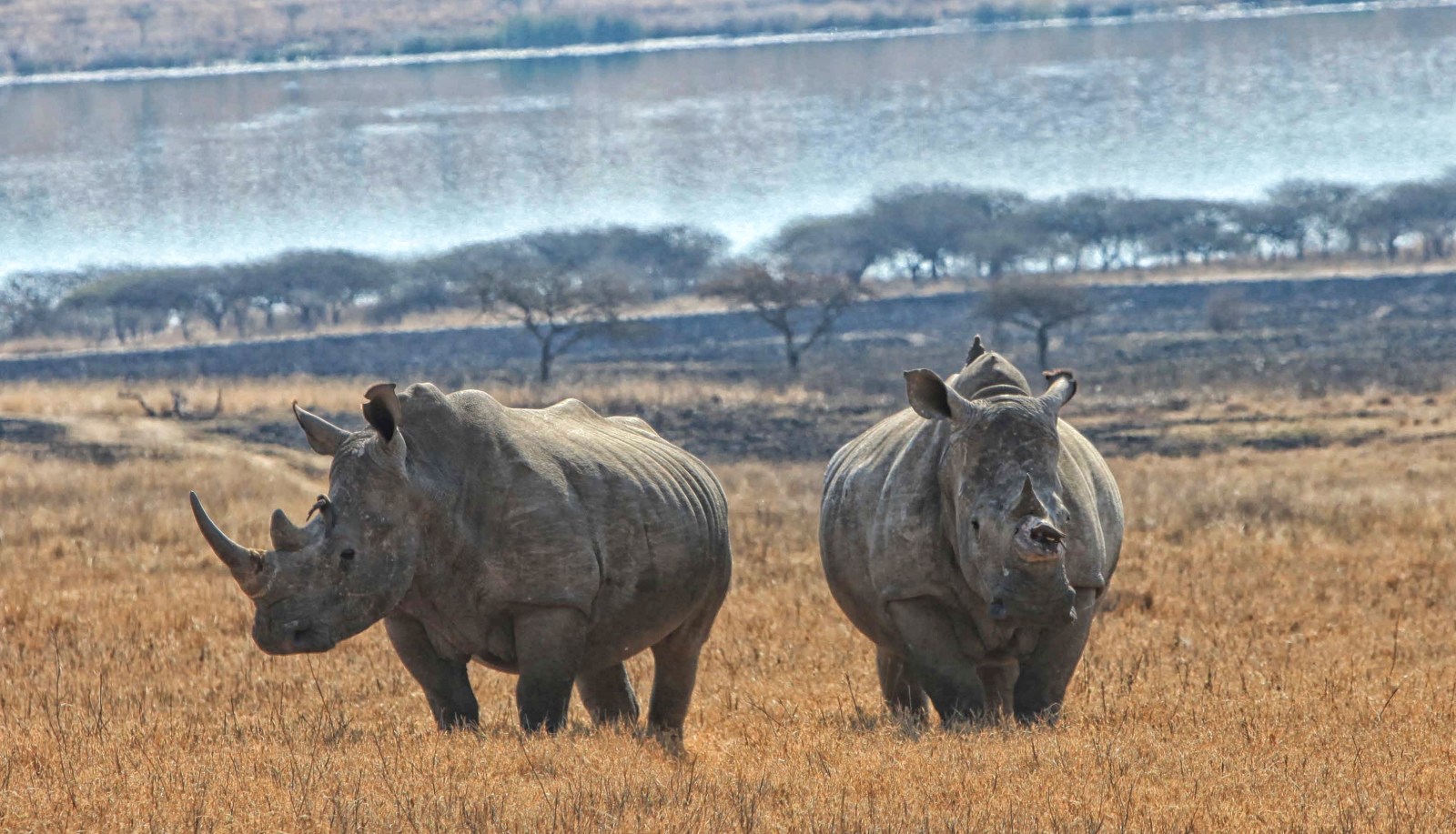 Three poachers are finally convicted of killing a rhino in KwaZulu-Natal: A magistrate lost his patience after a decade of delays — prosecution and defence sources estimated that somewhere between 12 and 25 defence attorneys had been engaged and later dismissed by the accused.

One of the world’s longest rhino poaching trials came to a swift and decisive conclusion on Monday, 25 March when a Durban magistrate lost patience after nearly 10 years of “deliberate and unreasonable delays” by three men who tried, but ultimately failed, to drag out their trial indefinitely.

Convicting all three poachers based on the “overwhelming evidence” placed before him, senior Regional Court Magistrate Logan Naidoo declared that it would have been a travesty to allow the three men to continue holding the justice system to ransom any longer.

The three men, Muntugokwakhe Khoza, 50, Ayanda Buthelezi, 40, and SANDF officer Mduduzi Xulu, 51, were arrested on 26 August, 2009, hours after a rhino was gunned down in the Hluhluwe-iMfolozi Game Reserve — the world cradle of white rhino conservation, where this species was brought back from the brink of extinction almost a century ago by the Natal Parks Board.

More than 7,000 rhinos have been slaughtered by poachers since 2008, with the Kruger National Park — the largest white rhino sanctuary in the world — losing almost half its white rhino population in a decade.

Magistrate Naidoo noted that Khoza and three accomplices were arrested just hours after the crime, when police and conservation officers intercepted them at a roadblock in a pick-up truck carrying a .303 rifle, two axes covered in blood and a pair of rhino horns that had been hacked off the dead animal.

The severed horns, with bone and tissue carved from the rhino’s skull, were later linked to the carcass of the poached animal, using DNA forensic evidence.

While some of the three accused claimed not to have known one another, cellphone recordings showed that they had communicated several times in the days leading up to the crime.

Khoza, who was arrested and convicted for another rhino horn offence while out on bail for the first crime, was then arrested for a third time for a similar offence after serving his sentence and being released on bail.

During this time, Khoza and his accomplices hired and fired several private or Legal Aid Board lawyers several times in an apparent attempt to drag out the proceedings and delay a final verdict.

Though the exact number of defence lawyers could not be established on Sunday night, prosecution and defence sources estimated that somewhere between 12 and 25 defence attorneys had been engaged and later dismissed by the three men.

The poachers tried the same tactic on Monday in the Durban Regional Court when they terminated the services of the latest batch of defence lawyers — Philani Mthethwa, Mohammed Moola and Vusi Ndlovu.

However, the magistrate and senior state advocate Yuri Gangai made it clear that they were fed up with a decade of delays.

Gangai said the trio’s latest bid to engage the service of a new legal representative was just the latest chapter in many attempts to delay the trial by engaging new attorneys “over and over and over again”.

“This is perhaps the longest-running trial I have ever been engaged in — certainly the longest rhino-poaching trial,” said Gangai, noting that Daily Maverick reported in February that Khoza had been arrested more than 3,400 days previously.

Magistrate Naidoo said that to ensure a scrupulously fair trial, he had granted numerous indulgences at the request of the accused — at a considerable financial cost to both the state and to many witnesses.

“The prosecutor has told us that this is possibly the longest-running (rhino poaching case) in the world. Justice delayed is justice denied. This court itself is brought into disrepute,” Naidoo said, saying he now had no choice but to proceed with the trial without granting further indulgences.

Xulu objected that he would take the case on review if he was not allowed to have another attorney to represent him, but the magistrate commented that he was welcome to take the case on judicial review at a later stage — but the point had been reached where Xulu and his co-accused would now have to conduct their own defence in the closing stages of the trial.

In his view, the three men had delayed the trial unreasonably and the court had the power to compel them to conduct their own defence in the circumstances.

“We must proceed today.”

Just hours later, after sitting through the lunch adjournment, the trial was completed with these words:

“The accused knew (the) game was up… the court has a duty to ensure that justice is done and seen to be done… and finds that the accused are guilty.”

After convicting Khoza, Buthelezi and Xulu all on eight charges related to rhino poaching — and revoking their bail — magistrate Naidoo indicated that he would adjourn the court for sentence on Tuesday. DM