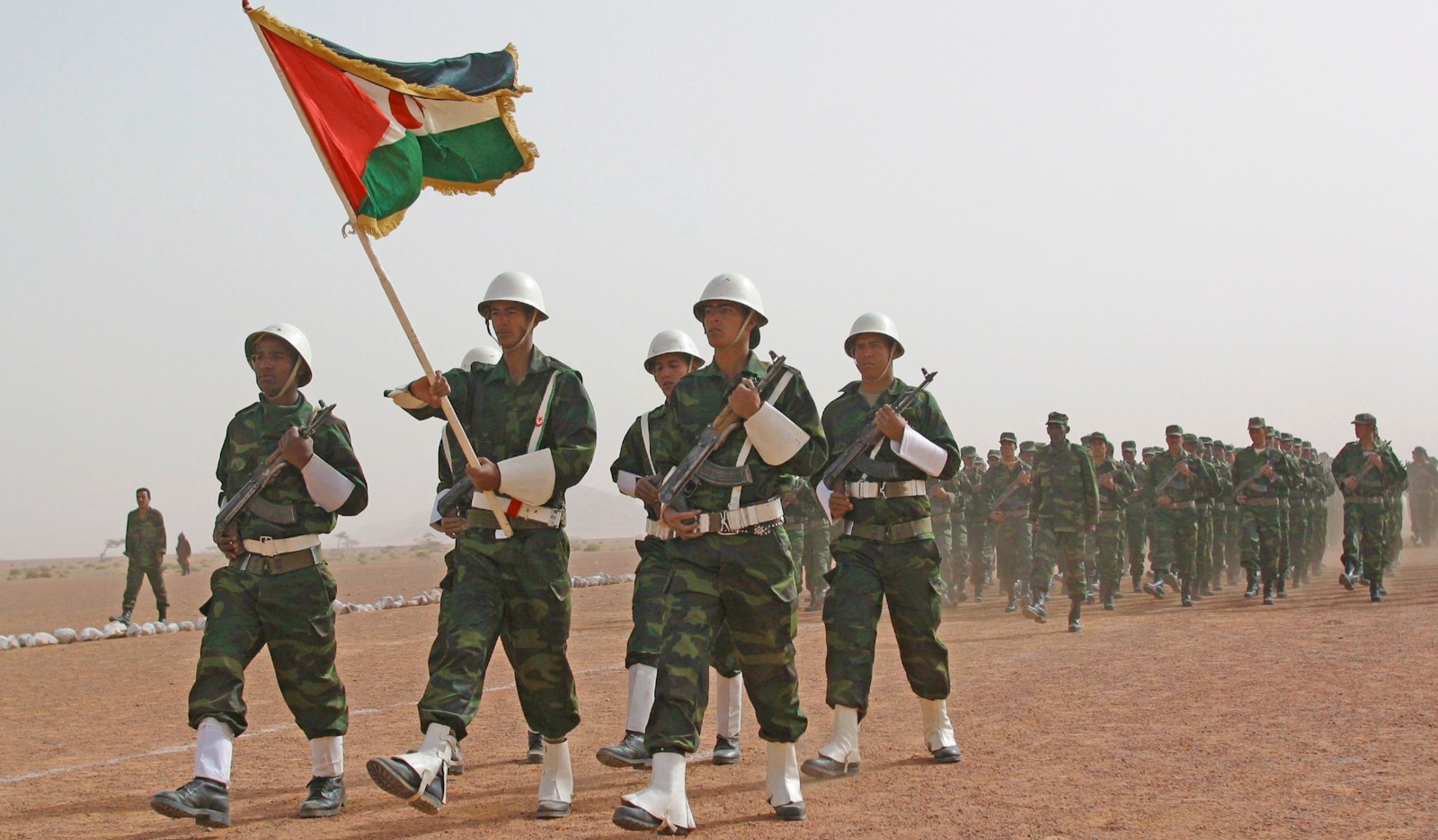 Sahrawi soldiers take part in a parade during festivities to mark the 33rd anniversary of the Sahrawi Arab Democratic Republic (SADR), in Tifariti, Western Sahara on 27 February 2009. The Sahrawi Arab Democratic Republic (SADR) is a partially recognised state which claims sovereignty over the entire territory of Western Sahara, a former Spanish colony. EPA/STR

On 25 and 26 March 2019, the Southern African Development Community will convene a Solidarity Conference in the City of Tshwane with the Sahrawi Arab Democratic Republic. The conference will confirm the region’s support for the decolonisation of the occupied territory and for the holding of a referendum on self-determination for the Saharawi people.

Western Sahara is a Non-Self-Governing Territory of the United Nations that lies in the Sahel region, bordered by the Kingdom of Morocco, Algeria and Mauritania. The territory has been occupied by Morocco since 1975. The Moroccan occupation was triggered by the 6 November 1975 Advisory Opinion of the International Court of Justice stating that there was no “legal tie of territorial sovereignty between Western Sahara and the Moroccan State”.

In response to the Moroccan occupation, the Sahrawi people mobilised for armed struggle under the leadership of the Polisario Front. UN General Assembly Resolution 34/37 of 1979 recognised the Polisario Front as the sole legitimate representative of the Saharawi people. A ceasefire agreement was concluded in 1991, culminating in the establishment of the United Nations Mission for the Referendum in Western Sahara.

South Africa has a long association with the Polisario Front and the Saharawi people, based on the common struggle for decolonisation and liberation from occupation. During the struggle against apartheid, South African liberation movements and the Polisario Front cultivated strong fraternal relationships, and activists mobilised and supported each others’ causes across the globe.

After South Africa’s liberation, President Nelson Mandela signed the directive setting up full diplomatic relations between South Africa and the Sahrawi Arab Democratic Republic in June 1995. President Mandela was also clear that the struggle for the freedom of the people of Western Sahara should continue and should be supported by South Africa.

The UN has expressed itself on various occasions and in various resolutions on the imperative of liberating the Saharawi people.

Resolution 1514 of 14 December 1960, also known as the “Declaration on the Granting of Independence to Colonial Countries and Peoples”, interprets the UN Charter in such a manner that it amplifies the anti-colonial struggles of peoples and their desire for self-determination and full sovereignty in the community of nations. The declaration boldly states that the “subjection of peoples to alien subjugation, domination and exploitation constitutes a denial of fundamental human rights”.

The declaration shaped the work of the General Assembly and International Court of Justice, and informed the 1971 Advisory Opinion of the court on South Africa’s presence in Namibia; the 1975 Advisory Opinion on Western Sahara; and the 1986 ruling on efforts to overthrow the then government of Nicaragua.

It also informed resolutions of the General Assembly that provided the South African liberation movements with safeguards in their efforts to end apartheid and bring about a free and democratic South Africa.

For South Africa it is therefore a cause for deep concern that the call contained in the declaration for “the inalienable right of all peoples to complete freedom, the exercise of their sovereignty and the integrity of their national territory” is continuously and flagrantly violated in the case of the Saharawi people, with no end in sight to their subjugation, oppression and collective suffering.

The occupying power has entrenched itself using overt and nefarious means so as to sabotage the struggle of the Saharawi people for self-determination. These efforts are aided and abetted by the collaboration of other countries; by willful ignorance and the turning of a blind eye by those who should know better; and by the unfortunate manipulation of multilateral bodies.

It is noteworthy that there have been a number of important judicial decisions concerning Western Sahara.

In December 2016 the European Court of Justice affirmed that a Non-Self-Governing Territory has a separate and distinct status from that of the administering state, which exists until the people have exercised their right to self-determination.

In July 2018 the European Court of Justice recalled a prior ruling of December 2016 stating that EU trade agreements with Morocco could not include Western Sahara or its territorial waters since the territory is not part of the Kingdom of Morocco.

The issue of the exploitation of the natural resources of occupied Western Sahara is of particular concern. The UN General Assembly Resolution 71/103 of 23 December 2016 holds that “any economic or other activity that has a negative impact on the interests of the peoples of the Non-Self-Governing Territories and on the exercise of their right to self-determination… is contrary to the purposes and principles of the Charter” of the United Nations.

SADC has expressed concern that colonialism on the continent has not been eradicated.

On 15 June 2017 the High Court of South Africa delivered a precedent-setting judgment on a cargo of phosphate mined in Western Sahara and en route to New Zealand, ruling that ownership of the cargo was vested in the people of Western Sahara and had been exploited without consultation with the Polisario Front and without its consent, and was therefore forfeit.

With this landmark judgment, the High Court of South Africa breathed life into General Assembly Resolutions 1514, 1803 and 71/103, and sent a clear message to South African and foreign companies that the illegal exploitation of the natural resources of Western Sahara would have serious consequences in South African law.

The court affirmed that sovereignty over the resources of the occupied territory is vested in the Saharawi people, not the occupying power or its economic agents and surrogates. The High Court also reaffirmed the right of the Saharawi people to self-determination in line with the UN Charter and numerous General Assembly resolutions.

It is against this background that the SADC family invited the Polisario Front and Saharawi people to join us at the southern tip of our continent on 25 and 26 March 2019 to explore what we can do together to resolve the situation of Western Sahara; how to advance a just, lasting and mutually acceptable political solution; how to ensure respect for international human rights law and international humanitarian law in the occupied territory; and what needs to be done to end the illegal exploitation of the natural resources of Western Sahara.

It is our firm belief that the SADC Solidarity Conference on Western Sahara will give direction to our efforts to free the Saharawi people from their subjugation, enable them to exercise their right to self-determination, and remove the blight of colonialism and oppression from the face of the African continent once and for all. DM

Luwellyn Landers is an ANC MP and the first Deputy Minister of International Relations & Co-operation.