AFTERMATH OF A STORM

Picking up the pieces after Cyclone Idai 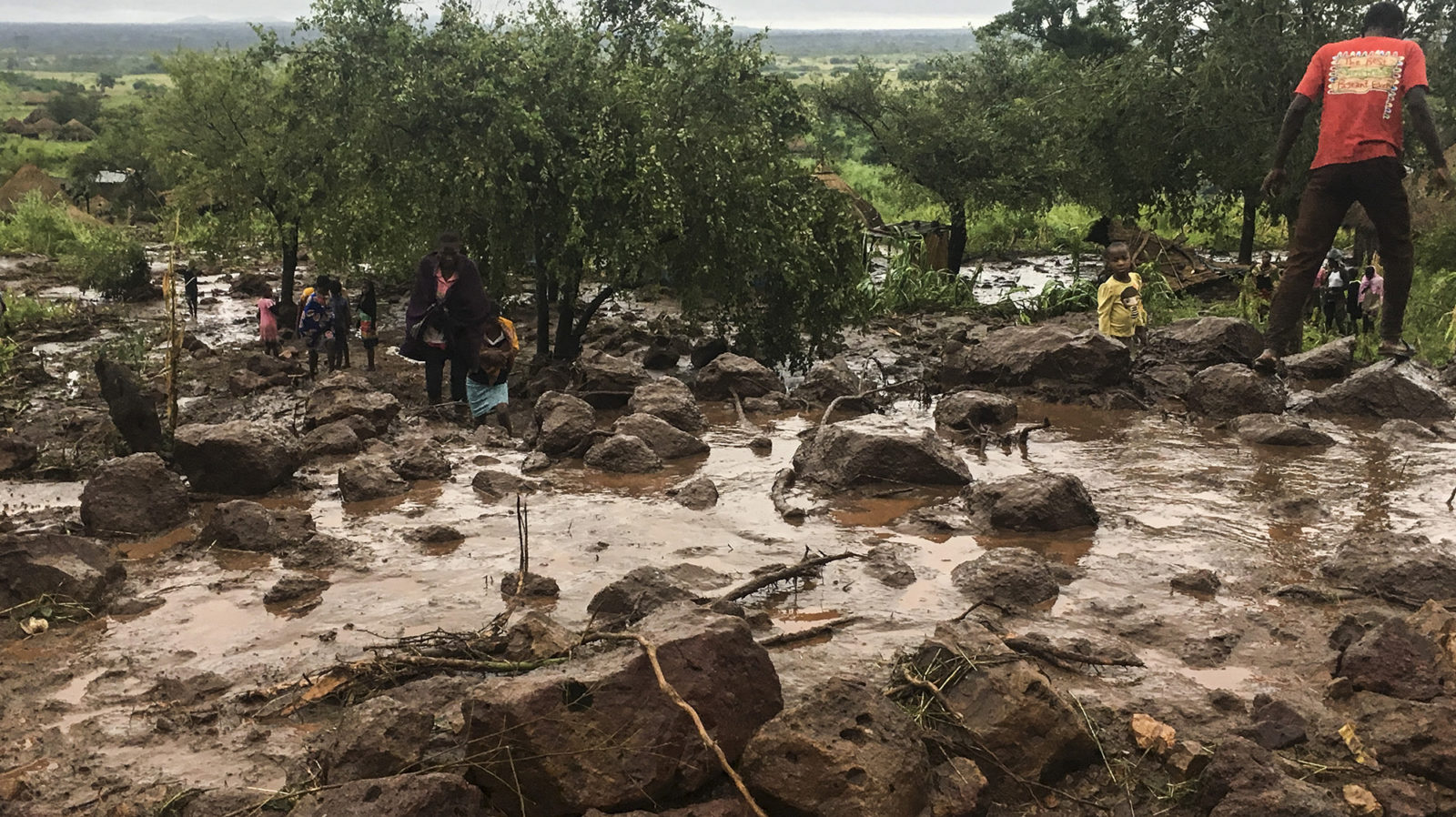 Inhabitants of Chiluvi, a village in central Mozambique, walk along a flooded and muddy street after Cyclone Idai and Floods that hit the region, in Nhamatanda, Mozambique, 13 March 2019 (Issued 18 March 2019). Chiluvo, together with Nhamatanda, Sofala, illustrates the tragedy that is experienced throughout the central region of Mozambique, especially in the provinces of Sofala and Manica, where there will already be between 73 and 84 confirmed deaths, according to official figures, leaving thousands in need of relief for remaining isolated in a flooded region. EPA-EFE/ANDRE CATUEIRA

As Tropical Cyclone Idai dissipates, it leaves a trail of destruction in its wake. Hundreds of people are missing, the death toll keeps rising and thousands of people in Mozambique, Malawi and Zimbabwe are picking through the remains of their destroyed homes in an effort to rebuild their lives.

The South African National Defence Force (SANDF) has deployed personnel to stricken Mozambique to assess the damage that Cyclone Idai wrought when it made landfall on 15 March.

Once an assessment had been made, teams from the army would be deployed to help, SANDF spokesperson Brigadier-General Mafi Mgobhozi told Daily Maverick. He said a team had already been deployed to Malawi, but information from there was scant as communication lines were down.

Humanitarian aid organisation Gift of the Givers has partnered with the Malawi Defence Force, the Malawi Red Cross and the Department of Disaster Management Affairs to respond to the needs of the affected communities.

Gift of the Givers founder Dr Imtiaz Sooliman said the organisation was working with the SANDF, particularly on information-sharing at this stage.

“Malawi is sorted out at the moment. We have intervened in Malawi to support the victims of the flood, targeting 1,100 families in seven out of 11 districts affected because they are more in the southern part, which was largely affected by the flood,” Sooliman told Daily Maverick.

Sooliman said Zimbabwe was proving difficult to reach as roads were damaged and closed.

“We are on standby with supplies for Zimbabwe and we are hoping that by tomorrow (19 March) we will be able to get there,” said Sooliman.

Getting aid to Mozambique was being hampered by poor communication.

“No one can reach that area. Their communications is down. The water is everywhere. The harbour is closed. There is just total damage. We need to assess the area and know what supplies they need,” Sooliman said.

The South African Weather Service said that even though the cyclone had dissipated, “heavy rains are affecting the rescue and recovery efforts. However, the worst of it is over”.

Cyclone Idai made landfall during the night of 15 March near the coastal city of Beira (Sofala Province) in Mozambique. The strength of the storm resulted in Beira losing electricity and communications. After ripping through that area, leaving severe damage, it moved westward into Zimbabwe and Malawi.

“An estimated 600,000 people are affected of which 260,000 are children. Thousands are displaced because their houses are destroyed,” reads a statement by the United Nations International Children’s Emergency Fund (UNICEF) Mozambique.

But the full impact of the cyclone is yet to be fully determined.

The UN Office for the Co-ordination of Humanitarian Affairs says the damage is serious. It has listed the following issues in the three affected countries:

South African Minister of International Relations and Co-operation Lindiwe Sisulu has appealed to NGOs, companies and individuals to make donations towards humanitarian aid for affected people in Malawi, Zimbabwe and Mozambique.

Sisulu urged any South Africans affected by the floods to contact embassies in the three countries.

“We have directed all our embassies and diplomats to continue to work with the three countries to assess the damage,” said Sisulu.

About 150 people have been killed by the cyclone, the International Federation of Red Cross said.

“But this number is likely to change as the full extent of the damage becomes clear. More heavy rain is also anticipated and this may lead to further devastation.”

South Africans are also feeling the effects of the storm. Part of the reason the country is undergoing stage four load shedding is that power supply from the Cahora Bassa hydroelectric facility has been interrupted.

Speaking to EWN while on a campaign trail in Mahikeng, North West, President Cyril Ramaphosa said SANDF units had been ready to go into Mozambique to help with rescue operations on Sunday, 17 March.

“I’ve also directed them to go and work with Eskom in Mozambique where the pylons came down. SANDF units are going to be there looking at how we can restore energy,” Ramaphosa said. DM