Group Five: Another SA construction giant buckles under the pressure 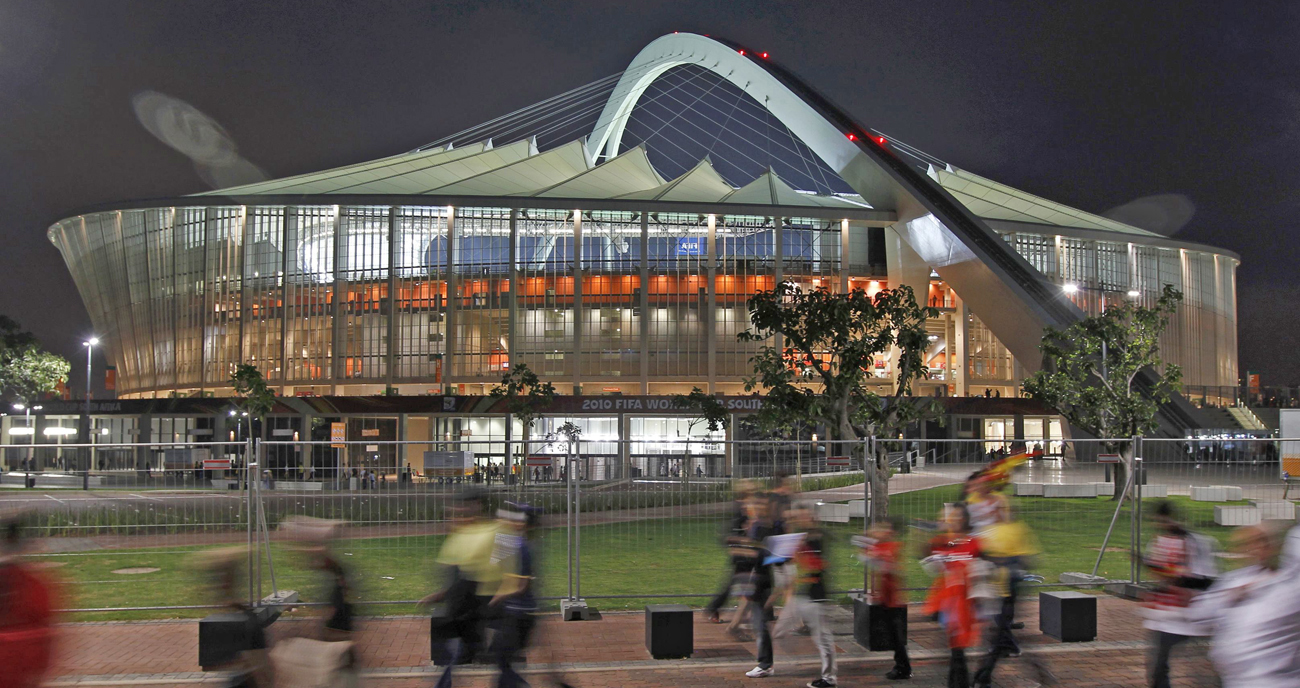 Group Five, one of SA’s biggest names in construction and the company that built the Moses Mabhida stadium and King Shaka airport in Durban, filed for business rescue on Tuesday 12 March, becoming the latest in a long line of construction companies that have gone under in the past few years. The question now is not so much whether the company can be saved, but whether the sector can ever be revived, and if so, how.

The decision by Group Five to file for bankruptcy protection puts about 8,000 jobs at risk and the broadest reason for its implosion is a stagnant economy and lower government infrastructure spending. But the proximate cause is, in fact, nothing to do with SA; it was a Ghanaian power project, Cenpower Generation, which became a disaster for the group.

After the project collapsed, the company claimed on a $62.7-million guarantee for the failure to complete the project which decimated Group Five’s cash flow, always a tricky problem for construction companies to manage.

But it’s not as though Group Five would definitely have survived were it not for this one disastrous project; the whole listed construction sector has been under huge pressure for the past three years. One of Group Five’s biggest rivals, Aveng, is presently trading at bankruptcy levels. Morbid eyes will now be cast towards this company too.

The decline of Group Five has been just gobsmacking. Its share was suspended on the JSE at 89c, which gives it a market value of about R100-million. A decade ago it was worth R5-billion.

Yet, the picture is uneven. While Basil Read and Liviero recently also went into business rescue, Wilson Bayly Holmes and Raubex have managed to hold on to their market values, illustrating how diverse the sector is. In fact, unusually, the JSE-listed construction companies together form a minority of the industry.

So what is happening here?

The biggest problem has been the obvious one: The SA economy has barely grown for more than a decade. That followed a fabulous construction boom prior to the 2010 Fifa World Cup, during which all the big SA construction companies besmirched their names by colluding on the construction of the stadia.

The second obvious problem is that the companies which have focused most on civil engineering, which requires government expenditure, have suffered most. Successive presidents have talked a big game about infrastructure development, but the numbers have only partially supported their enthusiasm, and more recently government expenditure on infrastructure has just plummeted. In 2018 there was a 15% decline in the estimated value of construction tenders awarded compared with 2017.

But some of the blame should also be ascribed to the companies themselves. According to a recent Financial Mail article, in 2007, revenue for all construction companies was about R60-billion, and about R80-billion a year later. Fast-forward to 2015, and revenue was R144-billion, and R130-billion a year later. But in 2008, its net profit was around R6-billion — which dropped to R2.9-billion by 2016.

“The years of fat left the companies ill-prepared for the years of lean. Whereas a decade ago, a company could absorb a productivity-sapping strike or mispriced project, it can’t afford such missteps today,” the publication comments.

According to Marc Ter Mors, head of equity research at SBG Securities and a construction sector analyst, one of the big problems has been the pricing model used in SA which tends put all the risk in the hands of the construction companies.

It was exactly this problem that tripped up Group Five, because the company had to take the fall for all the problems whether they arose from sub-contractors, or project creep, or changes in government policy which might affect excise duties which might affect the importation of construction material.

Ter Mors said this is unlike the typical construction contracts in Europe and the US which use a “cost plus” system.

This issue aside, the urgency behind President Cyril Ramaphosa’s proposed R100-billion infrastructure programme is now acute, Ter Mors said. One of the odd problems is that government under-expenditure was presently extremely high and increasing.

Money that is in the budget, but not spent, has increased to about 24% of the total allocation, way above the 10% average.

The government also needs to actually implement some of the new financing systems. There has been a lot of talk about public-private partnerships, but beyond the solar projects, there has been little evidence that more of these projects are being approved.

There are also the so-called BOT projects, (build, operate, transfer projects) which could also assist the financing process and avoid the political criticism that government is “privatising” assets.

As it is, SA is at risk of having to rely more on foreign construction companies, which is exactly the opposite of what government intends, he said. DM