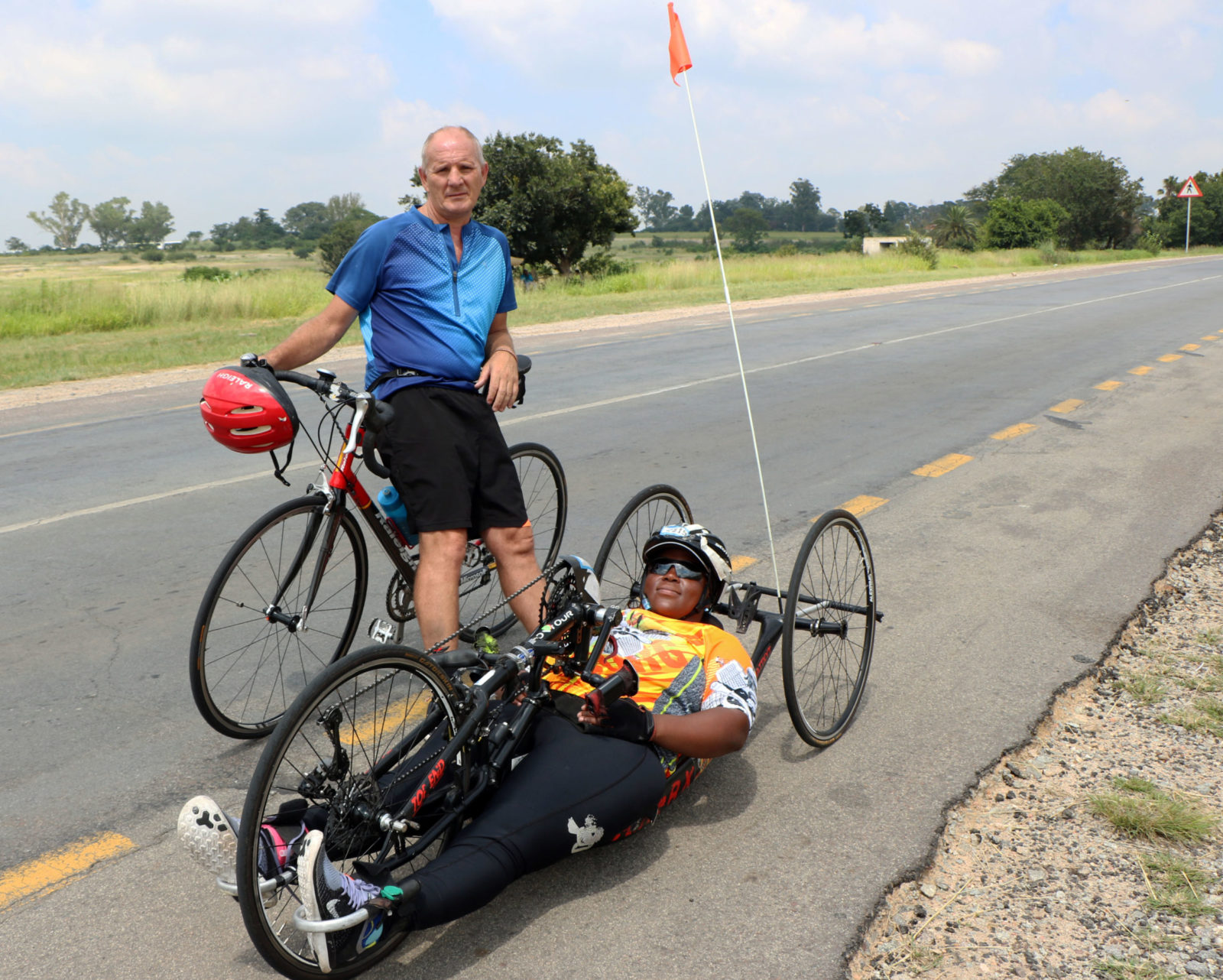 Four years ago, Palesa ‘Deejay’ Manaleng thought any chance of a career in sport was over when she suffered a cycling accident that left her paralysed from the waist down. Today she is the South African handcycling champion in the H3 category and planning a future which includes representing her country at a range of global para competitions.

Palesa ‘Deejay’ Manaleng says it was a psychological war room, adapting to her situation after her accident. But after conquering the “mind games” she says came with disability, she was ready to take the wheel on the open road to her destiny. Her spirit of determination, perseverance, and a hunger for success were her fuel.

“I trained the first day I day I got out of hospital,” she says with a smile.

She is quick to point out that it was not by any means an easy process adapting to this change of lifestyle.

“You go from taking for granted something as simple being able to grab a cup from the cabinet, to now having to ask someone to do it for you because you can’t reach.”

Manaleng has been playing sport for as long as she can remember, as far back as in her mother’s stomach, she reckons.

When asked by Daily Maverick about the origins of her nickname, she says:

Of course, the “deejaying” she’s referring to is being exceptionally skilful with the ball.

She goes on to list a plethora of other sports she immersed herself in throughout primary school, from netball and swimming to hockey and weightlifting.

Manaleng lost her ability to walk after her bicycle brakes failed when going downhill. She crashed into the palisade fence around the University of Johannesburg rugby stadium and dislocated her spine, broke two ribs, punctured a lung, fractured a shoulder and sustained head injuries.

Her love for the sport, as well as writing, helped her immensely in the process of healing and acceptance of this new life that awaited her.

Asked by Daily Maverick to choose which one is most dear to her, she says:

“I can’t choose; that’s like trying to separate meat and bone. They (writing and sport) are both like breathing and they each helped me in the process of healing.”

Manaleng, who is also a wheelchair track athlete, was born in Polokwane and lived with her grandmother until the age of 6, when she moved to Witbank. Later, she moved to Johannesburg. She has since moved to Westdene, which is near the University of Johannesburg’s (UJ) Auckland Park campus.

She is a second year Public Relations student at this institution, studying on a sports bursary. She says that despite already holding a Bachelor’s degree in Journalism from Tshwane University of Technology, she couldn’t pass up the opportunity to further her studies when the opportunity came from UJ.

She seems to be superhuman, as on top of being a full-time student, and competing in tournaments around the country, she also works as a social media co-ordinator at eNCA.

When the question of sleep comes up, she says:

“Do I really need eight hours to sleep? If I get five hours of sleep, I’m good. Then eight hours of work. Whatever time I have left after that is spread out for my different training routines.”

She trains for cycling at least four times a week, sometimes on the road. This she does at the Cradle of Humankind because she doesn’t have to worry about traffic. When she’s not on the road, she’s at the UJ gym with Denis Dlomo, a gym instructor at the institution who has taken on the mantle of being her personal trainer.

Dlomo says he first encountered Manaleng in 2016, when she used to come to the gym.

“I’d see her at the gym, and I was just intrigued by her. She was supposed to be under the guidance of a sports scientist, but we didn’t have one here. So, I saw her and wanted to assist her,” said Dlomo.

Asked what it was like to work with Manaleng, Dlomo says:

“Palesa is goal-driven and a hard worker. This gives me motivation to push her harder. It’s amazing, but she trains harder than some able-bodied people here at the gym.”

On her determination and constantly pushing boundaries, Manaleng says:

“It’s not about me. It’s about inspiring little kids that want to achieve, but because of whatever circumstances they’re facing, they feel like it’s impossible. It’s about changing the mindsets of people with regards to disability.”

She feels that mindsets need to change in those who govern in sports bodies too, because if you’re not doing mainstream sports, funding is very difficult to obtain.

“I’d also love to compete more internationally, because that will make me even better, but because of funds I’m unable to.”

However, she is quick to point out how grateful she is for the support she’s received and continues to receive from UJ.

“UJ supports me, they’re outstanding, but I’m not the only athlete they have. So, their support can only go so far,” she said.

She says that all the challenges she faces motivate her to be the best.

She and her trainer Dlomo have their sights firmly set on the Tokyo 2020 Paralympics.

“That is our biggest target for the immediate future. If we can get to that, I think everyone who has supported Palesa will feel immense satisfaction,” says Dlomo.

Manaleng, who ranks eighth in the world out of 27 countries in her category, expresses her gratitude to all those who have supported her in her journey thus far. This includes her coach, trainer, family, UJ sports management, friends and family. DM