By Anso Thom and Marcus Low for Spotlight• 7 March 2019 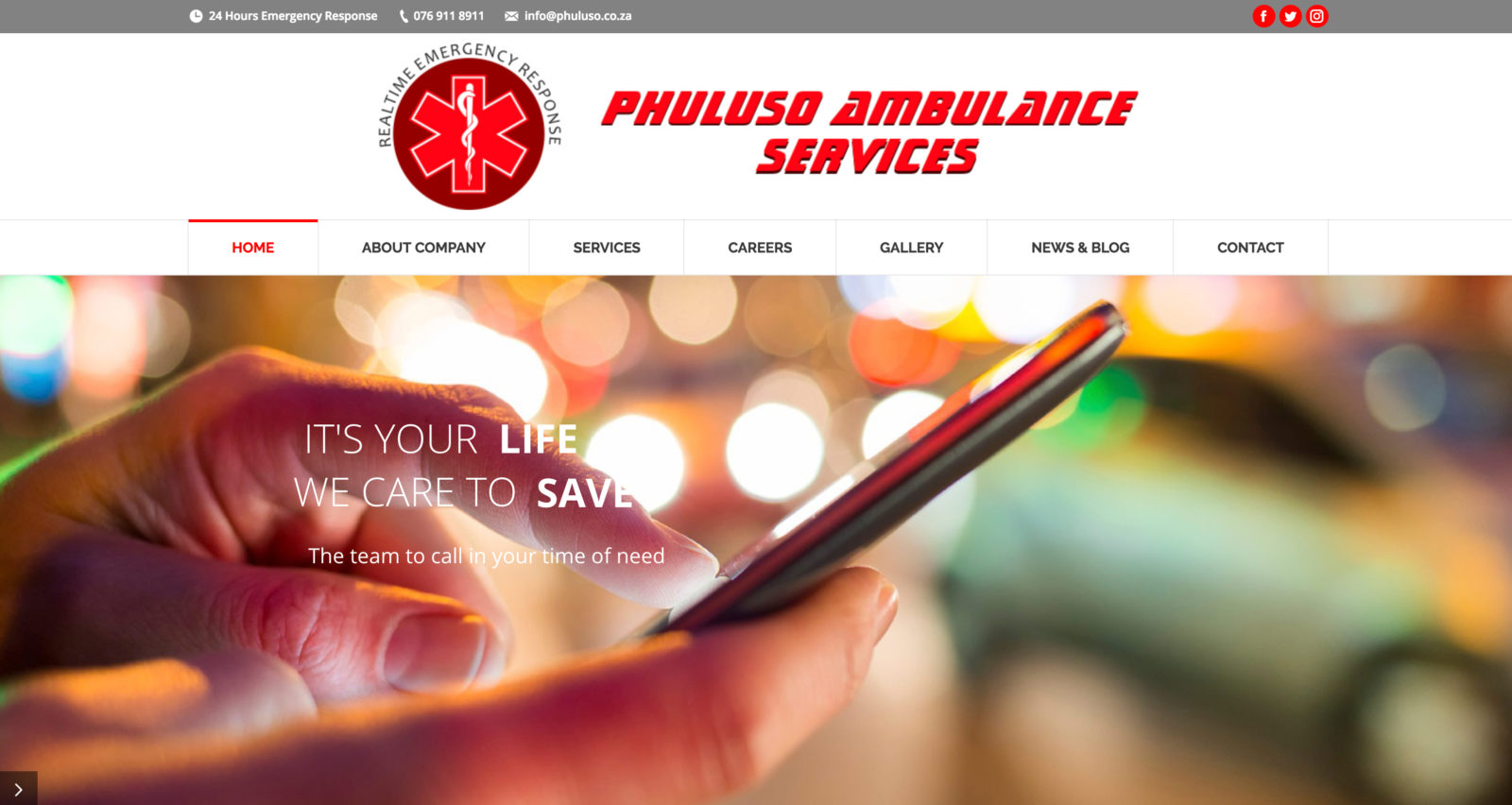 Two doctors, who run a small-scale ambulance service in Louis Trichardt (Makhado) in Limpopo with no aeromedical experience, landed a lucrative air ambulance contract with the provincial health department which has already paid out close to R3-million in four months.

Phuluso Ambulance Services scored a six-month contract in a joint venture with Fim Aviation, a one-man outfit, also with no track record in aeromedical operations. Fim Aviation then brought in Johannesburg-based Black Eagle Aviation to supply a medically equipped helicopter and crew at the Polokwane base as it did not at the time have the correct licensing to operate an aeromedical service. Why the province did not contract Black Eagle Aviation directly is not known.

It has also now emerged that the province’s aeromedical service was grounded on 18 February 2019 after Phuluso and/or Fim Aviation allegedly failed to pay Black Eagle Aviation. The Limpopo health department confirmed on Friday that the service had been suspended between 18 and 28 February, but that it re-commenced last Friday. The department denied that it had continued to pay Phuluso despite there being no service.

Facebook and Twitter accounts and a website for Phuluso Ambulances tell a story of a small-town outfit with two ambulances, a small crew and mostly social photographs. The company has tweeted once. Nowhere does it refer to any experience in aeromedical services, proudly sharing details of how its services are sought-after for sporting events in the small town.

Netcare responded to Spotlight’s attempts to get comment and clarity via their group company secretary and general counsel Lynelle Bagwandeen:

“It should be noted that Dr Tshivhula does admit patients as an Obstetrician/Gynaecologist (practice) to the Netcare Pholoso Private Hospital and also admits patients to the neighbouring competitor hospital. Doctors at Netcare are independent practitioners who practice for their own account and have an independent and arm’s length relationship with Netcare.”

Tshivhula is registered as a director of Mediclinic Limpopo, appointed in 2017. Spotlight approached Mediclinic for comment. It replied the following day with a “not in a position to comment on this matter” (after previously asking for more time to respond).

When contacted by Spotlight on 28 February, Fim Aviation director Isaack Mudau said he was not aware that the service in the province had been stopped 10 days before, saying “as far as I know the service is ongoing”. He admitted that there “were some issues that have to be resolved”, but provided no further detail and suggested Spotlight contact Black Eagle.

Mudau demanded to know where Spotlight had got his number and refused to answer any further questions.

Fim Aviation’s other director is Isaack Mudau’s wife Rebecca Mudau. Isaack Mudau is also a pilot with Eskom and a former pilot with the South African Police.

Black Eagle Aviation director Segran Govender ignored all attempts to reach him for comment. He is understood to be in Limpopo piloting the aircraft.

Questions about the new tender

Limpopo is set to announce the award of a lucrative three-year R16-million-a-year aeromedical contract that will replace the month-to-month contract with Phuluso. However, there have already been question marks around the current tender process.

The bid documents for the Limpopo aeromedical service were first published on 28 August 2018, calling for one 24-hour Air Ambulance helicopter service for a three-year period. Unlike other provinces, there was no pre-bid meeting. (The validity of this bid process expired on 27 January 2019.)

The tender has since been re-advertised with essentially the same tender specifications and a closing date of 11 February 2019. One risk of such a cancelled and re-advertised tender process is that the pricing companies submitted the first time are known in the department and may in some cases be leaked to other bidders in order to guide their bids for the second time — although Spotlight has no evidence that this happened in this instance.

The delay with the tender process has meant that Limpopo has instead been procuring aeromedical services on a month-to-month basis (the contract with Phuluso). Here too there are red lights.

At least one company was given less than 48 hours to bid. Red Cross Air Mercy Service (AMS) confirmed that they were contacted via email on 16 October 2018 at 4.08pm and given only until 11am on 18 October to submit a substantive quote for the month-to-month service. This included getting the physically signed documents from Cape Town to Polokwane via courier.

AMS’s bid was unsuccessful despite the provider having a base in Polokwane with the crew and a helicopter ready to take to the skies.

It was at this time that Phuluso was given the month-to-month contract despite having no previous experience in the province and no aeromedical base. It is also hard to understand why, given their lack of expertise in this area, Phuluso was approached for this contract in the first place (the month-to-month contract was not openly advertised as would be the case with a tender, but companies were approached directly).

Spokesperson Neil Shikwambana confirmed that there was no pre-bid briefing for the new tender “because it was not necessary”.

“The tender specification was clear and covered all aspects of the service required,” he said.

Asked to comment on the fact that Black Eagle has suspended services due to non-payment, Shikwambana said:

“This is a matter between Phuloso and Black Eagle, as the department does not have a contract with Black Eagle.”

Shikwambana would also not be drawn on when the outcome of the three-year tender would be announced:

“Tender processes and procedures are in progress and it is anticipated that the decision will be taken within the prescribed period.”

The developments in Limpopo are the latest in a series of controversial and puzzling incidents linked to the aeromedical service in the province. Spotlight reported in 2018 on the ongoing shenanigans around the province’s participation in a previous national aeromedical tender.

Red Cross Air Mercy Service (AMS) was in 2018 sidelined in the province in favour of a controversial joint venture between Buthelezi EMS and HALO Aviation. AMS has nevertheless been maintaining a base in the province as it was given notification by the Limpopo department of health to resume services on 1 April 2018. This notice was later rescinded without reason.

AMS took this to court and the North Gauteng High Court ruled in favour of the air ambulance operator. Despite this ruling, the Limpopo health department did not reinstate the services of AMS and is now facing a contempt of court application. DM