Busisiwe Mkhwebane: How to ruin a Chapter Nine institut...

Busisiwe Mkhwebane: How to ruin a Chapter Nine institution in 28 months 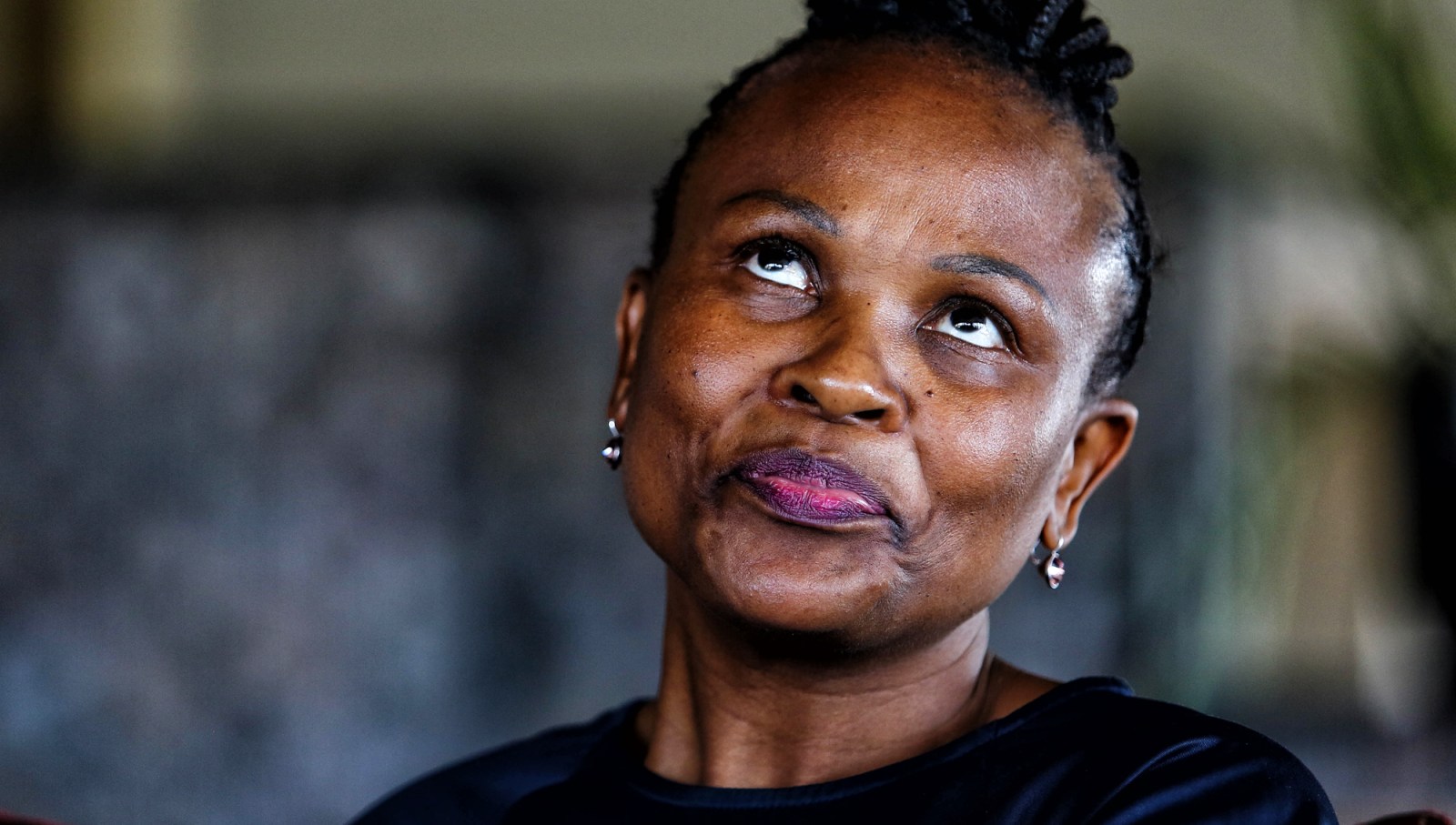 On Sunday morning it emerged that Finance Minister Tito Mboweni had said in court papers that National Treasury’s reputation was undermined by Public Protector Busisiwe Mkhwebane, who herself disclosed last week that more than half of her remedial actions have not been implemented. However, it was her own behaviour and her obvious mistakes that led to the wave of disaffection with her and the important democratic institution she is entrusted with leading for seven years.

The Sunday Times led with the claims made by Mboweni, who in his court papers said that his ministry has a very real and direct interest in the outcome of the case. The comments are made in an application in which Mboweni says he will challenge in court her finding that his director-general, Dondo Mogajane, had been dishonest by not disclosing that he had a criminal conviction for speeding. The story also suggests that the finding by Mkhwebane may be part of a bigger campaign to weaken the Treasury.

There is history to this. Former President Jacob Zuma was accused of trying to damage the Finance Ministry while he was in office, first through his firing of finance minister Nhlanhla Nene and the appointment of Des van Rooyen, as well as through the deliberate hounding of his successor Pravin Gordhan.

This which ended with Gordhan’s sacking and South Africa’s immediate downgrade into junk status by two out of three global credit rating agencies.

Mboweni has also publicly attacked Mkhwebane, using unusually direct language, even for our politics. Just before his Budget speech, during a press conference, he said that “I think the Public Protector has a problem… the incumbent has a problem”.

While it is one thing for a minister to take a public protector’s finding on review, it is quite another to launch such a direct and personal attack.

Meanwhile, last week, Mkhwebane herself held a press conference to “name and shame” those who are ignoring her findings. The numbers that she gave could be described as staggering in themselves. She has issued 70 reports. Of them, a full 21 are being challenged in court.

Mkhwebane says she only has the resources to defend 13 of those. The number of challenges suggests that nearly a third of the people ordered to conduct remedial action disagree with the public protector so strongly that they’re prepared to go to court.

But the other important number is this: Mkhwebane says in 38 of the 70 reports the remedial action is being ignored. Which means in more than half of the cases, people in government — and presumably in most cases in the ANC — feel that they can just ignore her and do so pretty comfortably.

It is obvious that there is a serious problem with the office and how it is perceived.

It should be remembered that the law is clear. The Constitutional Court’s Nkandla judgment found that the remedial action of the public protector cannot be ignored. It is “binding”.

The only way not to implement it is to challenge it in court. Which fully 21 organs are now doing. And Mkhwebane must be correct when she says that the departments which are not challenging her in court and who are not implementing her remedial action are in fact breaking the law.

It may now be important to ask why those who are not challenging the reports and not implementing them feel that they can do so. The easiest answer, of course, is because they can — because they believe there will be no consequence for ignoring Mkhwebane. In other words, they do not respect her and do not fear her. They do not believe that anyone will come to her defence or compel them to implement her findings.

It may be useful here to compare how Mkhwebane is perceived with her predecessor Thuli Madonsela. When Zuma refused to implement Madonsela’s remedial action on Nkandla, a variety of constituencies rose to support her and to force his hand.

Civil society groups jumped in and eventually the EFF took the issue to court, were joined by the DA, and won the final case. Pretty much the whole country was behind Madonsela.

Similarly, when Madonsela started to investigate State Capture claims it became clear that a campaign against her was being organised by the Zuma/Gupta forces. The State Security Agency and their allies claimed she might be a “CIA spy”. That only led to a greater wave of support for her. The slogan “protect the Public Protector” began to gain currency.

Mkhwebane was blessed by none of the goodwill that Madonsela enjoyed.

And those who should be implementing the remedial action she has imposed are perfectly aware of Mkhwebane’s lack of a firm constituency outside Zuma’s acolytes.

Her first big public case involved the claim that Absa should pay more than R1-billion for a bailout conducted by the apartheid government. She used that complaint to somehow feel powerful and righteous enough to order Parliament to change the Constitution and amend the mandate of the Reserve Bank, which was clearly ludicrous.

Then it emerged that among the people she had met while writing that report were part of the State Security Agency. At some point in the meeting, someone in her staff made a handwritten note asking what the weaknesses of the Reserve Bank were. (Her office denied that it was she who wrote the note.)

While all of that might have been enough to delegitimise her in the eyes of some, it was her next action which perhaps weakened her below the waterline, so to speak.

And this is the real problem that lies with Mkhwebane. It is in the fact that someone who makes a finding and does not defend it may actually be entirely not convinced about her own position, or simply playing for time, knowing full well that it would crumble under legal scrutiny. It suggests that if she is not sure of what she is doing, she can simply be ignored.

In this situation, more specifically, she says that in eight cases she doesn’t have the resources to defend her own findings. This normally should not be a problem because if she were to win her office would normally win costs, though there might be a short-term cash flow issue.

But what this really means is that in these eight cases her stated reason for not defending them may not actually be true; it may simply be that she does not feel safe enough in her own findings; that she is likely to fail again and the money would be wasted on the case — and where the people she is making findings against know that they would win.

As a result, serious questions about whether the Office of the Public Protector is in itself being damaged must be asked. Certainly, it demonstrates the importance of the incumbent for the health of one of South African democracy’s most important institutions.

It should not be forgotten how important this office is.

Mkhwebane has said many times that she wants to focus on the people on the ground, those who need help the most. But if her office is now ignored by government departments, it is these very same people who will suffer the most.

Part of the point of the public protector’s office is to redress the power balance. If someone is poor and living in a rural area and has been maltreated by a government department, there is very little they can do to get action. The public protector is supposed to be one place where they can go to get that action. But now that option may well be ruined for a generation.

In less than two years of incompetence and clear bias, Mkhwebane has managed to thoroughly damage the institution and its capabilities.

For the moment the ANC in Parliament has stymied attempts by the DA to remove Mkhwebane. There may be various reasons for this, including that it may just be one battle too many for President Cyril Ramaphosa just now.

But it is clear that one of the most important offices of our democracy is being damaged — and soon it may be beyond repair. It is in the interest of an overwhelming majority of South Africans to have strong Chapter Nine institutions — and this young democracy should not allow a few criminals and their servants to destroy them. DM