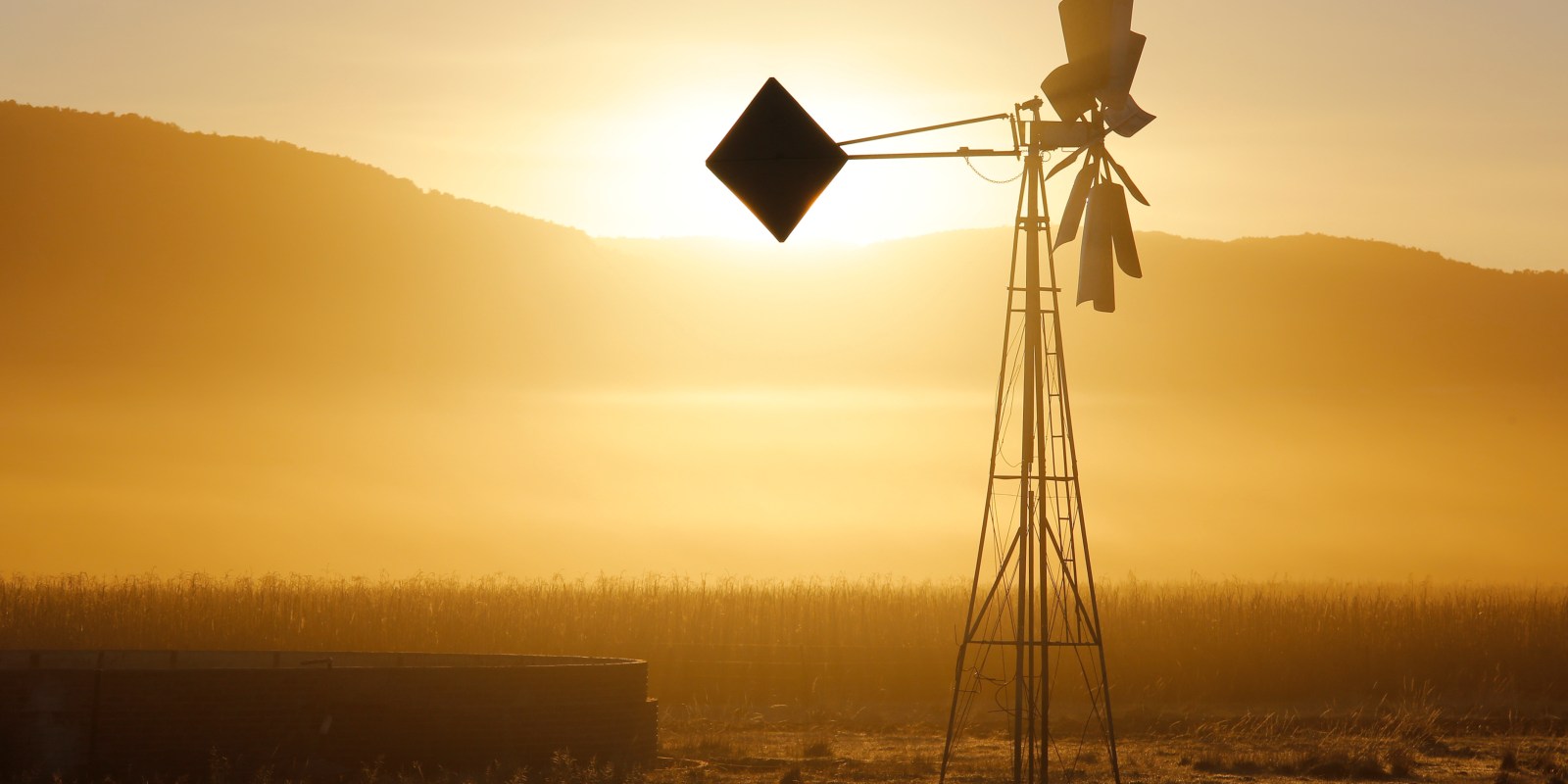 A photograph made available on 10 June 2013 shows the sun rising behind a windmill near Johannesburg, South Africa, 06 June 2013. EPA/KIM LUDBROOK

On the same day that Finance Minister Tito Mboweni’s Budget allocated R18.4bn to accelerate land reform, Parliament was told that the major beneficiaries of the government’s land reform programme to date have been ‘better-off men’ – often urban businessmen. Women and the rural poor, meanwhile, continue to be short-changed by a system in need of radical overhaul.

An advisory panel on land reform appointed by President Cyril Ramaphosa in September 2018 gave a provisional report-back to Parliament on Wednesday – and their conclusions so far are sobering.

The panel, chaired by African Farmers Association of South Africa president Dr Vuyo Mahlati, addressed MPs from three parliamentary portfolio committees to give them a sense of the issues that have been arising from round-tables and consultations on land reform undertaken nationally by the panel over the last five months.

“We are not here to present a full report of the panel,” Mahlati stressed.

Instead, the panel wanted to engage MPs from the committees dealing with land reform, agriculture and water on the areas that have already emerged as needing urgent attention.

These are: how the beneficiaries of land reform are selected, whether beneficiaries are granted title deeds or not, and the ever-more pressing problem of access to water.

The issue of water is one that is often absent from discussions of South Africa’s land question, but the panel made its significance clear. Distributing land without ensuring that it comes with adequate water is a recipe for failure.

“The water sector has been a serious concern for us because land reform has partly not been successful because of the misalignment with water rights and water access,” Mahlati told Parliament.

But possibly the greatest problem underlying South Africa’s land reform project to date is the ideological confusion around it.

“We need to clarify the purpose of land reform,” the University of the Western Cape’s Professor Ruth Hall said.

Presenting a historical overview of the government’s approach to land reform, Hall showed that there has been little consistency between different administrations.

It was once clear that land reform was intended to benefit the poor.

“Land reform used to be means-tested, like the housing allowance,” Hall pointed out. “From 2000 onwards, under [former president Thabo] Mbeki, that means testing was removed.”

The result: “Since 2000, it’s been unclear what the class agenda of land reform is,” Hall said.

The process of determining who should receive land from the state – and accompanying grants – has been murky and ripe for abuse.

In January, a report released by the Special Investigating Unit (SIU) said it had found evidence of fraud and corruption affecting land reform projects on a grand scale due to a “complete lack of controls” in the process.

“There is evidence of elite capture [of land reform] by the wealthy, by non-farmers, and by the politically-connected,” Hall stated.

In some cases, it appears that urban businessmen are being given land ahead of rural farmers.

Although lip-service is paid to land reform as an instrument to empower women, Hall says that the available data suggests that less than a quarter of all land beneficiaries are women.

“In fact, we have a programme which seems to be supporting primarily better-off men,” she said.

The panel intends to produce a legislative proposal for an overall land reform framework, though Mahlati emphasised that all the “actual work on legislation” will be done by Parliament. One of the components of the framework will be a proposed new method of allocating land, which Hall presented to the committees.

Yet other pressing questions remain as to who gets the land, and why.

“Should there be a cap on how much the state spends on any individual?” asked Hall: one potential means of preventing elite capture of the process.

Another aspect of land allocation which many members of the public are probably unaware of is that state employees and their spouses are currently not eligible to receive any land. That goes for anyone “employed by the government in any capacity”, says Hall: teachers, nurses, police, and so on.

The panel also warned that the issue of land reform should not be reduced to agricultural land.

“Urban land must be central to the question of resolving the land question,” attorney Bulelwa Mabasa told Parliament.

Panel members advised that new consideration should be given urgently to the issue of land occupation. Hall pointed out that in Brazil, “people who openly occupy unused land for private use and not profit are protected by law”.

The panel called on the private sector, banks, and even churches – which are major local land-owners – to assist the government in resolving the land question in an equitable way.

“The issue of land reform is broader than just ownership,” stressed Mahlati, suggesting that landlessness is also bound up with the “denial of humanity and identity”, as well as a failure of social justice.

A few hours after the panel had wrapped up its presentation to Parliament, Finance Minister Tito Mboweni was in the National Assembly to announce that R18.4-billion had been allocated in his Budget to help finalise more than 1,700 restitution claims and acquire more than 325,000 hectares of land for distribution.

But as the provisional findings of the President’s panel on land reform make clear, money is only one part of the solution. It is now evident that the entire process of land reform requires an urgent overhaul. DM