Writing the 2019 Elections: Conspiracism and the titillation of the populists 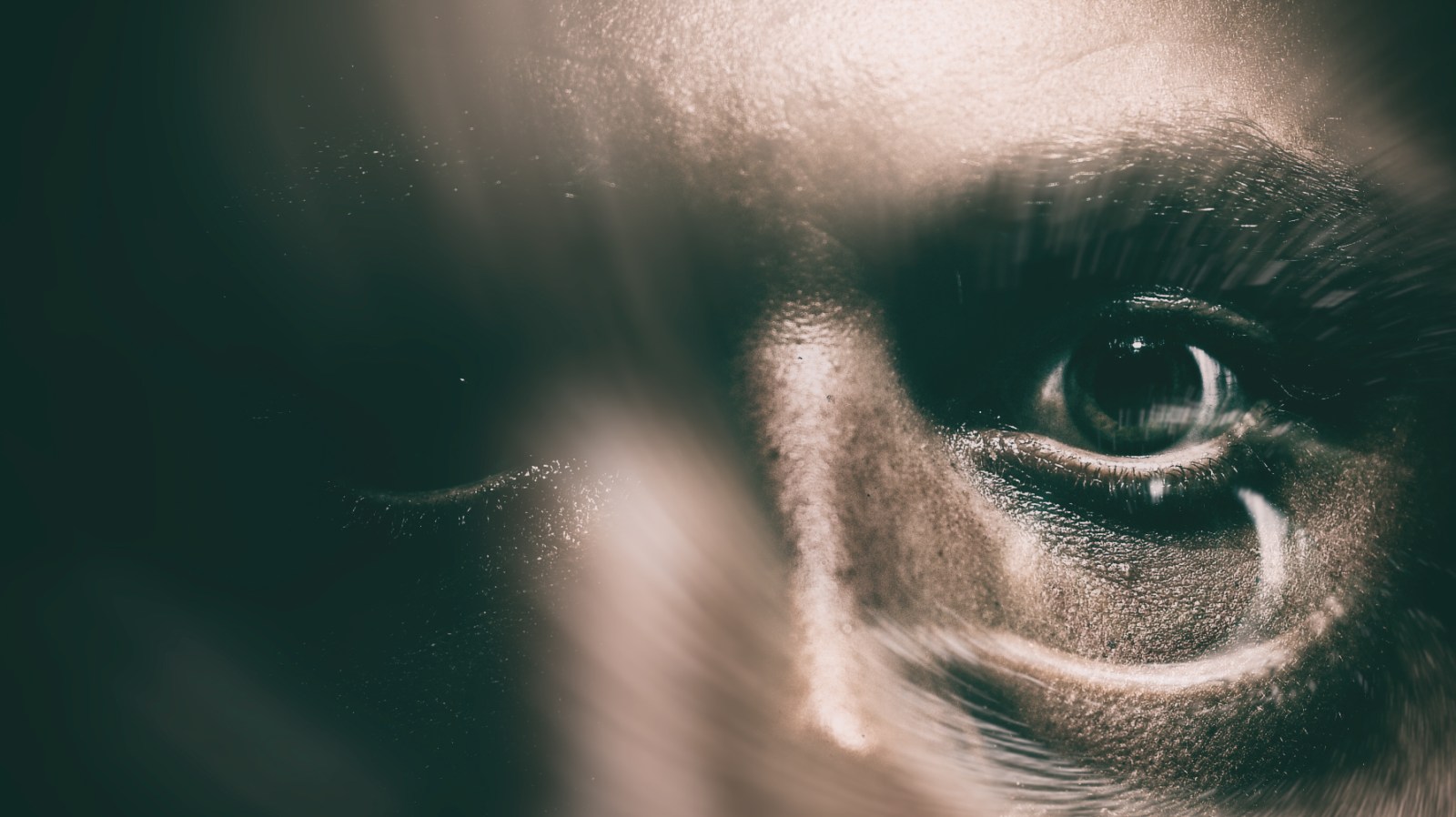 This article was written before the most recent conspiratorial theory of President Cyril Ramaphosa’s alleged collusion with apartheid security forces. Between last weekend’s load shedding, and pressures of the daily grind, I did not meet the deadline. It remains especially relevant, because we should be prepared, over the coming weeks and months, for the usual conspiracy theories to be rolled out.

The date of the election has been confirmed. The country will go to the polls on 8 May 2019. But this is South Africa, a country suffering from a type of collective neurosis; a society at any one time going through depression, anxiety, distress or guilt that is sometimes inconsistent with reality.

Soon, conspiracy theorists will join the discussion, and further poison the wells of democracy, participation, and what should be informed discussion. This poison will blur the lines between facts and rumour; between the facts and misinformation — between what actually happened and what people want us to believe happened — and between facts and ideological beliefs and values.

Though beliefs and values may matter in politics, conspiracy theories tend to be pornographic — they provoke and arouse our basest instincts. Conspiracy theories propose an explanation of events or states of affairs caused by a small group of people acting in secret for their own benefit and against the common good. They appeal not as much to the truth as they do to fantasies. They also play very deliberate roles in redirecting attention away from clearer dangers.

We should be prepared, then, over the coming weeks and months for the usual conspiracy theories to be rolled out. None is more titillating, to a body of the population, than the “conspiring Indian cabal” or the “white monopoly capitalists” who pull the strings from the deep background. And, as we heard in Parliament last week, conspiracies and innuendo about who may or may not have collaborated with apartheid’s security forces…

Briefly on conspiracies and US elections

Conspiracy-mongering is, of course, not unique to South Africa. In the United States, every presidential election is accompanied by theories of conspiracies that are sometimes risible, sometimes silly, but always dangerous.

During the 2016 US presidential election, dubbed “The Conspiracy Theorists’ Election”, more and more people relied on social media for news. One outcome was that it became difficult for voters to separate facts from speculation or conspiracies.

Two of the more popular conspiracy theories were that Hillary Clinton used a body double to conceal her poor health. Donald Trump was strung out as some Manchurian candidate for Russia. While neither was true — well, we cannot be sure about Trump-Russia — both stories fired the imagination of a section of the electorate, those who rely on titillation for their daily thrills.

There is any number of conspiracy theories, but looking at just the 2016 presidential election, one of the more notorious was that there was a paedophile ring in the Clinton campaign. A poll was conducted after an armed North Carolina man, trying to “self-investigate” the claim by going to the Washington DC pizza restaurant alleged to be the centre of the said paedophile ring, found no evidence to support the theory. It was alarming that after this fantasy was fact-checked, only 29% of respondents remained convinced that the conspiracy was “definitely” not true.

There are often times when actual facts (or the absence of facts) fail to change people’s minds about conspiracies. It is in the nature of conspiracy theory-mongering that said conspiracies just happen to occur in secrecy — which makes it almost impossible for them to be disproved. Back in South Africa, conspiracy theories are brewing and building on tropes that are patently false, or flagrantly malicious.

‘Indian cabal’ as distraction and ruse

One of the more toxic outcomes of conspiracy theories is their tendency to create distractions and draw attention from actual sources of danger. They deflect attention, from actual causes of social problems or the shortcomings of individual politicians, to groups or individuals who become vilified and demonised.

Consequently, those who accuse an Indian cabal of background machinations now assume the position of a victim. The victims establish their innocence only because they have (without any substantial evidence) identified a cabal that is guilty. In this way, a conspiracy by an Indian cabal becomes a ruse.

An almost perfect example of this is the Economic Freedom Fighters’ (EFF) persistent identification of people of Indian heritage, most notably Pravin Gordhan, Ismail Momoniat or Shamila Batohi. The EFF’s intention seems to be to absolve themselves (early) from investigation or inquiry because their main accusers are non-Africans, and part of an Indian cabal who pull the strings from the deep background, or “dogs of white monopoly capital”.

This drives EFF policies towards nativism reminiscent of other political leaders who started pogroms against racial or ethnic groups who were (first) identified as cockroaches, or leeches or greedy, and being “in control”, and (then) either killed or expelled from their homes. For instance, in 1972, Idi Amin declared an “economic war” on Uganda’s Asian community (those in business and in the public service) and they were given a few months to leave the country.

These pogroms and mass killings (in Nazi Germany, Rwanda or Srebrenica) always start with conspiracy theories. Alarmingly, even after investigations and tribunals had established who the guilty parties were in the former Yugoslavia, fresh conspiracy theories were conjured to discredit them.

Much in the way that the EFF has cast aspersions on the Zondo Commission, Ratko Mladić insisted that the International Criminal Tribunal for the Former Yugoslavia was a conspiracy against “a legal endeavour of Serbian people in times of civil war to protect [themselves] from the aggression.” We will have to wait for legal processes to emerge from the Zondo Commission. But evidence suggests that the EFF has already made claims about conspiracies.

It is not beyond the realms of possibility for the coming elections to be denounced — weeks before the actual poll — as illegitimate. It is not inconceivable for there to be a rise in conspiracies about white monopoly capital ensuring that outcomes favour this almost mythical group.

Of course, the more asinine logicians would simply drop in names like Johann Rupert or Markus Jooste next to Cyril Ramaphosa (or Trevor Manuel for that matter), and make up elaborate conspiracies. None of the facts would matter in any of these cases. Such is the nature of politicking during elections that people hang on to every word populists say.

Worse still, no evidence to the contrary would change opinions. This is when the Press ought to be extraordinarily vigilant, and not contribute to the titillation of the populists.

Research shows that conspiracism is most prevalent among populist formations on the right and left. On the left there tend to be conspiracies around capitalists, and on the right, it is often about a small group of individuals, sometimes identified by race or ethnicity, who have their hands on levers of control. In the US, the conspiracist-in-chief would probably be Donald Trump (he is described as an “entrepreneurial conspiracist who creatively concocts and freely disseminates his own charges of conspiracy [and] reality, the stubborn world of facts, present no constraint on what he thinks or says”.

In South Africa, conspiracism abounds. The EFF would have us believe that white monopoly capitalists and an Indian cabal pull the strings of our democracy. The Cope leader, Mosioua Lekota, quite conveniently, as we enter the hustings, introduced a new conspiracy: That Ramaphosa collaborated with apartheid’s security forces.

The South African Communist Party’s Second Deputy Secretary-General, Solly Mapaila, claimed that while political prisoners on Robben Island were forced to do hard labour, the Pan Africanist Congress’s Robert Sobukwe had “privileges” in prison. Unsurprisingly, like EFF leader Julius Malema on any number of occasions, Mapaila subsequently apologised, but the seeds of conspiracism were planted.

Conspiracism can and will have significant influence over voting patterns. The Independent Electoral Commission has not been placed in the EFF’s cross-hairs (not yet, anyway), but they (and Lekota, it seems) have started reaching for a moral high ground by presenting themselves as free from external manipulation by mysterious forces.

We can expect a ramping up of conspiracism. One guess would be that the IEC will be accused of being “captured” by any one of white monopoly capital, an Indian cabal, foreign imperialist forces or by that other expedient, if embarrassing, concept of sub-imperialism.

These are part of the conspiracist tool kit. For good measure, a conspiracy about a threat on the life of a political leader would provide further absolution and justification to act with impunity.

The closer we get to the election, the Press, it seems, would have to guard against forms of psychological servitude or coercion — if we are to see beyond conspiracies. DM