How strong are the anti-vaxxers in SA? 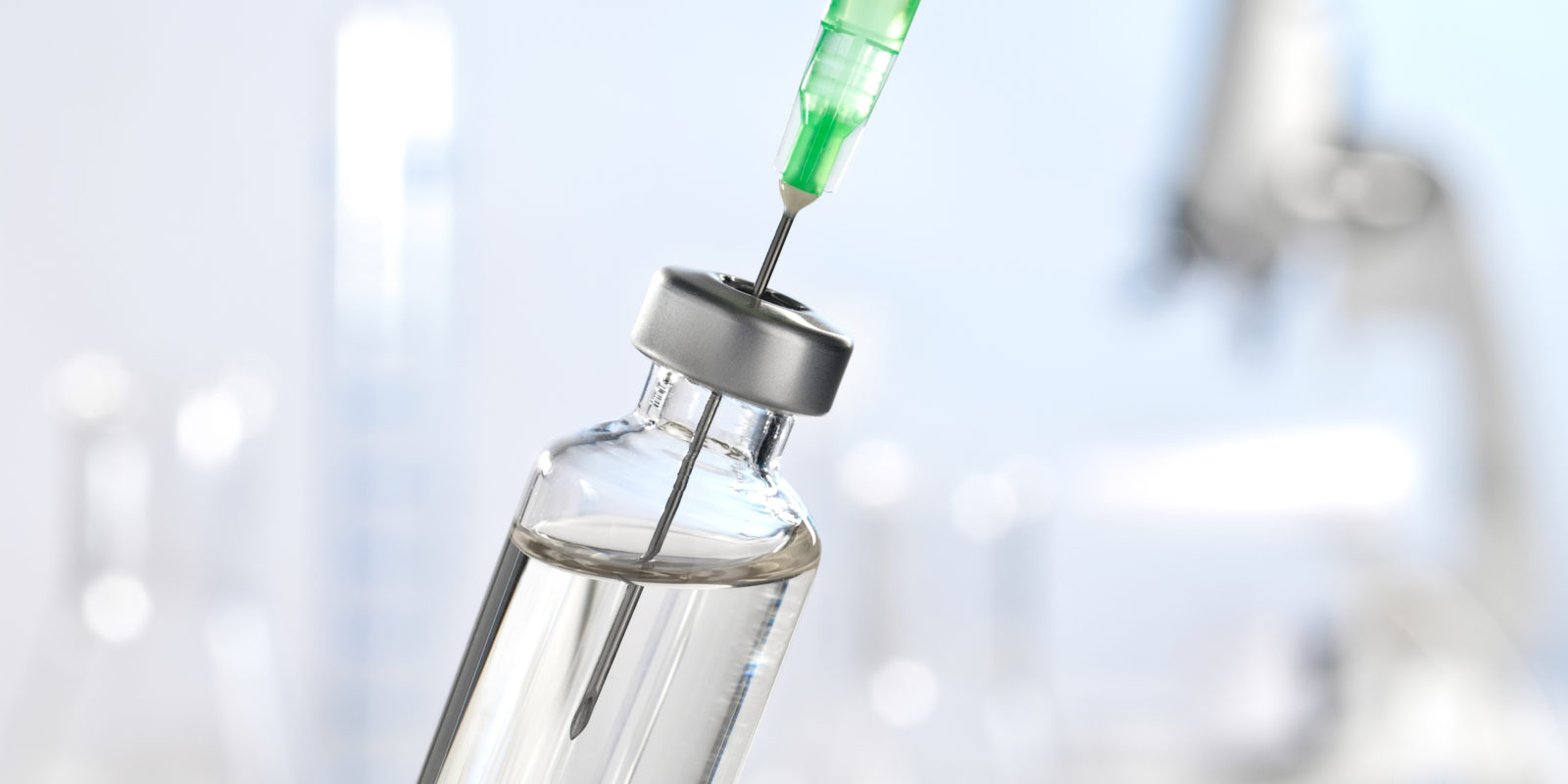 Measles outbreaks are devastating countries across the globe, linked to a massive drop in vaccination rates. The World Health Organisation has raised the alarm and ranked ‘vaccine hesitancy’ as one of the top 10 threats to public health everywhere. Is South Africa immune?

“The entire Baby Boom population alive today had the #Measles as kids. Bring back our #ChildhoodDiseases they keep you healthy & fight cancer.”

Darla Shine, many in the current White House administration including Trump himself, as well as a host of Hollywood stars including Jim Carrey and Robert de Niro, have fuelled dangerous myths about a host of health issues caused by vaccines. 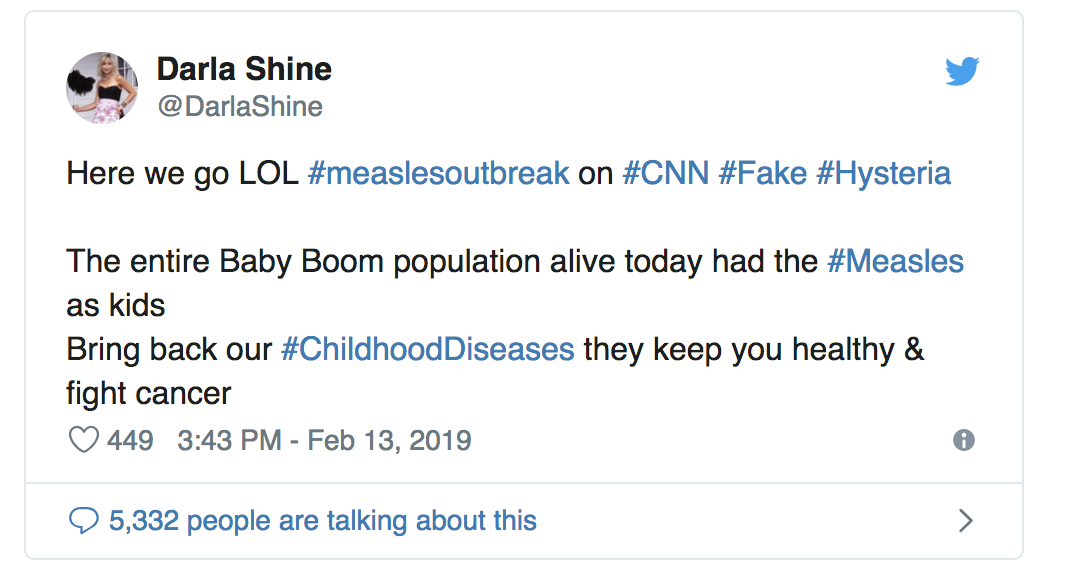 Before his election, Trump tweeted multiple times about a link between vaccines and autism, despite research on this having being exposed as fraudulent some years ago. 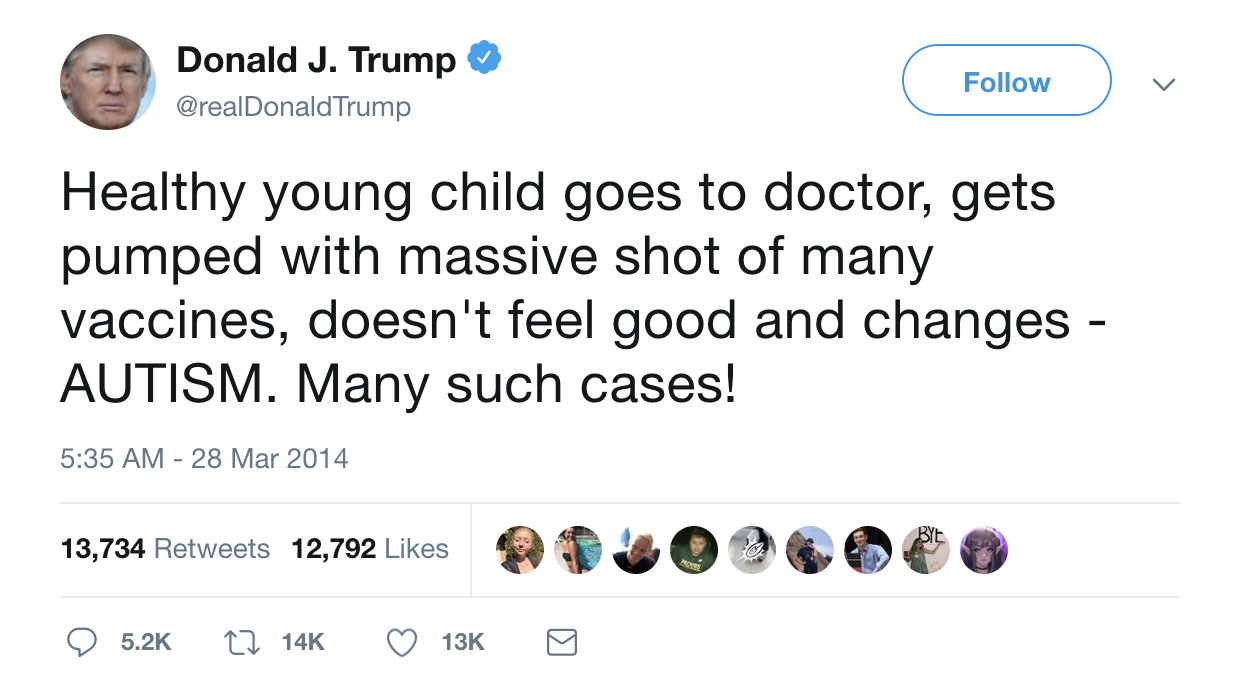 Some of the anti-vaxxers have implied that measles can prevent cancer, which is so ludicrous it verges on laughable, but there is nothing funny about the impact of the anti-vaccine movement. Children are dying in record numbers from vaccine-preventable diseases from the US to Madagascar.

“We would be remiss if we ignored the global trends and expected them not to have an impact here,” says University of KwaZulu-Natal pharmacy expert Andy Gray.

The US has been repeatedly gripped by measles outbreaks linked to parents choosing to opt out of vaccinating their children. But falling immunisation rates, technically termed “vaccine hesitancy”, have been reported across the globe and are linked to the increasingly frequent, and devastating, preventable disease outbreaks.

Cases of measles, easily prevented by vaccination, have soared by 30% worldwide since 2016, according to research published by the World Health Organisation (WHO) in late 2018.

Last month, the WHO reported 39 deaths due to Madagascar’s measles outbreak. On 14 February 2019 — based on updated data — the WHO reported that almost 1,000 children have died since the outbreak in October 2018.

Measles has already killed 70 people in the Philippines in 2019, with declining vaccination rates to blame, according to a report published in the BMJ medical journal last week. In the past four years, coverage rates for the measles vaccine in the country have plummeted from a high of 88% to just above 50% in 2018.

Three measles outbreaks in South Africa in 2017 raised red flags about the extent of the impact of local vaccine hesitancy. That year, measles cases increased 12-fold compared with 2016 due to three localised outbreaks largely in unvaccinated communities, according to the National Institute of Communicable Diseases.

But the death toll remains elusive, as does the true state of South Africa’s immunisation programme, because the statistics simply don’t exist.

Professor Shabir Madhi, South Africa’s foremost vaccine expert, told Health-e News that we “just don’t have the data” to know whether the anti-vaxxer movement has had a significant impact on local measles outbreaks:

“The vaccine coverage estimates we have now are complete guesswork,” he said.

Dr Yogan Pillay, deputy director general at the Department of Health, said that 85% of children in South Africa are fully immunised by the age of one year — but the most recent data from the country’s Medical Research Council suggests this figure is closer to 70% .

A national immunisation coverage survey would provide this data and give health officials a better idea of the scale of vaccine hesitancy locally, including where to target interventions to plug coverage gaps.

But Madhi says that the last immunisation survey was conducted a few years before President Nelson Mandela was elected, despite policies to complete such a study every five years.

The Department of Health has cited finances as the reason for the delay, although it spends R1.2-billion every year on vaccine procurement alone.

Madhi has been asking for such a survey for decades and, according to Pillay, the government is finally taking action. On 8 March Health Minister Aaron Motsoaledi is expected to announce a national survey including roughly 20,000 citizens that will provide “granular” data on a number of child health issues, particularly about immunisation rates and reasons for opting out, said Pillay. The data is expected to be publicly available by the end of 2019.

“We will then be able to directly address the gaps in our immunisation programme,” said Pillay.

But, while a survey is essential, it is not enough.

“Online and social media awareness campaigns are needed, in addition to print, radio or TV [messages], to reach parents who need to give consent for vaccination,” said Tendesayi Kufa of the National Institute of Communicable Diseases.

South Africa has 12 routine vaccines in its public immunisation schedule. Two of these vaccines, introduced for children in 2009, save about 5,000 lives locally every year. The country was the first in Africa to introduce these immunisations — one to protect against diarrhoeal diseases and the other for pneumonia prevention. Since these immunisations, dedicated hospital wards for childhood diarrhoea have all but vanished in South Africa, according to Madhi. But he warned that if South Africa is complacent on vaccines “we will face the same trajectory of measles outbreaks seen in the US”.

Said Pillay: “Vaccines are the most potent intervention we have ever had in our collective health systems to prevent disease and death. There’s just no question about it. The science speaks for itself.” DM