Elderly residents of Durban have waited decades, in vain, for housing 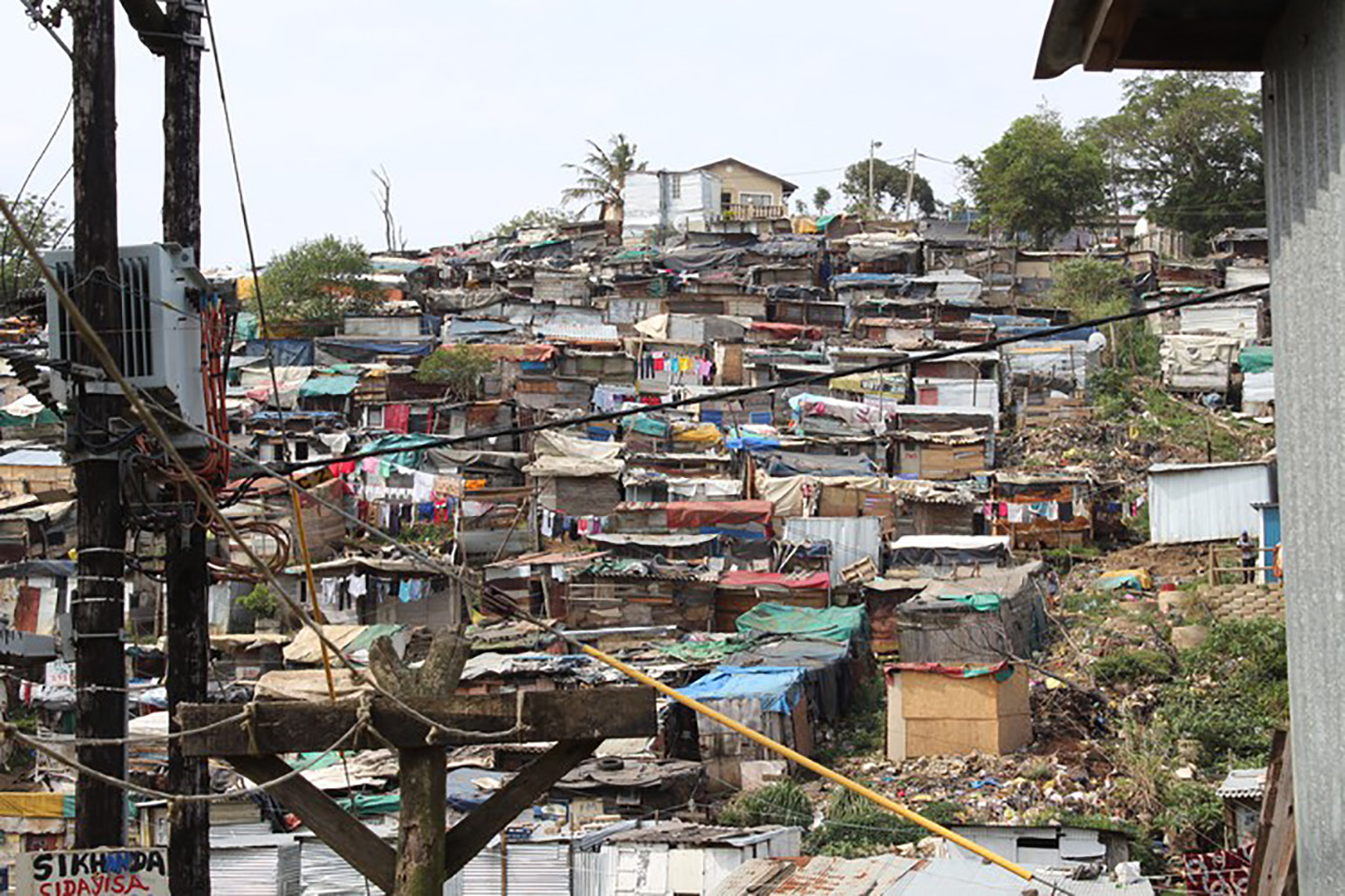 The Foreman Road informal settlement in Durban is built on a steep hill. When it rains heavily, the shacks flood, sometimes knee-deep. All photos: Nomfundo Xolo

'I grew old here, and so will my grandchildren.' By Nomfundo Xolo

Bongiwe Zondi feeds herself, her granddaughter and her cat from the same bowl. She is 75 years old. Zondi slouches on a couch that is both a bed and a wardrobe, as she tries to count the number of years she’s been living in a shack in Durban.

Zondi lives in a densely populated informal settlement along Foreman Road in Durban, a 10-minute drive from the city centre. Several hundred people were left homeless by a fire in November 2017.

The size of the informal settlement’s population is hard to estimate: the 2011 census includes this area in the suburb of Clare Hills, which then had a population of just under 8,000. We counted over 1,000 shacks in the settlement. The first language for most people here is Xhosa, not Zulu as in much of the rest of Durban. This is largely due to Mpondo workers from neighbouring Eastern Cape moving here since the late 1800s.

“My oldest daughter is 30 years now. She got here when she was four years old,” says Zondi. She therefore has been living here for 26 years.

When GroundUp visited the settlement, many women, a lot of them elderly, had already left for the day. They have gone to sell scrap metal in the nearby suburb of Sherwood.

Zondi says her one-roomed shack sleeps 11, including her two daughters and grandchildren. She arrived in Durban from KwaMaphumulo, seeking employment, with the hope of leaving behind a life of poverty. She says she had hoped to make a better living to help her family back home, but as years went on she soon gave up this dream.

“I promised my mother, who has passed on, that the city would offer us a better life. But things were not so easy. When you are an uneducated woman the only opportunity you can get is domestic work. That’s when I started living in a shack. I couldn’t afford to rent because I was not earning enough. Only a handful of people were living here, but it quickly got full. Now you can barely walk around,” says Zondi.

Zondi tears up when she points across to where she first built her shack. She was among the residents whose homes were destroyed in a fire 11 years ago and provided with temporary shacks.

“We call this place Lindela (meaning wait), but who waits for 11 years? We are sidelined and treated as animals because we have no homes. There is no dignity in living in a place like this, but you cannot go back home. At home, the situation in worse. At least here you can wash somebody’s clothes and get something to bring home, or sell scrap metal for a few rand,” she added.

Three doors from Zondi is another elderly woman, Vuyokazi Mtatsi, 65. She lives with her daughter and two grandchildren. She says for more than 20 years she has been living in a shack:

“This is no way to live. I don’t even recognise myself any more. I have experienced break-ins and have lost many things I’ve worked hard for, but what can you do? We live like this because our own people in power have turned their backs on us. We’re still suffering as we always have been. Do we not deserve at least decent homes? How can we vote?” asks Mtatsi.

Mtatsi says the transit shack she has been staying in leaks. It floods during heavy rainfalls. “People in this area do not sleep inside when it has been raining heavily. The entry road to the community is downhill and so all the water comes pouring down. Everyone’s home gets flooded to knee-level. A 65-year-old should not be living like this, I wonder what my late mother would say seeing me here,” she says.

“I grew old here, and so will my grandchildren. I stay in a shack smaller than a match-box and I will be buried in another box when I am dead.” DM