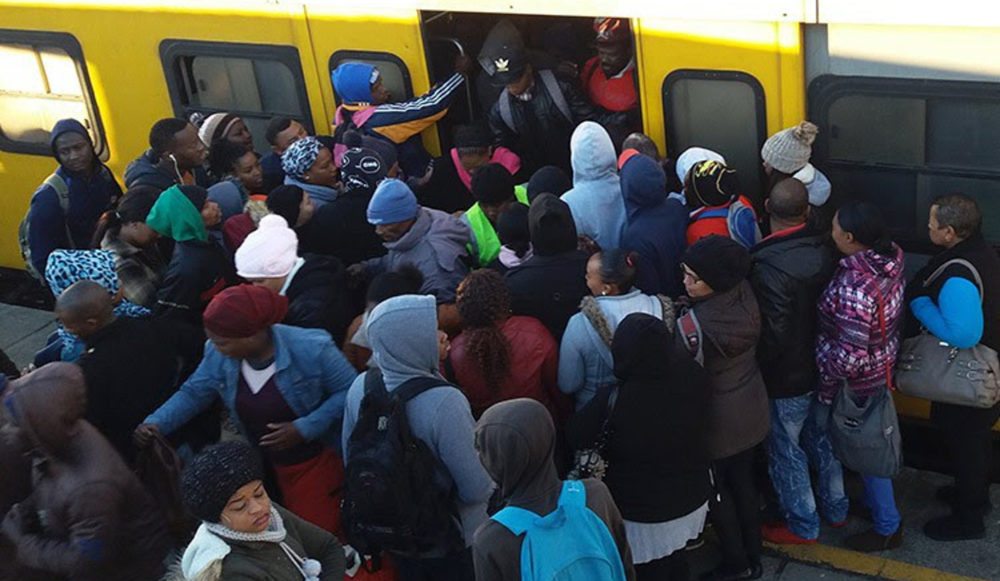 If the permit is suspended, Metrorail trains across the country will stop operating. According to Metrorail, about 1.4 million people use trains daily in Gauteng.

In October 2018, the RSR decided to suspend Prasa’s safety operating permit following a train collision in Kempton Park that injured more than 300 people. Prasa appealed to the North Gauteng High Court. The court issued an order instructing Prasa to comply with the safety requirements set out by the RSR and the RSR allowed Prasa to continue operating provided it met the requirements in the court order.

Williams said Prasa could not prove that it was able to control the risks arising from its railway operations.

She said one of the main issues was driver fatigue and the frequent use of manual systems when automatic signalling broke down. When the automatic signalling system which tells the train driver to stop or go — using a traffic light on the railway line — is out of order, manual train authorisation is necessary.

Williams said manual train authorisation had become the standard operating system in Gauteng. This was the result of cable theft, poor maintenance or a lack of spares for the automatic signalling system, and of the installation of new signalling systems.

“Manual train authorisations is an accepted fall-back method of train operations during abnormal conditions, but it becomes a concern when it is applied for prolonged periods. In the instance of Prasa, the RSR has noted with concern that human error seems to occur frequently during periods of abnormal train operations due to fatigue setting in,” Williams told GroundUp.

The last five train collisions in the country happened during manual authorisation, she said, including the Mountainview collision. RSR said the line had been operating on manual train authorisation since November.

When GroundUp asked RSR whether, in light of this accident, it intended to revoke or suspend Prasa’s safety permit, Williams said the matter was still being considered by RSR’s attorneys.

Spokesperson for Gauteng Metrorail, Lillian Mofokeng, said manual train authorisation is the standard in Gauteng due to the size and complexity of the network. She said the track is about 1,380 km long and is an open system that is prone to vandalism and theft of critical infrastructure.

Mofokeng said Prasa was currently implementing a modernisation and resignalling program that will ensure that the signalling system is automated. In June 2018 we reported that the Prasa board informed the Transport Portfolio Committee that the signalling programme is 72% complete in Cape Town, 67% in Gauteng and 66% in KwaZulu-Natal. No exact timeline was given for completion. Mofokeng said that Gauteng is now at 72% completion.

Lucas (not his real name) has worked as a metroguard on the trains in Gauteng for five years and has worked in the railway industry for over a decade.

He started as an access controller for the South African Railways (SAR) in 2006 where he checked commuters’ tickets before entering the platforms. When SAR became the Passenger Rail Agency of South Africa (Prasa) in 2009, Lucas was absorbed into Prasa’s workforce. In 2013, he was promoted to a metroguard.

According to Lucas, metroguards are responsible for ensuring general safety on trains. His day starts with train preparations at about 3 am. This includes testing brake efficiency of the trains, checking that all the doors are operating, the lights are switched on and the train is safe for commuters.

When the train is en route, Lucas ensures that the doors open and close when the train stops and that all commuters get on and off safely. During peak hours however, Lucas says the train sometimes operates with open doors because the carriages are overcrowded.

Once the commuters are in the train, he alerts the train driver that it is safe to continue.

Though they try to ensure the safety of commuters, Lucas says train personnel are often victims of commuters’ frustrations. He says commuters confront metroguards and train drivers aggressively, sometimes physically.

“We are serving commuters who don’t have any other means of transport but the trains… So the minute the train breaks down it causes frustration and exposes us as the train crew,” said Lucas.

He said the train crew often tried to explain the delays to commuters but their explanations meant nothing because “you will find that the person has suffered the same fate for three days in a row”.

He said abnormalities were becoming a regular occurrence and this was putting employees’ lives at risk.

In his experience, most problems were caused by faults in the signalling system as a result of cable theft. But, he said, Prasa needed to speed up infrastructure development on trains and railway lines so that prolonged periods of manual train authorisation could be avoided.

Mofokeng said the attacks on train personnel was an issue that was affecting the wellness of Prasa’s employees. “It unfortunately also forces us to have a reduced number of drivers due to them having to go through trauma counselling and eventually reduces the number of trains we are able to run with less drivers,” said Mofokeng.

She said Prasa is engaging with communities to educate them on the role of train personnel and the operation of trains. DM