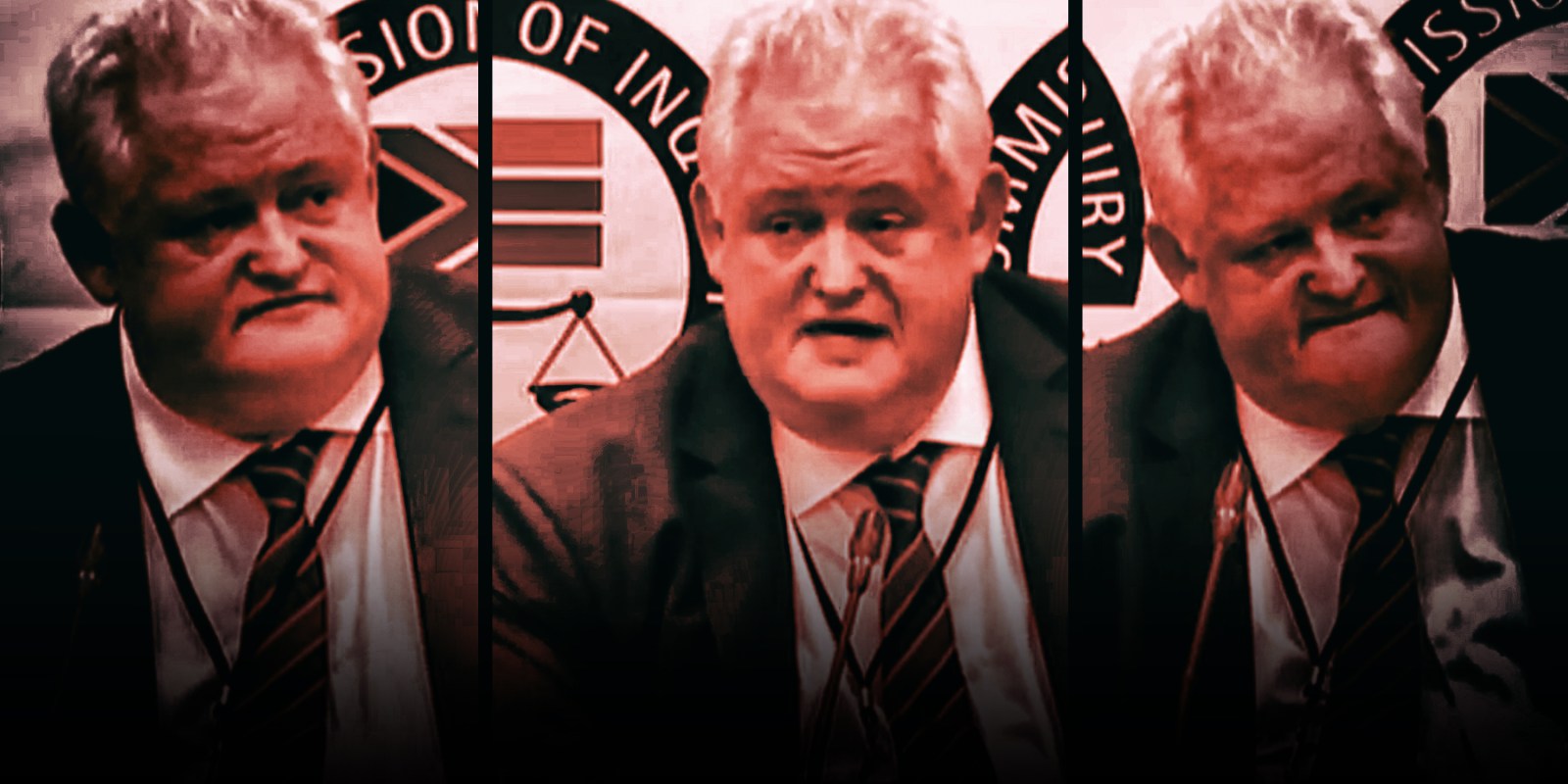 At 11am on Wednesday, the ANC’s State Capture nightmare came true when corruption paymaster, Angelo Agrizzi, began to blow the lid on the Bosasa empire of graft, laying out chapter and verse of how the company used cash payments and gifts to build its fortune.

Angelo Agrizzi was Bosasa COO and he turned state witness in September 2018 after a near-death experience and a fallout with company CEO Gavin Watson, the scion of the Struggle family with ANC blood in its veins.

In his testimony, Agrizzi is likely to blow the lid on how the company paid off 38 politicians and senior government officials with cash and favours to build a facilities management behemoth. Bosasa is an ANC funder and Watson contributed R500,000 to President Cyril Ramaphosa’s campaign in 2017; it also allegedly installed security at three of ANC chairperson Gwede Mantashe’s properties, News24 revealed in 2018.

At the exact moment Agrizzi started his testimony, lawyers for the Commission of Inquiry into State Capture began to call those who will be implicated in his testimony to alert them. They will be given an opportunity to respond, but were not pre-briefed because of threats to Agrizzi’s life, said the commission’s evidence leader Paul Pretorius.

Since word got out that Agrizzi was going to spill, Bosasa has contracted Mikey Schultz, the alleged hitman and notorious toughy infamous in Johannesburg’s violent underworld, the commission heard.

The 38 people the burly silver-haired graft guru will name include ministers and senior cadres deployed by the party to lead a range of government entities and the former COO who controlled the black books and payment lists of all gratuities paid by Bosasa. “I was his right-hand man,” said Agrizzi about his relationship with Watson.

Bosasa runs a catering and security, among other facilities, for private companies and in the public sector, where it has made its biggest money.

On Wednesday, Agrizzi revealed how the company’s corruption machine worked. He explained how payments were made to contacts courted and secured by Bosasa through everything from cash payments to regular consignments of braai packs and more expensive gifts.

“We went to a Dubai trade show on security applications. On the last day, we went shopping. Apart from buying gifts for family, we bought a Cartier pen and cufflinks, a Mont Blanc pen and cufflinks,” Agrizzi told the commission. Later, these gifts allegedly made their way into the hands of the Post Office’s former head of security and a former CEO. Bosasa then picked up a big guarding contract from the state-owned mail company.

In his first day’s testimony, Agrizzi implicated executives at the Post Office, the Airports Company South Africa (Acsa) and the general-secretary of CEPPAWU, the chemical, paper and woodworkers union, for allegedly receiving bribes from Bosasa in return for contracts or support to win contracts.

Agrizzi witnessed a lot in his time at Bosasa, where he started work in 1999 after being lured over by Watson from a company where he managed mining facilities.

“(I was involved in) unlawful acts for a long period of time,” Agrizzi told the commission’s inquiry chairperson, Judge Raymond Zondo, as he started his testimony.

“My last date of work was 15 December 2016. I had become blunt and accepting of what had happened. I should have exposed unlawful activities from day one. (But) you become so engrossed in this cult,” he said.

While Bosasa was perfecting a system of corruption and of state capture in security, catering and other facilities management, Watson was holding all-night prayer meetings. The company started each day with a prayer meeting led by Watson. This became almost cult-like, said Agrizzi.

In 2001, Bosasa scored the contract to secure the multistorey car park at OR Tambo airport.

From that time and until he left, Agrizzi said that he oversaw a system of paying monthly bribes at Acsa.

“I would go with Joe Gumede (Bosasa director, now chairperson) and we would take grey security bags filled with money to Acsa. The security bags were serialised and tamper-proof. In this case, they were grey so you can’t see what’s in the bag. Cash would be packed in those bags and the bags would be taken out. I observed money handed over by Gumede.”

Asked how he knew the bags contained money, Agrizzi said, “I had received a bag in a similar way.”

The Watsons were generous employees who regularly paid their staff bonuses, gave them new company cars and gave them cash gifts.

The cash was kept in what was known as “Gavin’s safe” – a windowless, walk-in vault where Watson kept piles of cash.

“People would see grey security bags moving around the company – it was the way business was done,” said Agrizzi as he explained how the corruption production line worked at Bosasa.

Directors who were responsible for different contracts motivated how much they needed to “sort out” various contacts and sometimes they added some fat for themselves.

“Gavin Watson would spend a lot of time in my office,” said Agrizzi. “A lot of the time, directors would come and ask Gavin for money because they had to sort this person or that person out.

“My task was to prepare and package the cash,” said Agrizzi, who also tried to keep a ledger in a selection of small black books and also lists of individuals who were being paid. On the grey bags, he would create and scribble codes so he knew what was going where: the codes were a key to who was being paid, how much and by whom. The commission of inquiry is in possession of one of those books and the information in it is being verified. Agrizzi said that only Watson approved payments and he did so on scraps of paper or by SMS. Bosasa’s system was not watertight as it did not account for every cent spent, he said, but Agrizzi said he believed Bosasa paid about R4-million to R6-million a month in bribes.

“Compared with what the company was turning over, it was a drop in the ocean,” he told Zondo.

When Agrizzi in 2018 first began to blow the whistle on the extent of corruption at Bosasa and started to implicate senior politicians, he faced an allegation that he had used the K-word to describe senior black executives at Bosasa, including spokesman Papa Leshabane.

The former COO blew a gasket after this alleged smear campaign was published and denied that it was his voice in the recording provided as evidence. He threatened revenge and this week he served it up as a dish which is likely to send cold shivers down many political spines.

Bosasa told Daily Maverick that it would be inappropriate to comment while Agrizzi is giving testimony. DM