Writing the election 2019: On small parties and minority voices 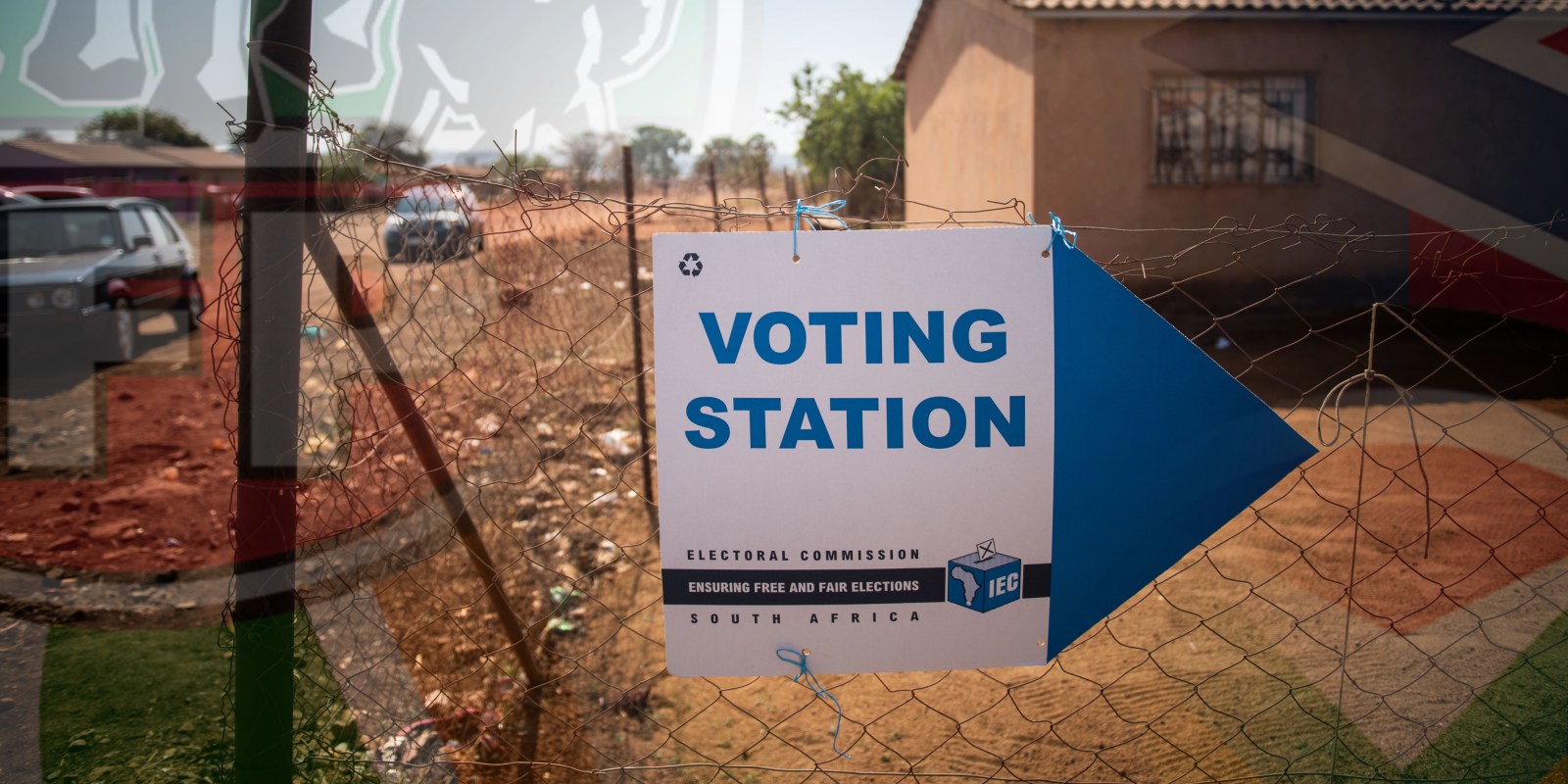 Minority parties, especially those that represent marginalised groups, can play a vital role in agenda-setting and raising issues that might otherwise be ignored, or that go against the grain of the majority party or the dominant racial or ethnic group.

There are 11 small political parties in Parliament that received less than 10% of the vote during the last general election — each one of which is either regional or represents a minority voice. If we set aside the largest of the small parties, the Economic Freedom Fighters, we may ask why anyone would vote for, say, the African Christian Democratic Party, Agang, the UDM, Cope, Inkatha, the PAC or the Freedom Front+? There are some general and some specific explanations.

Data show that the EFF is the largest of the small parties. They gathered a mere 6.25% in the last general election. The Inkatha Freedom Party (IFP) were the next largest, with 2.5%; the National Freedom Party (NFP) received 1.5%; the United Democratic Movement (UDM) and Freedom Front Plus (FF+) 1% each; Cope, the African Christian Democratic Party (ACDP) received 0.75% each; Agang managed 0.05%; with the Pan Africanist Congress (PAC), and African People’s Convention (APC) each receiving 0.25%.

The African Independence Congress is very much a regional party, with a desperately small following. It was founded in the town of Matatiele (population about 13,000) on 12 December 2005 as a protest movement against the location of the area within the boundaries of the Eastern Cape rather than KwaZulu-Natal. How it received about 97,462 votes (0.53%) of the national vote remains a mystery. It will be a small miracle if it retains the three seats it has in Parliament after next year’s election. The AIC wears its conservatism quite proudly.

To the extent that they give minority groups representation and voice, small parties are, generally, a good thing. Where they represent “single-issue” interests, like, say, the legalisation of mind-altering substances, their chances of getting past the post are limited. The highest value of minority parties is their role as opposition, which should, ideally, help keep the governing party in check, both on the floor of the legislature and in portfolio committees.

The reasons anyone would vote for the small parties, notwithstanding the fact that they may have little to no chance of winning next year’s election, can be understood by the values these parties represent. Working on the assumption that if you ask anyone about themselves they would necessarily select only the best stories to tell, we should probably look at these parties from the outside — at least as a starting point.

Minority parties, especially those that represent marginalised groups, can play a vital role in agenda-setting, raising issues that might otherwise be ignored, and that go against the grain of the majority party, or the dominant racial or ethnic group. Minority parties differ from the official opposition — in South Africa the DA fills that role — which presents itself as an alternative to the ruling party, or as a government in waiting.

Small parties such as the FF+ or the ACDP represent identity-based minority issues: the former represents Afrikaner interests, and the latter focuses on Christians. The ACDP does exactly what it says on the can. It is a Christian party and cares about Christianity more than anything else. This is clear from its vision-statement, and from its expressed sentiments.

Most recently, ACDP President and Member of Parliament, the Rev Kenneth Meshoe appealed to President Cyril Ramaphosa to “condemn persecution and killing of Christians across the world”. Now is not the time to analyse the Christians-are-persecuted trope or the argument that Christianity is being marginalised, put forward by the far-right and its darling, Jordan Peterson. It suffices to say, only, that the calendar tells us it is 2018. We have had two thousand and eighteen years in which almost everything in the world has been pegged to Christianity’s founding moment. Now is also not the time to discuss biblical representations and distortions of history. Let’s give those issues a wide berth — for now.

In the last general election, the UDM received 134,280 votes (6.16%) in the Eastern Cape and 184, 636 (1%) nationally. The, IFP, much like the AIC is a conservative lot, but with a distinctly ethno-nationalist bent. For the most part, the IFP and UDM are held together by the personalities of Mangosuthu Buthelezi and Bantu Holomisa respectively. The IFP’s decline across the democratic era has been remarkable. But the particular brand of Zulu nationalism that Buthelezi propagated was probably more about advancing his own and Inkatha’s interests than about the Zulu people.

Cope and Agang are rather harmless. As is the PAC, actually. The thing that keeps together small factions like the PAC, Agang, Cope, and the EFF, is their opposition to the ANC. It’s not that Cope (or Agang, for that matter) do not have a vision; it’s just that theirs is no different from that of, say, the DA.

Cope’s vision goes something like this. It wants a democratic, inclusive and a prosperous country that promotes racial harmony, social cohesion, solidarity, unity in diversity, freedom and gender equality. Cope envisage a caring society where a shared national identity and pride are deeply rooted among South Africans. It’s hard to believe anyone would disagree with that — other than the EFF or the FF+. In its own words, Cope’s vision is of “a thriving democracy where everyone’s voice is heard loud and clear, and where power is not hoarded by one political party for years”. That’s all good and well, but it is probably no different from the DA’s liberalism.

The FF+ is a fascinating force. It presents an especially unique challenge to South African democracy. In any other society, perceptions that a minority is persecuted or wilfully marginalised would, or should get attention. It is unfortunate that a vast majority of South Africans seem unforgiving towards white Afrikaners, or whites in general. Having said that, it is also hard to shake the impression that the FF+ would probably prefer to govern its “own people” in a separate territory.

Nonetheless, between emigration, probable migration to the DA, and a decline in birth rates over the long term, fewer Afrikaans-speaking white people may throw their lot in with the FF+. It does take itself seriously, nonetheless. The leader of the FF+, Pieter Groenewald, recently addressed the United Nations Human Rights Council Forum On Minority Issues in Geneva, where he made the following points:

“Government leaders are scapegoating and blaming the Afrikaner minority group for the current economic turmoil, unemployment and poverty. All Afrikaners are presented as land thieves and land is presented as the sole solution to all of South Africa’s socio-economic challenges… Contrary to what President Ramaphosa has recently told the international community, there has already taken place such land occupations and farmers and farm workers are vulnerable to increasing brutal attacks and murders.

“There is a notable increase in the marginalisation of minority groups in South Africa and continuous racial polarisation perpetuated by the South African government and political leaders. There are serious infringements of linguistic rights of groups and communities. The right to mother-tongue education is being threatened.”

The language issue is only partially true. There is a claim to be made that Afrikaans faces a challenge at schools. Frankly, if puritans or ethno-nationalists across the spectrum have their way, English, too, may be abandoned as the lingua franca and medium of instruction in schools.

Beyond that, “minority” languages with claims to being indigenous, are safe for the foreseeable future. We can deal with the language preferences of coloured people at another time. One of the stand-out features of the FF+ election campaign is the appeal to “Hit Back” — which has echoes of Tony Leon’s “fight back” campaign of 1999. The FF+ is a tad more apocalyptic with the slogan, “Now or Never” (Slaan Terug: Nou of Nooit).

Maladministration and corruption over the past (at least) 10 years have provided a public relations windfall for political parties across the spectrum. The small parties have leveraged this well, with the EFF exploiting ANC failures most effectively. One of the main objectives of small parties is to collaborate and, hopefully, achieve a critical mass. There was the possibility of this when Jacob Zuma was president, but the small parties needed to find partners who were ready to compromise.

We should probably not be surprised if some of the small parties fall out of the system completely after the election. To the extent small parties represent minority interests and give minorities a voice, they are important for a vibrant democracy. There is, however, a case to be made for setting thresholds. If a party does not receive more than, say, 5% of the vote, should they even be allowed into Parliament? DM