South Africa will reverse its vote on Myanmar 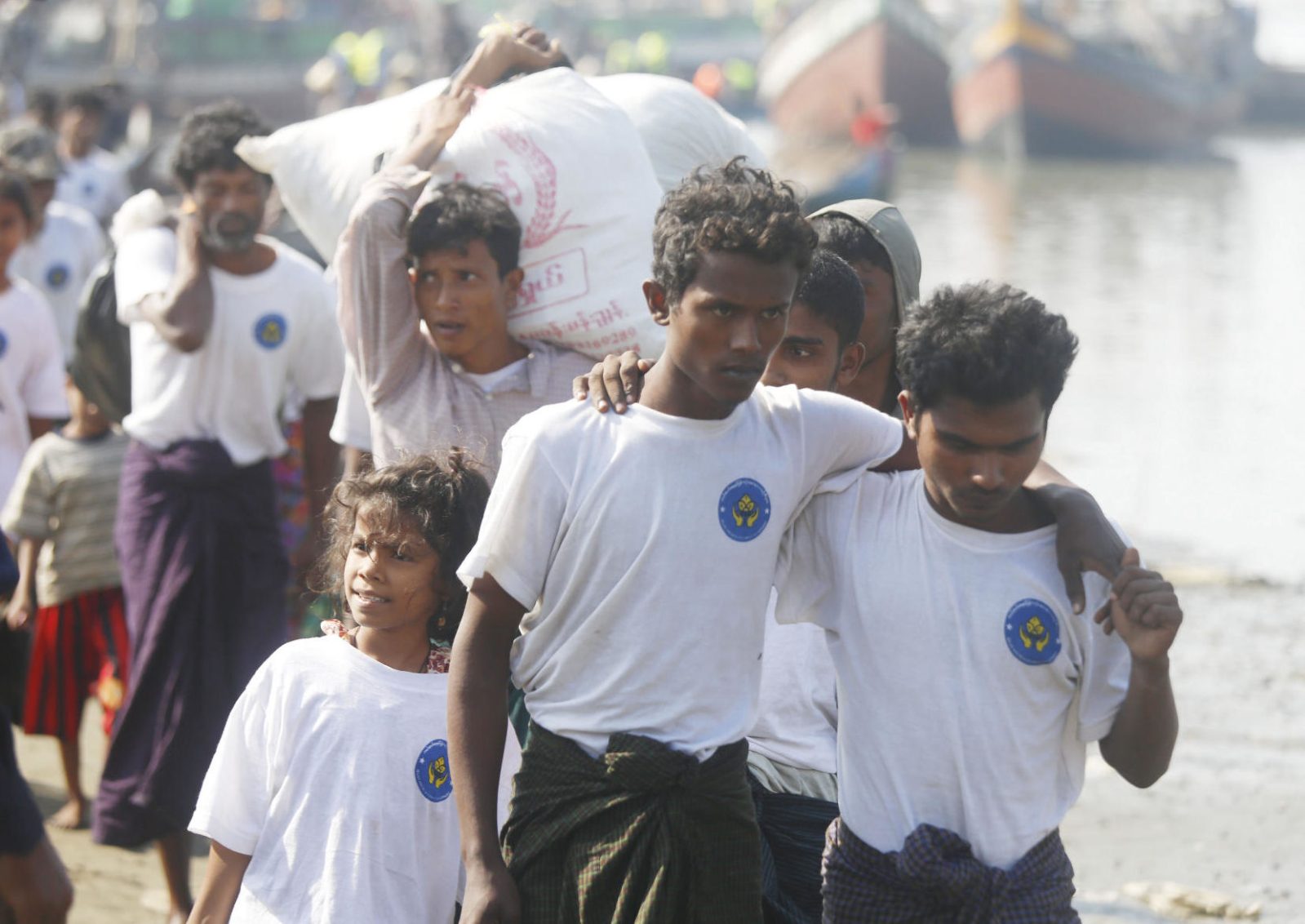 International Relations and Co-operation Minister Lindiwe Sisulu has ordered her diplomats in New York to support a resolution condemning Myanmar for human rights abuses against the Rohingya minority.

South Africa will reverse its position and vote next month in the UN General Assembly for a resolution strongly condemning human rights abuses – including alleged genocide – by the Myanmar military against the Muslim minority Rohingya people.

This is part of a major shake-up of South Africa’s foreign policy in international bodies such as the United Nations which International Relations and Co-operation Minister Lindiwe Sisulu announced on Thursday.

It includes taking a stronger stand on human rights issues and is intended to guide South Africa’s diplomacy when the country takes its seat for the third time on the UN Security Council on 1 January next year.

South Africa’s diplomats at the UN in New York sparked considerable criticism and dismay last week when they abstained from the same resolution on Myanmar in the Third Committee of the UN General Assembly which deals with human rights and humanitarian issues before they go to the full General Assembly for a final vote.

Many critics felt that the failure to support the resolution had betrayed President Cyril Ramaphosa’s promise – reiterated at the UN General Assembly and the special Mandela summit in New York in September – to pursue a foreign policy in line with Mandela’s values.

The resolution was carried by a large majority vote of 142 to 10, with 26 abstentions.

But Sisulu’s announcement on Thursday has now changed that policy by decreeing that in future each such vote will be decided on a case-by-case basis and would require the approval of herself and senior management in Pretoria.

She stated that the new policy would apply also to other international organisations such as the UN Human Rights Council in Geneva and to the Organisation for the Prohibition of Chemical Weapons.(OPCW) South Africa has also made several decisions in both of these bodies which have dismayed human rights and disarmament champions.

Sisulu noted that the new guidelines were discussed extensively at the recently concluded Heads of Mission Conference in Pretoria “and are underpinned by the values and principles of South Africa’s Constitution and its national interests”.

On the Myanmar vote Sisulu said she would in due course “give a voting directive” to South Africa’s diplomats at the UN in New York on how to address the Myanmar resolution when it came up in the General Assembly next month.

This voting directive would “supersede” the vote cast by South Africa on the Myanmar resolution in the Third Committee last week, she said.

Sisulu’s spokesperson Ndivhuwo Mabaya confirmed to Daily Maverick that this meant that South Africa would vote for the resolution in the General Assembly.

“We have also tasked our diplomats to raise our concerns directly with the Myanmar Government and to also prepare a proposal on how we can monitor and influence the process,” he said.

In her statement Sisulu was for the first time publicly forthright about Myanmar, saying; “South Africa expresses its deep concern about the deteriorating human rights situation in Myanmar and calls for an end to the human suffering experienced by the Rohingya people.

Officials added that South Africa had joined other members of IORA in rejecting Myanmar’s application to join IORA, an organisation which represents most countries on the shores of the Indian Ocean.

Mabaya said Sisulu had recalled all of South Africa’s diplomats who vote at the UN and other international organisations to brief them on the new approach and on the issues that South Africa will focus on when it goes onto the Security Council.

These include protection of women and children in areas of conflict, strengthening democracy and governance in Africa and stabilizing all hot spots on the continent towards the African Union’s target of silencing the guns by 2020. .

Sisulu had also sent a team of diplomats lead by the head of global governance on a roadshow to engage current members of the Security Council to brief them on these South African priorities for the council.

“The minister has called for an urgent workshop to review all voting patterns. The abstain vote (on Myanmar in the Third Committee) was based on an old principle to guard against regime change, so South Africa took a general approach that on country votes we must abstain,” Mabaya said.

Sisulu did not entirely disregard this old principle in her statement. She said that: “South Africa remains on guard at all times to ensure that votes on country-specific human rights resolutions are not used to engage in regime changes and destabilize countries.”

But what has clearly changed is that this will no longer be the automatic response to such resolutions.

“The minister has decided that each vote must be brought to her, diplomats must make proposals on their approach and after consulting not only diplomats but other stakeholders we will then vote, guided by our national interest, our commitment to human rights and responsibility to SADC and Africa,” Mabaya said.

Mabaya also hinted that South Africa might change its approach in the OPCW which now has powers to investigate and to determine that a chemical weapons attack has occurred but does not have the authority to identify the culprits. Until now South Africa, which is on the OPCW’s executive council, has sided with countries like Russia in resisting efforts by Western powers to give the OPCW extra powers to name those who use chemical weapons.

The Western powers, and many independent observers, believe Russia opposes giving the OPCW these extra powers in order to protect its ally, the Syrian government, which is widely believed to have used chemical weapons against its enemies and against civilians in the current civil war.

Several Western powers have been lobbying Pretoria to change its position.

Daily Maverick asked Mabaya if Sisulu’s specific reference to the OPCW in her statement on Thursday meant that South Africa would now vote for the OPCW to be given more authority to determine who is responsible for use of chemical weapons, for example in Syria.

“Our position has been clear, whoever uses chemical weapons on children, women and civilians must get the highest punishment and we would be happy to strengthen institutions like OPCW,” Mabaya said.

“We will no longer have a generic or standard vote, each issue must be evaluated and the minister and deputy minister will give guidance.”

Mabaya characterised the changes as “a total review of our voting approach” which Sisulu had ordered to be done as part of her Foreign Policy Review which is still under way.

“She wants to restore the power of capital (Dirco headquarters in Pretoria) to guide each and every vote. She wants the minister and the deputy ministers and the collective of Capital leadership to be the ones who decide each vote and each resolution decision.

“This is also going to be the same in the UNSC: before any vote, Capital must be presented with the options and the facts and scenarios and then Capital through minister and deputy ministers will guide.

“She has also introduced a weekly meeting of minister, deputy ministers, DG (director general) and DDGs (deputy directors general) to look at all work of each branch, votes and resolutions, the importance of trips and what must be achieved on each trip.

“This includes investments, partnerships, and concrete outcomes of trips. She is sending a core of young diplomats from January to strengthen Missions and to follow up on investments commitments and to ensure that economic diplomacy is central to our foreign policy.

“She is also committed to building and giving opportunities to young career diplomats,” Mabaya said.

He was speaking from Moscow where Sisulu is co-chairing the committee which oversees SA-Russia relations.

Mabaya noted that Sisulu had gone to address the staff in SA’s Moscow embassy, “to tell them that they must focus on growing imports from South Africa, from farming products to wines and most important they must mature already existing partnerships between South Africa and Russia companies in the field of mining, infrastructure and construction equipment”. DM