Sasol: the City on the Hill 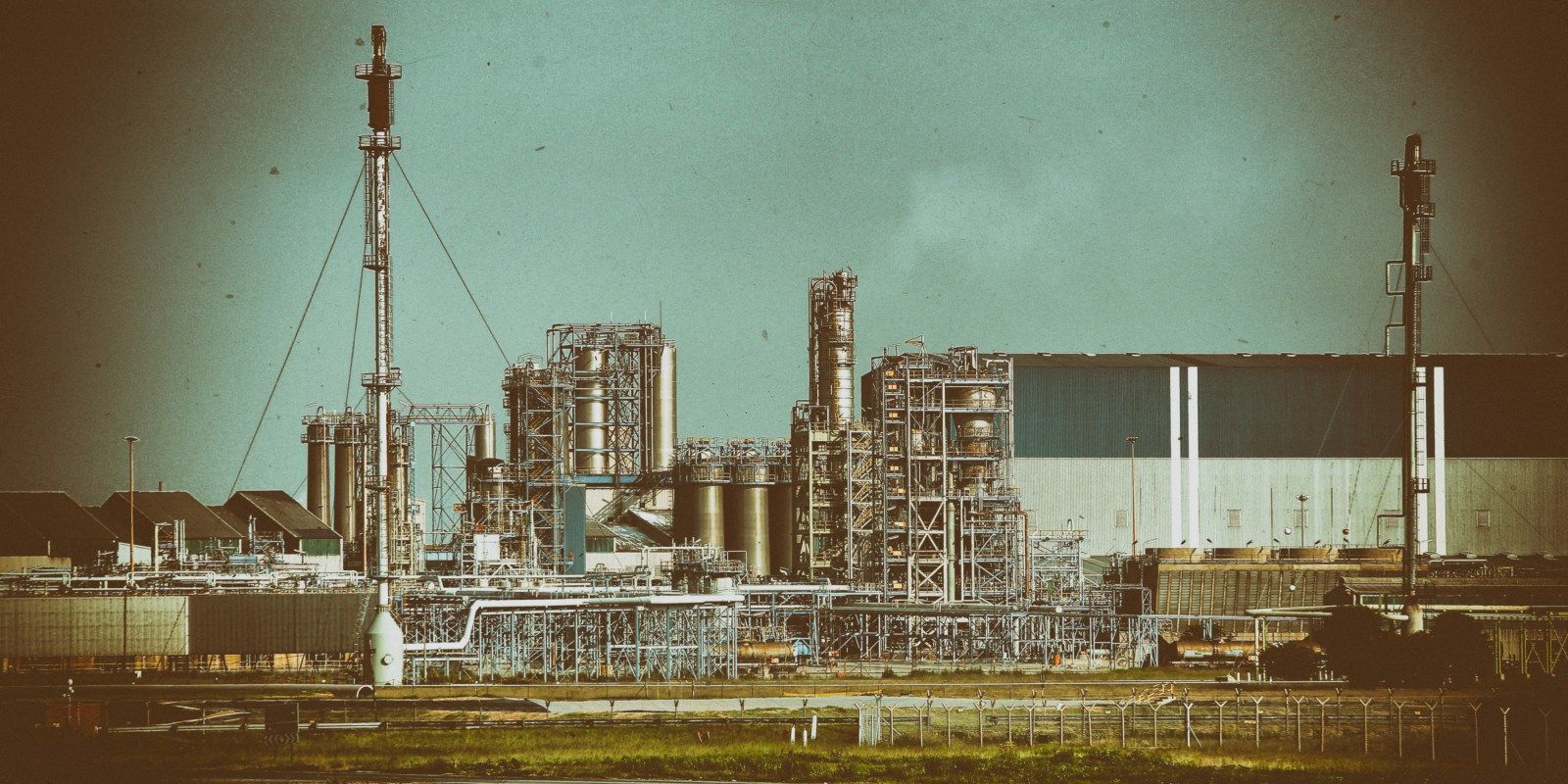 Sasol Limited plant near Johannesburg, South Africa, 03 January 2017 (reissued 03 September 2018). Reports on 03 September 2018 state members of a trade union consisting of mostly white employees at Sasol Limited have started a strike to protest a share ownership scheme that the company has offered to black employees only. The 6,300-member Solidarity Union has called the plan a 'blant discimination'. EPA-EFE/KIM LUDBROOK

In Ursula Le Guin’s 1973 short story, The ones who walk away from Omelas, the city of Omelas is a shimmering utopia of happiness and delight. The city’s prosperity and abundance, however, rely on the perpetual misery of a child locked in a dungeon. Each citizen, when he or she comes of age, is told about the child in the dungeon and how the wealth of the city rests on the suffering of this child. Although shocked at first, they all silently walk away, choosing to continue with their way of life and to forget the cruel sacrifice that underpins it. By Tracey Davies, Leanne Govindsamy, Desmond D’Sa and Ilham Rawoot.

The tale is apt when considering the wealth generated for shareholders by many multinational corporations, especially those in the extractives and fossil fuel industries. This wealth is so often created at the expense of the health and well-being of fence line communities, the workforce of these companies, and our environment. But for as long as the profits keep rolling in, we turn a blind eye to the “externalities”.

At Sasol’s annual general meeting on Friday 16 November, shareholders representing civil society organisations and some of the many communities affected by the company’s operations, asked probing questions of the board about Sasol’s environmental, social and governance (ESG) impacts.

Shareholders from the RAITH Foundation, the Centre for Environmental Rights, Justica Ambiental (JA!)/Friends of the Earth Mozambique, Just Share and Save the Vaal Environment asked, inter alia, about the company’s toxic emissions, which contribute to devastating air pollution in the Vaal Triangle Airshed Priority Area and the Highveld Priority Area; its calculation of financial provision for the environmental rehabilitation of its mining operations; the impacts of Sasol’s operations in Mozambique; and the company’s plans to engage with the South African Human Rights Commission investigation into the catastrophic pollution of the Vaal River.

Members of groundWork and the Vaal Environmental Justice Alliance, representing many of those who live in the communities most impacted by Sasol’s pollution, picketed outside the Sandton Convention Centre, where the AGM was held. They carried placards reading “Clean Air Now” and “Stop Polluting our Land”. But not even a whisper of their protest permeated the cavernous expanse of the exhibition hall in which the AGM was taking place.

In a sterile and controlled environment, the chairman of the board, seated and spotlighted with other executives on a high podium at the front of the hall, was intent on preventing shareholder questions from taking up too much time. The questions were answered, for the most part, calmly and politely, but the answers were often without substance. The chairman impatiently tapped his watch at anyone perceived to be taking too long. A series of questions were asked before any answers were provided, and this, together with the handy trick of disabling the questioner’s microphone as soon as a question had been posed, meant that it was impossible to engage further or to ask important follow-up questions.

The chairman was asked by JA! why, in 16 years of operating in Southern Mozambique, the company had only created 300 permanent jobs. The board’s response was to list a number of CSR projects in the country. Only when challenged for failing to answer the question did the board explain that its gas plant only needs 300 workers.

When he was finally able to bring the question and answer session to an end, the chairman was visibly relieved. The voting then commenced, on resolutions relating mainly to the reappointment of directors and executive remuneration. Most resolutions received “for” votes of around 99%, despite responsible investment proxy advisers recommending “against” votes for a number of them. This raises questions about how seriously big investors are taking their commitments to drive good corporate governance.

The South African investment community describes itself as being at the forefront of responsible investment practices, and most big asset managers and pension funds claim to “integrate ESG factors” into their investment decisions. Sasol’s operations are evidence that whatever “integration” is taking place, it is failing to effect any meaningful change in corporate behaviour. Shareholder activism on environmental and social issues is left to civil society, and the financial sector quails at association with that activism, for fear that it will damage the cosy relationships that define shareholder engagement in our corporate world.

There was no participation from institutional investors at the AGM – they will argue that their engagement takes place in other fora. But it is unclear what the purpose or outcome of this engagement is, especially on climate risk. Fossil fuel companies around the world are facing enormous pressure from institutional investors to set science-based emission reduction targets. Sasol made it clear at the AGM that it has no current plans to do so. This issue should be the primary focus of investor engagement, and the Government Employees Pension Fund, Sasol’s biggest shareholder, should be at the forefront of this engagement: its millions of beneficiaries are some of the people who stand to lose the most from climate disruption.

Climate change-causing greenhouse gas emissions and air pollution – two of the biggest global environmental risks – are core to Sasol’s operations and current business model. These and other ESG issues represent severe risks to shareholders. The irony of shareholder complacency about these risks is that, unlike the fictional city of Omelas, it will not always be only the enslaved child who suffers. Climate change and air pollution affect all of us, even the rich and powerful.

By allowing companies like Sasol to continue with business as usual, shareholders – especially the institutional investors with the power to drive change – are endangering us all. DM

Tracey Davies is executive director of Just Share, a responsible investment and shareholder activism NGO. Leanne Govindsamy leads the Corporate Accountability Team at the Centre for Environmental Rights. Desmond D’Sa is a 2014 Goldman Prize Recipient and co-founder of the South Durban Community Environmental Alliance (SDCEA). Ilham Rawoot works with JA!/ Friends of the Mozambique, where she co-ordinates the campaign against gas extraction in Mozambique.