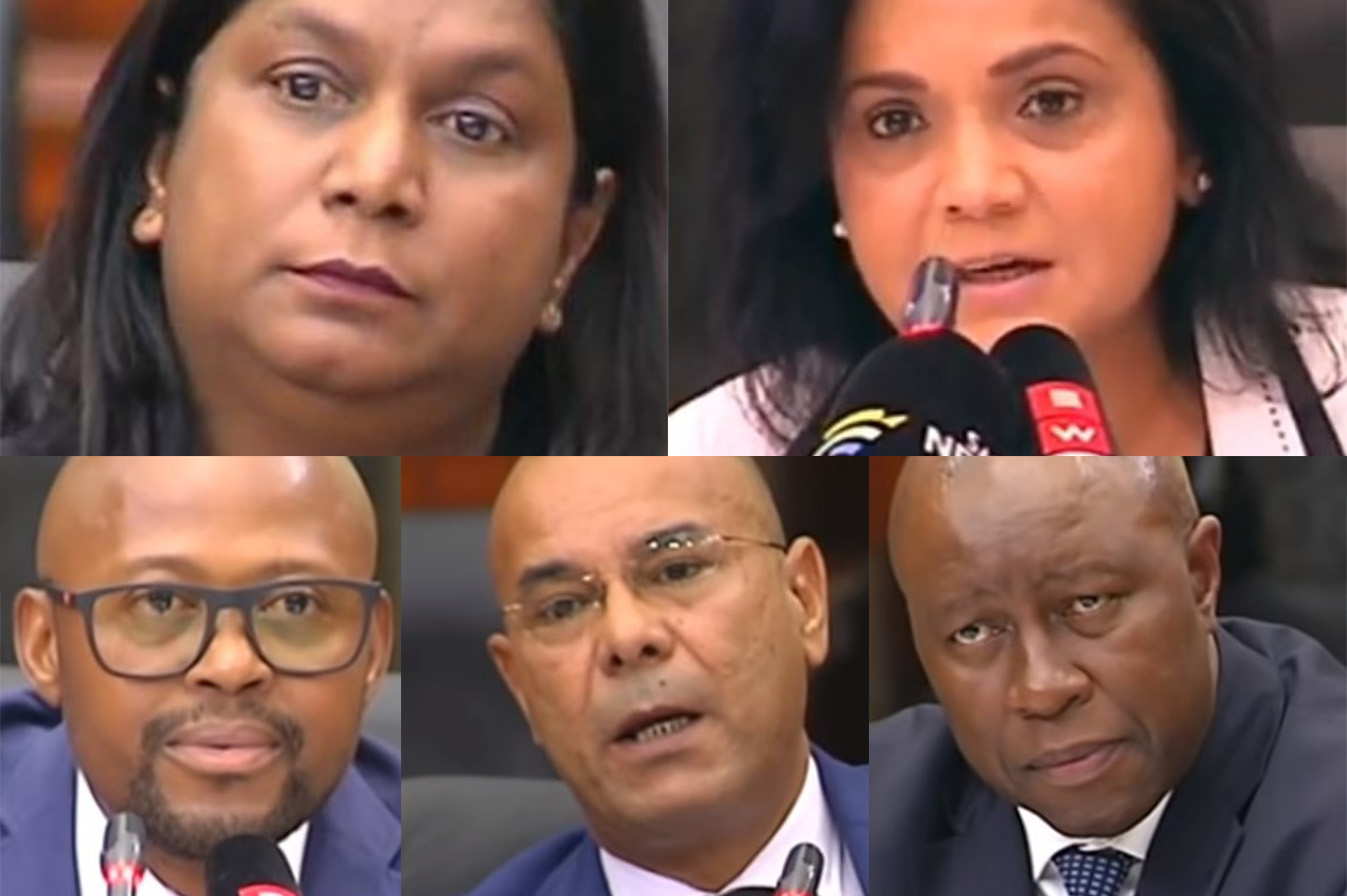 Candidates for the position of National Director of Public Prosecutions at the Union Buildings on November 14, 2018 in Pretoria, South Africa. (Photo by Gallo Images / Phill Magakoe)

The panel on appointing a new NPA head has sent five recommendations to President Cyril Ramaphosa after an exhaustive interview process. The future of the beleaguered institution and the criminal justice system is now in his hands.

The advisory panel on appointing a new National Director of Public Prosecutions (NDPP) has suggested five candidates to President Cyril Ramaphosa to fill the top job at the National Prosecuting Authority (NPA) after it held interviews with 11 people between Wednesday and Friday last week.

The panel was headed by Energy Minister Jeff Radebe, who has a controversial history when it comes to NPA leaders.

The Presidency said in a statement on Sunday:

“Minister Radebe said the nomination of five candidates reflected the confidence of the panel that the position of NDPP would be filled by a fit and proper national director and reflected the depth of leadership capacity and legal excellence in South Africa’s legal sector.

“President Ramaphosa, who this week completed a three-nation working visit to the European Union and is currently participating in an African Union Summit in Ethiopia, will study the recommendations of the panel and make an appointment within the timeline directed by the Constitutional Court.”

The Constitutional Court gave Ramaphosa 90 days from 13 August to appoint a new NDPP after it ruled both former NDPP Mxolisi Nxasana’s resignation and his successor Shaun Abrahams’s appointment were unlawful.

The Sunday Times reported it had reliably been told Ramaphosa will likely appoint Batohi, a former KwaZulu-Natal head of prosecutions who has worked as a legal adviser at the International Criminal Court in The Hague since 2009.

The NDPP interviews focused on candidates’ independence from political interference, experience and integrity, and how they understood the challenges at the NPA, which has never seen an NDPP finish a full term, and how they would tackle them.

Batohi’s experience and directness appeared to make her a favourite among panelists.

“The house is on fire,” she said of the NPA.

She was the chief prosecutor at the Edwin King Commission of Inquiry into match-fixing in cricket and was part of an investigation into apartheid hit squads. During her interview on Friday, Batohi emphasised the role of public prosecutors as “the voice of the victims in court”, and the need to start improving the NPA’s public credibility, which has been sacrificed by political interference and factionalism among its national leaders.

Batohi was accused by staff of racism during her term leading the NPA in KwaZulu-Natal. She said she had learnt from the matter, but the allegations were never ventilated in sufficient detail and she has since developed her managerial skills.

Mapoma was a senior state advocate at the Specialised Commercial Crimes Court, led legal services at Transnet and is presently in private practice.

“You don’t fix a problem without first understanding it,” he said of tackling the NPA’s challenges.

Mapoma was questioned on his lack of experience in the Supreme Court of Appeal and the Constitutional Court. He said he didn’t believe the public had lost full confidence in the NPA as there were dedicated prosecutors, but the institution needed someone who led by example and instilled its stated values in staff.

Johnson is an NPA senior deputy director of public prosecutions and was formerly with the Priority Crimes Litigation Unit (PCLU) and the directorate of special operations, the Scorpions. She appeared to make an impression on the panel, but was grilled on her previous prosecutorial decisions.

“It’s about time we stop acting like we are ostriches, we are all advocates,” she said on challenges in the NPA.

She said the NPA is not paralysed, but its difficulties start with its national leaders:

“They are the problem that filters to the rest of the NPA. That factionalism has to be dealt with because whether we like it or not it’s interfering with how we work and how the public perceives us.”

Johnson was part of the Scorpions team that prosecuted former police commissioner Jackie Selebi. She was grilled on the decision to target him and grant Brett Kebble’s murderers indemnity in relation to the case, and the light charges against Glenn Agliotti, who got off on Kebble’s murder, but was convicted of drug trafficking, and received only a fine.

Johnson said Agliotti’s acquittal was a “travesty” and the public expected more of the NPA, but she maintained she was independent and had fought against political interference in prosecutorial decisions.

Mlotshwa, a state prosecutor who left the NPA in 2015 and acted as the NPA head in KwaZulu-Natal after Batohi left, came to his interview prepared to detail his attempts to resist political interference.

He related how he resisted suspended deputy national NPA leader Nomgcobo Jiba’s attempts in 2012 to have him drop charges against two ANC heavyweights in KwaZulu-Natal regarding R144-million in provincial contracts.

“I think I’m credible because all the decisions that I took in the NPA have never been challenged,” said Mlotshwa, who went into private practice after leaving the NPA.

De Kock is the long-serving Director of Public Prosecutions in the Western Cape. In his interview he emphasised his professionalism and efforts to lead by example.

“My approach is that all those people we lead in our institution, we lead as a collective. I empower everybody, so when I’m not there, anyone can step into the breach,” said De Kock, who spoke at length on his managerial skills, but struggled under questioning about factionalism within the NPA.

The president has the sole prerogative to appoint the head of the NPA — in the past, decisions about the position have been taken behind closed doors, some of which have been challenged and overturned in court.

Opening the interviews to public scrutiny has been widely hailed, but the decision remains with Ramaphosa. DM