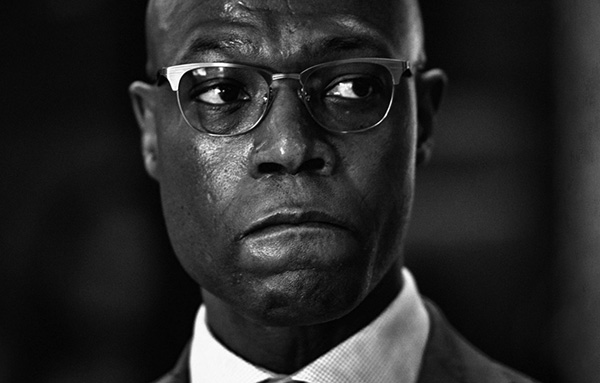 Former Acting CEO of Eskom Matshela Koko comes up on 78 of the 194 page-Treasury report into how Eskom was captured.

A bombshell forensic report into the Gupta family’s coal supply contracts to Eskom has recommended that former acting CEO and head of generation Matshela Koko be criminally probed for possibly contravening the country’s corruption laws and receiving gratuities.

Koko is found in the report to have favoured the family at all points of their transaction at Eskom. The #Guptaleaks have previously revealed that he allegedly benefited from trips to Dubai by the family.

The report recommends that the Hawks probe Koko and four other former Eskom executives for a full house of misdemeanours and illegalities which contravened both internal processes and laws to ease the Gupta family path into coal.

As he plotted where the biggest, most accessible public revenues were to build the family fortune, the oldest brother and mastermind Ajay Gupta chose coal because South Africa’s energy supply is still coal-based.

In 2015, the family Shanghaied the Optimum coal company from Glencore, the controversial multinational commodities trading house with the collusion of the Mineral Resources minister Mosebenzi Zwane. Zwane accompanied the family to negotiate the sale of Optimum, a holding company for their mines, to the Indian family at the heart of South Africa’s patronage nightmare. At the time, they did not have the cash flows that would later fatten their wallets, so Eskom made a prepayment of over R600-million at the beginning of 2016 to enable that purchase.

The forensic report, released on Friday by the Treasury and undertaken by the Fundudzi forensic company, painstakingly recreates this transaction and shows it was pockmarked by evidence of collusion and corruption.

“Eskom management prejudiced Glencore by refusing to sign the negotiated coal supply agreement (CSA) giving advantage to Tegeta to acquire all assets in Optimum (OCH) and which amounted to the abuse of a position of authority, a breach of trust, and a violation of a legal duty or a set of rules in terms of the Prevention and Combating of Criminal Activities Act,” says the report.

This prejudiced Eskom to the value of R2.1-billion, according to the report which also finds that: “Eskom acted in bad faith when the company, represented by Koko, refused to waiver the historical penalties levied against Optimum (OCM) which led to it going into business rescue, but reduced the said penalties through arbitration after Tegeta purchases the assets in Optimum.”

The report also finds that Koko and other Eskom executives planned and plotted the prepayment which enabled the Gupta’s path into coal well before it was brought before the Eskom board.

Coal has to go through significant tests before it can be used in Eskom’s supply plants because these are nerve points for the country and its economy. But the report finds that Koko subverted testing procedures in order to get the Gupta’s coal ambitions on track.

“Koko’s conduct in preventing Eskom’s employees from observing the re-sampling and retesting processes compromised the transparency of the said processes as none of the Eskom officials observed the sampling process.” And the report finds that Eskom officials doubled Tegeta’s contract duration from five to 10 years without consulting the senior general manager in the primary energy division, Vusi Mboweni.

Koko to date has consistently denied any wrongdoing.

Tegeta is in business rescue and workers at the Optimum coal mine have struggled with late wage payments in 2018. Koko comes up on 78 of the 194 page Treasury report into how Eskom was captured. DM