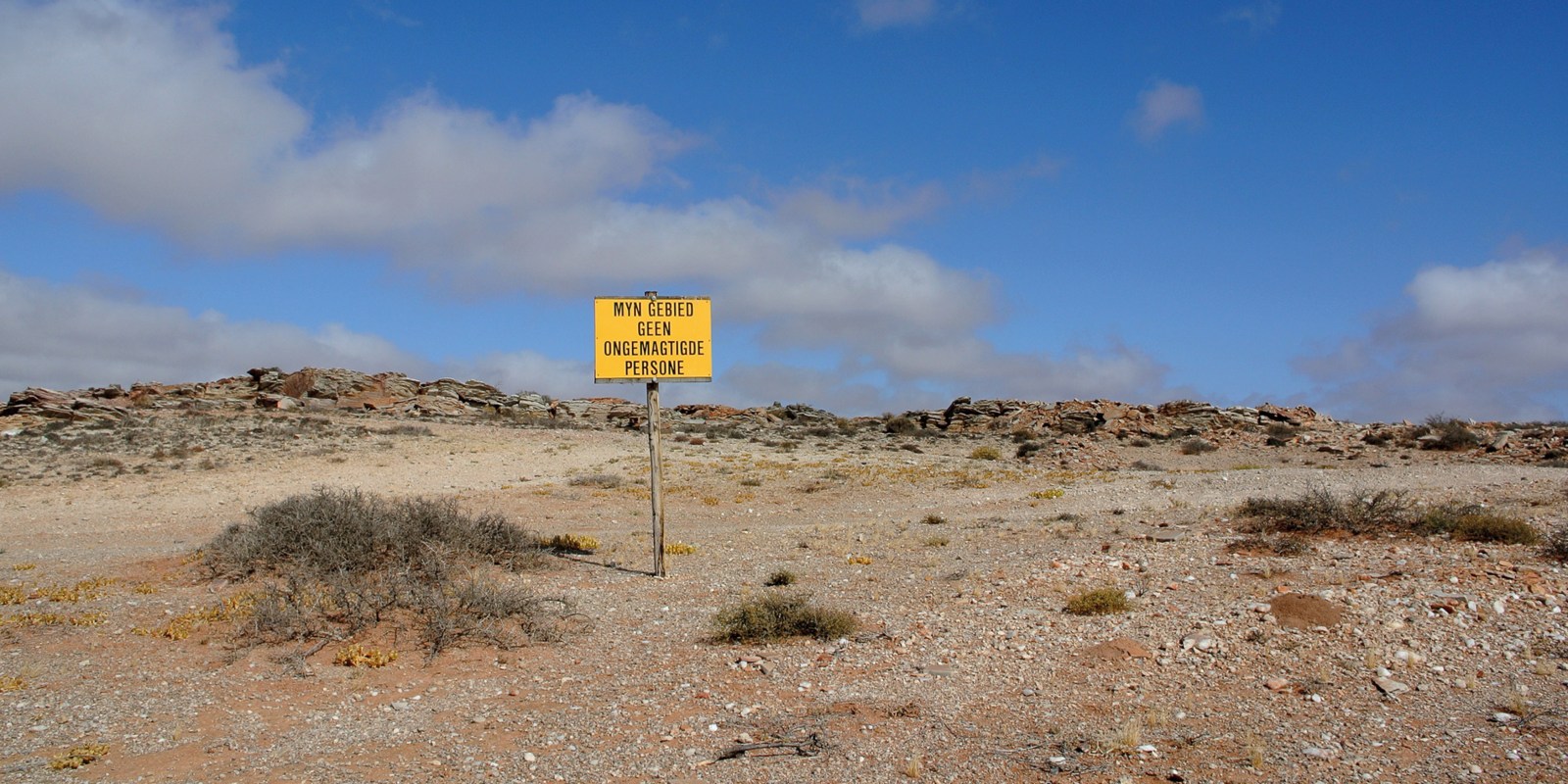 File Photo In the koppies west of Lekkersing is an old quartzite mine that is now deserted. Lekkersing, Eksteenfontein and Kuboes are the only settlements in the Richtersveld World Heritage Site. June, 2012. (Photo by Gallo Images / GO! / Barnie Louw)

ActionAid South Africa and the Richtersveld community have described simmering tension and violence in the area over the past two weeks and have called on government to ‘urgently intervene’.

Mine security guards and farmers are alleged to have opened fire on Kuboes, Sanddrift, Eksteenfontein and Lekkersing community members during a protest earlier this week after the exclusion of the community from sites occupied by mining contractors.

The communities are beneficiaries of the largest ever land claim in South Africa in the diamond-rich Richtersveld region.

According to a statement by Christopher Rutledge, Natural Resources Manager ActionAid SA (AASA), and Guido Kotze, a Richtersveld community member, a march had been organised after mine security officials had denied access to the mine to the community.

“As the community protested their exclusion, security guards and some farmers opened fire on the community, wounding several people and property in the process,” reads a statement.

Kotze, who participated in the protest, said that the mine had, since the skirmish, cut off the community’s water supply and had blocked public access roads into the mine.

AASA has been working with artisanal miners in South Africa hoping to assist with the development of a new legislative framework “which will accommodate the type of mining the community of Richtersveld have been demanding”, AASA says.

The organisation on Monday accused the Department of Mineral Resources (DMR) of not exploring solutions “to the growing challenge of artisanal miners in the country”.

The communities of Kuboes, Sanddrift, Eksteenfontein and Lekkersing received 84,000ha of diamond-rich land, a mine, farms and R190-million in reparations, in one of this country’s largest land claims, awarded in 2000.

But, despite the historical land claim, jobs at the Richtersveld Mining Company – a joint venture with state-owned Alexkor – have fallen from 1,500 to 106 while production had dipped from 200,000 carats of diamonds per annum to 35,000. Farms which in the past had turned over R5-million a year have grown fallow.

AASA noted that in 2013, after government intervention, “the community was given new hope that they would eventually be able to work their way out of the debilitating poverty which has been a hallmark of their existence since their land was first violently expropriated from them by the apartheid state.

“The government prioritised a turnaround strategy to boost production and create 400 jobs.”

A R50-million investment had also been approved, farming was to be revitalised, creating 34 jobs, and the area’s roads would be improved, said then Deputy Public Enterprises Minister Bulelani Magwanishe in 2013.

AASA charged that after assisting to broker a deal between the DMR and artisanal Miners in Kimberley, “the DMR has refused to even acknowledge the many letters and emails we have sent to them in which we propose closer collaboration with our research which seeks to develop a legislative framework for artisanal mining in South Africa.”

This research was undertaken by the Wits School of Mining and Engineering, and engaged with thousands of artisanal miners in Kimberley, the East and West Rand of Gauteng and in Mpumalanga.

The results, which will be published in 2019, “point to the valuable role that artisanal miners play in adding real social and economic value to communities where poverty and unemployment are rife”.

Current mining legislation in South Africa does not accommodate artisanal miners and only permits small-scale mining.

“The needs and challenges of artisanal miners are markedly different to the challenges of small scale mining and as long as the DMR remains closed to this reality, the scourge of unregulated mining and the resultant social conflict and crime that it attracts will continue,” said Rutledge.

AASA, as well as Mining Affected Communities United in Action (MACUA) and the Northern Cape Artisanal Miners Association are seeking to host an Artisanal Miners Conference in 2019 “to consider the need for a national artisanal miners association which can lobby for their inclusion under the mining legislation”.

This is a developing story and comment from the departments of Mineral Resources and Public Enterprises will be added when it is received. DM