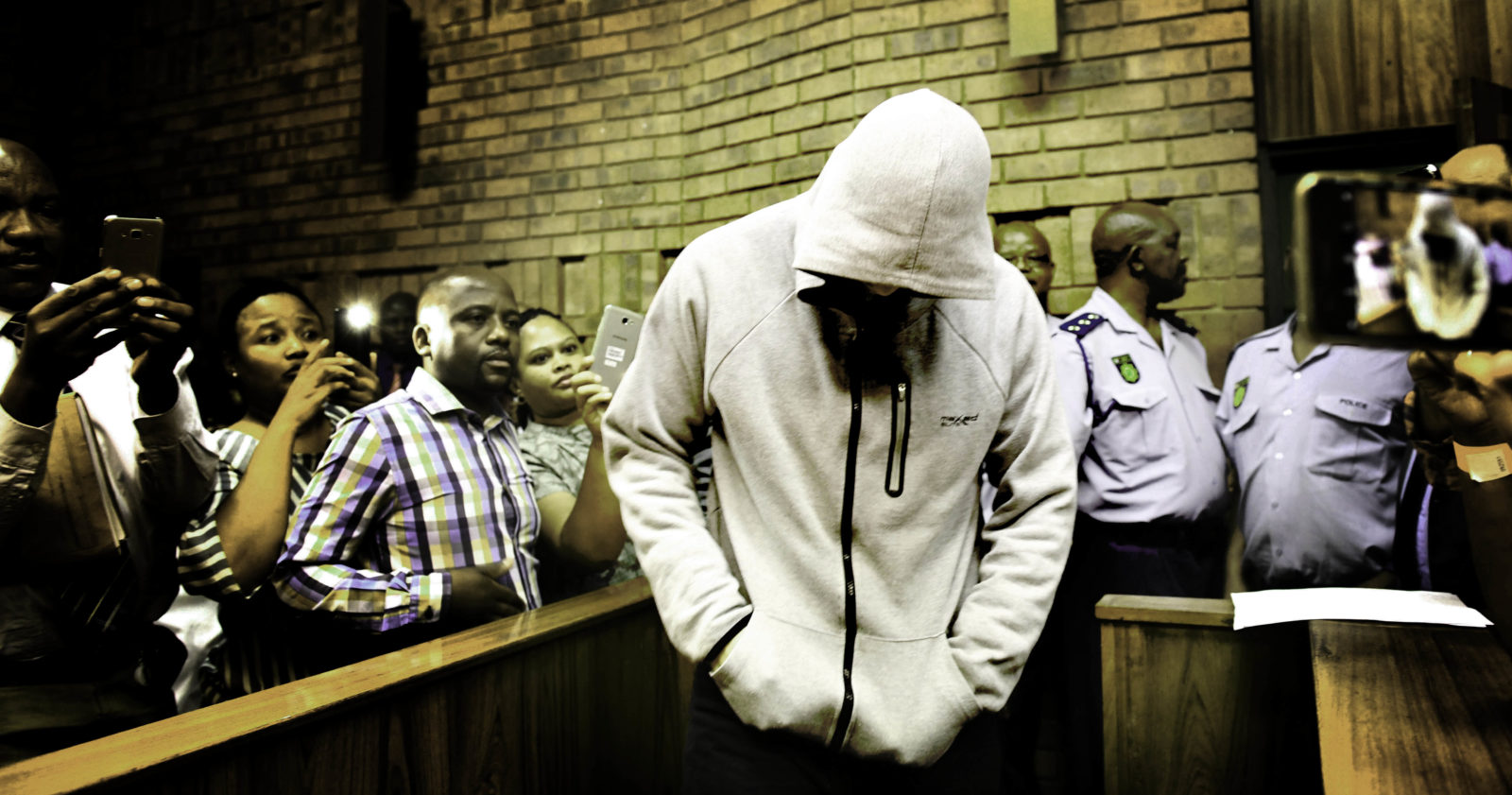 The alleged Dros rapist’s defence lawyer is trying to blame his client’s behaviour on a bipolar diagnosis. But while many people associate mental illness with violence those who are mentally ill are much more likely to be victims of violent crime than perpetrators.

A massive body of research shows that mental illness is not a predictor of violent crime – contrary to public perceptions, which are often fuelled by the media.

“In public perception, mental illness and violence remain inextricably intertwined, and much of the stigma associated with mental illness may be due to a tendency to conflate mental illness with the concept of dangerousness,” noted a 2016 report in the BMJ medical journal.

According to the South African Federation for Mental Health, this is exactly what has happened as a consequence of media reporting around the “Dros rapist” case.

On 1 November, presiding Judge Thandi Thelede agreed to send rape-accused Nicholas Ninow for psychiatric evaluation at Weskoppies mental health facility to determine whether his mental state rendered him unfit to stand trial or not be held criminally liable for the offence for which he is accused.

“In light of aggravating circumstances against him, the media have drawn a nexus between the act he allegedly committed and his mental illness, citing that people with such a condition are dangerous and their state of mind leads them in the direction of violence and criminality,” said the federation in a statement.

Thelede’s decision came after Ninow’s lawyer cited that he had been diagnosed with bipolar disorder in 2013 and had spent time in a rehabilitation centre battling substance abuse. This has angered many South Africans because of the severity of his alleged crime: the rape of a seven-year-old.

But creating the impression that people with mental illness are violent not only hurts people living with psychiatric conditions, but is also erroneous.

People living with mental illness are more likely to be victims of violent crime than perpetrators and evidence shows they contribute to an extremely small percentage of violent acts. This small percentage becomes even smaller in settings where violence is endemic – as is painfully and blatantly the case in South Africa.

“In South Africa, mental illness does not contribute to violent crimes in any significant way simply because there is so much violence around,” said Professor Sean Kaliski, who heads up the Forensic Psychiatry department at the University of Cape Town.

Contrary to public perception, research has shown that those who need mental healthcare are actually more likely to be victims than perpetrators.

A 1999 study published in the journal Psychiatric Services and conducted in the United States found that people with severe mental illnesses, including schizophrenia, bipolar disorder or psychosis, were more than two and a half times more likely to be the victims of violent crime compared to the general population.

“Major mental disorder and psychiatric disturbance are poor predictors of violence,” noted authors in a 1998 scientific review published in the same journal.

They wrote that “the combined evidence from these studies” indicates that “persons with psychotic diagnosis are less likely or at least no more likely to commit violence”.

Kaliski, who conducts evaluations on alleged offenders at Valkenberg Hospital in Cape Town, said that, on average, a quarter of the alleged referred for psychiatric evaluation are deemed either not criminally liable or unfit to stand trial.

He said that these individuals are thoroughly assessed by teams including psychiatrists and psychologists as well as social workers and occupational therapists in some instances.

Determining whether a person is fit to stand trial or criminally liable requires a “complex programme” and that those concerned about whether Ninow will “pull the wool over the eyes” of the Weskoppies team need not worry.

“The team at Weskoppies is highly experienced and will see straight through Ninow if he is playing silly buggers, and he’ll be back in court in a month. He will not escape responsibility,” said Kaliski.

According to Kaliski, in countries with very low rates of violent crime such as the Scandinavian nations, about 3% of such crimes can be attributed to people with serious mental illness.

Yet many, including Health Minister Aaron Motsoaledi, are concerned about the increasing rates of alleged perpetrators of violent crimes being referred for psychiatric evaluation.

“There are 1,400 criminally accused who are languishing in our mental health institutions waiting for mental health assessment. I’m quite sure that many of them are just criminals but they’ve taken space for mentally ill patients,” Motsoaledi said in August.

He added that lawyers are taking advantage of the Mental Health Act’s provision of a 30-day evaluation for criminally accused persons citing mental ill-health.

But what is of equal concern is the government’s inability to keep up with providing these services in overstretched and under-resourced state institutions.

According to Kaliski, the state patient population – those who are not criminally responsible for their offences and or are not fit to stand trial because of their mental illness – “is growing alarmingly”.

There are just six state forensic units in the country where the state can refer such individuals and the ever-increasing waiting lists and lack of expansion of services “is of great concern”, said Kaliski.

But he repeated that this was not because people with mental illness are violent, but rather that it is a consequence of the massive levels of violence in our society.

Research has shown that, on average, to prevent one stranger homicide, 35,000 patients with schizophrenia, who have already been deemed at high risk for committing violence, would need to be detained.

The BMJ authors said that focusing on the link between mental ill-health and violence and “ignoring the fact that most of the violence in society is caused by people without mental illness” contributes “to the stigma faced by those with a psychiatric diagnosis, which in turn contributes to non-disclosure of the mental illness and decreased treatment seeking”.

Locally, the Federation for Mental Health pointed out that this evidence, as well as the country’s high suicide rates, “people with mental illnesses are more of a danger to themselves than to others”.

The organisation said that mental illness and psychosocial disability are not simply excuses and should not be seen as a “get out of jail free card”. DM