Where nobody speaks out, murder becomes the norm 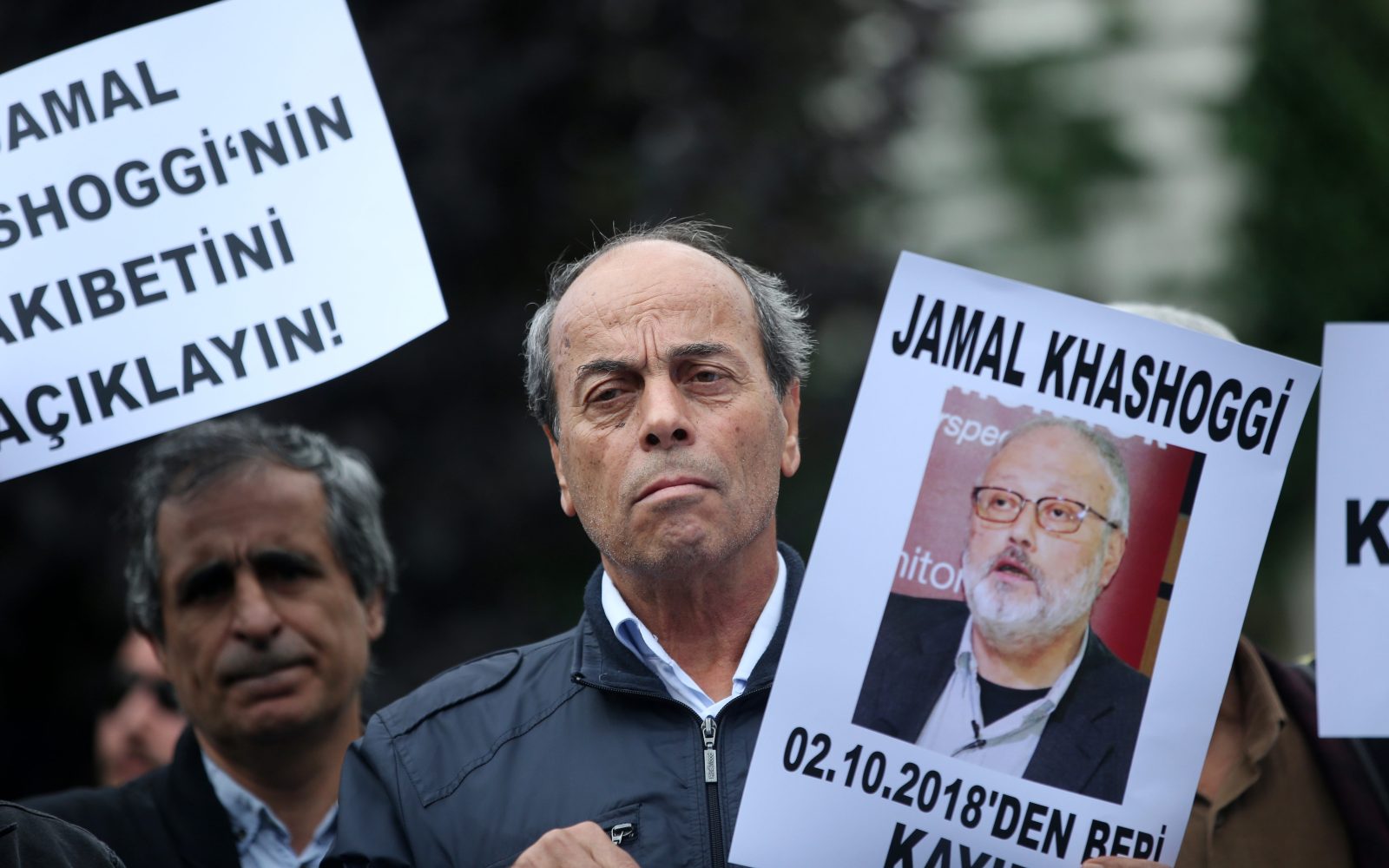 The murder of Saudi writer Jamal Khashoggi is nothing new. From Steve Biko to genocide in Matabeleland, the world rarely acts on a killer state.

A month gone by, no corpse, thousands of words in the press, and nothing done.

How do you begin to understand the death of journalist Jamal Khashoggi at the Saudi consulate in Turkey?

In 1983, Robert Mugabe sent a North-Korean-trained brigade to opposition strongholds near Bulawayo, and, over the next four years they slaughtered somewhere up to 20,000 people and rendered more than a million homeless.

The killings, now recognised as a genocide, were not condemned by a single world leader. The United Nations and regional groups in Africa, Asia and the Americas said nothing. No one has been brought to justice.

Khashoggi’s death has drawn a response, but it’s also shown how powerless the United Nations, EU, Arab League et al really are. Lots of huff and puff, but not much else.

This begs the question: If Gukurahundi happened today, would the world say (or do) anything?

And if someone like struggle hero Steve Biko – murdered by the authorities in 1977 – died tonight in a police cell, would the African Union even comment? More likely we’d be told it was an “internal matter”.

As Khashoggi wrote in one of his last columns for the Washington Post, “such actions trigger a condemnation, quickly followed by silence”.

Saudi Arabia escaped the Arab Spring that saw a change of government in Egypt, Tunisia and Libya. Unlike South Africa, it has never embraced democracy, though reform is under way, especially on the rights of women.

It is a major source of oil, and stands with the US against Iran while improving links with Israel. The young crown prince, Mohammad bin Salman, leads these efforts, so what would be gained by putting his power at risk over the death of a writer?

It was the same during apartheid in South Africa. There was a limit to what the world’s trading nations could do when their shipping had to pass the Cape sea route.

Or Pakistan, through which Western forces gain access to land-locked Afghanistan.

Ditto the tiny state of Djibouti on the Horn of Africa, the only viable stop on a narrow strait that links the Indian Ocean to Suez. Much of the trade out of Asia, Australia and East Africa goes this route to and from Europe, along with five million barrels of oil per day from the Gulf.

Djibouti is ruled by Ismaïl Guelleh, now in his fourth term under a constitution that allowed only two until he changed it. The only two presidents since independence from France in 1976 have been Guelleh and his uncle.

At elections last year, his party took an improbable 88% of the vote. Critics say the opposition is mostly in exile while groups like Human Rights Watch and Amnesty International allege that torture is rife. The press is largely under state control.

But it’s hard for governments to say much. The United States has a military base here, as does France. China has recently finished its own barracks with room for more troops than the other two combined. And there are smaller forts run by India, Italy, even Japan in its first venture abroad since World War ll.

Saudi, apartheid South Africa and, for much of its history, Zimbabwe, have all been friendly to business. But earlier this year, when Guelleh fell out with Dubai-firm DP World who ran his container port, he simply nationalised their assets. The state claims DP World was not performing well, a charge they deny.

Professor Gregory Stanton is one of the world’s top authorities on human rights and founder of Genocide Watch, an early warning system for crimes against humanity.

Whether lecturing at The Hague or to a committee of the United Nations, Stanton likes to quote his hero, Martin Luther King.

“Over the bleached bones” of many nations, Dr King wrote, “are written the pathetic words, ‘Too Late’”.

The key in opposing tyrants, says Stanton, “is to act firmly and early. The more a strategic ally sees it can do terrible things with impunity, the bolder it will get”.

And he has examples.

“We saw that with Ferdinand Marcos in the Philippines, Papa Doc in Haiti, Rios-Montt in Guatemala, and Robert Mugabe in Zimbabwe. It was silence that gave them a licence to kill.”

But while Stanton believes the White House has a duty to denounce such crimes, the US president “shouldn’t destroy decades of diplomacy,” with strategic partners.

“Protecting human rights is not an all or none struggle,” he said. “We can recall our ambassador, speak out at the UN, deny visas.”

But there was never a place, he said, for silence.

“In Djibouti it may not be too late,” he said. “The US has a military base there on the sea-lane to Suez, but president Guelleh also needs to understand he can’t go on abusing his people forever.

“We should look for every means we have to promote freedom, even when the struggle seems obscure and hard, half way around the world.”

So where does that leave the death of the Saudi journalist? His late uncle, arms billionaire Adnan Khashoggi, was better known in Africa for pouring millions into conservation. Jamal’s writing didn’t reach this part of the world unless you follow the US newspapers, but his loss is no less worrying than Biko.

After initially trying to dodge the matter, Crown Prince Mohammad bin Salman seems to be working with Turkish and US authorities though he claims the killing happened without his knowledge.

As South Africa has shown, if the transition to democracy is handled well, freedom can blossom. For all its faults, this is still a country where we can say and write what we like.

The Middle East has few democracies, the Horn of Africa is no better. Ethiopia is trying a new, more free system of government, and the verdict is still out in Zimbabwe after Mugabe.

Where progress is slow, perhaps the world does need to act. Burma under the disappointing Aung San Suu Kyi seems to be crying out for this. And so are Saudi and Djibouti.

And it’s time for a Truth Commission in Zimbabwe to reveal what really happened in Matabeleland and to countless others who died on Mugabe’s watch.

For people like Jamal Khashoggi and Steve Biko, making the world a better place meant speaking out.

Zimbabwean writer Geoff Hill is author of the book, What Happens After Mugabe?