The Week Ahead: Ramaphosa and Mabuza to make appearances in Parliament 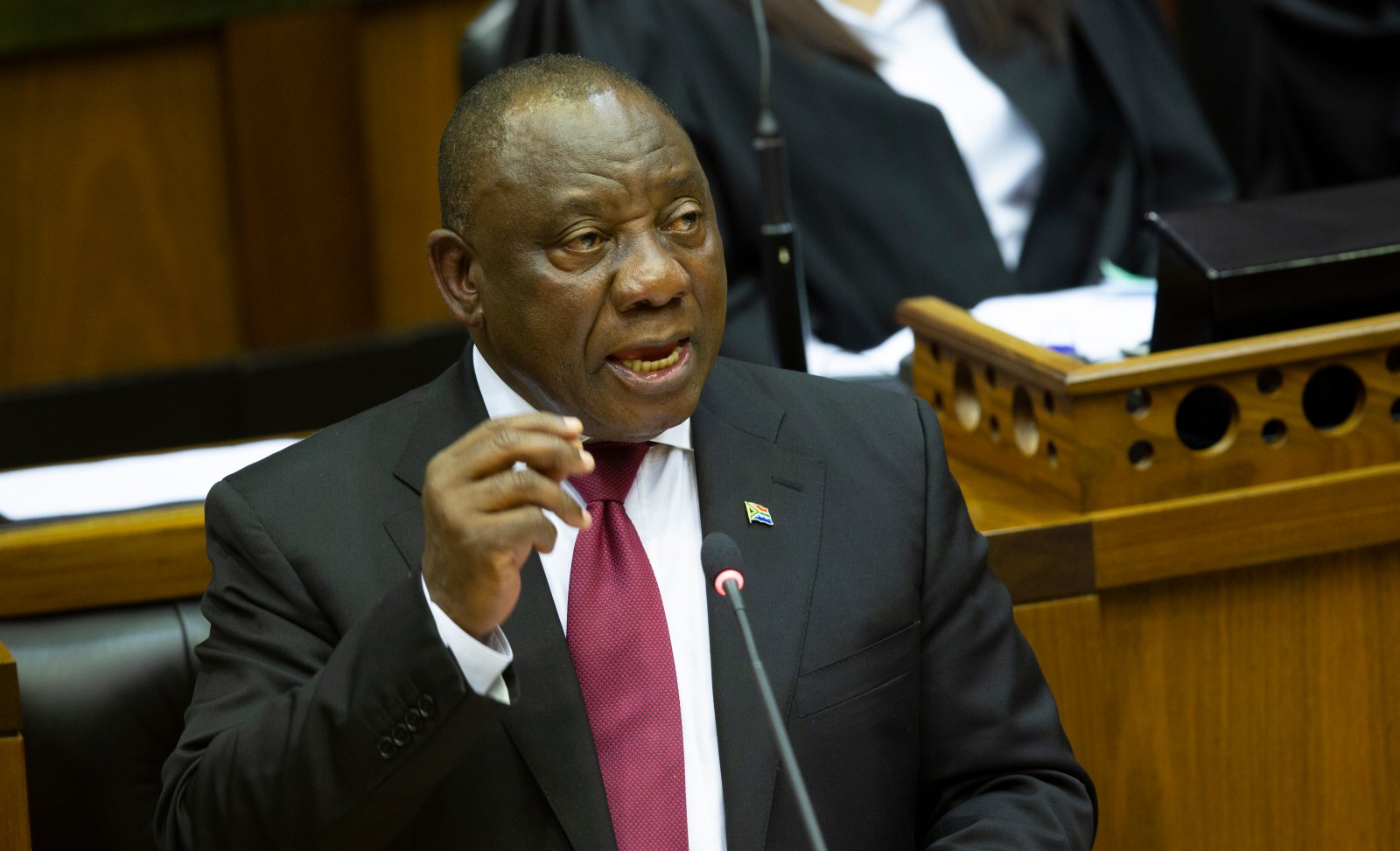 There's a full and mixed flavour to the coming week's parliamentary business.

This is the President’s final interaction with NA lawmakers for this year. This session was originally scheduled for last month but had to be moved after the President was too ill to appear.

President Cyril Ramaphosa will be grilled on a variety of issues, including the recently unveiled stimulus and recovery plan, the spate of community protests, SA’s role as a non-permanent member of the United Nations Security Council, the loan agreement signed with China and an urgent question on the VBS matter. Read the questions here.

Meanwhile, the leader of government will respond to these questions.

For all its limitations, this is usually an occasion of heightened interest and the most interesting exchanges happen during the follow-up questions from opposition MPs.

Both chambers have also arranged oral reply sittings with different Ministers in the Economic Cluster where they will be probed on a variety of issues – everything from specific scandals and programmes to big-picture policy and performance will be under the microscope. Generally, governing party MPs and the opposition have different objectives when it comes to these engagements: the former tends to provide Ministers with an opportunity to put government policies and actions in a favourable light while the latter aims to do the opposite.

There are several municipalities that do not have access to clean water. Further, there is growing concern about the financial woes of the Department of Water and Sanitation and its capacity to provide bulk water infrastructure. Given all of this, the NCOP has scheduled a debate titled: “Debate on the lack of accountability and monitoring by the Department of Water and Sanitation that leads to substandard quality of bulk infrastructure; and the inability of National Treasury to take action against corruption, with reference to the bulk infrastructure, to retrieve some of the money wasted.”

There is some significant action in the Committee corridor. Here is a rundown of the highlights:

The Medium Budget Policy Programme trudges on. The Standing Committee on Appropriations will hear from the Public Service Commission and Human Sciences Research Council on the 2018 MTBPS (Tuesday and Wednesday)

The President hosted a Jobs Summit in early October. The Jobs Summit brought together government, business, labour and community organisations to advance job creation. Legislators will get a briefing from the Ministry of Labour on the Jobs Summit Report of 2018. (Wednesday)

SAPS will be in the spotlight when it is probed on contract management; irregular expenditure /consequence management; status of SITA contracts (SCOPA) and bid specification, evaluation and adjudication. (Wednesday)

In August, President Ramaphosa launched a public-private partnership that will provide innovative, safe ablution facilities at nearly 4 000 mostly rural and township schools. This was a response to an emergency that had claimed the lives of children at schools. A joint committee will receive a briefing from the Department of Basic Education on sanitation backlogs at schools.

The Select Committee on Trade and International Relations is expected to ratify two international agreements: the SADC Protocol on Finance and Investment and the Agreement establishing the African Continental Free Trade Area. (Wednesday)

The Standing Committee on Finance will discuss VBS Mutual Bank. According to the SA Reserve Bank, almost R2 billion was looted from VBS, implicating top politicians and businessmen. The Committee has previously expressed its outrage at the plunder of VBS Mutual Bank and urged the Hawks and the National Prosecuting Authority (NPA) to act swiftly and decisively against those alleged to be responsible for wrongdoing. (Wednesday)

The embattled public broadcaster will be in the hot seat when it appears before Scopa to answer questions on irregular, fruitless and wasteful expenditure as well as payable and receivables. The SABC is already experiencing liquidity challenges and plans to lay off thousands of employees. (Wednesday)

The Auditor-General will brief Parliament on its 2019-2022 budget and strategic plan, including the audit directives in terms of the Public Audit Act, No 25 of 2004. (Friday)