Congo: The Trial of King Leopold II – strong on facts...

Congo: The Trial of King Leopold II – strong on facts but lacking in feelings 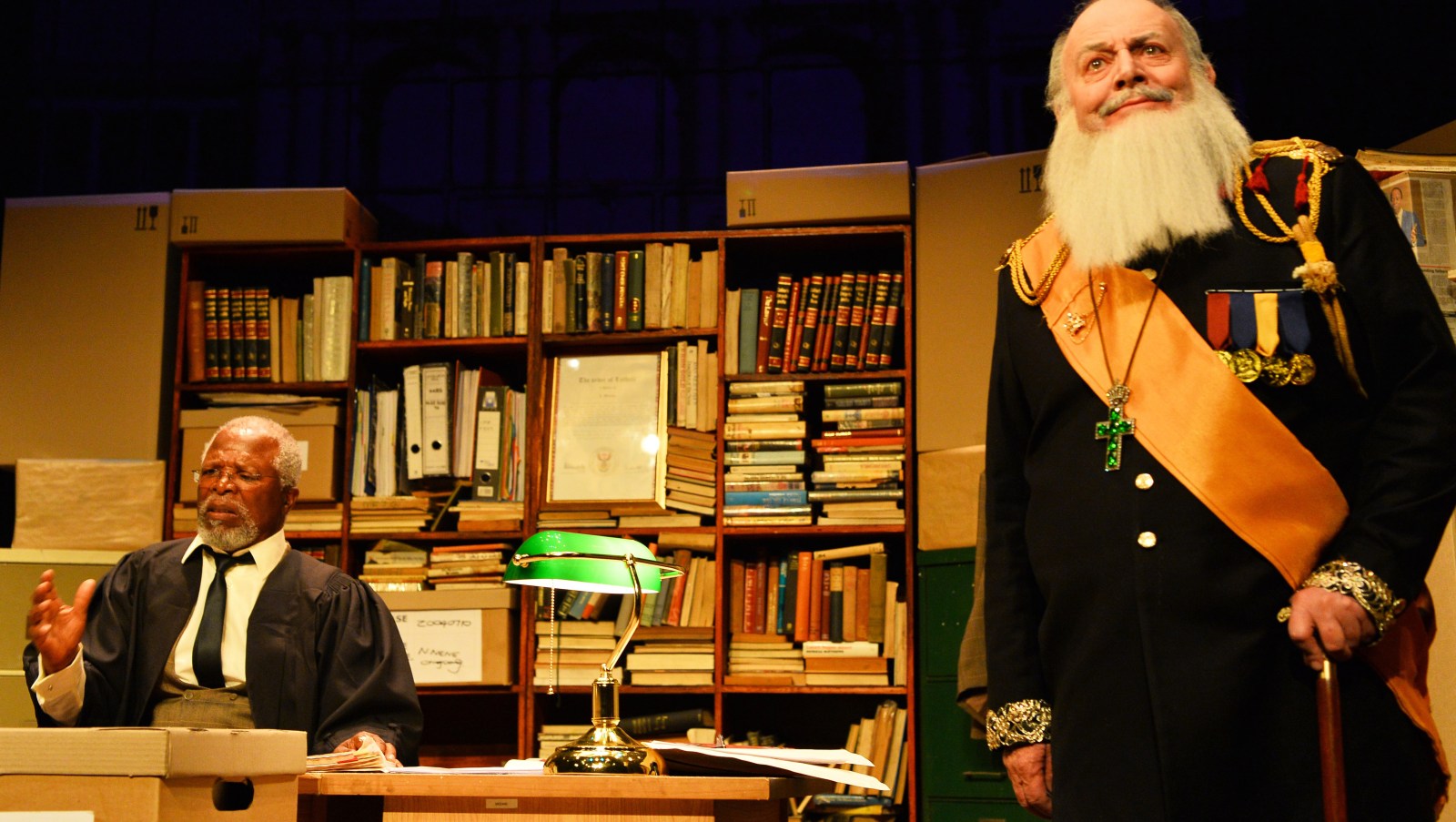 The Trial of King Leopold II runs at the Market Theatre until November 11. Photos: Lungelo Mbulwan

The atrocities of the Congo came to the fore again in 2005 when the Africa Museum in Belgium hosted a conference to debate the truth captured in the book King Leopold’s Ghost by Adam Hochschild. This, then, should be a play that leaves its audience engaged and outraged, but the heavy debate never sparkles and the characters rarely shine.

Some stories are simply so horrendous that they ought to leave you frothing with fury and indignant for justice.

Like most of the news coming out of South Africa right now, for example, with tales of corruption and the wholesale plundering of national assets. So how about the systematic slaughter of an estimated 10 million people in the Congo, executed by troops from the tiny nation of Belgium when they marched in and plundered part of Africa for their king? Yes, that’s certainly a story worth telling. 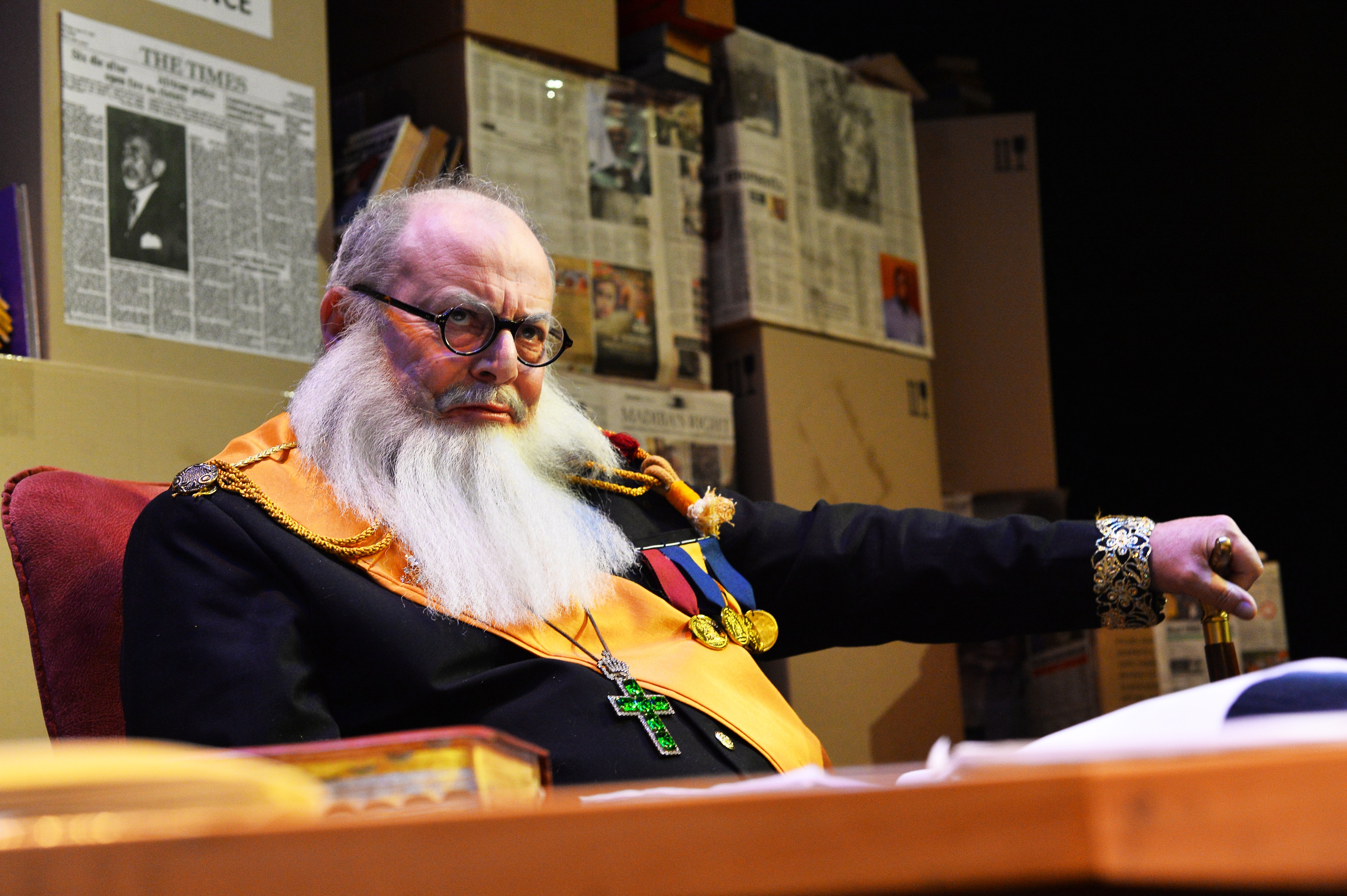 Congo: The Trial of King Leopold II is a play written and performed by veteran actors John Kani and Robert Whitehead, who worked with young director Lesedi Job to develop the script.

It was adapted from Mark Twain’s satirical pamphlet King Leopold’s Soliloquy written in 1905, where Twain had the vainglorious monarch defending his rule. The king ran the Congo as his personal fiefdom from 1885 to 1908, when ivory, rubber, copper and diamonds all flowed out of Africa and into Belgium. Blood flowed too, with millions slaughtered and many more mutilated by having their hands hacked off for not working hard enough for their colonial masters. Many others died when high taxes caused the starvation of entire villages.

The atrocities came to the fore again in 2005 when the Africa Museum in Belgium hosted a conference to debate the truth captured in the book King Leopold’s Ghost by Adam Hochschild. 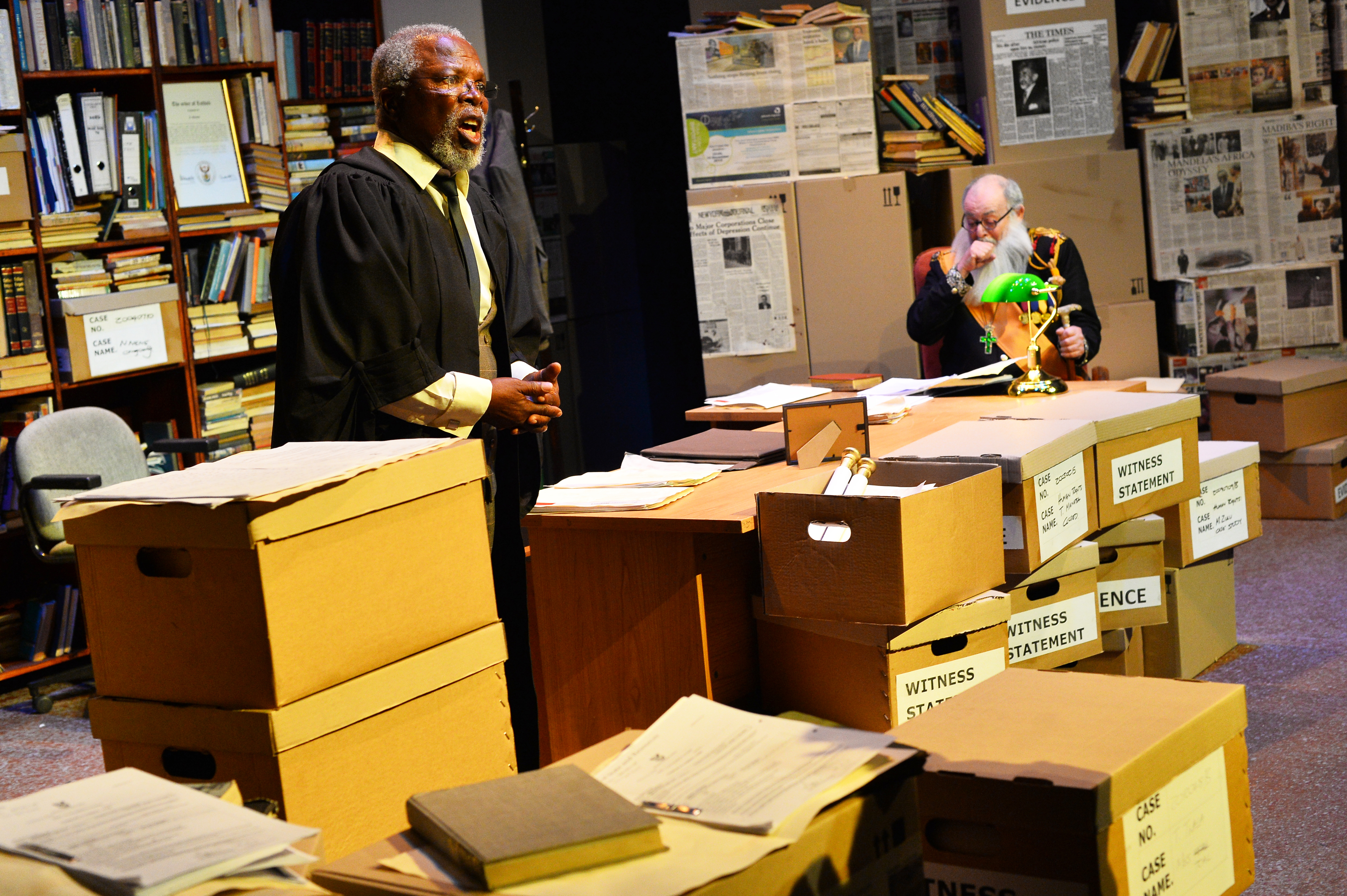 This, then, should be a play that leaves its audience engaged and outraged, but it left me cold. My attention wandered dreadfully as the heavy debate never sparkles and the characters rarely spark.

The trio have reworked the story as a showdown between a lawyer and the king, and it becomes an academic history lesson, not the riveting drama you expect when genocide is exposed and answers demanded.

The stage set by Lungile Cindi is a gloriously messy office filled with boxes and legal papers that lawyer Xola Mlambo (John Kani) is packing up to retire. He reminisces about a few old cases, then finds his thesis on the Belgian Congo massacre, in which he argued that King Leopold II should have been tried for genocide. This is the case that got away, he muses, and then lo, there is the king himself (Robert Whitehead) come to answer the prosecution. 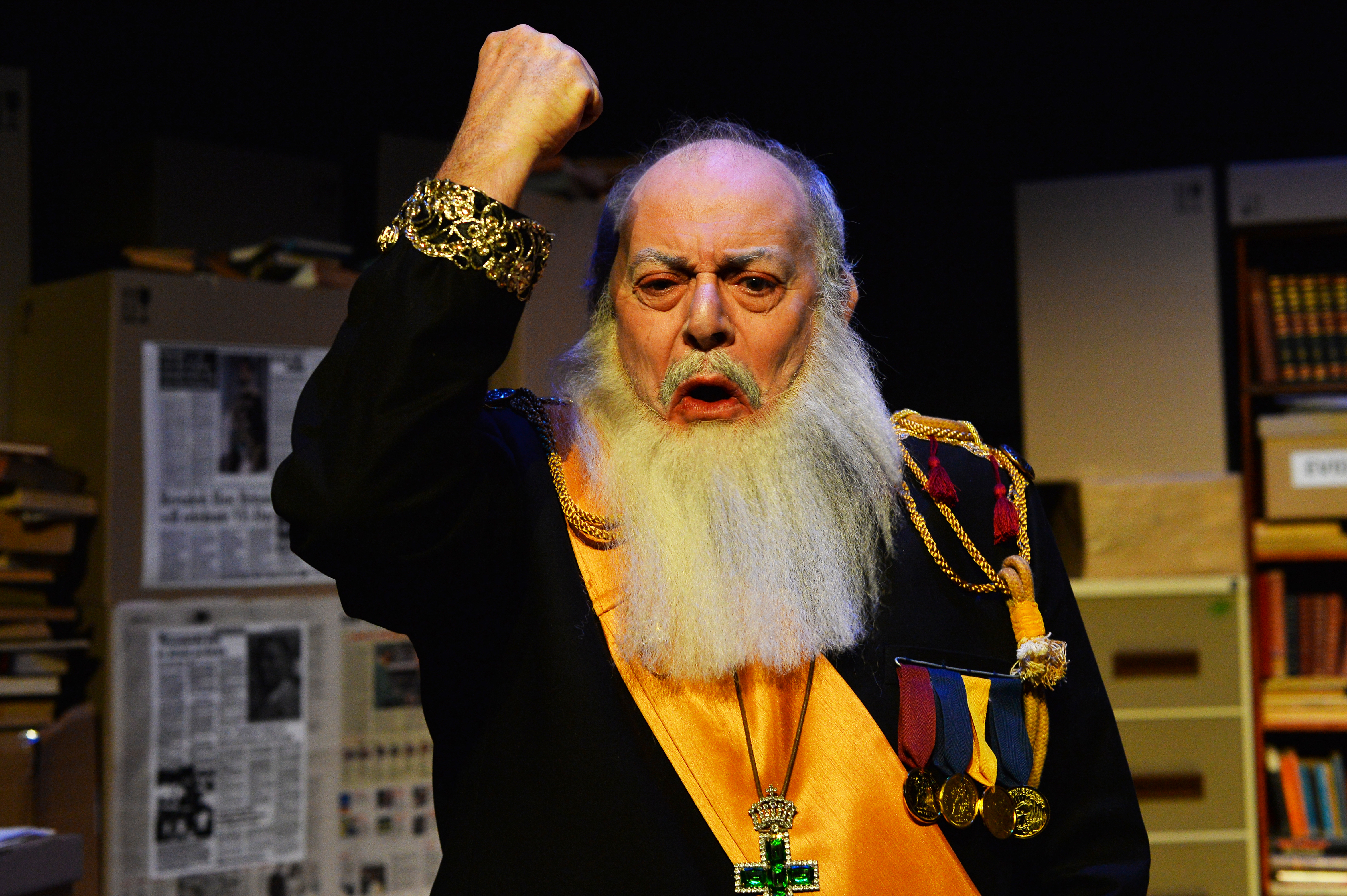 John Kani does what John Kani does most often, by playing a man with gravitas and importance, but his character has too little fire to be engaging. He manages to get some spirit flowing when he reads reports from missionaries of the time, giving us eye-witness accounts, not the rattling off of facts and incidents. Using personal stories to place us in the action hits home in a way that the scholarly legal angle fails to achieve.

Whitehead’s King Leopold looks the part, speaks the antiquated language of the day, dismisses black people as savages whose lives don’t matter, and believes that God is on his side. Yet again there’s not enough to bring this appalling character to life, and he doesn’t feel believable. 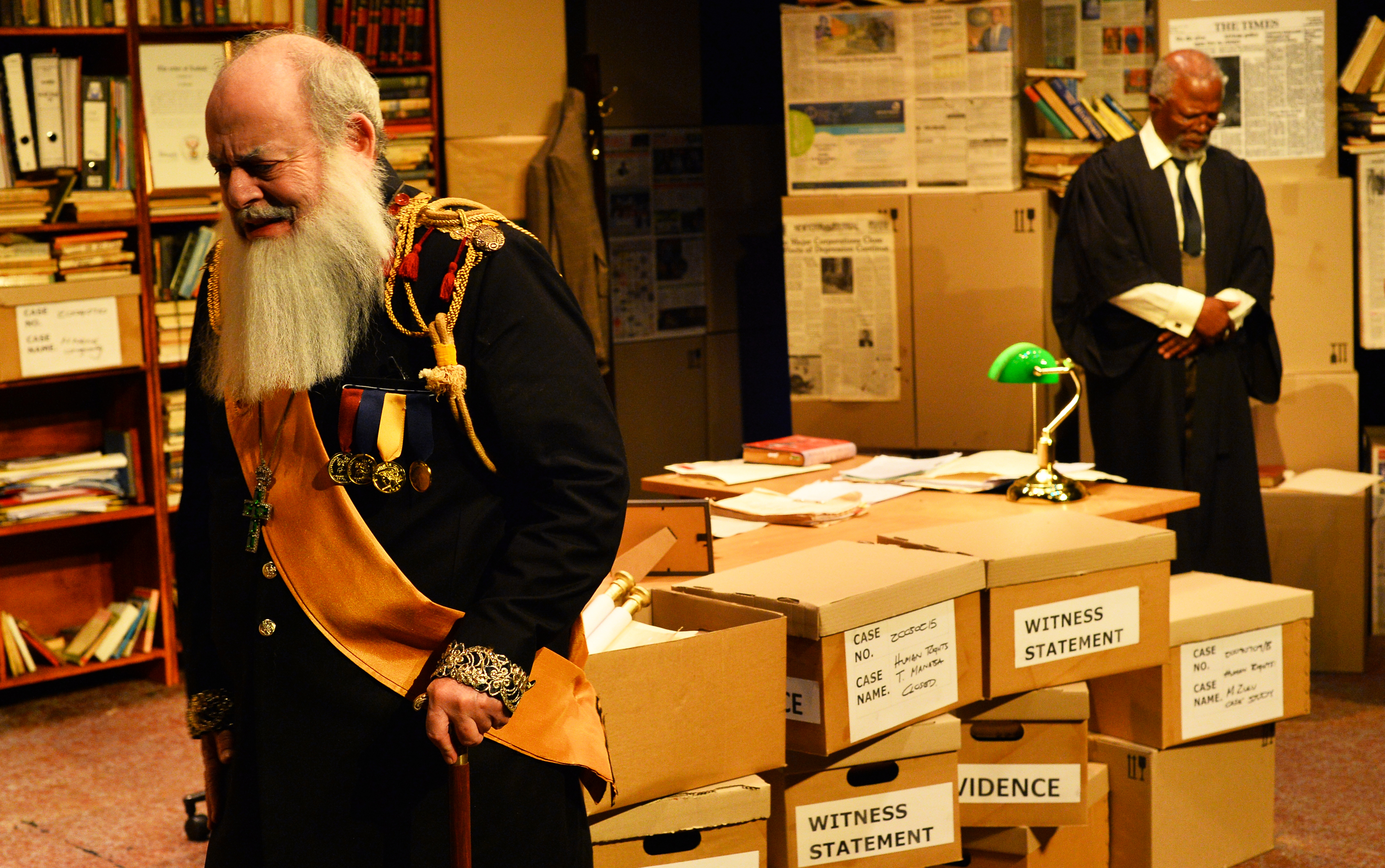 Facts, facts, facts. So many facts, when what this production really needs is feelings. DM

Congo: The Trial of King Leopold II runs at the Market Theatre until November 11. Tickets from Webtickets. Photos: Lungelo Mbulwan