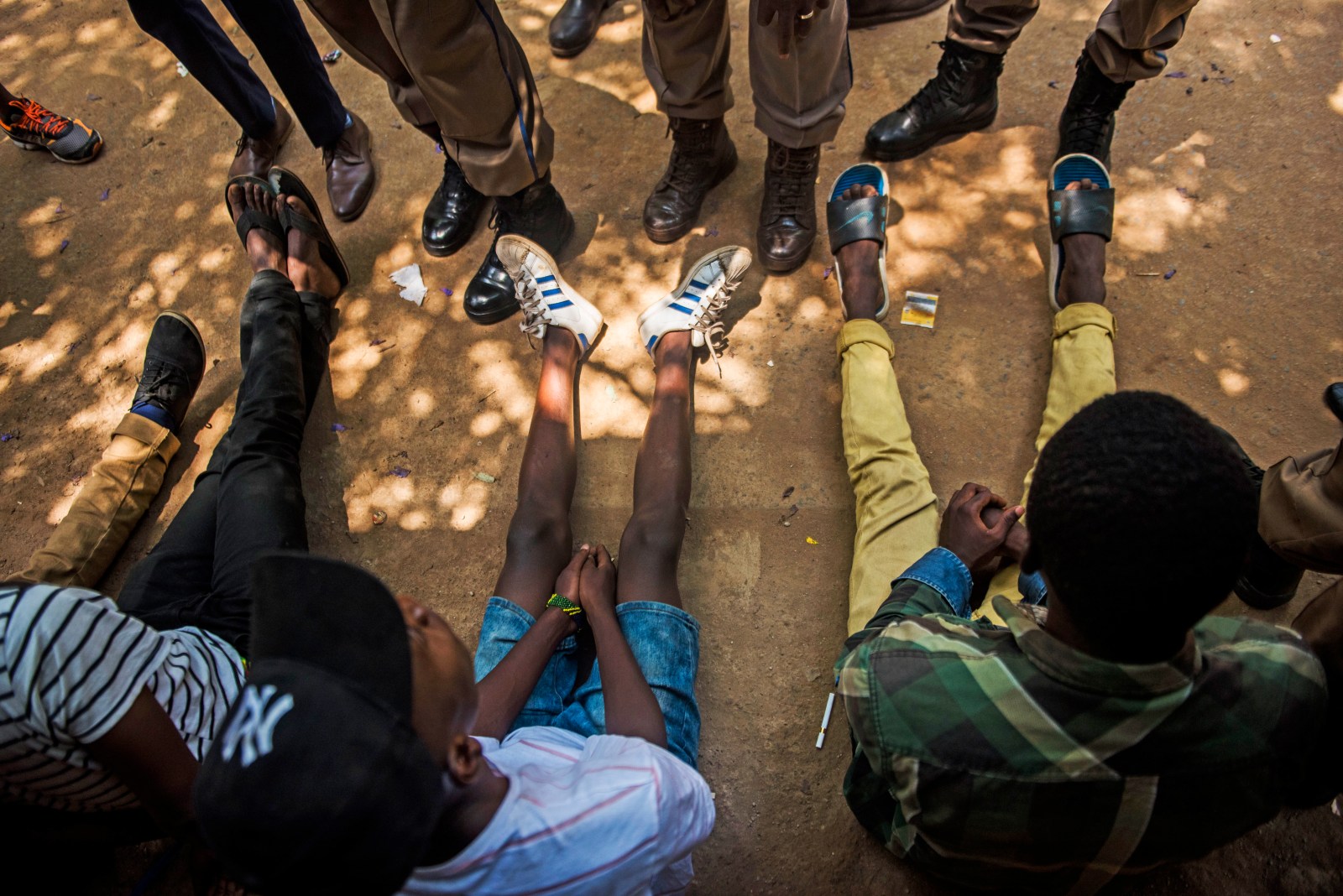 The Democratic Alliance is making another attempt to tackle illegal immigration soon after controversial statements by Joburg Mayor Herman Mashaba and ahead of the 2019 elections. And although the plan is detailed and specific, it shies away from the real issue of xenophobia.

As a result of decades of ANC mismanagement and corruption, the immigration system has essentially collapsed and the Department of Home Affairs (DHA) has created a situation where we don’t know how many people come in and out of the country, says Jacques Julius, the Democratic Alliance immigration spokesperson, during the party’s press briefing this week in Johannesburg to present its immigration policy ahead of the 2019 national elections.

Because of ineffective and “porous borders”, said Julius, population numbers have grown to such an extent that we are completely unaware of the number of people who come in and out of the country.

This inevitably has an impact of the “provision of basic services to our people”, he said, as local and provincial governments are forced to plan and budget for service provision without the most basic of information.

And this has “profound consequences on the efforts against cross-border crime” that happens often, such as human and drug trafficking and stock theft.

“It becomes a bit problematic to plan as a province as you don’t know how many people are flowing in your province,” said Tshwane Mayor Solly Msimanga, who is the DA’s candidate for Gauteng premier as the party hopes to take over the province after its local government upset in 2016.

This is not the first time the party has tried to tackle the issue of immigration in the province, as Joburg Mayor Herman Mashaba found himself in hot waters in his first 100 days of office when he called foreign nationals criminals.

The African Diaspora Forum (ADF) then laid a complaint to the SAHRC for his “comments that were xenophobic and had the propensity to fuel xenophobic attacks”.

After mediation and an apology from the mayor, they reached a settlement and subsequently joined up to sue the Department of Home Affairs to fulfil their “constitutional obligation to protect the borders”.

“This debate can be approached with a responsible and balanced approach, beyond a crude nationalism, best typified by the Trumpian call to simply build a wall,” said Julius.

Under the watch of the ANC, continued Julius, the Department of Home Affairs is crippled by corruption and inefficiency to a point where it actively contributes to illegal immigration.

The widespread practice of bribery at DHA to get service and the deplorable condition of immigration centres is creating an environment which lends itself to xenophobic violence.

Earlier in 2018 protesters marched to the Desmond Tutu Refugee Reception Office in Pretoria West and the Lindela Repatriation Centre in Krugersdorp to demand better services for asylum seekers and for the department to process the backlog of appeals to stay in the country.

Furthermore they requested that the Port Elizabeth and Cape Town Refugee Reception Offices be reopened.

There is a backlog of about 140,000 asylum claims which are yet to be finalised.

“The immigration system has essentially collapsed, and the ANC has no idea how to fix it,” said Julius.

Furthermore, the SANDF has not been afforded the human and technical resources it needs to patrol our borders and secure them.

According to the DA the landward border stretches around 4,800 km and currently only has 15 of the necessary 22 SANDF sub-units to patrol the border.

Therefore the order is not being patrolled effectively because the SANDF does not have the human, technical and infrastructural resources it needs to get the job done.

“The failure to open reception offices means that the department has essentially imposed undocumented status on law-abiding immigrants who want to regularise their stay but are unable to because their nearest office has been shut down, or because the overburdened office they travel to has no capacity to attend to them,” said Julius.

According to Msimanga, because of this immigration crisis his administration is unable to assist the people at the Plastic View informal settlement in Tshwane where a plan has been approved by the City of Tshwane to develop the area.

However, in order to move the people, the City has to provide alternative accommodation elsewhere.

“We have been taken to court by human rights lawyers,” said Msimanga.

And because 85% of the people living there are foreign nationals and undocumented, the Mayor feels his hands are tied.

“Legislation restricts me from building them houses if they don’t have documentation,” continued Msimanga.

The DA concedes that “mass deportation is not fiscally prohibitive” and would be very unjust to the immigrants in question, and harmful to their communities.

And so these factors makes it “extremely difficult for those foreign nationals who are making genuine attempts to gain legitimate documentation”.

The DA then plans to:

“There will be those who would want to bypass this process and deliberately stay in the country in an illegal way for extended period,” said Solly Malatsi, DA National spokesperson.

And when this happens the DA says it will put measures in place to deport them in a humane way and attract the right kind of skills. DM