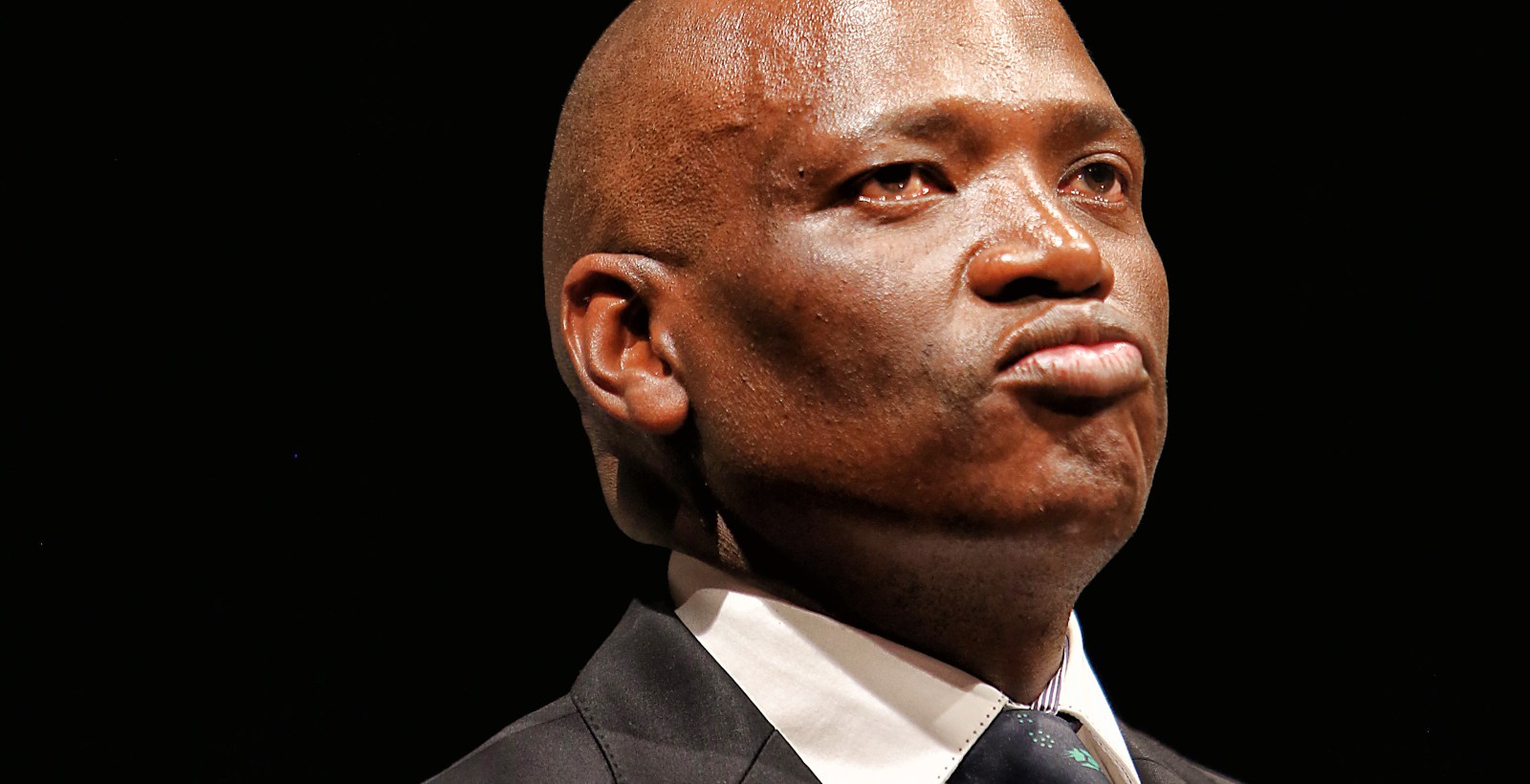 On 17 October the new SABC board will mark a year in the saddle of the emaciated, and yet bucking, horse that is the public broadcaster. It is also the first anniversary of a landmark ruling by Judge Elias Matojane in the North Gauteng High court entrenching the SABC board's independence. In the meantime, mopping up operations after Hurricane Hlaudi continue as the former COO’s willing enforcers now find themselves in the spotlight, facing charges of misconduct.

In July 2016 a local magazine popped in to interview then SABC COO Hlaudi Motsoeneng who was, at the time, still flying high. Hlaudi was ensconced in his eagle’s nest on the 27th floor at the SABC’s Auckland Park headquarters with its sweeping view of the Johannesburg parks and Sandton City in the background.

The journalist, Gabisile Ngcobo, noted that Motsoeneng seemed to be highly popular, with an endless stream of devotees beating a path to his door.

Ngcobo made an interesting observation, however, with regard to Motsoeneng’s office, noting that there was no computer on the COO’s desk. Instead there was only a pile of documents and a telephone watched over by a portrait of Nelson Mandela.

It was a noteworthy detail.

In 2013, Russia’s Federal Guard Service, tasked with protecting Vladimir Putin and also safeguarding Kremlin communications, began using electric typewriters. The move, the Guardian reported at the time, was prompted by the leak of compromising documents on WikiLeaks.

No computers, no leaks, no smoking guns.

The fear and loathing that permeated the corridors of the public broadcaster during Motsoeneng’s terms of office was palpable. Testimony at Parliament’s ad hoc inquiry into the SABC revealed that SABC managers effectively handed over control of governance to state security structures. The Inspector General of Intelligence in August 2017 was tasked with investigating this unauthorised surveillance of journalists and other SABC employees. A report is yet to be made public.

Which is probably why Motsoeneng preferred to have meetings at least three times a week, with his loyal coterie of enforcers, at a hotel down the road from SABC headquarters. Not that he opposed the SSA spying on his staff, mind you.

Thing is, all of Hlaudi’s enforcers couldn’t do without their SABC issued smartphones and computers, and herein lies the evidence that is currently being collated and investigated.

Earlier in October, one of Motsoeneng’s closest enforcers (whose name is known to Daily Maverick but we have chosen not to name the employee as a disciplinary process is still under way) was suspended from a senior management position on serious charges of misconduct.

The individual had been promoted from a junior position by Motsoeneng to a managerial position and had been privy to and had enforced almost all of his whimsical and illegal decisions during his his term(s) at the public broadcaster.

The charges the senior employee faces include participating in a procurement process for services to a relative without informing the SABC of the relationship, forwarding confidential information to outside parties about the procurement as well as forwarding a signed commitment with regard to the procurement with the full knowledge that the service provider was not one of the sponsors for an event for an SABC radio station. The employee is also charged with failing to inform the radio station for whom the sponsorship was procured about the sponsorship.

The employee is also charged with drafting a trade exchange with a sponsor only after the event had occurred. Over and above this, the manager is also accused of assisting a former SABC employee who had been dismissed on serious charges of misconduct to appeal the matter and had provided advice.

Further charges include that the employee released confidential information to the legal representatives of another of Motsoeneng’s enforcers also facing serious charges of misconduct.

The request for the information had been addressed to the GCEO of the SABC but the manager had intercepted this and had forwarded the information without being authorised to do so.

October 17 not only marks the anniversary of the new board and the confirming by the courts of the board’s independence to appoint members, but also a letter of demand sent by unions Bemawu and CWU to Acting Group Chief Executive at the time, Nomsa Philiso.

The unions, apart from addressing working conditions and salary concerns, also called for dismissal of specifically those who had enforced Motsoeneng’s “Protest Policy” which resulted in the dismissal of eight SABC journalists who had spoken out against Motsoeneng’s edict to censor coverage of service delivery protests.

“Most of the enforcers who were responsible for the Protest Policy and the subsequent dismissal of the SABC journalists opposed to this are still employed, at lucrative salaries, at the SABC. For them it’s business as usual, and they have escaped justice,” Bemawu and CWU wrote in 2017.

The unions called for the “immediate suspension” of “all the enforcers of the Protest Policy” including Kenneth Makatees, acting head of news at the time, Nothando Maseko, head of Television News, Nyana Molete, TV News Editor, and Sebolelo Ditlhakanyane, regional editor.

Ditlhakanyane later attempted in the Labour Court to sidestep her complicity in firing the SABC 8, saying she had acted on SABC head of news Simon Tebele’s instruction. Tebele in turn said he had acted on legal advice and the SABC’s disciplinary code of conduct.

Bemawu and CWU also demanded a year ago that “all the unprocedurally appointed managers and/or people who supported the system to either enforce the Protest Policy, contributed to the poor financial position of the SABC, defending same publicly or legally, neglected to act when policies and procedures were not followed, and did not report irregularities when they became aware of same” also be suspended.

These included Tshifhiwa Mulaudzi, Group Executive Sales and Marketing, Abdul Matthee whom the unions charged had been responsible for “the loss in millions due to the Landmark system” (a new advertising management system which drained R300-million from the SABC), Keobokile Mosweu, General Manager HR, Sizwe Vilikazi, Acting General Manager Litigation, Bessie Tugwana acting COO, Tseliso Ralitabo Group Executive (who has retired), Ayanda Mkhize (who has been suspended) and former company secretary, Theresa Geldenhuys (who has also been suspended).

There were added calls for the removal of Kenneth Makatees as Acting Head of News, and the redeployment of Themba Mathonsi (Manager News Video Editing) to a different department, where he would not be required to work with subordinates “as he is unfit to manage employees. Employees are tired of his Gestapo style of management.”

Earlier in October the SABC announced that it had appointed Advocate Ntuthuzelo Vanara as head of legal services. Vanara led evidence in Parliament’s marathon inquiry into the SABC.

While Hlaudi Motsoeneng and his enforcers mostly ignored due process with regard to dismissals and suspensions, the new board and executive are determined to follow due process and stick to the letter of the law in ridding the public broadcasters of those who aided, abetted and enabled Hlaudi Motsoeneng.

The lesson for those layers of deployees in other sites of State Capture including SAPS, the DPCI, SARS, Eskom, Prasa, SAA and others, is that those who are appointed lower down the greasy pole of political patronage eventually have to account and cannot escape the rule of law. DM