‘We are not out of the woods yet’ – Judith February 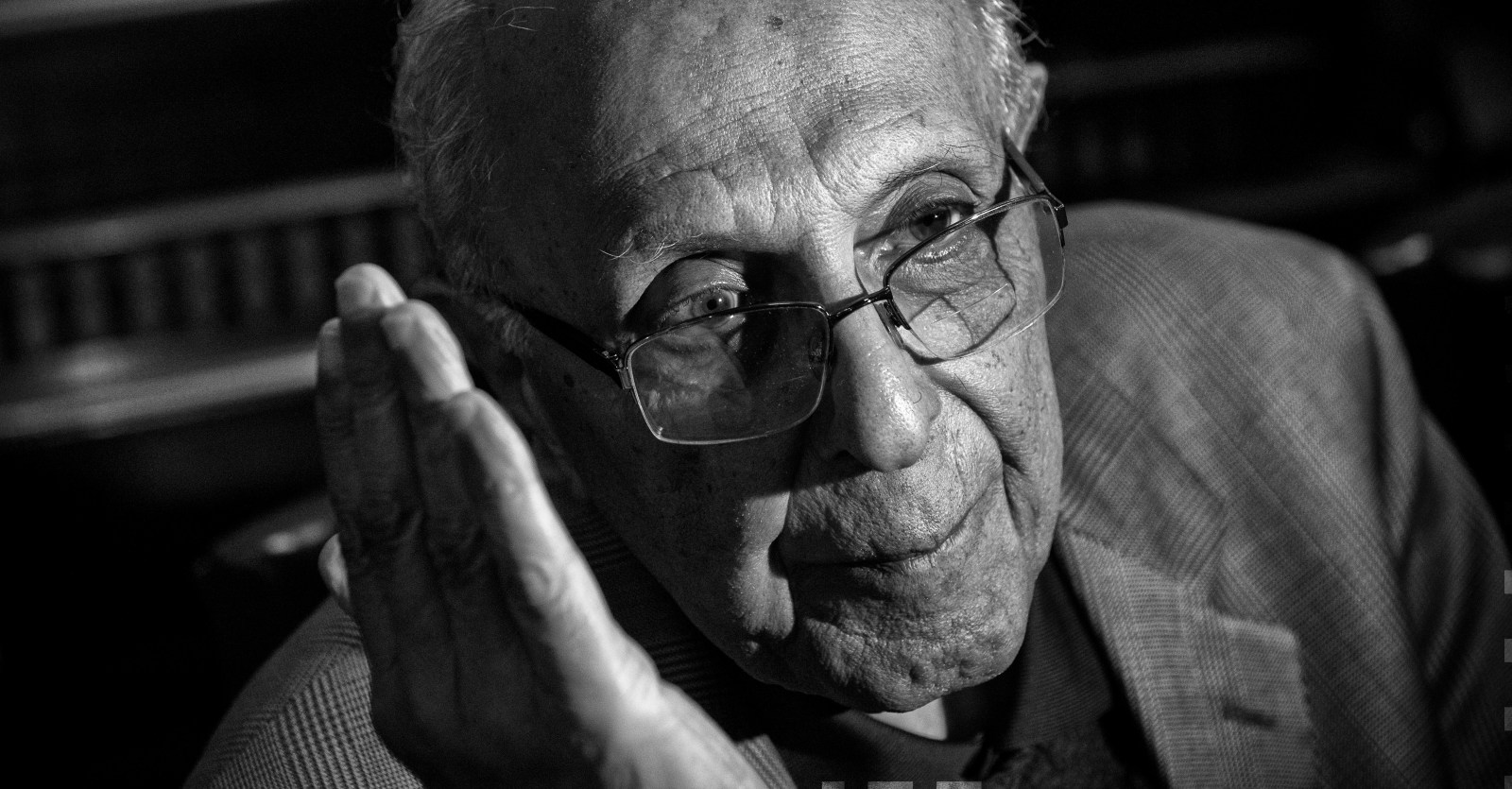 Rivonia Trial defendant Ahmed Kathrada during the handing over of the digital audio recordings from the Rivonia Trial on March 17, 2016 in Pretoria, South Africa. (Gallo Images / Beeld / Theana Breugem)

In a country beset with a myriad socio-political ills, the current debate in public and private spheres centres on how to fix the country after years of institutional decay and political decline. The problem does not lie in the Constitution, analyst and governance specialist Judith February said while delivering this year’s Ahmed Kathrada Foundation Lecture.

It is only through active and engaged citizenry, and by responding to circumstances in creative of ways, that we can take advantage of a window of opportunity to fix South Africa rather than abdicating responsibility to people who we assume know better, said Senior Research Associate at the Institute for Security Studies (ISS) and governance specialist Judith February in her keynote address at the Ahmed Kathrada Foundation’s 9thAnnual Lecture hosted at the weekend by the foundation at Sci-Bono Discovery Centre in Johannesburg.

February said that over the Zuma years South Africa suffered because of the lack of leadership and recklessness in the political space which has crippled the country’s ability to deal with challenges.

“We must keep making the argument for better political accountability,” said February.

The theme of the annual lecture was about exploring what is broken in post-apartheid South Africa and how to fix it.

When former president Jacob Zuma made the controversial move to appoint Des van Rooyen as finance minister, the anti-apartheid stalwart Ahmed Kathrada, after whom the lecture is named, implored Zuma, in an open letter, to resign.

Kathrada had made a decision not to comment publicly on his party’s affairs, but broke his silence when he realised that Zuma’s continued presidency “will only serve to deepen the crisis of confidence in the government of the country”.

He was a man who “had loyalty first to the Constitution foremost then to our political homes”, said the director of the Kathrada Foundation, Neeshan Balton.

February described Kathrada as a man of principle, rooted in constitutionalism and the rule of law, who espoused the principles of non-racialism and solidarity.

In 2017, February was a respondent to the 8th Ahmed Kathrada Lecture given by Pravin Gordhan who spoke on “Leadership for an ‘uncaptured’ state” and the rage at that time against State Capture.

“We are not out of the woods yet,” continued February, referring to the recent news on the VBS bank scandal and the ongoing Zondo Commission of Inquiry into State Capture.

The current president, Cyril Ramaphosa, has a tough job ahead of him of ridding institutions of corruption and fixing the economy, February said.

And although it is hard to be hopeful, said February, it would be helpful to look back on how the country became “equally vulnerable” to corruption and patronage, so as to gain perspective and learn some lessons from state decline and decay.

By tracing South Africa’s journey to democracy, which was “flawed but brought certain economic and social rights”, we can renew the colours of the Constitution.

The Zuma years were characterised by a “lack of openness and abuse of democratic institutions” which saw six million people (27%) unemployed in the second quarter of 2018 and a further 37% unemployment in the expanded version of those who have given up looking for work. Youth unemployment in the SADC regions stood at 52%.

February remarked on how South Africa has a “strong protest culture” which allows citizens to push back against a neglectful government and shows how the ANC has lost control of the discourse as it is disconnected from its constituency.

But, she said, violent activism limits the prospects of changing society as the social fabric continues to fray as a result.

Citing the examples of Michael Komape, who died in a pit toilet at school, the Life Esidimeni tragedy and the Marikana incident, describing a state of neglect during the Zuma years, February asked: “Where was the political leadership?”

And the testimonies coming out at the Zondo Commission have been particularly disappointing even though they shine a light in the very dark places of the Zuma years, February said.

“The reality is if we want to salvage the Constitution, then we do need to take the long view. Cyril Ramaphosa has promised a new dawn but even he knew it is going to be a hot mess,” said February, adding that there are no quick fixes.

February said that in order to start fixing South Africa we need to find the Constitution once again.

It has become fashionable to question the 1994 settlement and label Nelson Mandela as a sell-out. For February this is a sloppy analysis. And many use the Constitution and its founding as a scapegoat for current social ills, first in the #FeesMustFall movement and now in the land debate.

“It has its faults but in essence has a framework for social economic change,” said February.

Over the years there have been “deeply engraved constitutional judgments” that have brought more social justice to people and made up where the Constitution fails.

Currently, the country suffered a high drop-out rate and a flawed notion of empowerment through tenders rather than education.

Other issues February noted as challenges in South Africa’s socio-political space were the availability of data and the right to communicate for the poor as well as constitutional and civic education.

“And in South Africa this (also) means business too has to recreate its role as citizen, to operate ethically regarding workers rights, occupational safety, transparent tender processes and executive pay,” said February.

There is much to be done and citizens should be a part of the building as the president alone cannot fix the country.

Lindiwe Mazibuko responded to the lecture and spoke about the future of public leadership in South Africa, its crisis and the work she does at the Apolitical Academy – the non profit public leadership and development organisation she founded after leaving the Democratic Alliance.

At the end of November, Mazibuko’s Apolitical Academy will host one of seven public seminars on Robben Island to develop ethical public leaders in business, government and across all sectors of society.

Mazibuko noted Kathrada’s commitment to take young people and to take the leaders of SA’s biggest opposition parties, the DA’s leader Mmusi Maimane and EFF’s leader Julius Malema, to visit Robben Island, a dream he did not get a chance to do before his passing.

However, the mantle was taken up by former President Kgalema Motlanthe, Kathrada’s partner Barbara Hogan and Cope leader Mosiuoa Lekota who took the EFF leadership to the island in August 2017.

“The essential question which flows from Uncle Kathy’s life, and which faces us today, is how do we play our own part in nurturing and supporting the next generation of ethical, transformational, people-centred leaders in politics in government in South Africa,” said Mazibuko.

For Mazibuko the country could not rely on drawing leaders who have earned their retirement such as the longest serving Reserve Bank Governor, Tito Mboweni, who was recently appointed as the Finance Minister.

And although bringing in younger leaders does not ensure better, ethical and accountable leadership without corruption, as the VBS scandal has shown, Mazibuko believes proper training and supporting leaders across sectors should be about changing the narrative of public service from self-enrichment to one of compassion and changing the lives of people. DM