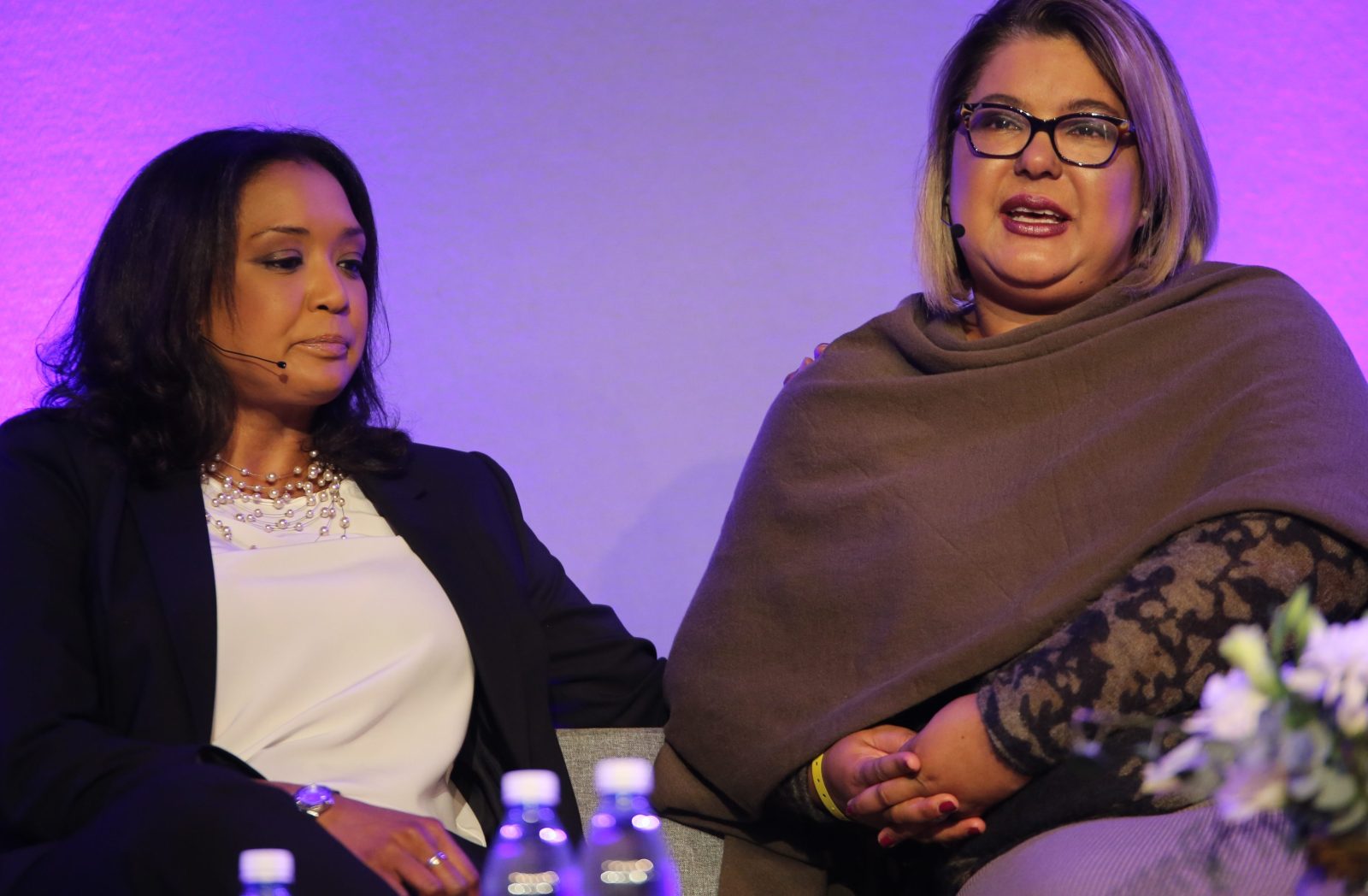 The reasons why a person comes forward as a whistle-blower are complicated, and messy. This does not detract from the fact that whistle-blowers are performing a great service to our democracy. The problem of moral purity is not only that it is unrealistic, not required by law, and unproductive – but it also becomes a concept easily abused by the more nefarious to shutdown disclosures and openness.

In August I spoke at the Daily Maverick Gathering with two whistle-blowers, Suzanne Daniels, formerly of Eskom, and Bianca Goodson, formerly of Trillian. I was reminded again of how when working with whistle-blowers, a significant area of attack is always on their personal reputation – something very painful for the whistle-blowers themselves, but something I’ve also found immensely frustrating. For me, this allows for a standard of moral sanctity that is exceptionally unproductive – and the resignation of former Finance Minister Nene is a demonstration of this.

I believe we should avoid feeding into a discourse that requires an impossible standard of moral purity for whistle-blowers, and there are legal, practical, and ethical arguments to support this. The law to protect whistle-blowers, the Protected Disclosures Act, does not require that a person making a disclosure was not involved at all in the commission of the impropriety in deciding whether or not to extend protection, or whether or not a disclosure exists. It instead engages with challenges in this regard with more subtlety.

For instance, there are requirements for disclosures to be made in good faith, and in the cases of general disclosures to not be made for personal gains. This would not preclude in all instances then people that may have participated. Further, it states that, while it protects whistle-blowers from civil and criminal charges, this exclusion doesn’t extend to those charges arising from their participation in the offence.

The reason the law does this is a practical response. The underlying rationale for the employment protections (and others now available) is that those within an organisation are best placed to provide the information of a significant quality to allow for action to be taken on the disclosure. This moves us to what is an uncomfortable acknowledgement for some: who do we actually think knows enough to make disclosures worthy of action? Let’s take an example – we all have Little Miss Judgement in our workplaces. She doesn’t smoke, hates what we’re wearing, and stays late. Little Miss Judgement is excluded from water cooler talk (because…UUURGH). The chances of Little Miss Judgement being a useful whistle-blower is thus greatly reduced, because she isn’t a part of the inner circle from which decisions of deviance are taken.

In the South African case, there is a further tragically practical concern. As Nic Borain pointed out in his discussion of the Nene resignation, with smallanyana skeletons clattering about, if we required the resignation of all in the administration tainted by corruption, we would be without government. He calls for a “drawing of the line in the sand”. Related, I’d call for an appreciation of nuance, rather than dichotomy.

If we wish to be a just society, we have to allow for opportunities for moral awakenings at all periods, even after a period of the unethical. We must allow people the opportunity to redeem themselves, but also be able to appreciate where a just result has occurred even if not through a just mechanism. I am not saying the ends justify the means, nor that the means justify the ends. I ask instead for consideration of moral nuance, and the ability to judge the facts of the case at hand.

In my personal engagements with whistle-blowers, I actually find it tragic how significant a portion of the time they spend defending their own interests in the matter. The Guardian just posted a story tracking the stories of twelve whistle-blowers, who all speak of their “moral duty” to come forward. This focus speaks to their need to defend themselves. But the reasons why a person comes forward are complicated, and messy. This does not detract from the fact that whistle-blowers are performing a great service to our democracy.

The problem of moral purity is not only that it is unrealistic, not required by law, and unproductive – but it also becomes a concept easily abused by the more nefarious to shutdown disclosures and openness. As mentioned, there is a reason one of the first attacks made on whistle-blowers is always their personal motives – it hurts the whistle-blower personally, and the media are very quick to engage on it. And, as the public, by feeding into this simplified, dichotomised discourse we allow for this abuse.

As the Zondo Commission uncovers more skeletons, we are going to have to learn to be subtler in our appreciation of the moral humanity of whistle-blowers if we want to move forward. This morning listening to the news, someone commented on the revelations of the corrupt and despicable heist of VBS Bank resources by the brother of Floyd Shivambu, saying of the Economic Freedom Front that “people in glass houses shouldn’t throw stones”. I say, throw away, and then simply be responsible or the consequences for your own mistakes when they happen.

To require of whistle-blowers that they remain pure and untainted is just a ridiculous additional burden we place on people, who are already facing other challenging threats – not least of all actual threats on their lives. Moving forward we should de-emphasise motives, not discount them, while appreciating that one can be hold to account, while also holding others to account. South Africa’s rot requires this of us. DM