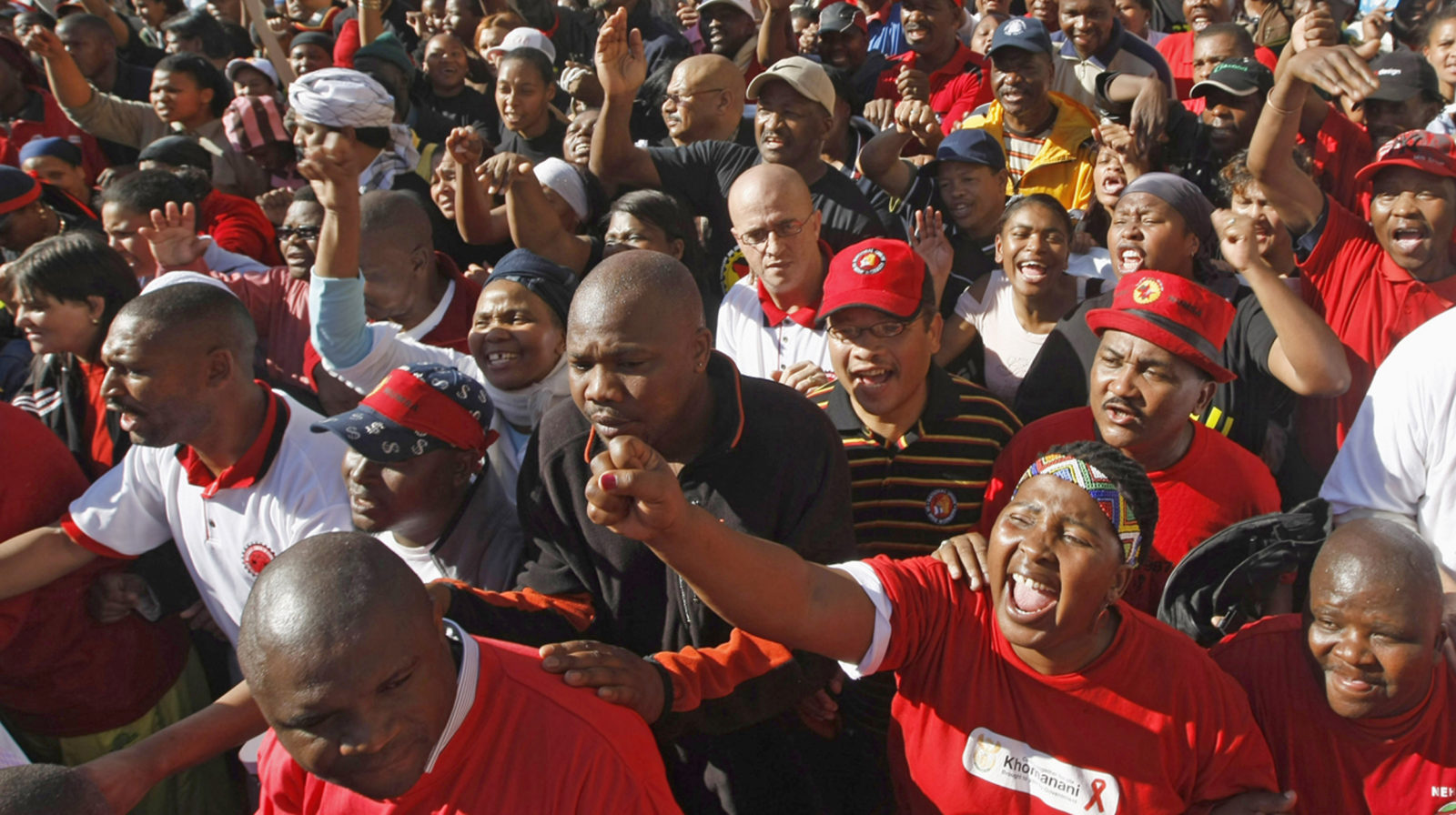 President Cyril Ramaphosa hosted the much-anticipated Jobs Summit on 4 and 5 October 2018 to tackle South Africa’s stubborn unemployment problem. The president and his team must be lauded for prioritising a crisis that is crippling the future of many young South Africans, but there is another aspect of work in South Africa that deserves equal attention.

This is the issue of income inequality, also known as the vertical pay gap, which in South Africa is the most unequal in the world. The Global Wage Report 2014/2015 of the International Labour Organisation (ILO) points out that the pay gap in South Africa is, in fact, double that of India and three times higher than in Brazil.

The vertical pay gap is something that both advanced and emerging economies are still grappling with in different contexts. For example, Germany has one of the biggest gender pay gaps in the European Union.

On 13 September 2018, the LABOR.A congress hosted by the Hans Böckler Foundation took place in Berlin under the banner of “The Work of the Future”. A major theme that emerged in the discussion on how to develop stronger protection for workers in the labour market of the Fourth Industrial Revolution was the issue of equal pay.

German academic, Dr Ute Klammer and other speakers pointed out that every major industrial revolution opens the opportunity to re-examine the valuation of work. Given technological change, new forms of labour are emerging. In the German context (or anywhere else in the world for that matter), it creates the opportunity to rethink gender relations and develop gender neutral occupations.

In this regard, legislation and collective agreements on the valuation of work will have to be progressively reworked. They argued that this opportunity, which comes with the need for valuation of new forms of labour, should not be missed.

Similarly, the growth of the Fourth Industrial Revolution in the South African economy creates the opportunity for the country to examine the transformation of work in a local context to address the vertical income inequality South Africa inherited from the past.

When Nelson Mandela received his investiture as Doctor of Law at Soochow University in Taipei in July 1993, he said:

“The end of apartheid will not guarantee the beginning of democracy. But until apartheid is totally destroyed, there can be no democracy.”

South Africa is one of the most unequal countries. Due to the overvaluation of “white work” and the undervaluation of “black work” during and before apartheid, the vertical pay gap is massive. After Mandela became president, the Report of the Labour Market Commission (1996) described the inherited South African wage system, as follows:

“Large pay differentials are rooted in apartheid inequality where whites expected a standard of living that could only be sustained if income distribution was highly unequal. Once based almost entirely on race, these differentials are now being deracialised rather than narrowed. The Commission believes South Africa must adopt the long-term goal of reducing earnings differentials substantially, not simply deracialising them.”

South Africa’s income inequality levels are notoriously high. The causes of inequality, as well as the socio-economic consequences of inequality, are well-documented and well-known. Many interventions in policy and law have been crafted in response to the inequality problem, including Section 27 of the Employment Equity Act (EEA).

The provision to correct this is in place, but as I have argued elsewhere, it is invisible in the everyday reality of South Africa. As a legacy of Nelson Mandela’s presidency, the Employment Equity Act includes — in Section 27 — a provision addressing vertical income inequality between the top and the bottom.

Section 27 is part of the Affirmative Action Chapter of the act. The advantage of the provision is that it directly addresses the effects of discrimination. It does not take the long road of requiring evidence of discrimination in order to grant/give access to remedial action.

The first free Parliament agreed that the income differentials between the top and the bottom are disproportionate due to the inheritance of apartheid and discriminatory practices before that.

What South Africa needs to do is implement Section 27 of the act and an important starting point would be developing a Code of Good Practice on the design of norms and benchmarks for proportionate income differentials at workplaces, which include practical examples. In addition, ways to avoid the bypassing of Section 27 by labour brokers (or other legal forms of labour) need to be identified and addressed.

More specifically, Form 4 of the act is one that companies must complete annually to indicate occupational income differentials to government. It is recommended that this form be redesigned to capture information better to serve its purpose, as indicated by Section 27 of the act. Finally, the data on disproportionate income differentials gathered via Form 4 needs to be disclosed to the relevant negotiation parties.

Technological change will change the world of work. Some jobs will disappear and new or transformed jobs will arise. New skills will be demanded. We witnessed with the introduction of the computer that the skill to use a typewriter wasn’t needed any more. But employees had to learn to learn Excel.

Dr Ruediger Helm is a Southern Africa Labour and Development Research Unit (SALDRU) research affiliate and a self-employed German lawyer based in South Africa. Helm has a PhD in economics and social sciences from Hamburg University, Germany.