Why the law was an ass in Nelson Mandela Bay 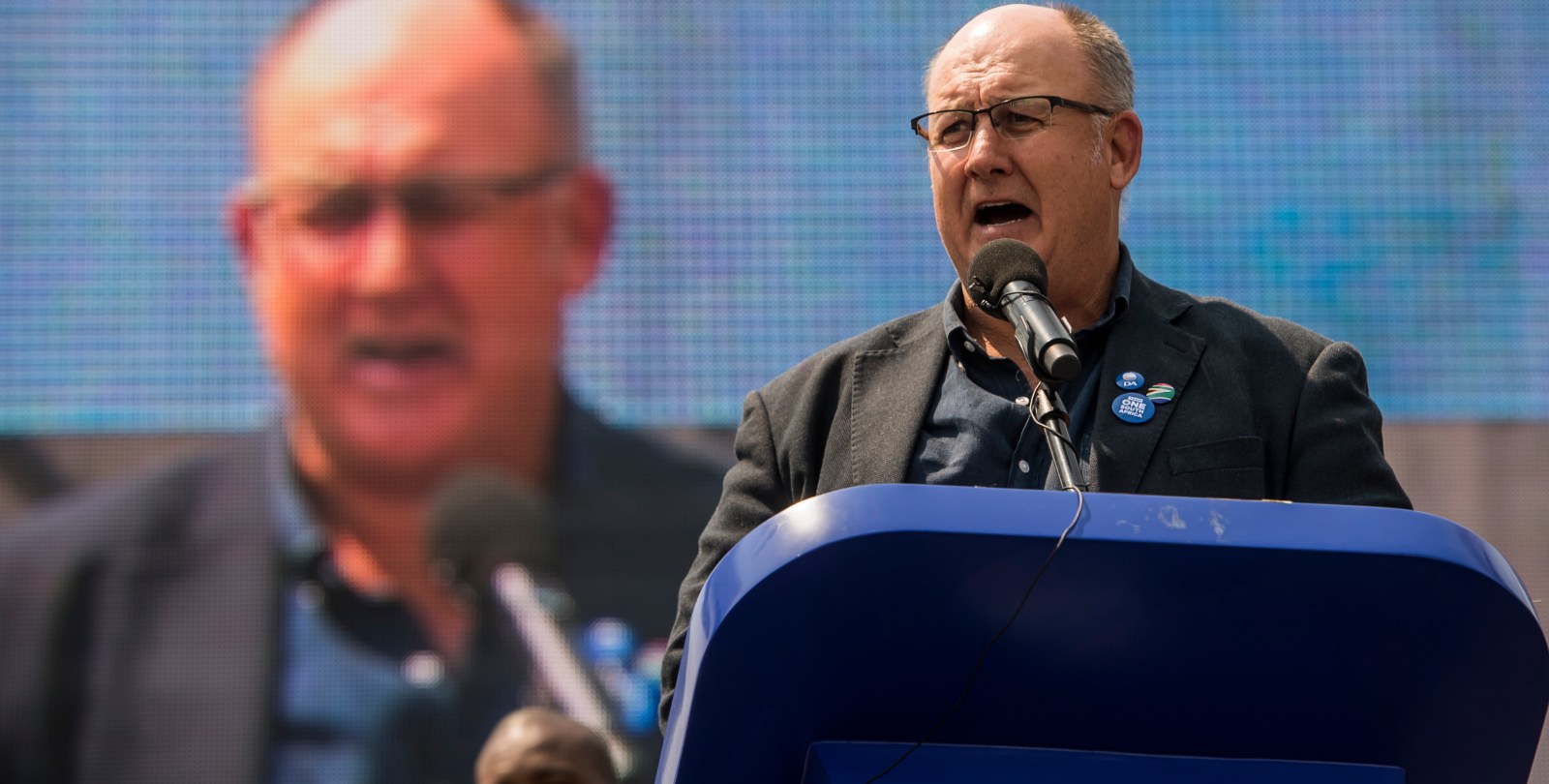 In Charles Dickens’ Oliver Twist, Mr Bumble coined the famous phrase ‘the law is an ass’ when he was held responsible for his wife’s theft. With reference to the recent turmoil in the council of Nelson Mandela Bay, the law is dead wrong to require municipal managers to decide council vacancies. It drags accounting officers into local politics and further destabilises municipal administrations in times of political transition.

Central to the saga unfolding in the council of Nelson Mandela Bay Metropolitan Municipality was the decision of Johann Mettler, the municipal manager, to declare a council vacancy. The law required him to do so. This decision tipped the scales in favour of the new coalition, led by Councillor Mongameli Bobani. The law on council vacancies is very complex and Mettler’s handling of the matter is part of the charges, trumped up to suspend him. In my view, bad law played a role in the unseemly spectacle unfolding in Port Elizabeth.

The risk of this “political-administrative interface” going pear-shaped is particularly high when a ruling party or coalition disintegrates. Quite often, this is accompanied by seats on the council becoming vacant when parties dismiss councillors. Good municipal managers will then try their utmost to shield the administration from the political ruptures and focus on ensuring that service delivery remains unaffected. In fact, the law expects as much of them: the municipal manager must be a buffer between the impulses of local politics and the administration.

Over the past decade, government has invested tremendous effort in professionalising municipal managers. It has issued stringent requirements for the appointment of municipal managers. While there are many difficulties with these requirements they represent an effort to have competent, a-political, professionals running municipal administrations. It is then astounding that when tensions are at an all-time high due to critical vacancies in the council, the same law unequivocally drags the municipal manager into politics. This is exactly what happened in Nelson Mandela Bay Metropolitan Municipality.

But first: how does it work? For starters, most councillors are elected to represent political parties and when they disobey the party, the party may punish them in terms of its own rules. The ultimate sanction is of course being expelled from the party. This has immediate consequences for that councillor’s membership of the council: the council seat becomes vacant. It must be filled, either through a by-election (if it is a ward seat) or with the next party member waiting in the wings (if it is a PR seat). This is managed by the Independent Electoral Commission (IEC).

It is not always easy to determine whether, and if so exactly when, a seat is actually vacant. While the party bosses may confidently expel a member, he or she may dispute whether or not the party’s rules were followed. So the decision as to whether or not a council seat is actually vacant and at what point the vacancy arises can be a very difficult one. Importantly, it must be decided in terms of the party’s rules and thus works differently for different parties. It stands to reason that the decision as to whether or not there is a vacancy must be made by a person or institution who will do so without fear or favour.

This was the case in the 27 August meeting of the Nelson Mandela Bay Metropolitan Council. Stripped of all the details, set out in the High Court judgment delivered in its wake, it boils down to this: on that day, one vote was the difference between the city’s administration changing hands or not. DA Councillor Victor Manyathi defied his party and abstained from the critical vote on the motion of no-confidence in DA speaker, Councillor Jonathan Lawack. Furthermore, he expressed his desire to leave the DA. For the DA, this triggered a provision in its Constitution that would see Manyathi automatically lose his membership and thus render the council seat vacant.

The DA wasted no time and immediately pressurised Mettler, imploring him to immediately declare the seat vacant. The vacancy would have rendered the meeting inquorate because the DA had left the meeting. Mettler (who had in the meantime been propelled into the position of acting speaker and faced a raucous council) was forced to make a rapid decision. Based on legal advice, he announced there was a vacancy. At face value, it seemed clear: the DA had indicated that, in terms of its own rules, Manyathi was no longer a DA member, so he could no longer be a councillor. A short while later and after obtaining further legal advice, he was forced to retract the vacancy.

The advice was that Manyathi could not have lost his membership instantaneously but was first entitled to a fair hearing by the DA. He remained a councillor until that was completed. The meeting therefore remained quorate. Mettler’s final and correct decision was central to the events that unfolded and the resultant change of government in Nelson Mandela Bay. Given the law and given the numbers, the change was inevitable. However, the initial miscalculation of the legal complexities surrounding the vacancy has now, rather opportunistically, been included in the disciplinary charges, levelled against Mettler by the new government. Nelson Mandela Bay is thus once again facing a period of uncertainty. Its municipal manager, widely credited with stabilising an administration that was bleeding millions to corruption and setting it on a firm upward trajectory, is suspended.

Here is the problem: it should not be the municipal manager who decides whether or not there is a vacancy on the council. It is spectacularly wrong to expect a municipal manager to decide the fate of the council majority to whom he or she reports. We would find it very odd if a Director-General decides whether a Member of Parliament is still a Member of Parliament. Yet in local government, the accounting officer is somehow expected to make that call. In the above scenario, declaring the vacancy would have “saved” the DA-led coalition and anger the opposition. Not declaring the vacancy would have paved the way for a change of government and anger the incumbent coalition. Of course there was a legally correct answer.

The High Court, with the benefit of hindsight and a battery of senior counsel arguing for a full day, determined very neatly what the correct answer should have been. However, accounting officers are forced to make these calls with very little time to decide, under tremendous pressure and often reliant on external legal advice. What is more, the accounting officer is expected to make the call, using the internal rules of one of the political parties on the council. The reality is that he or she will be blamed by the politicians he or she reports to, regardless of the answer. It’s a case of being damned if you do, and equally damned if you don’t. So by expecting the municipal manager to make that call, the law drags him or her right to the middle of the arena of local politics. It does so at a time when the municipal manager’s focus is on the exact opposite, namely how to steer clear of the political ruffles and ensure that good administration continues while political change unfolds.

The irony is that there is an obvious and easy solution to this, which, quite frankly, should have been implemented years ago. It is for these type of decisions that we have an Independent Electoral Commission. It is eminently placed to make these decisions: it is independent and can never be accused of having a stake in the outcome of its decision. It is well-placed to assess whether parties are living up to their own rules because it has all of the parties’ constitutions on file (each party submits its constitution when signing up for elections). It can build up a firm “jurisprudence” and methodology across many cases and municipalities. It will in any event be responsible for filling the vacancy afterwards and thus should know exactly how to assess the situation objectively and make a call. In my view, it’s clear: once the municipal manager informs the IEC that a vacancy may have arisen, the IEC makes the final call.

Good municipal managers don’t sign up for the job in order to assist one or other party come to power. They want to stay out of the political arena. There are not enough good municipal managers, which is one of the key reasons why so many municipalities are in dire straits. Having a law that turns accounting officers into umpires over internal party disputes is not helpful. DM

Prof Jaap de Visser is the Director of the Dullah Omar Institute, University of the Western Cape