We need more than just a change in the Constitution 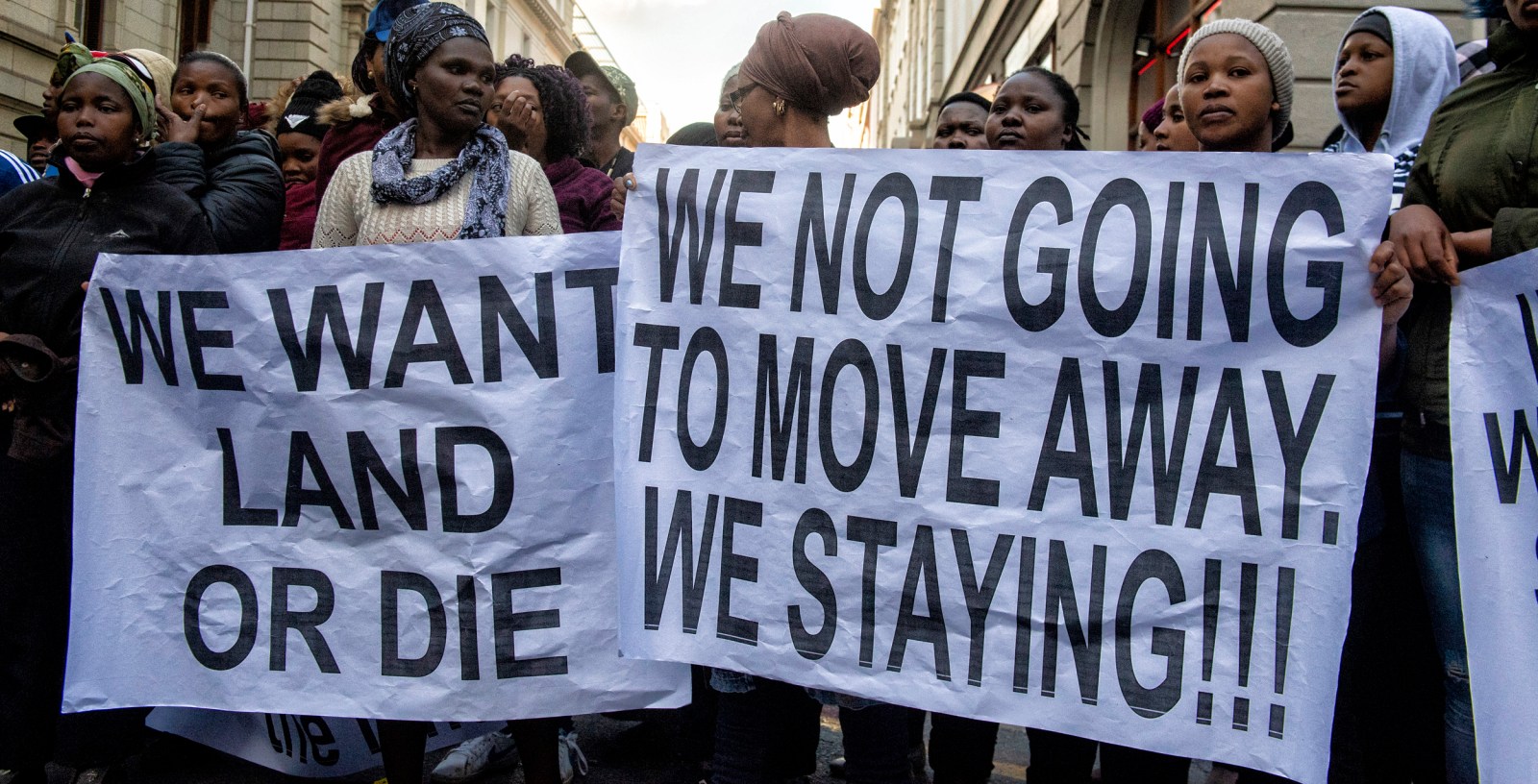 The expropriation of land without compensation is dominating debate on land reform, but speakers at a conference on land reform on Wednesday said there are deeper and more imperative challenges to tackle to ensure South Africans access to land.

Changing the law to allow for the expropriation of land without compensation will have little impact on land reform unless the government first tackles systemic problems within its own institutions that have hampered land reform in the democratic era.

Professor Peter Delius from Wits University said expropriating land without compensation could be necessary for specific circumstances, but the current debate ignores many of the existing challenges that have delayed land reform.

“My objection to [expropriation] is we’re spending so much time, so much effort, debating this when there are a dozen other issues that need to be addressed first,” said Delius.

After 1994 the government aimed to redistribute 30% of land within five years, but by 2017 only approximately 9% of land had been redistributed. Delius said it is estimated that under the current system land settlements are estimated to take at least 200 years to finalise.

“We need to restructure the state, we need to capacitate it. We need to build on the successes,” said Delius.

Land reform and expropriation without compensation has become a divisive issue ahead of the 2019 elections, but speakers on Wednesday were particularly critical of the existing state institutions meant to be handling the process.

“I have no hope that if you gave the state more power it would suddenly be able to use it,” said Advocate Tembeka Ngcukaitobi, who was recently appointed to President Cyril Ramaphosa’s 10-person panel on land reform and who authored the book The Land is Ours: Black Lawyers and the birth of constitutionalism in South Africa.

He called for the owners of large tracts of land to immediately donate portions to black South Africans and for government to abandon its efforts of restitution and instead focus on redistribution of land.

Ngcukaitobi said institutional reforms are key to providing equitable access to land. The proposed constitutional amendment is narrow, he said, and will not on its own provide a solution to the country’s land reform problems.

He said the Land Claims Court, which has no permanent judges, needs extra capacity and the department of rural development and land reform should be closed down or some its responsibilities assigned to a department like the Treasury as it has not performed.

Ngcukaitobi listed the colonial and apartheid laws that dispossessed black South Africans of their land.

“The Constitution recognises the injustices of the past. How can one enjoy freedom in a state of landlessness? The Constitution commits us to move towards social justice,” he said.

Patrick Sekwatlakwatla from Sernick Group, an organisation that assists emerging farmers, spoke of his experience dealing with the government.

“I don’t have a farm because I’m not politically connected,” he said.

“You cannot give land to somebody without access to finance, no experience, no mentorship and no support. It is a recipe for failure. It is criminal,” read his presentation.

“The present system is like a Titanic, we have to sink that thing.”

Dr Anika Classen from the University of Cape Town described how people living in the former homelands continue to be denied their rights to land and property ownership. She said laws passed in the democratic era make them vulnerable to being dispossessed of their land by traditional authorities, a system which has continued since apartheid.

Classen said conservative organisations and think tanks emphasise the importance of property rights, but they do not criticise the mining companies who force rural South Africans off their land, or try to defend the millions of people who do not have title deeds.

Former president Kgalema Motlanthe spoke about the excitement over land reform present at the time of democracy and how the laws include land reform as an obligation.

“However, when observing our present context it is evident that our break with the past has not been a clean one,” he said.

Motlanthe recently led Parliament’s high-level panel investigating key legislation, which made detailed recommendations on land reform, and on Wednesday referred back to its findings.

“The reality is clear: citizens deserve equitable access to land,” he said.

He called for a law to be passed providing an overarching framework of dealing with land reform. He supported Classen’s position on providing security of tenure for people staying in communal areas and said urban land must be provided for people as they continue to migrate to cities.

Motlanthe said tackling the land question can seem overwhelming but the country has no choice but to confront it and transform ownership step by step.

“Thinking about the issue of land in terms of sequential steps will address certain sources of national grievances,” he said. DM