Nice work, Mr Mgidlana: The still-suspended Secretary to Parliament gets R56,000 performance bonus for two months on the job 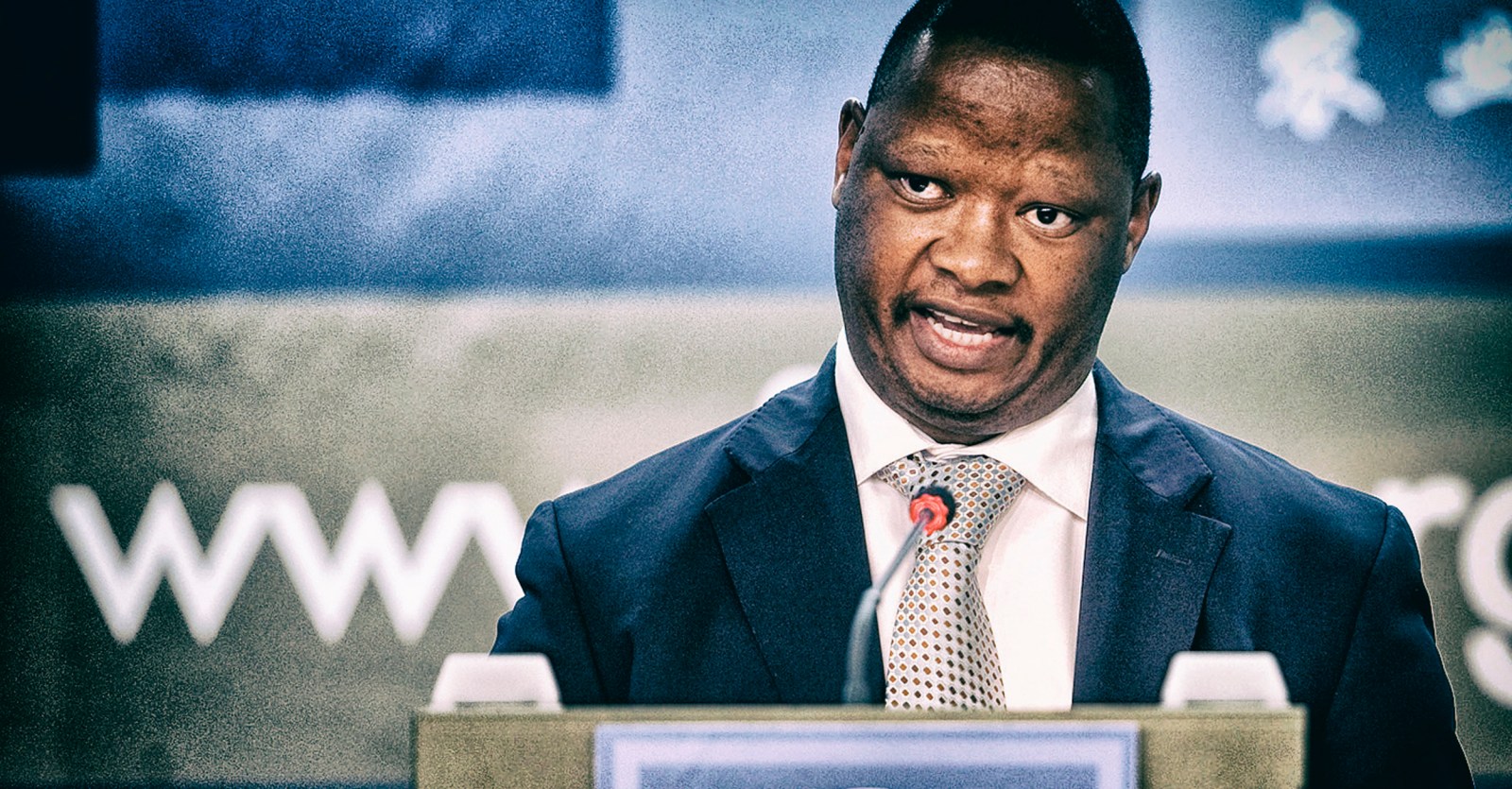 Gengezi Mgidlana addressing the Plenary at the 36th session of the Committee on World Food Security (CFS), FAO headquarters (Plenary Hall) in Rome.

Secretary to Parliament Gengezi Mgidlana received a R56,000 annual performance bonus for effectively a little more than two months at work. This was in the year he went on special leave before being suspended in November 2017. The performance bonus took Mgidlana’s annual package to R2.889-million as at 31 March 2018, according to Parliament’s 2017/18 annual report. That’s a smidgen more than the R2.825-million annual wage of National Assembly Speaker Baleka Mbete and National Council of Provinces chairperson Thandi Modise.

Parliament’s 2017/18 annual report does not give the reasons for the performance bonus payments paid either to suspended Secretary to Parliament Gengezi Mgidlana or the other top managers, who received performance bonuses between R31,000 and R38,000.

That is a reference to the disciplinary proceedings against Mgidlana after Parliament’s audit committee investigation of a range of claims of mismanagement and abuse of power, including over travel spending and receiving a just above R71,000 ex-gratia payment just months into the job.

Strictly speaking, and on Parliament’s own official statements, Mgidlana wasn’t put on precautionary suspension until November 2017. In a statement dated 8 November 2017 Parliament said:

“After applying their minds to the report (from the audit committee), the presiding officers have decided that the recommendations and allegations made are serious and warrant that Parliament institutes a disciplinary process against Mr Mgidlana…”

On 9 June 2017, Mgidlana went on special leave he had requested. The presiding officers agreed, according to an official statement by Parliament on that day.

Because the financial year starts on 1 April, Mgidlana’s R56,000 performance bonus for the 2017/18 financial year was paid effectively for just over two months at work before he went on special leave in June 2017, ahead of his suspension in November that year.

A year earlier in the 2016/17 financial year Mgidlana received a R78,000 performance bonus, bringing his salary to R2.677-million, according to Parliament’s 2016/17 annual report. That salary package was a little less than the R2.717-million total remuneration package Mbete and Modise earned as presiding officers that year.

According to Parliament’s 2017/18 annual report, acting Secretary to Parliament Baby Tyawa was paid a R38,000 performance bonus and a total remuneration of R2.495-million.

Parliament’s divisional managers such as those for communications, international relations or support services earned around R1.8-million salary packages, including performance bonuses, with the head of the Budget Office, Professor Mohammed Jahed, earning a total R2.348-million package as at 31 March 2018, according to the annual report.

It appears from the annual report that Parliament is struggling to attract what it calls “talent”, and the institution was now reviewing its policies, systems and structures.

“It has been challenging to attract the right skills and expertise as applicants were reluctant to accept offers due to challenges created by the fixed-term nature of employment contracts, the cost of living in Cape Town and the uncompetitive compensation at executive management level,” the annual report says.

“The institution is looking at innovative ways to attract and retain the right skills and talent.”

Parliament received an unqualified audit once again. Issues around how some indicators were measured raised in the auditor-general’s report did not materially or otherwise affect the audit opinion.

While Parliament’s 2017/18 annual report noted it was under-resourced, the document also outlines R26.659-million spent on consultants, contractors and special services — up from R16.7million in the previous 2016/17 annual report — and R15.462-million on consulting and professional fees, or almost double the R7.996-million, including legal costs, spent in the 2016/17 financial year. R47.6-million was spent on overseas travel, up from R37.8-million the previous financial year.

According to the financial statements that are part of the annual report, communications expenditure increased to R32.6-million in the 2017/18 financial year from R28.3-million in the previous 2016/17 financial year, but advertising has dropped to R17.88-million, from just more than R19.6-million a year earlier. Also down is spending on flowers and decorations, to R1.613-million from R2.2-million a year earlier.

Fruitless and wasteful expenditure of R1.053-million was written off, leaving R271,000 for the 2017/18 financial year, largely due to cancellation fees and damage/loss of hired goods.

The national legislature has set aside R162.3-million for “exit gratuities” for those who leave before or because of the 2019 elections — and contingent liabilities of R5-million for staff litigation, and R12.25-million for other litigation, which Parliament said, it could be liable for. DM

UPDATED JULY 2, 2019:  A statement by Parliament on 4 October 2018 denied any performance bonuses had been paid, and went on to explain the reflection of the bonuses in the annual report financial statements were “provisions, or projections, made for possible payment of bonuses subject to the outcomes of the annual performance assessments. This is in line with the South African Standards of Generally Recognised Accounting Practice (GRAP). Parliament’s statement can be accessed here: https://www.parliament.gov.za/press-releases/online-publications-claim-parliament-paid-bonuses-management-grossly-erroneous’.