RUNNING OUT OF PLACES TO HIDE 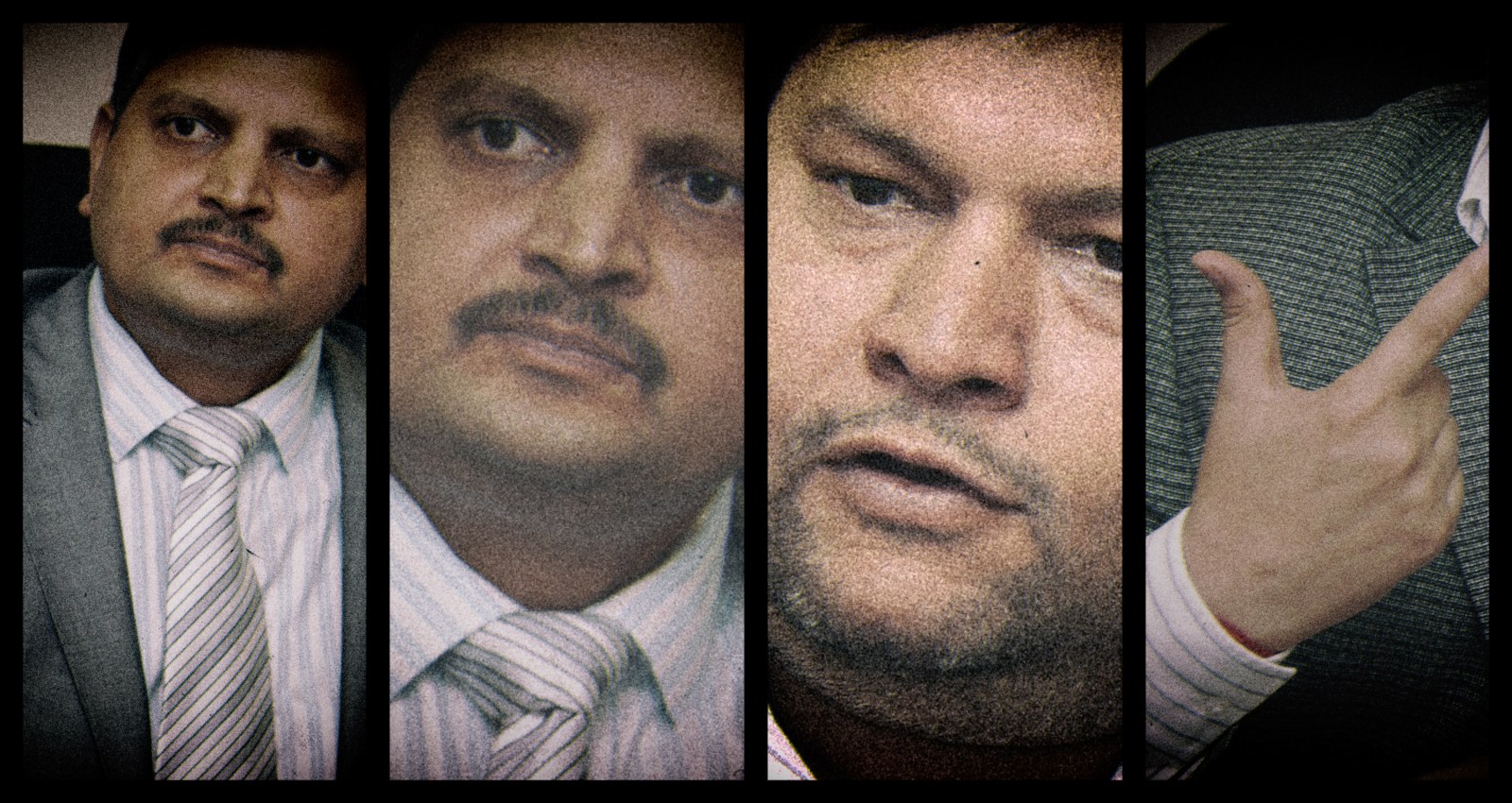 Indian businessmen, Ajay Gupta and younger brother Atul Gupta at a one on one interview with Business Day in Johannesburg, South Africa on 2 March 2011 regarding their professional relationships. (Photo by Gallo Images/Business Day/Martin Rhodes)

The justice ministry on Wednesday announced that an extradition treaty has been signed with the United Arab Emirates, where the architects of State Capture, the Gupta brothers, are based. The state could rely on the new treaty to bring the Guptas to justice, but extradition remains a complex process.

Minister of Justice and Correction Services Michael Masutha on Tuesday signed treaties on extradition and mutual legal assistance in criminal matters with the United Arab Emirates (UAE), raising hopes that the Gupta brothers will be extradited to face corruption charges in South Africa.

“The Treaties will enable the two countries to assist each other in the investigation and prosecution of crimes through mutual legal assistance and the extradition of fugitives,” said a statement issued by Masutha’s department.

Gupta brothers Ajay, Atul and Rajesh fled to the UAE city of Dubai earlier in 2018 as criminal investigations into alleged corruption accelerated after their friend and ally, former president Jacob Zuma, lost his grip on power.

They have since been spotted in both Dubai and the country of their birth, India.

Multiple charges have been laid against members of the Gupta family. The Hawks labelled Ajay Gupta a fugitive before retracting the comment so as not to compromise an ongoing investigation.

Widespread allegations of corruption backed up by undisputed evidence against the family were revealed in the #GuptaLeaks and the case against them and their allies in government and the private sector has been bolstered in the five weeks since the Zondo Commission of Inquiry began its investigation.

“This means the infamous Guptas are fast running out of places to hide as they can now face extradition to finally answer for State Capture.

“The Guptas, aided and abetted by the complacent and failing ANC, have been given unfettered access to billions in public money. When their time was running out they skipped the country to yet again avoid accountability,” she added.

The justice department on Wednesday said South Africa and the UAE had been negotiating the treaties since 2010. In May 2018, Masutha’s spokesperson Mukoni Rashitanga said the minister was negotiating with the UAE to make the Guptas available to local law agencies, but he said it was not at the time working on an extradition treaty.

Zondo refused to allow the Guptas’ lawyers to cross-examine witnesses unless they were willing to return to South Africa and present their version of events.

Mazzoni said the DA will request an urgent sitting of the National Assembly to ratify the new treaties signed with the UAE. She said the authorities can still begin extradition proceedings with the UAE while Parliament ratifies the laws.

The new extradition treaty has created hope that the Guptas will be brought to justice in South Africa, but the details of the treaty are yet to be revealed.

In a 2012 paper looking at extradition and mutual legal assistance from a South African perspective, University of Johannesburg Professor Murdoch Watney noted that international criminal justice requires a balance between respect for state sovereignty and territorial integrity.

“The correct and acceptable procedure would be for a state (the requesting state) to apply to another state (the requested state) for co-operation in the form of mutual legal assistance regarding the gathering of evidence and/or the extradition of the perpetrator,” she wrote.

She said states requesting extradition may surrender an accused after there has been compliance with both an extradition agreement and the domestic laws of the requested state.

That means the specifics of the treaty and whatever relevant laws the UAE has will come into play in determining whether the Guptas can be extradited.

The devil is in the detail. The details are still unknown. DM