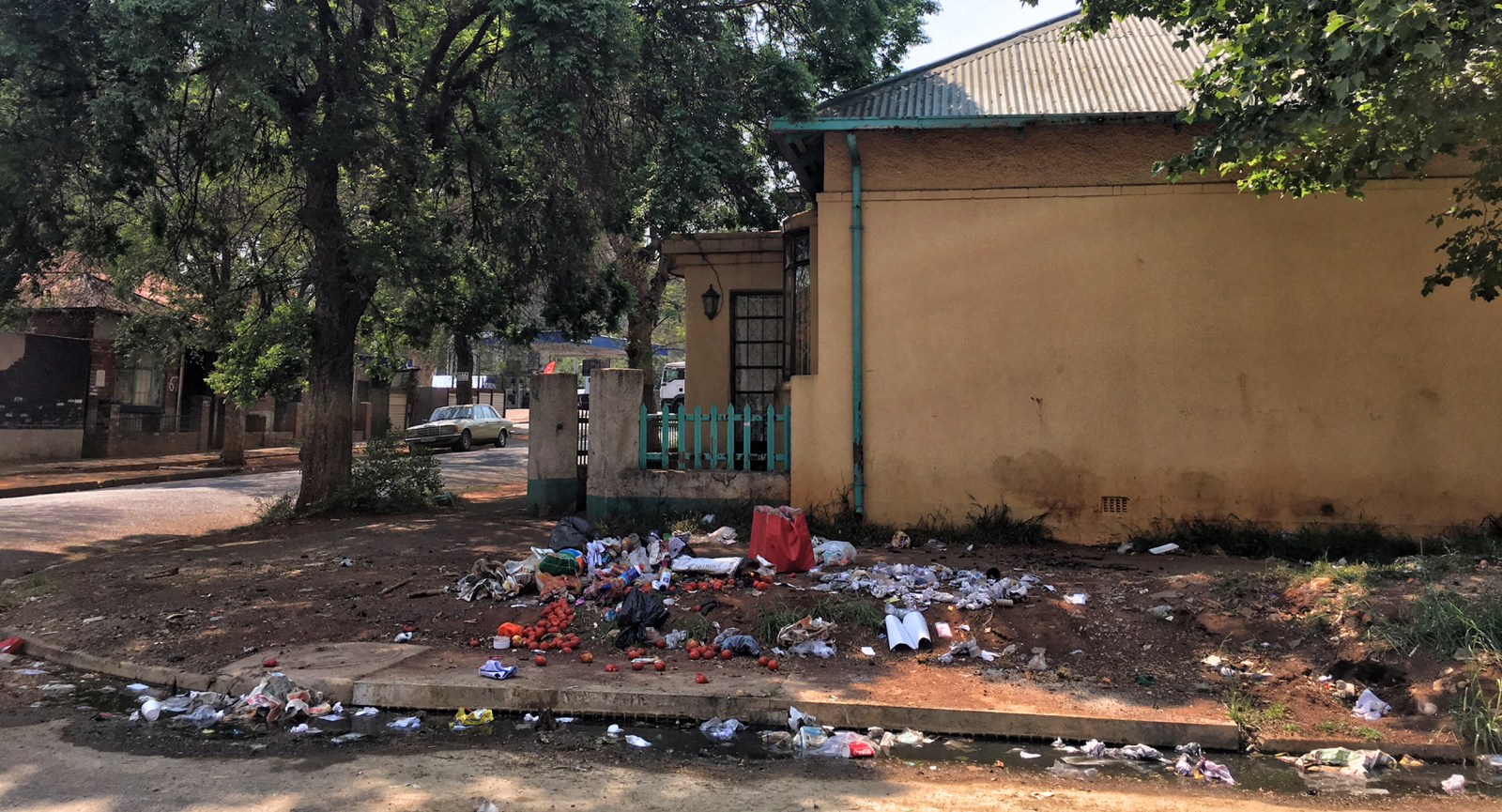 The DA will campaign for 2019 on its governing record: where it runs thing, it does so well, the party will tell potential voters. Where the DA governs, said party Mmusi Maimane, it fixes lights, picks up trash, fires the corrupt… As I left the party’s launch of its campaign last Saturday, I drove five minutes from Newtown to my home in Mayfair. And I wanted to cry at the gap between promise and delivery.

In 2016, the DA won Mayfair, part of an inner-city ward abutting Johannesburg.

It took the suburb, which has historically been won by the ANC, because the governing party failed a loyal electorate. In the Eighties, the former suburb of white working-class railway and other workers,, changed shade quickly because it is close to Fordsburg, an historic Indian enclave in the city.

Fordsburg was home to ANC royalty and resistance ran in its veins. So, it was no surprise that Mayfair, from the late Eighties, was a hotbed of activism too.

The suburb was a living resistance to the Group Areas act as people moved into the area in acts of living defiance but also of necessity. When the ANC was unbanned, many of its exiled members called Mayfair home and several leaders of the time lived there too, helping give it a quality of solidarity and resistance. My family moved there from Bosmont because my old hometown was too far away and too dangerous for me to travel to Wits University on my own in rickety public transport.

I love the area for that history and for its present. It is multiracial, multiclass, multinational (Mayfair is home to one of the continent’s largest groups of Somalian immigrants) and it is testament to Joburg’s spirit of grit and can-do. There’s nothing you can’t buy in my ‘hood and some things you shouldn’t be able to.

It’s also filthy dirty all the time. Piles of rubbish litter its old roads – evidence both of a suburb bursting at the gills, but also of organised dumping that besets this part of Joburg. The DA won the ward, as it did the city, on a promise of good governance in 2016, but what has happened?

The party is on its second councillor in two years. The first was fairly useless; the second is a little more responsive. Neither lives in the area; the DA does not make it mandatory for its local councillor to live where they win wards, so this is a huge problem for proximity between the leaders and the led.

There are no visible signs of improvement in the suburb: in fact, in my opinion, it’s worse than when the ANC ran it and I thought it could not travel further along the road to ruin. Development is unchecked and liquor licences appear to be granted with an abandon that can’t be healthy for an already sozzled city.

As a single working woman who keeps two homes going, there’s only so much active citizenship I can do. And I try: to use social media; to use the city’s systems, to attempt to form part of ward committees.

But, ultimately, government needs to be the major partner in a living social contract between my paying my dues and getting what is due: that idea of a living contract lies at the heart of the DA’s promise. The ANC, on the other hand, is far more a party that relies on its history and its past service to inform present goodwill towards it.