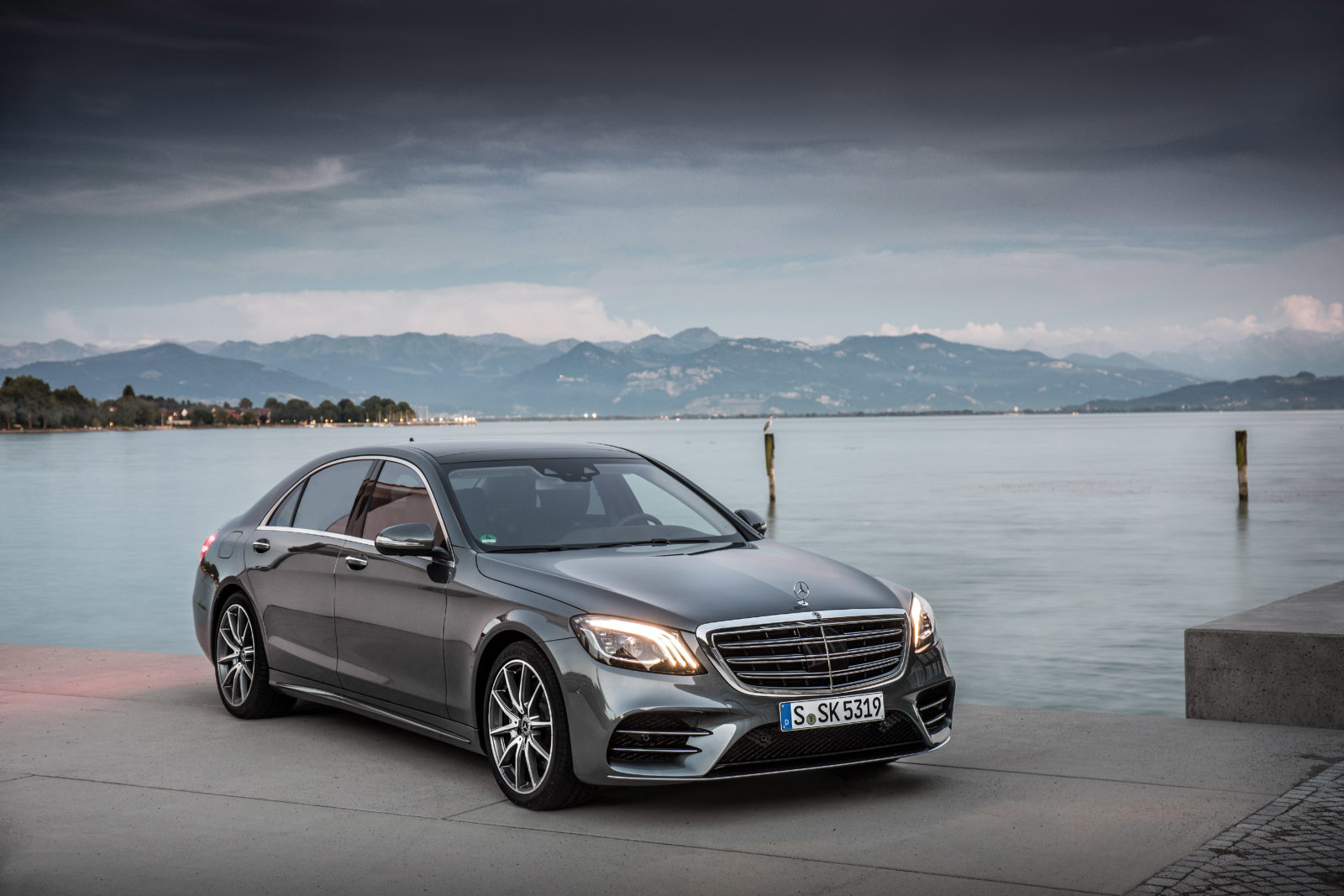 The Mercedes-Benz S-Class has always been the epitome of mainstream motoring luxury. Not in the league of bespoke brands such as Rolls-Royce and Bentley, but still first-class fancy. The newly updated S-Class brings even more hi-tech to the luxury party.

In an age of economic downturn, corruption-laced excess, high unemployment and general poverty, one would expect that conspicuous consumption would be toned down. And yet, there’s no shortage of luxury cars on South African roads. 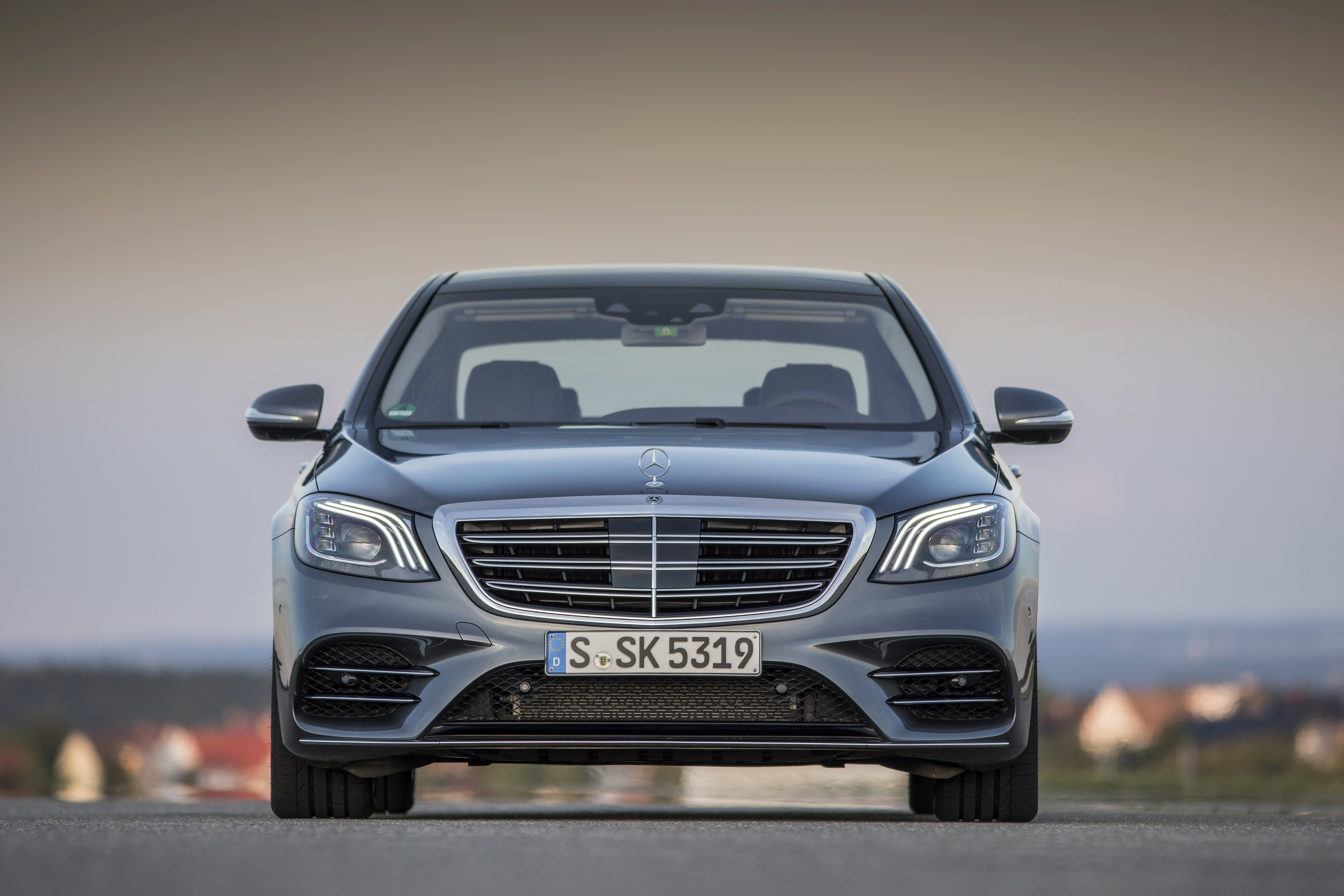 Admittedly, the buying-down trend that goes hand in hand with tougher times has seen luxury car sales emphasise the more compact models. But there’s still a decent take-up of large limos – although, these days, those buyers are shifting into even bigger SUVs.

For many, the Mercedes-Benz S-Class is the pinnacle of luxury motoring. For decades, it’s been the preserve of high-ranking politicians, captains of industry, and successful entrepreneurs.

To own and drive an S-Class is to have made it to the top, and it remains the motoring dream of many, even if the same can now be said of BMW’s 7-Series, the Audi A8 and even the Lexus LS. 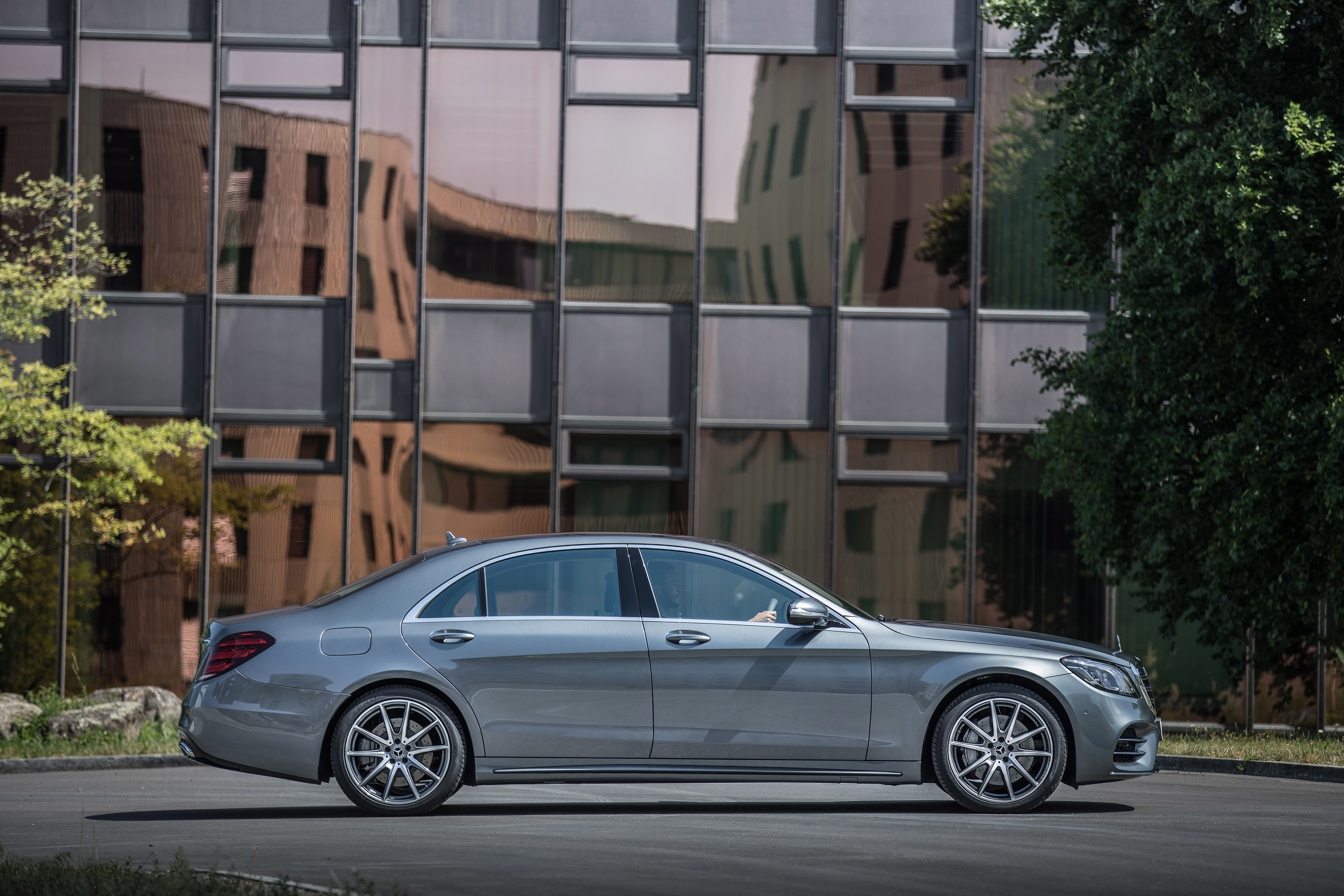 Today’s limos have to be more than just luxurious juggernauts, however. They also have to lead in technological and even environmental terms, setting trends rather than following them.

So, to understand today’s S-Class, you need to look beyond the corpulent exterior, and the lavishly appointed cabin. Instead, consider those elements that may be the preserve of an upper-class car for now, but may well become mainstream in the motoring future. 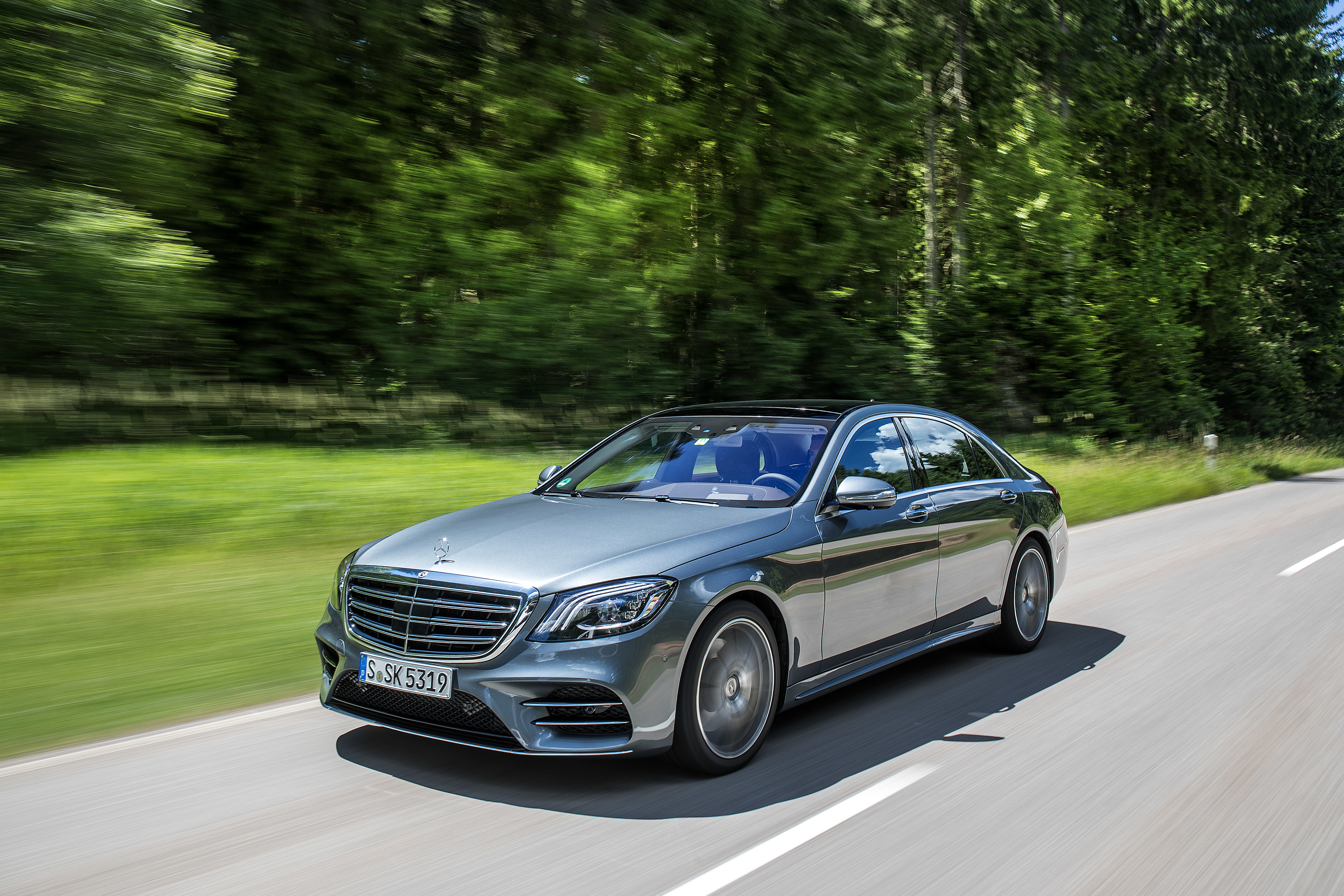 At face value, this latest S-Class looks, well, just like a Mercedes-Benz, and a big one at that. The senior sedan now comes in long-wheelbase configuration only, which means it measures a massive 5.25m long and rides on a 3.17m wheelbase.

The swoopy lines typical of the current Mercedes-Benz design language only serve to emphasise the sheer bulk of the S: the rear’s extended overhang appears droopy when viewed in silhouette, and that probing bonnet adds to the sedan’s ostentation.

The standard 18-inch wheels on the S450 L under scrutiny here are dwarfed by the surrounding metalwork, which is why most S-Class buyers will opt for something bigger: 20-inch alloys really should be standard. 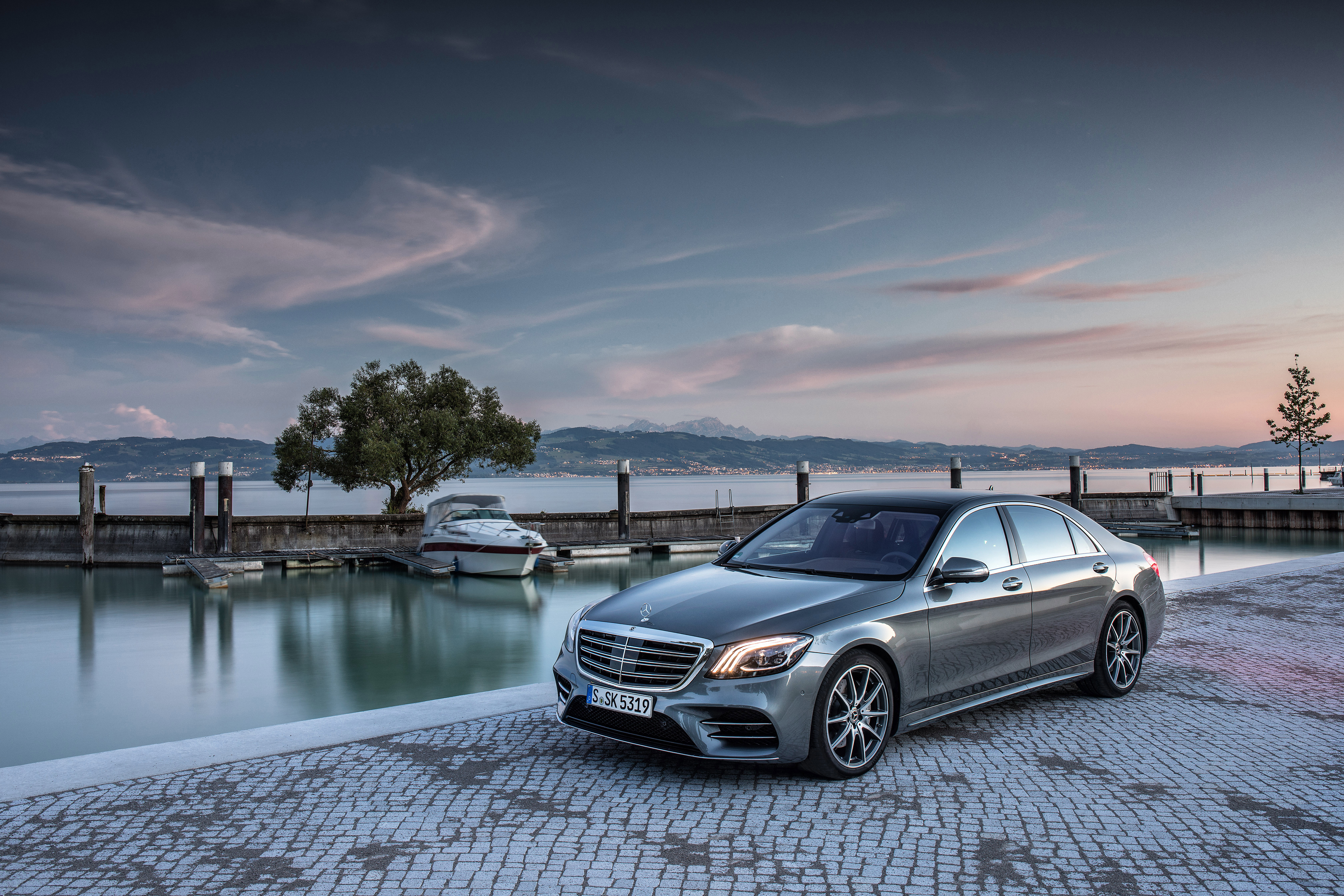 There are some elegant touches, though: the roofline’s slope into the broad C-pillar is perfectly profiled, and the new, brightwork-garnished grille looks bold without resorting to bling. The triple-bar daytime running lights in the LED headlight clusters add a futuristic touch.

The multi-beam LED headlights are worth a special mention: they instantly and accurately react to oncoming traffic, thus always offering optimised, focused illumination of the road ahead without dazzling other motorists. 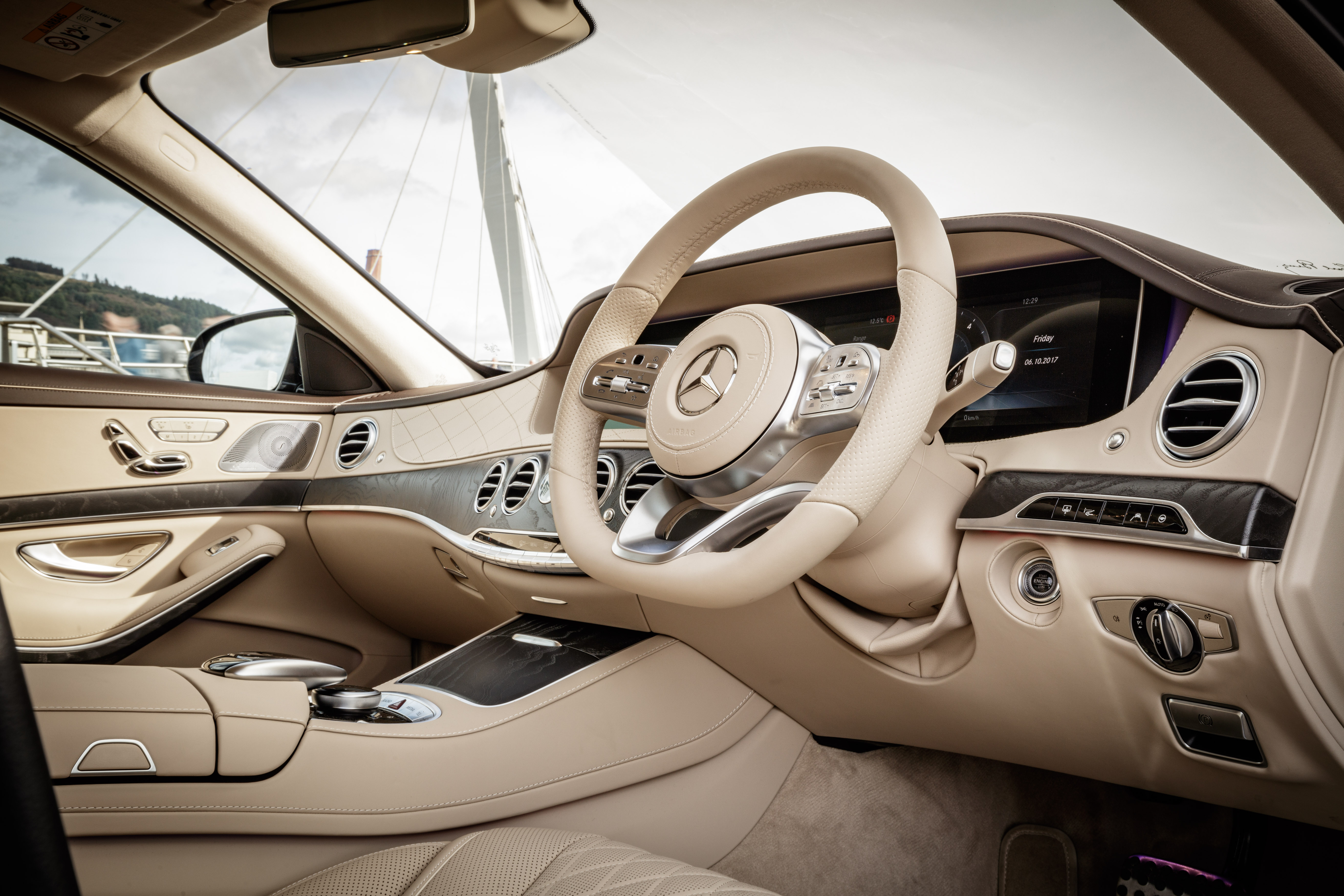 The exterior may not be everyone’s cup of Earl Grey, but the interior is where it all comes together for the S-Class. As one would expect it’s expansively spacious, especially at the rear, where limo-style legroom invites stretch exercises or yoga moves.

The execution is up there with the very best in visual and tactile quality terms, too, exuding a crafted attention to detail that goes some way to vindicating the seven-digit purchase price. The materials, surfaces and finishes all speak of upmarket class and heirloom-style longevity – a rare achievement in any contemporary, mass-produced car.

Before you think of the S-Class cabin as some fuddy-duddy club lounge though, take a moment to review the technology on offer. The depth of the big Merc’s technological sophistication is impressive, as is just how relevant and accessible that technology is.

By now, hi-res colour displays have started displacing conventional instruments in a variety of marques and models, including the recently updated C-Class. But the S-Class was among the first and it’s still one of the most impressive examples of the digital instrument art. 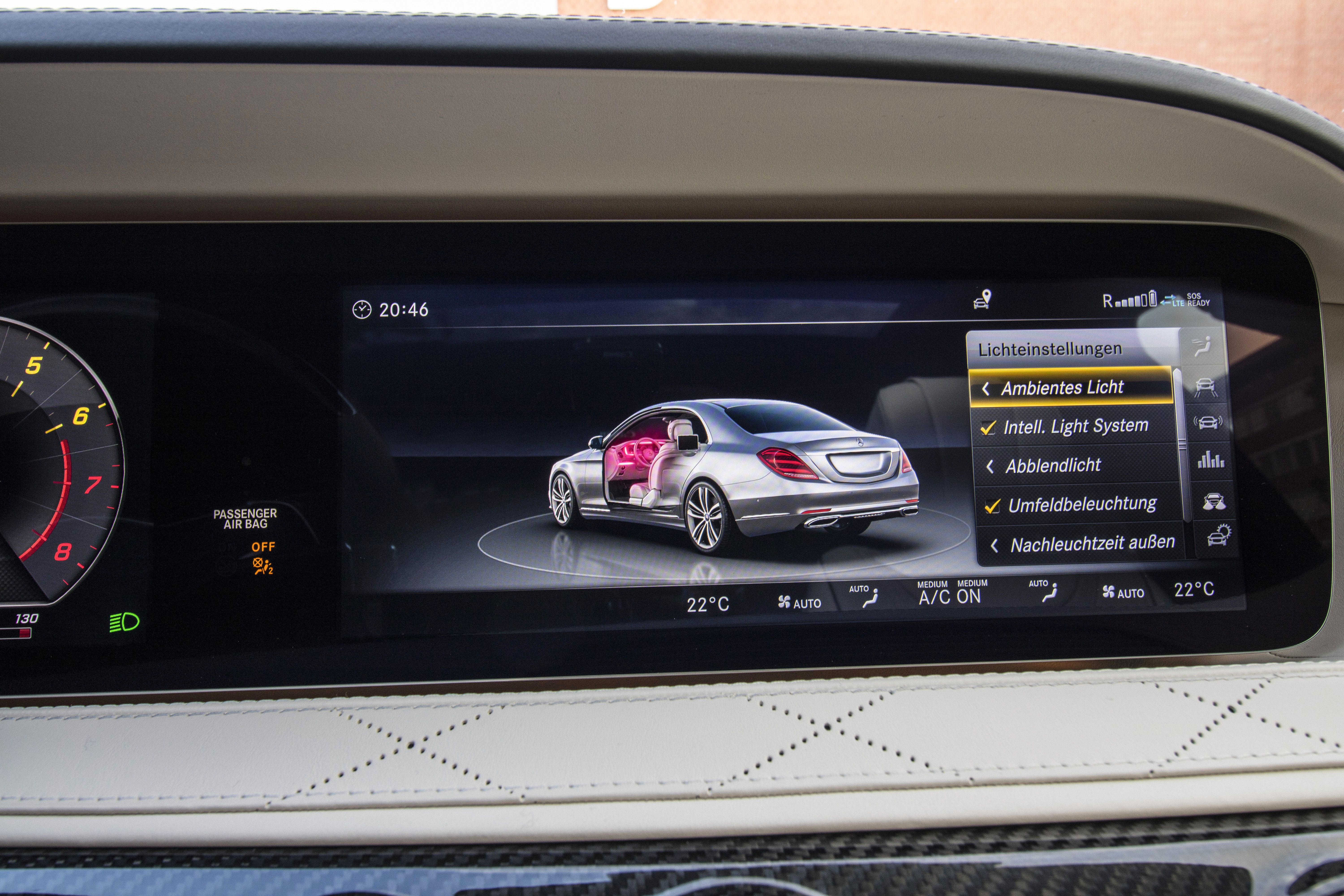 Two huge 31cm hi-res colour screens dominate much of the fascia in a combined, widescreen arrangement that’s as eye-catching as it’s functional and user-friendly.

The screen directly ahead of the driver replaces the instrument cluster with a configurable digital display, while the second, directly adjacent screen is the gateway to the limousine’s infotainment system.

Innovative touch-sensitive buttons on the steering wheel allow intuitive access to the infotainment’s vast array of features, but the traditional Mercedes-Benz touch controller in the centre console has also been retained, while a voice control system now responds to 450 commands. 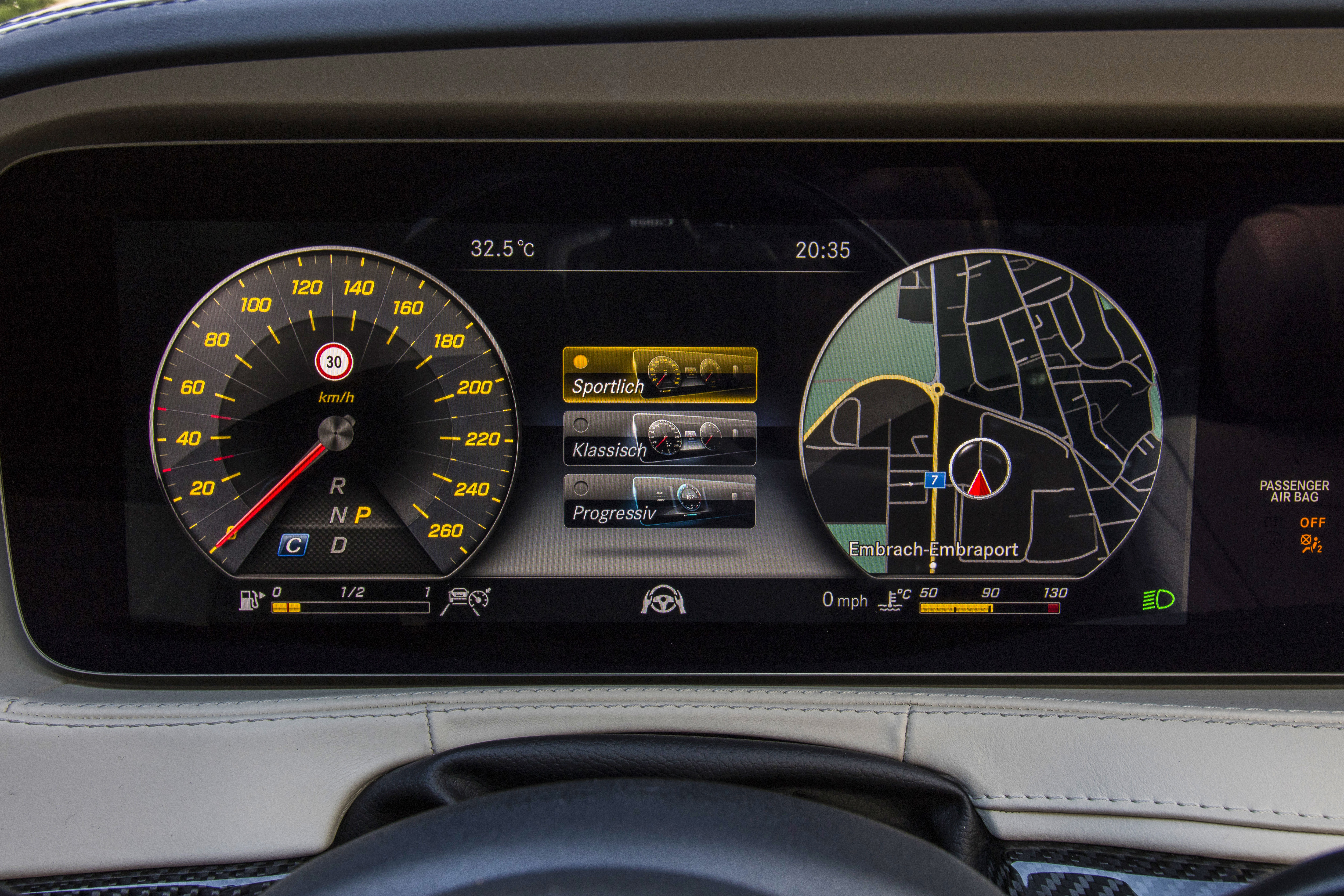 The resulting 10min packages get somewhat frivolous labels such as Joy, Vitality and Freshness, and put a completely different spin on the cabin comfort concept. 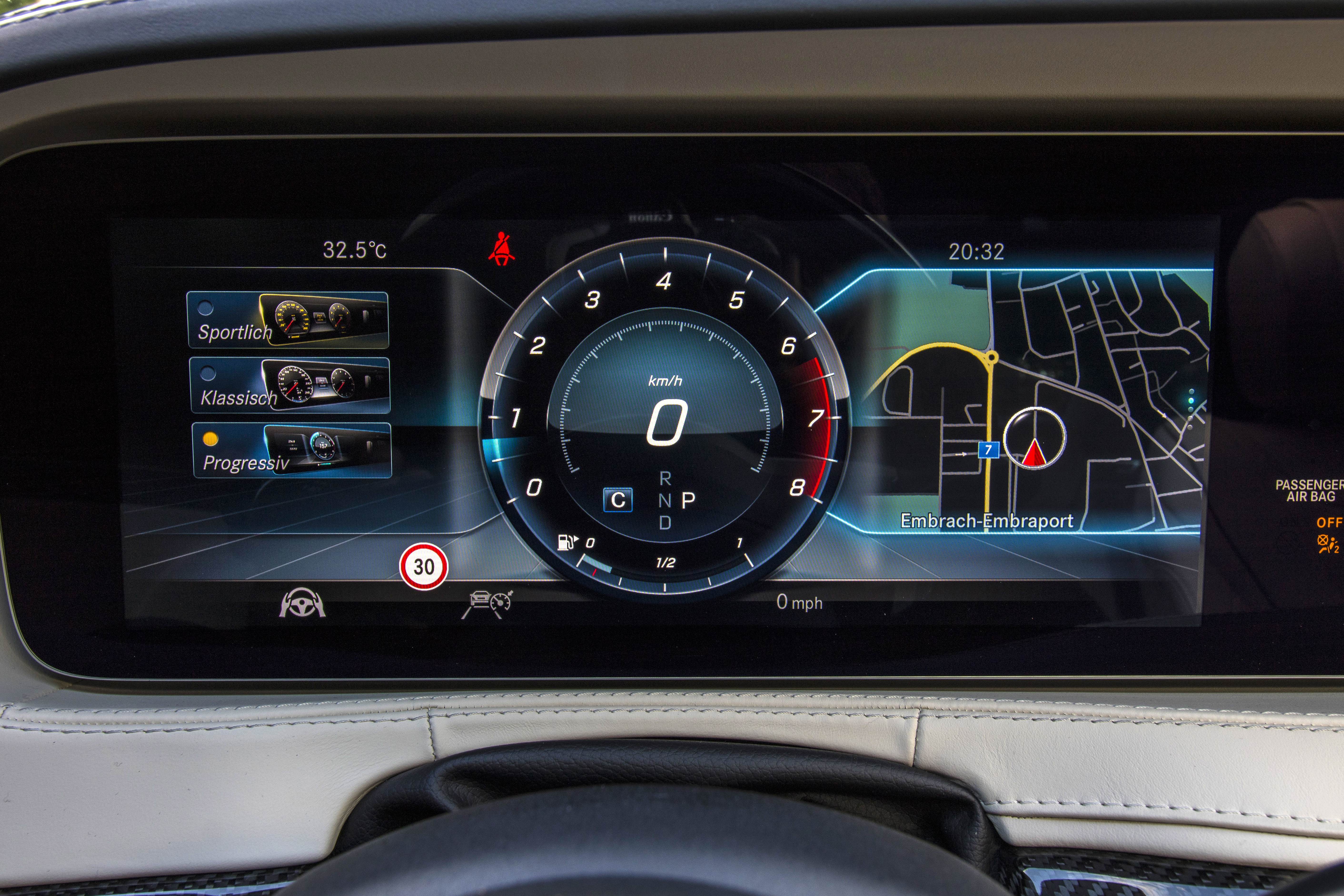 Put it this way, S-Class buyers can customise their steeds to the nth degree – but at a price. Our test car’s array of extras added well over R200,000 to the bill.

There’s even more tech under the skin, including an air-damped ride control that reads the road surface and continuously adjust the suspension accordingly. It allows the big Mercedes-Benz to maintain its famed magic carpet ride, despite our deteriorating roads.

Which bring us to the subject of driving the S450 L. One could be forgiven for expecting a sedan this big – and weighing in at a smidgen over two tons – to feel like a tank and handle like a pig. 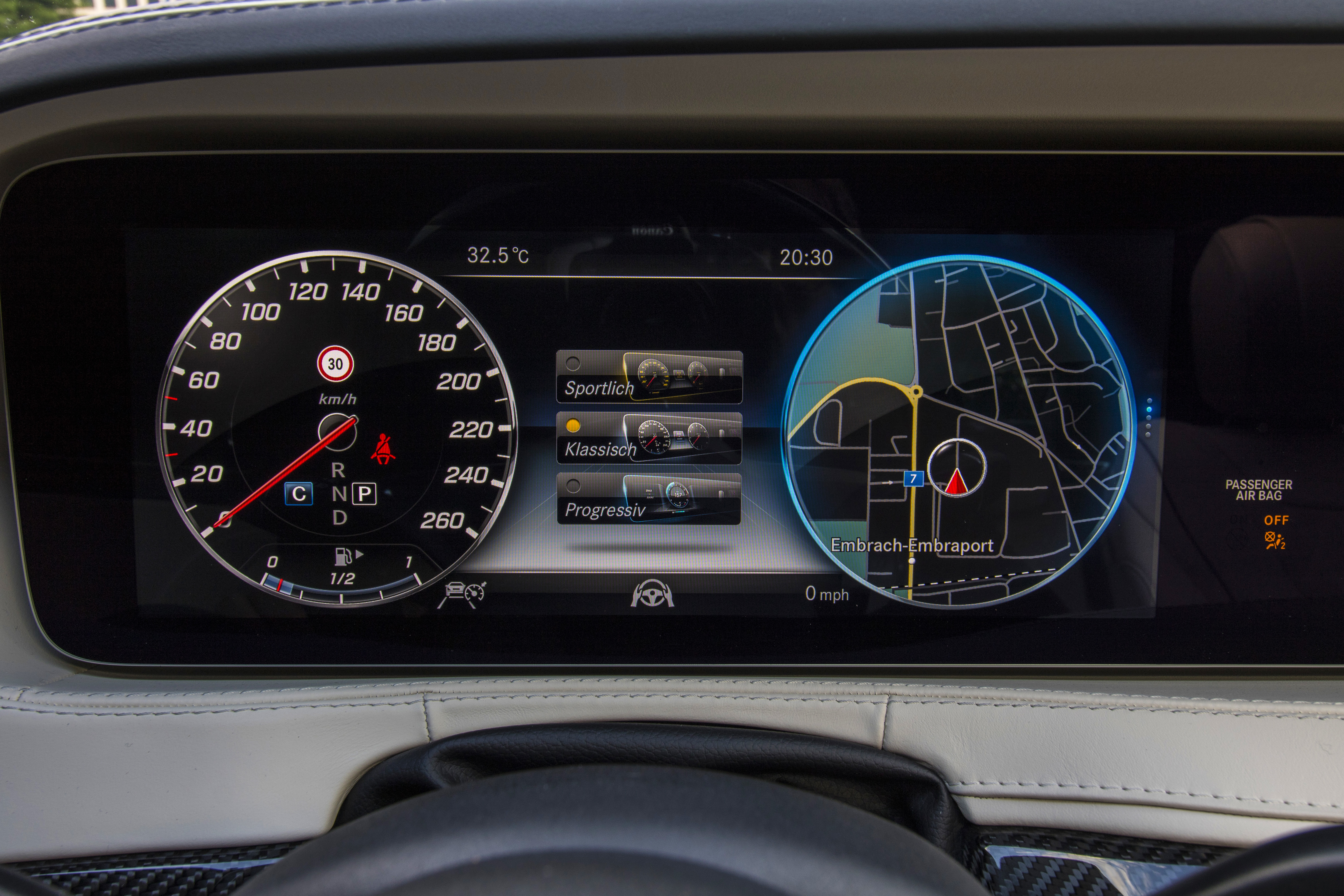 Fortunately, that’s not the case at all. The S450 L might be the ‘entry-level’ petrol-powered model in the range, but that turbo straight-six still musters 270kW of maximum urge, and a fat 500Nm of twist, spread all the way from 1,600 to 4,000rpm.

Give it a bootful of throttle, and the big S gets going with almost indecent alacrity. The nine-speed auto gearbox executes its cog-swapping with admirable enthusiasm and polish, assisting the sedan to stop the 0-100km/h clock in just more than 5sec. 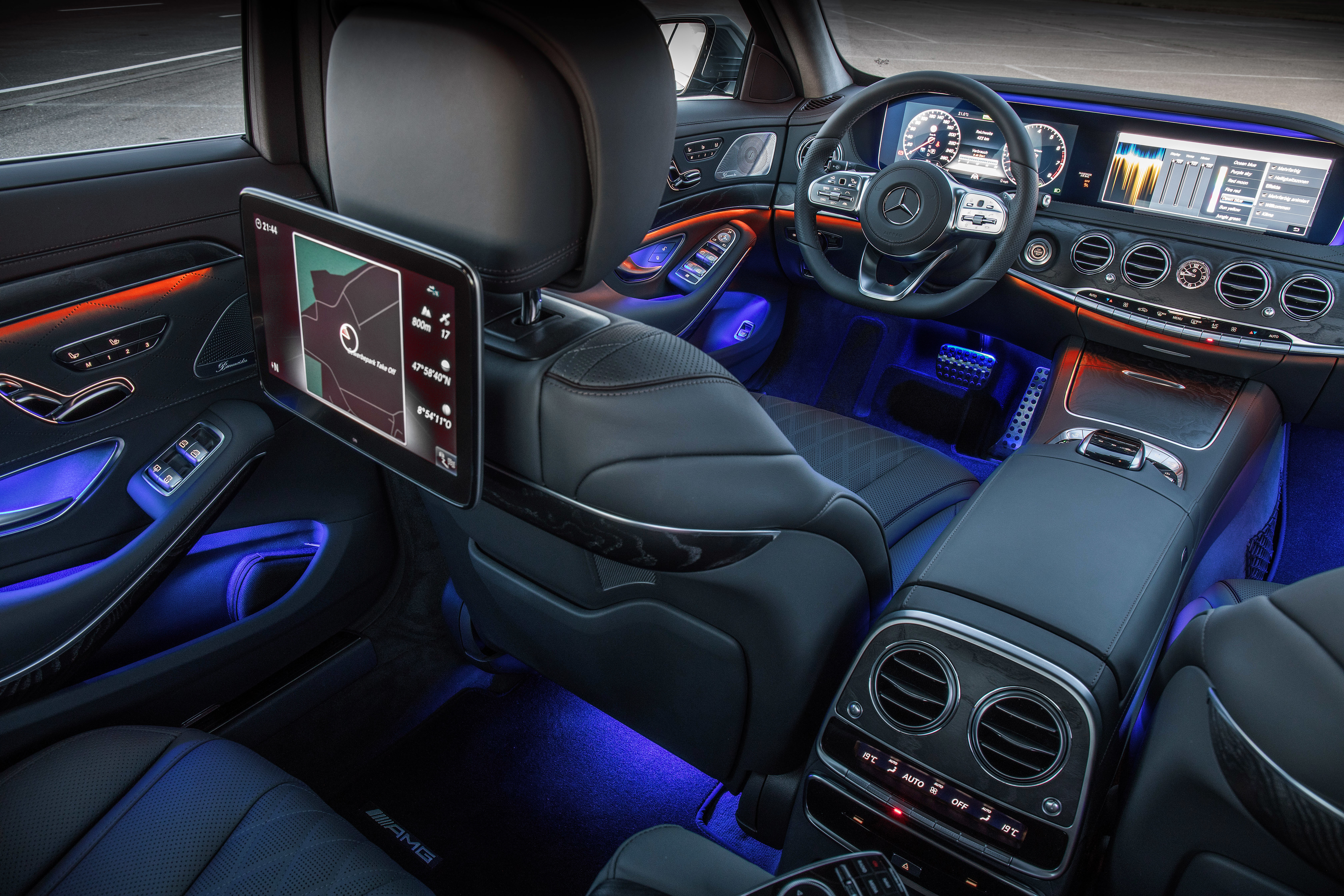 While the gear changes are every bit as slick and quick as you’d expect of a top-flight luxury sedan, the engine could do with more refinement. Admittedly, it’s an older-generation power unit, but I can’t help but feel that the larger-capacity V8 in the S560 is a better match for this application.

Not that the S450 L isn’t up to the task in dynamic terms. The broad spread of torque and decent power ensure effortless high-speed cruising and incisive overtaking, accompanied by an unflappability that’s nicely in line with the car’s aristocratic demeanour.

Of course, there will be those who will prefer to savour the S450 L’s attributes from the rear seat – and rightly so. For those prepared to cede the driving duties to a chauffeur and to use those traffic-compromised commutes for working, the serene progress and generous space should make for a perfect mobile office. 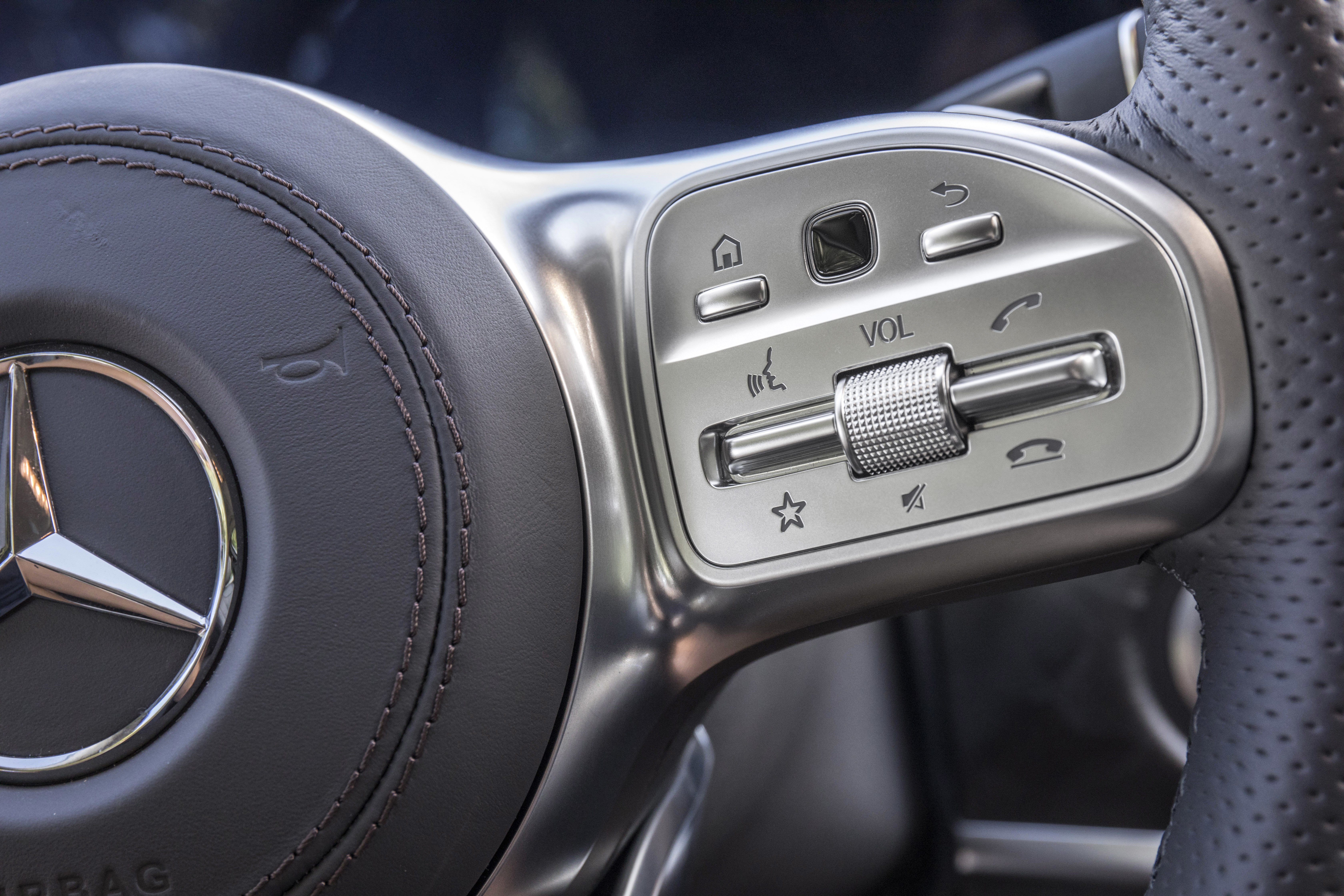 But the S-Class will also hold its own on those long-distance trips from Gauteng to Cape Town or Plett, cosseting its occupants in climate-controlled, noise-insulated, road-cushioned comfort.

Add niceties such as a Burmester high-end sound system, and even the longest trip will flit past in a flash. Yes, that corporate jet might be quicker and glitzier, but you won’t get to savour South Africa’s ever-shifting landscapes through tinted windows, or stop in remote little towns for cream soda floats!

The Mercedes-Benz S450 L is also considerably cheaper to purchase and to operate than a Lear Jet. It’s also the most affordable petrol-powered S-Class in the range. 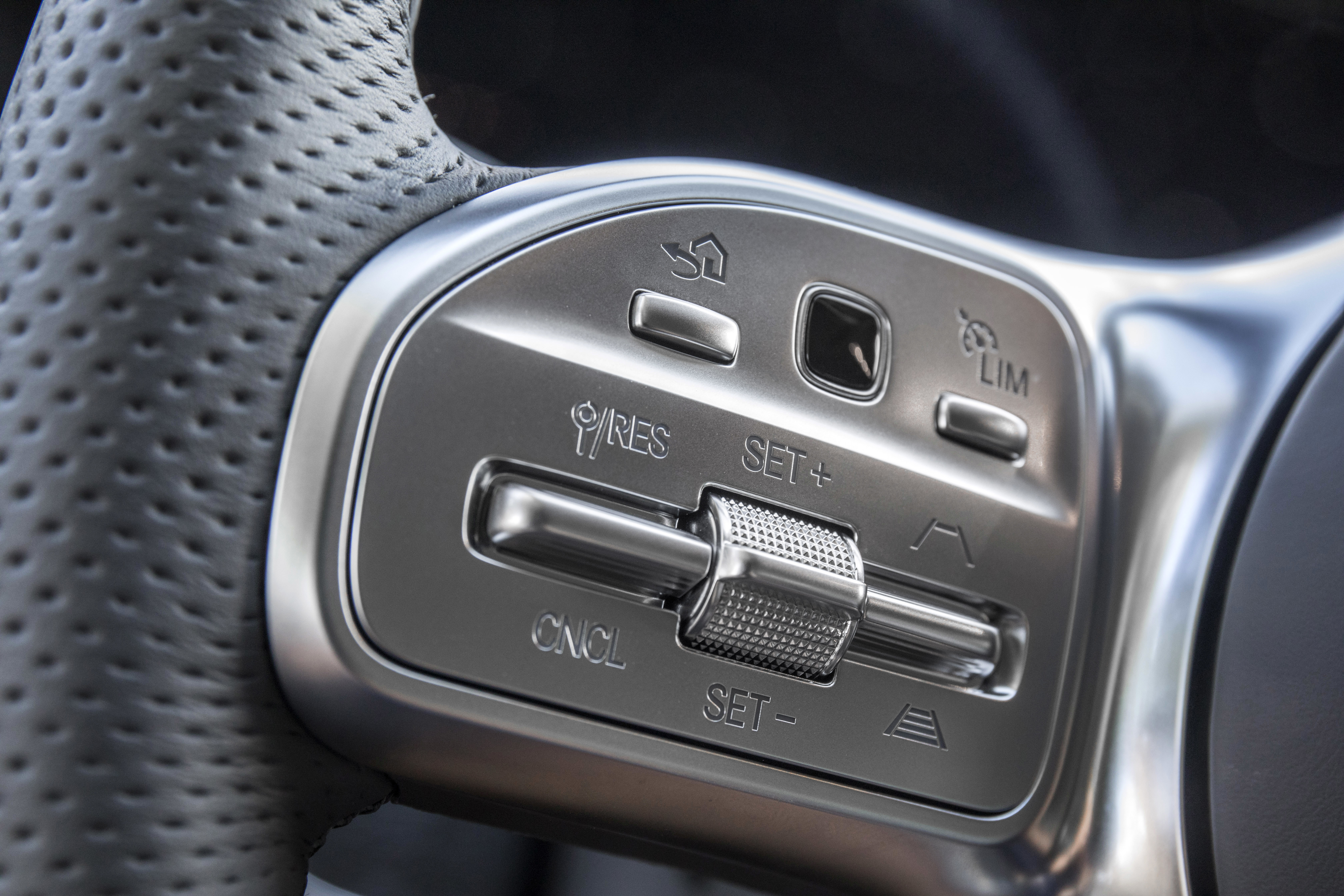 But in automotive terms, it still represents a considerable investment: R1.64-million to be precise, and that’s before extras.

As tested here, with options that include some AMG embellishments, rear-seat entertainment, driver assistance enhancements, parking assistance with a 360-degree camera, Burmester sound and 20-inch wheels, you won’t get much change from R2-million …

That’s a lot of dosh for automotive luxury and long-wheelbase space. And for some, the S-Class swagger will be too conspicuous when an E-Class will offer a less obtrusive, but still luxurious motoring experience. 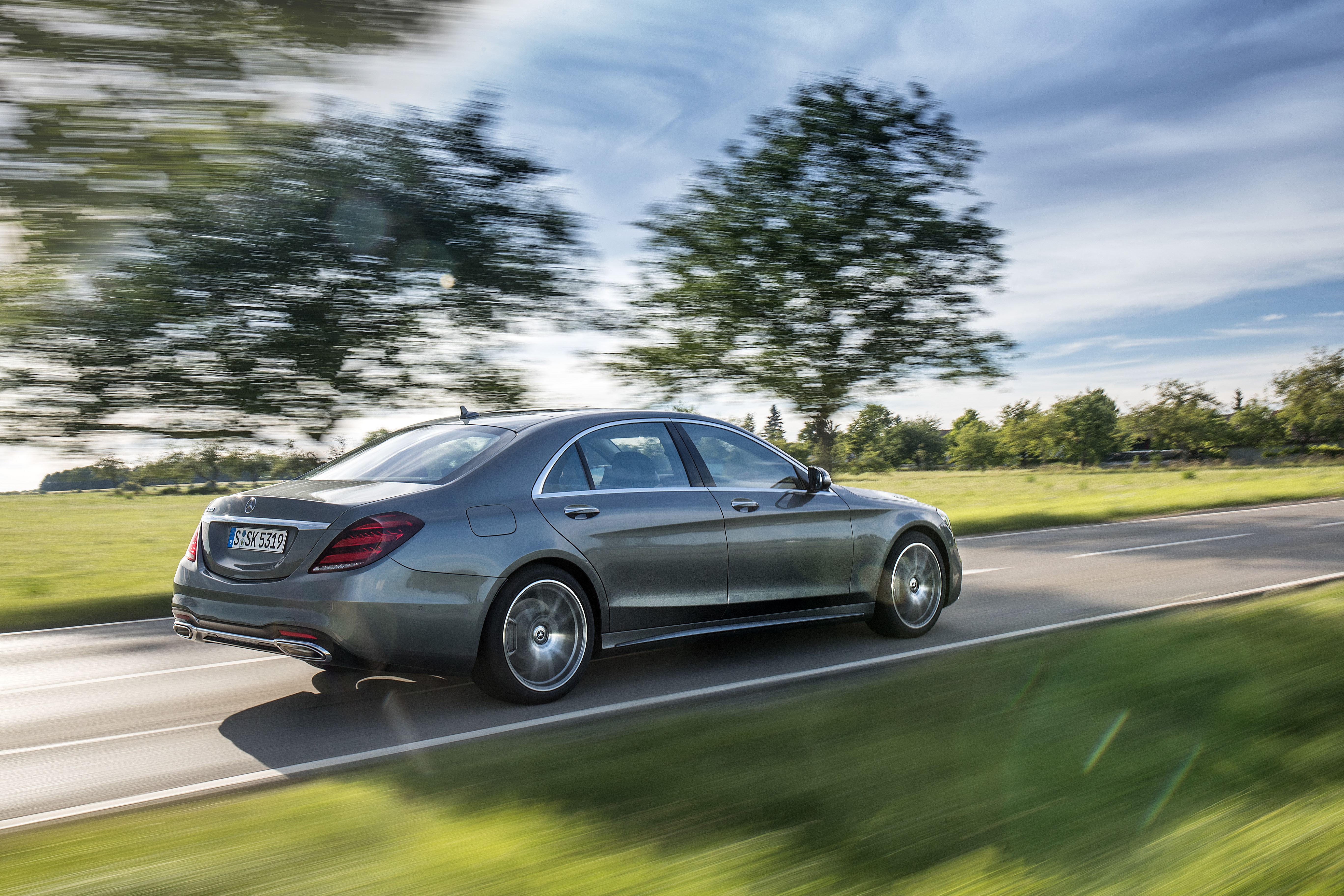 There will always be a market for big, ostentatious luxury sedans. And let’s not forget that those cars also serve as the pioneers for technologies initially too expensive to incorporate in mass-market models, but that will eventually filter down into the motoring mainstream.

The Mercedes-Benz S-Class has excelled in that context for decades – and made many motoring hedonists happy in the process. This latest S-Class continues the legacy with regal confidence. DM