Crime Stats: South Africa is at war with itself 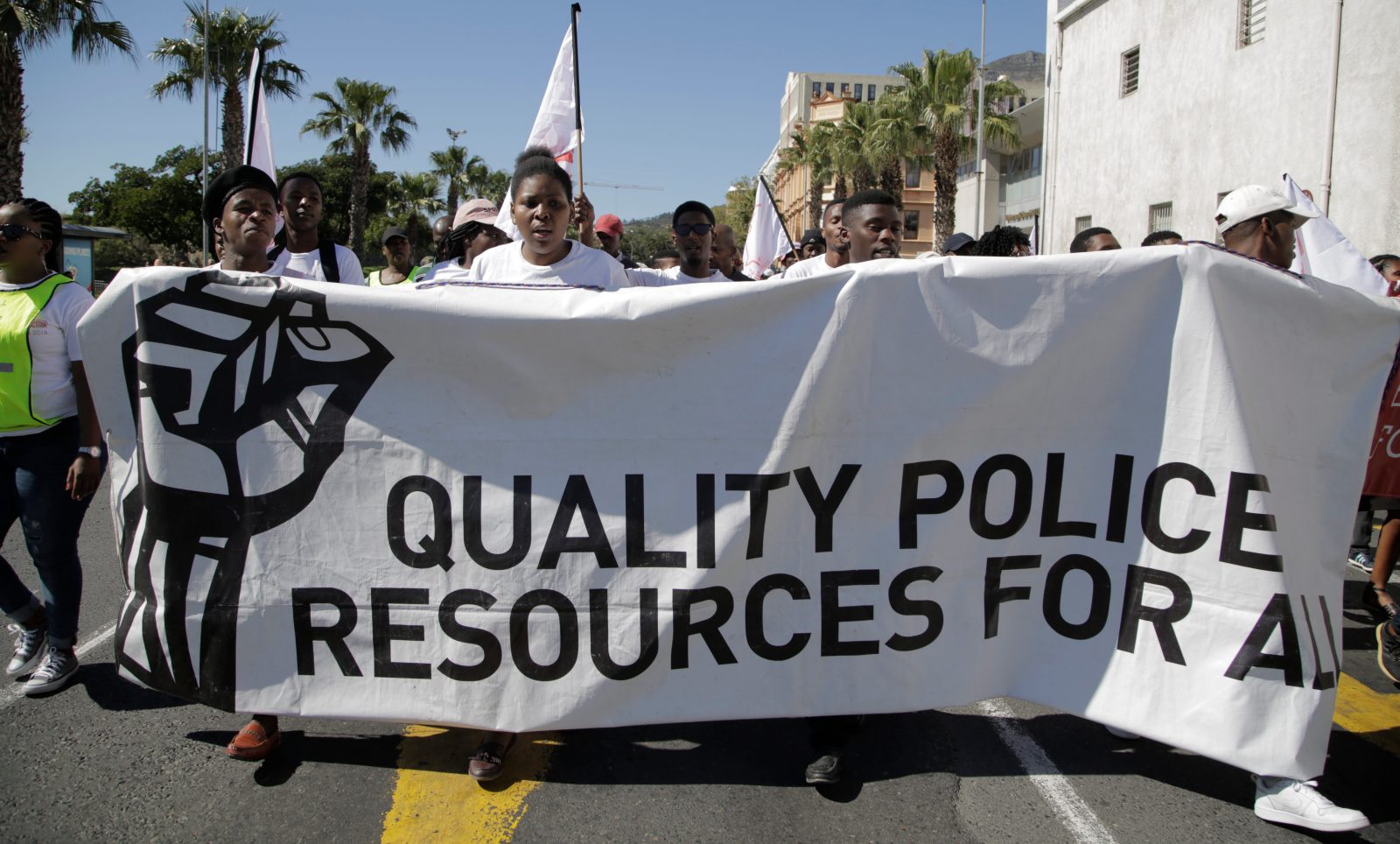 Members of the Social Justice Coalition march through the streets of Cape Town on 11 September 2018 over police resources and crime statistics which were being released in Parliament. (Photo: Leila Dougan)

The most important investment South Africa can make is in the safety of young people and women. By Chandré Gould

South African society is becoming more, not less, violent. This was confirmed by the 2017/18 crime statistics released by the South African Police Service (SAPS) yesterday.

But over the past six years we have seen a reversal of this downward trend. The murder rate is currently 35.2 per 100,000 – ensuring that South Africa remains one of the 10 most murderous countries in the world.

Violence affects all South Africans, with the greatest impact on people who are black and poor. Young black men have the highest chance of being murdered. But violence against children and women is at the root of this problem. The effects on individuals are long-term– children who grow up in violent households are more likely to use or become victims of violence later in life.

The greatest proportion of violence against women is domestic violence. This is not only a violation of women’s rights, but also reinforces harmful power relations between men and women.

According to a recent longitudinal study by the Wits Centre of Excellence in Human Development, 99% of all children born in 1990 in the greater Soweto-Johannesburg metropolitan area experienced violence at home, school and in their communities before they turn 18.

Across the country, one in three children in South Africa is hurt by their parent or caregiver and one in five experiences sexual abuse, with dreadful effects on children, families, communities and the whole country.

The effects of violence echo through society long after the last bullet is fired and the bruises have healed. Violence is felt emotionally as depression, fear and anxiety; and in a loss of concentration and inability to work.

For children, the effects of witnessing or falling victim to violence in homes, neighbourhoods and schools can be life-altering. If homes are not sanctuaries, but places of fear and conflict, it affects our lives drastically. Children who experience violence are more likely to use drugs, suffer from depression, or become violent themselves, perpetuating a devastating cycle.

It is vital that we understand the problem in order to build long-term solutions. The police have good data about reported crimes against women and children, but do not regularly make it available. This restricts the design of intelligent interventions in the right places, and makes it difficult to measure success.

What we do know from the SAPS annual report for 2016/17 is that assault, rape and other sexual abuse are the most common crimes against women and children. Of the 19 016 people murdered in the 12 months from April 2016 to March 2017, 18% of the victims were women and children.

Firearms were used in 36.7% of murders of children, and knives or sharp objects in 35.4% of cases. Beatings with fists and kicking were responsible for 13.9% of child murders. Three-quarters of children who were murdered were boys.

A recent report to parliament by the SAPS Family Violence, Child Protection and Sexual Offences unit shows that since April 2017 the situation facing children has considerably worsened.

It is long overdue that government and wider society recognise that none of the ambitions and hopes South Africans have as a nation will be realised unless violence affecting women and children is recognised and acted against.

South Africans should be outraged by State Capture and corruption. Those undermining the country’s economy and politics should be prosecuted. But in the long term, the most important investment South Africa can make is in the safety of young people and women.

This will require dedicated focus and commitment from political leaders and a dramatic change in the way South Africa funds and provides social welfare services. DM