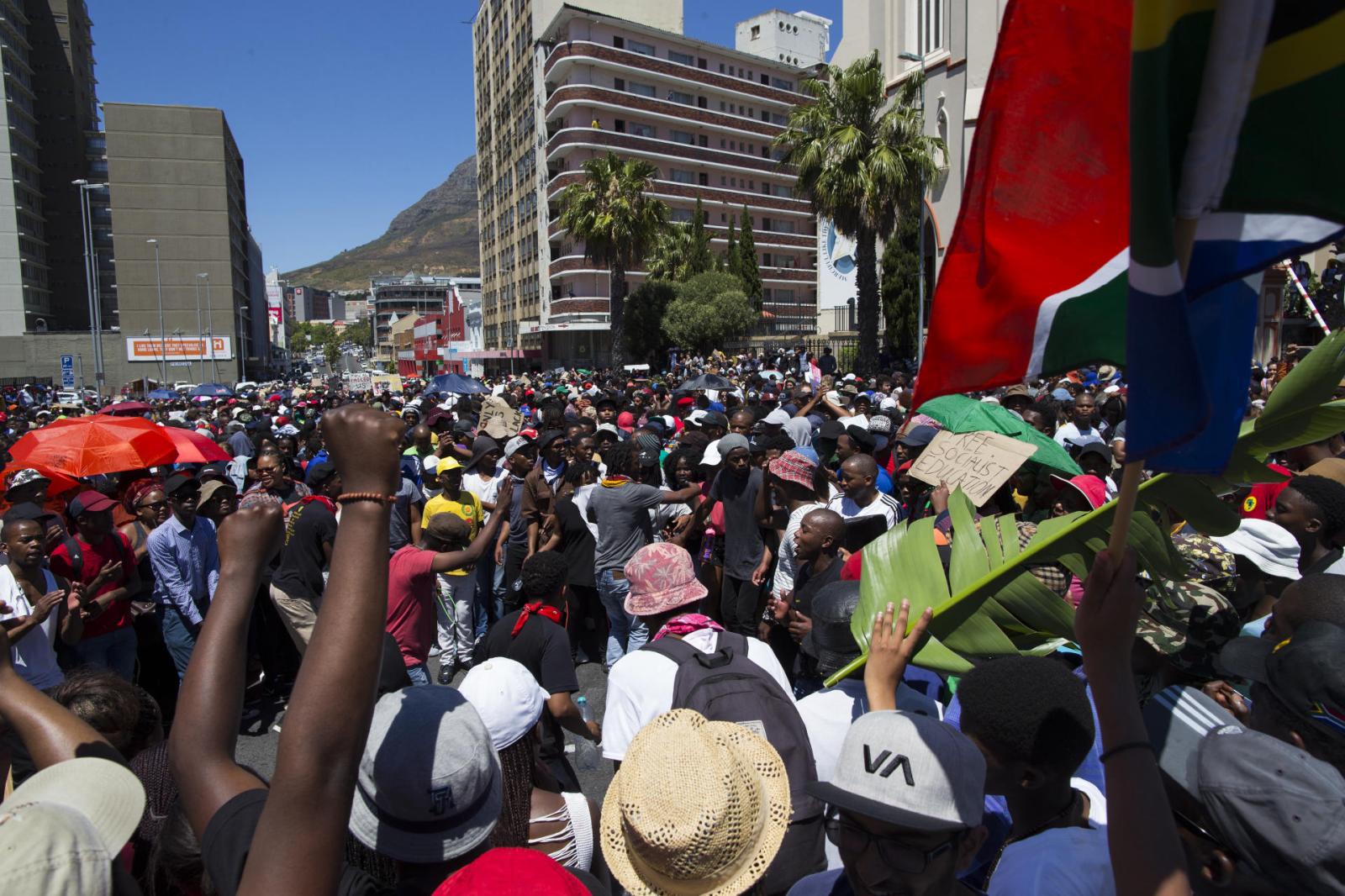 The National Assembly plenary sitting on Tuesday was the scene of a debate on the plight of #feesmustfall (FMF) activists, zoning in on the plea for a presidential pardon for all offences committed during the 2015 and 2016 #feesmustfall protests.

Addressing the National Assembly plenary sitting on Tuesday during the debate on the request for amnesty for #feesmustfall activists, EFF MP Mbuyiseni Ndlozi told Members of Parliament: “Had you come here to work, #feesmustfall would not have happened. Had you come here to become the parents whose role and responsibility is at all times to secure a future for the young, you would have known that you have to prepare universities so that they are accessible particularly for the black talented youth. Instead, you came here to sleep.”

Ndlozi said that the EFF is “calling for all charges and sentences against #feesmustfall activists to be dropped with immediate effect, particularly by the universities that have expelled all these activists, let all those expulsions fall. Allow the children to come back and focus on their studies”.

He said that opponents of amnesty spoke about the fundamentals of our Constitution, “but they deliberately ignore the hard truth, that all these rights were brought through by destruction of property, infringements of individual conveniences called rights”.

Several Members of Parliament voiced their opposition to the blanket amnesty requested by #feesmustfall activists and supported by the EFF.

DA (Democratic Alliance) MP Belinda Bozzoli said: “Many hundreds of violent students including #feesmustfall activists have undoubtedly broken the law. Over the past three years, violent and destructive students protests have cost the state at least R800-million.”

Speaking to the recent intervention and dialogue of the Ministry of Justice, Bozzoli said that “we now see the Minister of Justice being drawn into unseemly bargaining with students charged with serious crimes. We see a political party, itself still a glorified student movement to turn these students in martyrs”.

The EFF’s Yoliswa Yako, who was sworn in as a new Member of Parliament in the morning, accused the DA and ANC of colluding to destroy the futures of #feesmustfall activists. “Here we are talking about young people, individuals, and we will tell you their stories. We must all acknowledge their stories of heroes and heroines.”

Yako continued saying: “People who are accused of rape, murder and all sorts of serious crimes get bail, but students who protested against high fees, against exploitation of workers, against colonial education at white universities, rape culture and use of language to exclude and discriminate must either rot in jail or fight all the way to the highest court in the land to get bail.”

Inkatha Freedom Party spokesperson, Mkhuleko Hlengwa said: “We simply cannot ignore the millions of rands in damages to state-owned property which is in fact against the law.” Hlengwa went on to say that students need to understand that for every action, there is a reaction.

While most felt that students need to face the consequences for their actions, the EFF was not alone in the plea for some students being exempted.

After quoting Frantz Fanon, UDM MP Nqabayomzi Kwankwa said that each generation has its own struggles and that the #feesmustfall activists had found that free higher education in their lifetime was theirs. He said: “We cannot condone violence, that is a no-brainer. But we need to consider the context in which those acts of violence occurred.”

Kwankwa said that even though the UDM supports the call for pardons, it does not support a blanket approach.

This debate comes two weeks after Minister of Justice, Michael Masutha and FMF activists held a joint press conference following a meeting together. FMF activist Bonginkosi Education Khanyile communicated that the students were not pleased with the outcome of the meeting. DM