Baxter squabbles a leadership struggle by another name 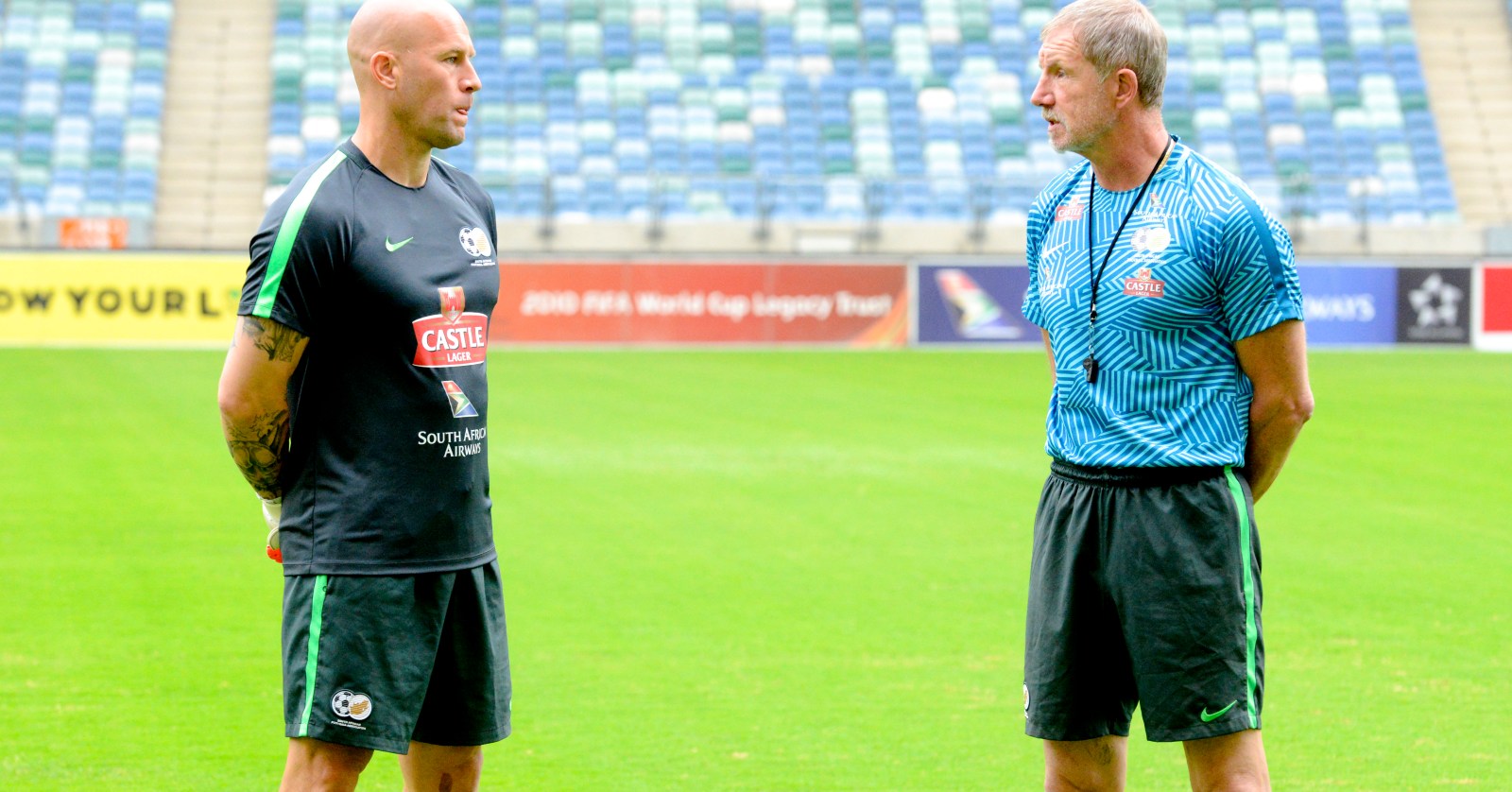 Bafana Bafana will head into the weekend’s Africa Cup of Nations qualifier against Libya having had to deal with another furore which could have been avoided, if only somebody showed some leadership.

Oh, for a Bafana Bafana fixture to go ahead without drama. South Africa head into their Africa Cup of Nations qualifier against Libya over the weekend with just a wisp of doom and gloom hanging over their heads.

The two sides will meet at 15:00 in Durban on Saturday, sitting in first and second place on Group E, both on three points, but Libya ahead on goal difference.

The lead-up to the fixture, though, has been marred by Stuart Baxter’s choice of (temporary) goalkeeping coach. Usual man Andre Arendse had to withdraw for family reasons and Baxter decided to rope in his son, Lee.

While the pair have a history of working together, and Lee has an impressive CV, the stopgap appointment has raised ire from all corners, much to Baxter’s surprise.

Speaking to the media earlier this week, the coach said his son was the “most qualified goalkeeping coach in the country”, pointing out that he currently consults with Kaizer Chiefs and works closely with South Africa’s first-choice stopper, Itumeleng Khune.

Baxter added that considering the short notice, he would be “surprised” if there was any sort of reaction.

“We don’t have time wandering around the country, interviewing people and bringing people in because there is no one – really – else that I have worked with.

“Now they’ve been good enough to do that. So, if anybody sees it as anything else than the best and most viable decision that we could make, then I would be massively surprised.

“It’s not as if I’ve run out and roped my son in the second he’s landed in this country. He’s been working with Chiefs and with SuperSport.

“And people maybe always will have opinions. And they don’t always have to be well-founded. Never let the truth get in the way of a good moan.”

The merits of “most qualified” have been heavily debated with many scribes pointing out candidates who are equally, if not more, qualified for a gig on short notice.

That Lee already has a working relationship with two of South Africa’s keepers is notable, but that Baxter thought there’d be no backlash is dumbfounding. In any other profession, this is called nepotism, no matter the qualifications of the person in question.

While it’s not the first instance of father and son pairing up in South African sport, it does raise some questions about what exactly the sport’s governing body is doing to implement high performance structures to get the national team performing at its best.

Here’s the thing. Baxter signed his contract with the South African Football Association in 2017. Since then, he has not settled on a permanent technical team, despite promises that these would happen “soon”.

In April, Safa technical director Neil Tovey was quoted as saying that they expected Baxter to have the issue finalised by September. Yes, this September we’re living in right now.

“As an association we will soon have a complete structure regarding our coaching structures. There are going to be matches played in a few months time and hopefully by then he (Baxter) would have finalised his technical team. But it is his decision who he wants to work with,” Tovey told TimesLIVE earlier in the year.

While all coaches should enjoy the luxury of flexibility, consistency is critical. But consistency is a group effort. Safa have been too busy fighting boardroom battles to organise the national team’s consistent friendlies to make these decisions easier. And in the absence of those fixtures, they have allowed the management structures to descend into a farce.

It all comes at the expense of the people who should matter most: the players. High performance can only come through consistency and clarity, both qualities that have long been absent for the national soccer team.

In the wake of the backlash, Safa have come out in support of Baxter, saying the coach has the right to appoint whomever he wants.

True as that might be, the sport’s governing body also has the right to hold the coach accountable for decisions they promised would be finalised months ago. DM