Things are gonna get better 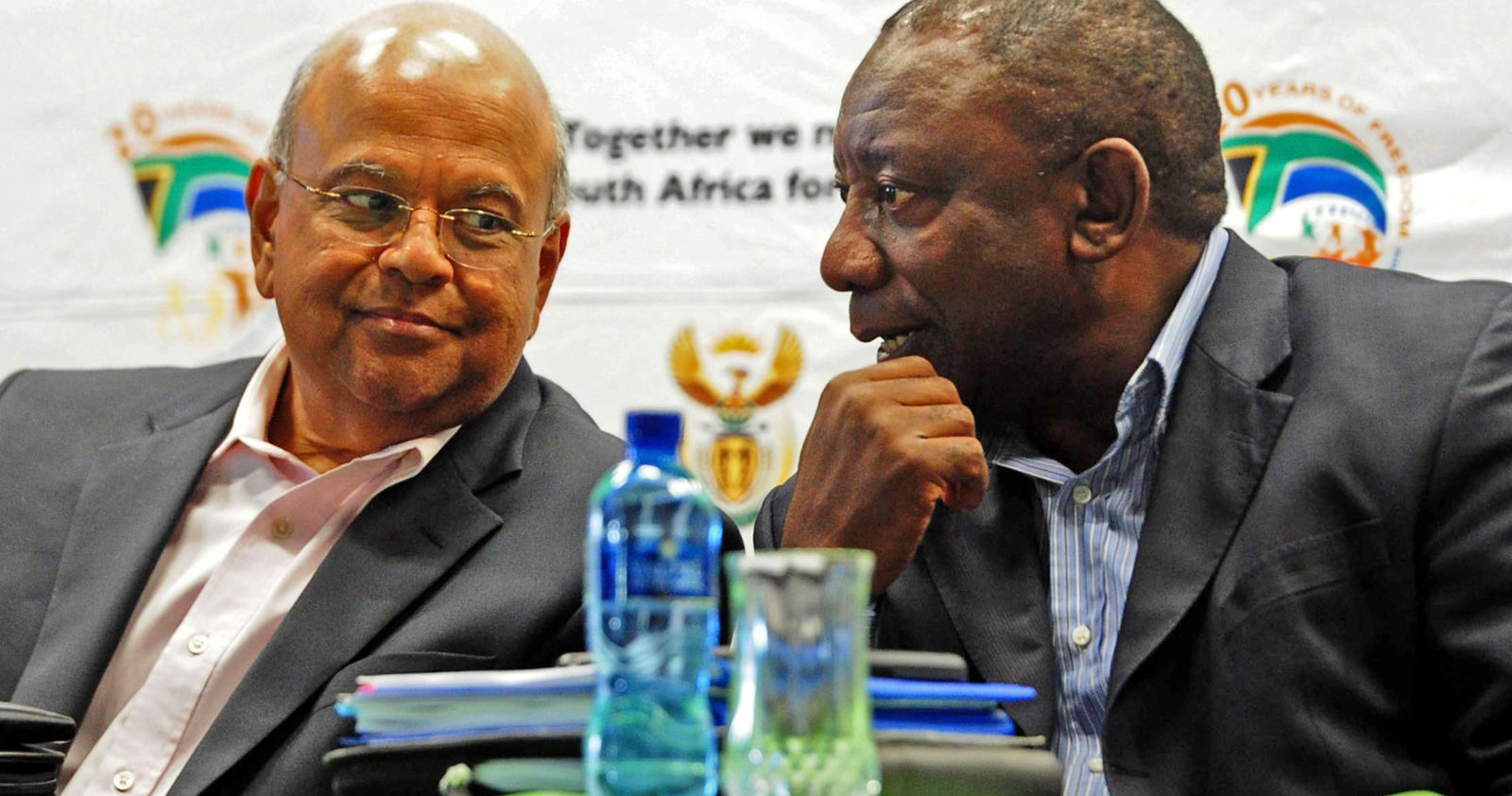 It is probably not controversial to say that many, probably most, South Africans are not feeling particularly optimistic at the moment. There were many, particularly in the middle classes, who felt that Cyril Ramaphosa’s election at Nasrec, and his subsequent ascension to the Presidency, would lead to happier and richer times. Instead, we have an official confirmation that our economy is in a recession, a spate of Eskom blackouts, high inflation, intensified racialised divide and inequality, and the highest petrol prices ever. It is enough to make some despair, others to leave, and still others to long for their place in a black hole. But before making any rash decisions, or just simply giving up, it is probably worth examining what are the structural reasons for this particular feeling.

(Warning: such an examination may suggest there is much room for optimism.)

Towards the end of 2017, our politics, and the economics which was expected to follow, was seen by many as a zero sum game. If Nkosazana Dlamini Zuma won at Nasrec, the chaos and turmoil created by nine years of Jacob Zuma would continue. If Ramaphosa won, went the proverbial wisdom (and most of the media analyses that were published, including by this reporter in this publication), then things would be much better. In fact, then, many of our problems would have been behind us by now. With Zuma gone, we would automatically have proper governance, the lunacy that we have felt over the last 10 years or so would be erased, overnight there would be proper economic policy, and thus we would quickly start to feel richer and happier.

In the end, Ramaphosa didn’t necessarily win at Nasrec. The scrambled result of the ANC’s 54th elective conference, which almost no one foresaw, constrained the newly minted ruling party president in a sort of straitjacket, making it difficult for him to act with the vigour SA’s situation desperately needs. And while it was perhaps foreseeable at the time, markets, investors, house prices, and business generally were suddenly caught by a massive surprise; that the ANC’s conference resolved to expropriate land without compensation. If this had been a straight Ramaphosa victory, and if the forces of the KwaZulu-Natal ANC had not been strong enough to almost force the land resolution upon him, then the picture would probably be quite different.

With that as the factual backdrop then, what does this mean for the near future?

In a way, our economy comes back to two of the biggest questions of the year: is Ramaphosa slowly consolidating power within the ANC, and what will happen to the land debate.

As you may know if you read Daily Maverick on a regular basis, the answer to the first question is, most likely, on the balance of evidence available. The answer to the second is much harder to predict. The key to it all is lowering of the political temperature around land. At the moment of writing, that appears to be happening, but it could virtually change any moment from now.

Then there is another aspect which, with hindsight, is easier to see. During the Zuma years, and perhaps because of what went before, the governance cratered to the depths previously unseen in the democratic South Africa, ably aided by much theft and looting as well. Thanks to the change on top of the country and in the security cluster, we are only able to see the true picture now. In other words, it is only just after the misgovernance stops that you feel its full cumulative effect, which can sometimes feel soul-destroying. Even if no new mistakes were made, it would take any new administration a long time to start mitigating the impact of the years of corruption. This should not be forgotten by those who try to claim, oddly, that our current trouble is all Ramaphosa’s fault.

It is also important to contextualise this in a greater picture. After the global financial crisis that followed the crash of 2008, most people in the middle classes in Europe and the US probably got poorer. It was an era in which many people there found themselves unable to ever ask for more money. But here, the middle classes, those with skills at least, were able to ask for above-inflation increases for all these years. The impact of this meant that they may well have felt richer by the middle of 2015 than they would have in Europe and the US. But all of this changed quite dramatically after Nhlanhla Nene’s sacking. While the writing was on the wall for the economy before December 2015, it had not yet been felt. Zuma’s removal of Nene changed everything, causing an impact that was certainly felt by many people. The turmoil that followed, the downgrades, the Rand meltdown, etc obviously made all of this worse.

Then, after Ramaphosa’s victory of sorts at Nasrec, something else appears to have happened. Since at least 2007, but really before that, the main burning questions in society were around Zuma. Now, he is gone, and as a result the issues we should have been discussing all along, how to grow the economy, decrease inequality, and distribute the land more fairly, are now bursting forth into public debate. These issues are obviously scary for many South Africans, because they tug at the very structure of our society.

(That said, it is still important, in a democracy such as ours, to remember that they can be discussed in public, and everyone knows where they are.)

The importance of making these particular points is that it is unlikely to feel this depressing forever. Already, there are some (very early) signs that the temperature around the land debate may be lowering. The feeling of growing poorer can also be reversed within the next few years, if direction (a fancy word for “leadership”) is injected into the real debates, the ones that matter. Again, if Ramaphosa and those who support him are able to take firm control within the ANC, there is a strong chance that this will happen.

When Ramaphosa was running for office, he would refer to a “social pact” between business, government and labour. This appears to be missing from his current public statements. However, just because there is no public face of it doesn’t mean that nothing is happening. There is so much at stake for the leaders of all of these constituencies that the real negotiation around this “pact” could never happen in public. It would have to happen behind closed doors, with the final agreement being revealed in a very real “voila moment”. But this is surely key to Ramaphosa’s plans, and questions around whether the economy will actually start moving.

In the meantime, Ramaphosa would be well advised to use this particular crisis to reform the state. The Minister of Public Service and Administration, Ayanda Dlodlo has told Mail and Guardian that if there is no proper reform, “our people will vote us out of power”. It was a response to the claim from unionists that their members will not vote for the ANC if government goes through with alleged plans to lay off 30,000 government workers. But for Ramaphosa, this is surely the perfect moment to do that. Cosatu is weak, the SACP is not what it was, the economic crisis is great and government has no money. All these would allow him space to make major changes to government with a huge impact that could last for literally generations. There may also be enough space for him to do something many economists have called for, for years – to privatise parts of government that are not necessarily fulfilling their function now. Again, this crisis is too good a once-in-a-lifetime opportunity to miss.

There may well be many people who believe that the turning point for the country was going to be the Nasrec conference. At the time, it certainly felt like it. But there is actually much more political noise to come. There is, in case you’d forgotten, an election in 2019. It will be, even by our standards, a loud one. At the end of it, most forecasts suggest Ramaphosa will come out with a majority, and a mandate of his own. That alone will give him more freedom in which to move, and a chance to recast government and how it functions. It is after those polls that we are likely to see real changes to start to happen. Those changes, on balance, are much more likely to be positive than negative.

So yes, it is human and correct to be worried and possibly even scared. But South Africa is not always going to feel like this. There should be an end-date to the noise that we are hearing. And after that, things should start looking up. DM