The secret weapon of Maiden’s Cove for all 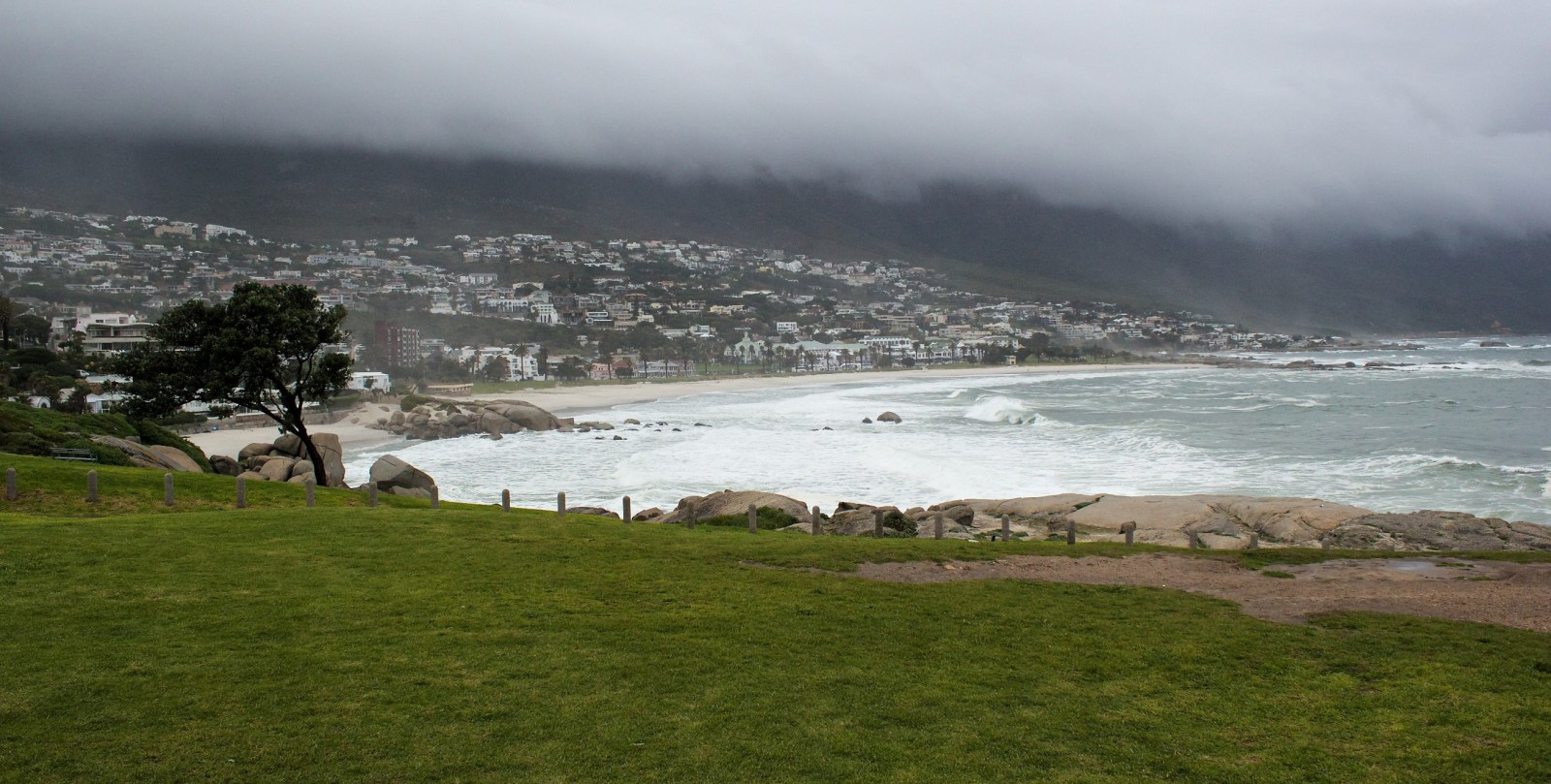 On Monday 24 September 2018, Heritage Day, Cape Town will have a new kind of protest – it won’t be burning tyres or handing over a petition, it will be creating a tafel at a bring-and-share picnic and braai. The place will be Maiden’s Cove, a precious heritage site now threatened with crass money-making development by the very body that should be its protector, the Cape Town City Council.

So, when the protector has become the predator, we will be saying: Hands Around Maiden’s Cove, we will protect you.

Let me declare an interest. I will be there with my wife Vanessa September, who remembers taking her mother there to bathe her arthritic knees in the tidal pool. Vanessa is chairperson of Maiden’s Cove for All (MCA). I am a patron of the MCA which was recently admitted to intervene in the case brought by the Clifton Bungalow Owners Association in the Western Cape High Court to oppose the development.

Our intervention introduces new voices, broadens the argument against the development and asks for a more sweeping remedy. The issue raises fundamental questions of how local government should function in relation to green public open space of special heritage importance. It also puts in issue the whole manner in which privatising this precious land for the benefit of the privileged minority further robs the majority of the people of their right of access to beauty.

To begin with, heritage protection involves much more than simply looking after historic buildings, ancient battlegrounds and threatened fynbos. In our country, there are many natural physical features that have intense heritage significance. These include rivers, rocks, caves, pools, trees and even mountains. Community usage over long periods of time has invested these features with great historic, sometimes even spiritual, meaning.

The use of Maiden’s Cove is one such example. It has become more than just a public scenic reserve that has had formal legal protected status for seven decades. In the long years when apartheid reserved the white sands of Clifton and Camps Bay for white people only, persons classified as Non-European were told they could go to the less hospitable boulders and rocky pools of Maiden’s Cove. And this was how over the years generations made this wild and unmanicured location a distinctive and specially loved place of their own.

Families from the Bo-Kaap walked over the Nek down the Glen to the one spot where they could have undisturbed access to the sea. Families from the Cape Flats came in taxis and bakkies with whatever picnic fare they could muster. During the height of the resistance to apartheid, when schools would be closed, a valedictory end-of-year ceremony would be held at Maiden’s Cove.

Now, choosing to ignore this special history, the city has taken the initiative to sell off and lease a major portion of this land to private developers. The specifications in its detailed plan call for the construction of extensive high-end accommodation for what will be overwhelmingly white families. They also include the building of a retail sector that will be larger than Checkers in Sea Point.

The result: the privatisation and banalisation of beautiful open public space, frequented by people from all over the city, as well as by tourists from all over the world, all drawn there by the wish to experience the sensation of having the mountain behind their back while they gaze out to the endless sea.

The whole character of the area will be changed. The historic and current users of Maiden’s Cove will discover that their parking area is gone. They will have a drop-off point only, and have either to take public transport or else find parking in the expensive parking garage to be built.

When they then lay out their things for their picnic they will feel they are being peered upon by the wealthy homeowners living on the very site where their transport used to be. And to make matters worse, the council will outsource its responsibilities for managing the area to the residents’ association. The interests of the latter will be to have as much undisturbed peace and quiet as possible. No noise. No smoke, no smell of roasting fish from braais. No exuberant cries from children. We live here, you are just visitors. Know your place.

What is at stake here are two completely different views of the council’s powers and responsibilities. The council sees Maiden’s Cove as unproductive land that could be converted into an economically active zone to bring in quick revenue to the city. It justifies the project by saying that 10% of the revenue would be set aside for the development of affordable housing in central areas of the city.

MCA believes, however, that the constitution and the law place five insurmountable barriers to the realisation of the council’s project.

First, the council does not have a free hand to apply ordinary commercial considerations to the sale of a public open space of great meaning to Capetonians and visitors as a whole, and to historic and current users. In particular, it is legally bound by the principle of public trust to conserve the area for the use and enjoyment of present day and future generations.

Second, the council has no legal right to itself devise and impose a detailed commercial plan on the public, and then inform the public that it invites comments on the details. In doing so, it put the cart before the horse.

To make matters worse, instead of getting clear planning approval in advance from the heritage authorities, as well as from other relevant bodies, the council has said it would give power of attorney to the successful bidder to make the necessary applications for approval – to itself! Everything has been back to front. If it is possible in a single project to put a cart before the horse twice, then the council has succeeded in doing so.

From the start, the council should have collaborated with all relevant heritage authorities and only after that had been done should it then have invited proposals from the public as to how the land should best be used. Instead, it chose to impose its own view on the public.

Third, the actual consultations which the council did have with the public on the details of its pre-determined scheme were not only formal and perfunctory, they were unbalanced and inadequate. Thus the council engaged directly and with great particularity with those responsible for managing the tennis clubs and the bowling greens, and assured them that their interests would be fully protected. Nothing wrong with that.

But, the council took no meaningful steps at all to engage with the communities that historically had been the principal users of Maiden’s Cove. On the contrary, at some stage after its last public consultation had been held, it actually inflicted great damage on Maiden’s Cove users and did so without any consultation with them: it unilaterally decided to give over their parking area completely to the development of private accommodation. To our knowledge, no direct consultations were sought with the traditional users of Maiden’s Cove; no notices were put up on the site inviting participation and comments. In our new democratic South Africa, no-one should be invisible.

Fourth, our law on coastal management makes it very clear that all public authorities are under a duty to enhance and not to restrict public access to the sea.

Finally, far from fulfilling its constitutional obligation to heal the divisions of the past, the council has embarked on a venture that will further entrench de facto racial spatial apartheid. The sections of the community already privileged by apartheid will inevitably be the people who will colonise one of the few remaining coastal beauty spots in this part of the Peninsula. Our divided city will become even more divided. Access to nature’s beauty will once more be captured.

So, watch out, city! We have a secret weapon… our tafel, laden with bring-and-share kos for all. And while we Capetonians are longing for bad weather and rain, we hope for sunshine to break through the clouds on Heritage Day, so that we can gather in numbers to Hold Hands Around Maiden’s Cove. DM

Albie Sachs is a former Constitutional Court judge and and an architect of the Constitution of South Africa.