South Sudan can learn from Liberia’s road to peace 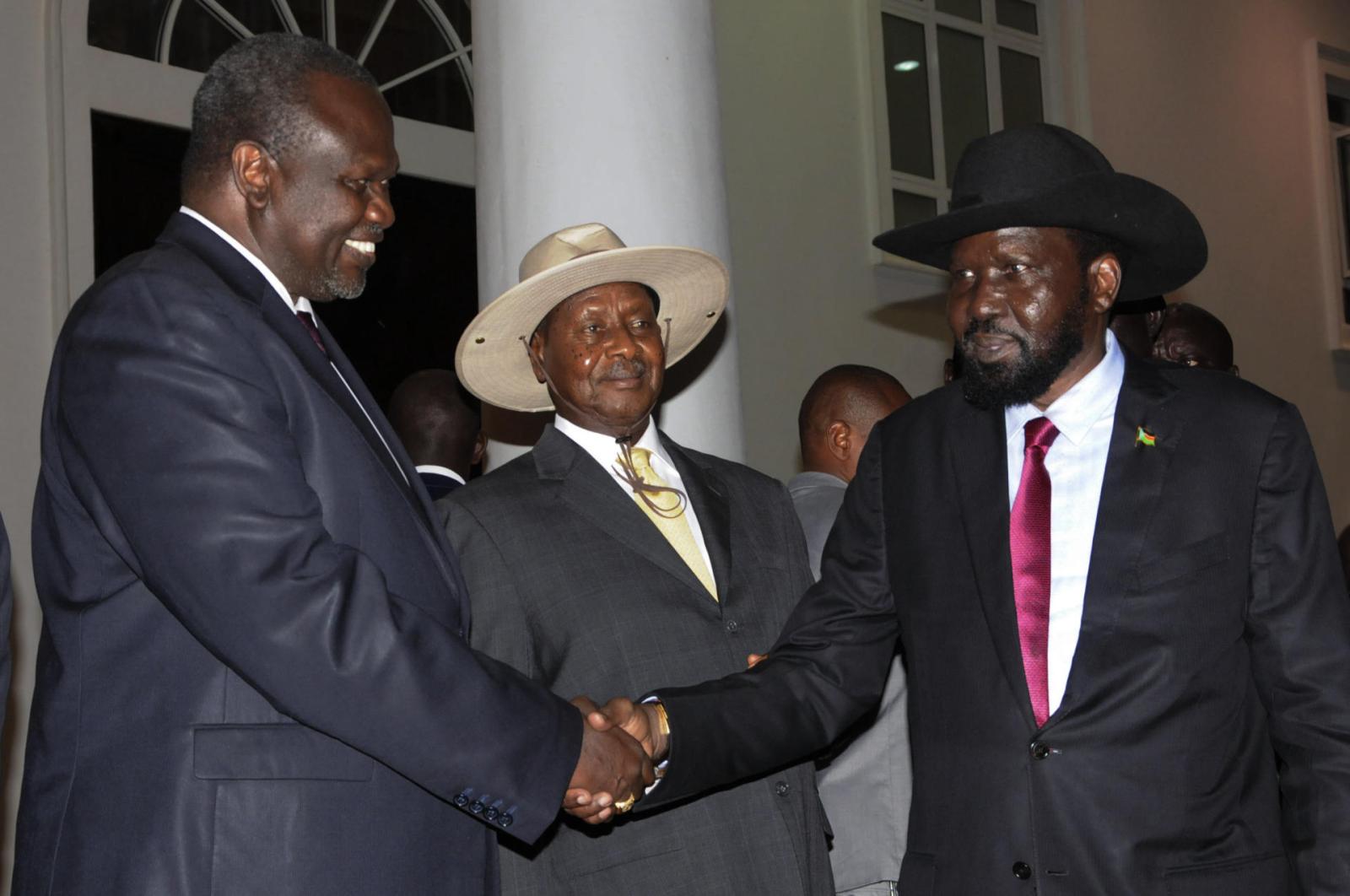 With Ugandan President Yoweri Museveni (C) between them, the President of South Sudan Salva Kiir (R) and the rebel leader Riek Machar (L) shake hands after their meeting in Kampala, Uganda, 07 July 2018. EPA-EFE/STR

From mediation to institution building, peace processes must reflect the needs of all sectors of society. By Liezelle Kumalo

Peace is not just about restoring stability after violence. It is also about investing in the structures and institutions that will ensure peaceful, inclusive and just societies, as new ISS research shows.

The United Nations’ “sustaining peace” agenda recognises that peace is a process that builds a common vision of society that ensures all segments of the population’s needs are considered. This inclusivity is both an objective and a principle.

Inclusivity is defined as the extent to which the views and needs of parties to the conflict and other stakeholders are represented, heard and integrated into peace processes. It is important throughout the peace process – from mediation to institution building.

Peace efforts often recreate the same elite hegemonies that formed the basis of the very conflicts they sought to eradicate. Building peaceful societies must go beyond supporting government actors to looking at power dynamics and addressing them. This ensures that trusting relationships between states and citizens are established.

Liberia and South Sudan represent interesting comparisons of inclusivity in practice. Liberia’s mediation process ended the conflict in 2003 through the Accra Peace Agreement.

The agreement provided for power sharing among warring factions, political parties and civil society. All sectors of society were represented in Gyude Bryant’s Transitional Government of Liberia and because they were accommodated in the short term, had no incentive to continue fighting.

However, in South Sudan inclusivity is proving problematic as mediators are scrambling with a plethora of new actors who demand to be included in the peace processes. Although the latest peace deal signed in Khartoum in August included women’s groups, previous peace deals did not involve a wide range of actors – focusing instead on President Salva Kiir Mayardit and former vice president Riek Machar.

Subsequent efforts have been made to incorporate more actors. This includes refugees although their contribution has been limited to chance meetings with those involved in negotiations. They should be represented at the formal peace tables by at least two delegates. Bringing excluded groups into formal peace processes can contribute to long-lasting peace.

The security sector is another area where inclusivity is important. This can be achieved through a demobilisation process that should be community-oriented rather than combatant-focused. Demobilisation programmes involve disarming ex-combatants with the aim of reducing security risks for civilians, and forming a democratic security governance structure.

Liberia’s security sector reform tried to address its underlying power dynamics and inequalities. The defence force was restructured, with the entire armed forces of Liberia disbanded. It is estimated that over 101 000 people were demobilised with 98,000 reintegrated into society by 2009, including 22,300 women and 11,700 children.

In South Sudan, stakeholders were unable to even agree on the objectives of security reform before the outbreak of conflict in 2013. South Sudan’s demobilisation process was aimed at reducing the size of the Sudan People’s Liberation Army and helping ex-combatants return to civilian life.

However, only 13% of combatants entered the demobilisation process. A significant proportion, almost 90%, of those who did enter were technically ineligible and reintegration was ineffective. So confidence in South Sudan’s security institutions among the people and international community remains elusive, and impunity continues.

What lessons can be learnt from Liberia and South Sudan regarding inclusivity? First, because peacebuilding is non-linear, having a greater portion of society participating will ensure efficient and effective peace programmes. All peace activities must be inclusive. From mediation to reforms and nation-building, it’s important to understand the incentives that drive elites as well as the local context.

Second, for peace to be sustainable, its political aspects cannot be ignored. Power dynamics within the country will determine the level of inclusivity in peace processes. Mapping and analysing power structures should involve a wide variety of local and national stakeholders. This will ensure that planning keeps a long-term perspective and respect for people and communities.

Third, considering that conflict takes place at a local level, communities must be widely consulted and peace initiatives should draw on what is already working.

Finally, organisations like the United Nations, African Union and Regional Economic Communities and Mechanisms must continue to focus on inclusivity. They need to ensure that technical programming is linked to inclusive political aims, in a coordinated and holistic approach.

Liberia is a good example for South Sudan of what inclusivity can achieve in establishing peace. Many challenges have been overcome to cement Liberia’s peace gains and this is through the involvement of communities and under-represented groups.

The new peace deal for South Sudan can be strengthened through greater inclusivity and understanding of the local context. DM