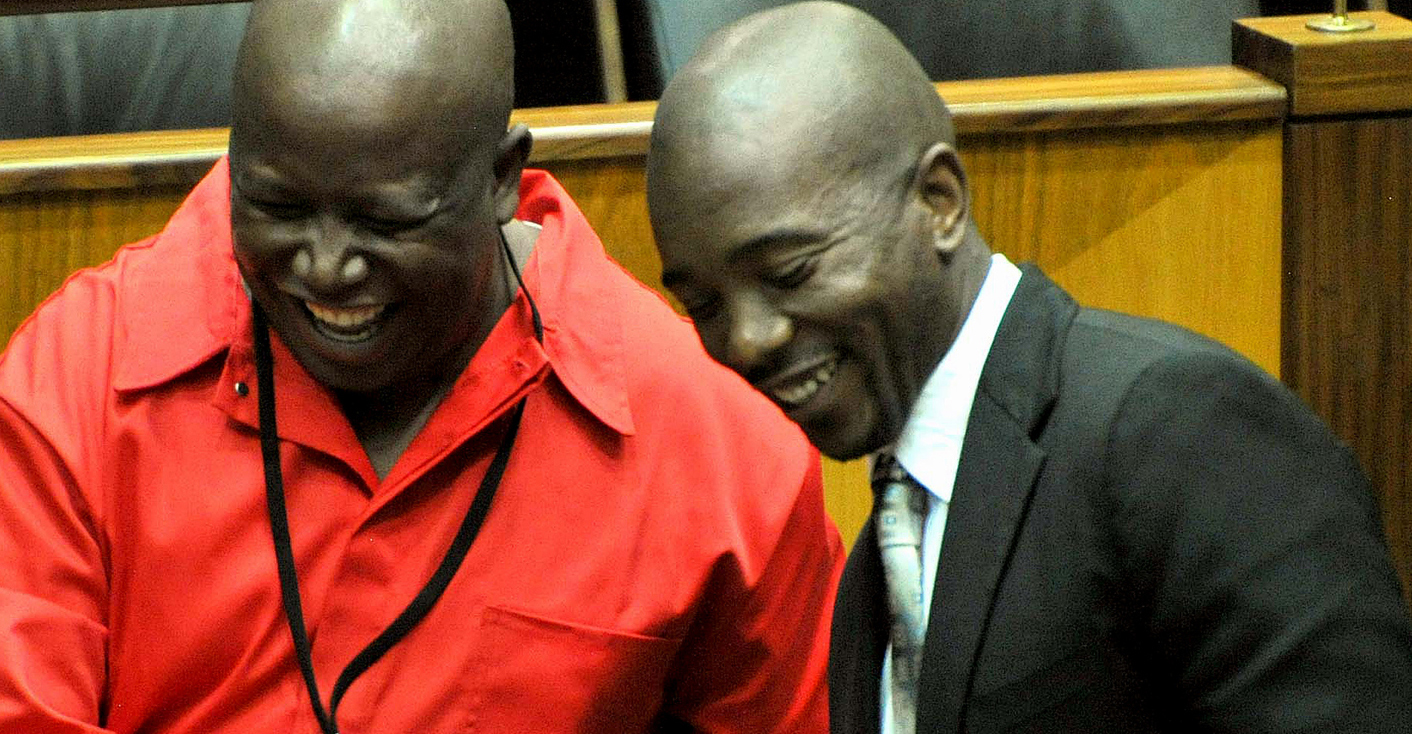 DA Nelson Mandela Bay mayor Athol Trollip is out, for now. The party’s Tshwane mayor Solly Msimanga faces a no-confidence vote on Thursday. Political parties are gearing up for 2019 and the municipal coalition governments are a key battleground. Only voters will be able to determine who is right in the latest round of chaos.

In separate press conferences, the DA on Tuesday outlined its successes in Nelson Mandela Bay and Tshwane. The party took over both cities through coalitions in 2016 and, according to its own account, has seen impressive results.

Around 60% of the incidence of bucket toilets has been reduced. The city has reached its best financial position in 10 years and R615-million in contracts suspected to have been corrupt have been cancelled. Nelson Mandela Bay’s integrated public transport system is finally operating and the numbers of expanded public works programme (EPWP) jobs created have tripled annually.

Speaking in Tshwane, the DA’s Executive Mayor Solly Msimanga said the municipality’s R2-billion deficit has been eradicated and finances stabilised. He said further billions had been saved by cancelling contracts suspected of being corrupt.

The infrastructure maintenance budget has increased, the EPWP has been reformed to avoid cronyism, and the use of blue-light vehicles by council leaders has been banned.

Both DA-led administrations claim to have made vast improvements since they inherited the former ANC municipalities, but Trollip’s administration was voted out of government by opposition councillors on Monday, although a legal challenge is pending.

There have been a number of allegations of maladministration, but most of the motivation for removing the DA mayors relates to difficulties in coalition governance, the upcoming 2019 elections, calls for transformation, and allegations of arrogance and racism within the DA.

Trollip wants to challenge the process of his removal in court, but his coalition struggled to maintain its majority since the UDM left after its former deputy mayor, the UDM’s Mongameli Bobani, was pushed out on allegations of voting with the opposition and of maladministration.

It was only a matter of time until the EFF, whose support the DA previously didn’t need in the Bay, joined forces with the ANC and other parties to challenge Trollip and the party’s “white arrogance”. The slur is hard to confirm but resonates with voters and has particular relevance ahead of the 2019 elections.

Msimanga’s case is more complicated. EFF leader Julius Malema respected him more than the DA’s Johannesburg candidate, Herman Mashaba, going into the 2016 elections, but that’s since soured. The Tshwane administration was recently exposed for appointing two officials, seen as close to the mayor, without the relevant qualifications.

Then there’s the GladAfrica issue. Against advice, the City of Tshwane allegedly appointed the company to manage all of its infrastructure projects, which could cost up to R12-billion (the city on Tuesday said GladAfrica has been paid almost R550-million in the last 10 months for two contracts).

The EFF, which the DA relies on for support in Tshwane, didn’t take issue with Msimanga’s investigation into the GladAfrica deal but has focused on the mayor’s call to suspend city manager Moeketsi Mosola during the inquiry. Malema described it as scapegoating and a reprisal for Mosola allegedly outing the unqualified officials.

“What happened to Trollip is going to happen to Solly Msimanga,” said Malema in a Tuesday press conference.

“Coalitions can work. It is possible for coalitions to work. It is the problem with the DA arrogance, the same thing with the ANC,” Malema continued, accusing Msimanga of being beholden to white DA leaders.

Maimane on Tuesday simplified the chaos in the councils as a choice between good governance and corruption, between the DA-led coalitions and the recent alignments between the ANC and EFF, between principles and identity politics.

“My only conclusion can be that perhaps [the EFF’s] opposition was only to Jacob Zuma and now that Cyril Ramaphosa is back they feel that their faction has won and will continue to become the military wing of the ANC,” said Maimane.

“In Tshwane, we have a simple view: Solly has done his job. If the EFF wants to sponsor a view that they want to reinsert the ANC then let that be the view, but from where we sit we will always keep the view that we will work for the people,” said Maimane.

Msimanga suggested he was being targeted for tackling corruption and being named as the DA’s Gauteng premier candidate for 2019.

“I think Thursday’s motion of no confidence in me is implacably unexplainable, if I may call it that,” he said.

“Serious questions need to be asked about the sponsors of the motion appreciating that no one is being accused of anything,” said Msimanga.

“Obviously you become a target when you are poised to rattle a few cages. My standing as a premier candidate, not only does it affect the ANC in Tshwane, it affects the ANC in the whole of Gauteng. Therefore, I will become target number one. This comes as no surprise,” the mayor continued.

The EFF, which will have the deciding vote on Thursday, said it would consider a different mayoral candidate from any party that can provide one. The DA said it will only offer Msimanga, which the EFF is rejecting. The ANC has put forward regional leader Kgosi Maepa, which choice Malema said he needs more information about.

Both the ANC and EFF are tabling no confidence motions on Thursday. Msimanga’s chances look slim, but he could survive if the two parties don’t agree to support either motion, the DA somehow manages to win over the EFF, or the ANC and EFF fail to agree on a suitable leader for Tshwane.

The EFF was criticised by its supporters for supporting DA governments in Tshwane and Johannesburg. It may have credible reasons for wanting to remove the DA mayors – Johannesburg’s Mashaba is safe for now because he consults and listens to EFF policy proposals, said Malema.

Crucially, however, the fighters need to make inroads ahead of the elections and cannot let perceptions that it backs a “white party” stand.

It matters little whether the DA’s list of achievements in government are accurate. The realities of coalition rule and necessities of upcoming elections are what determines mayors and mayoral committees. After that, it’s up to the voter to decide. DM