The IEC’s voter address problem in an age of coalitions 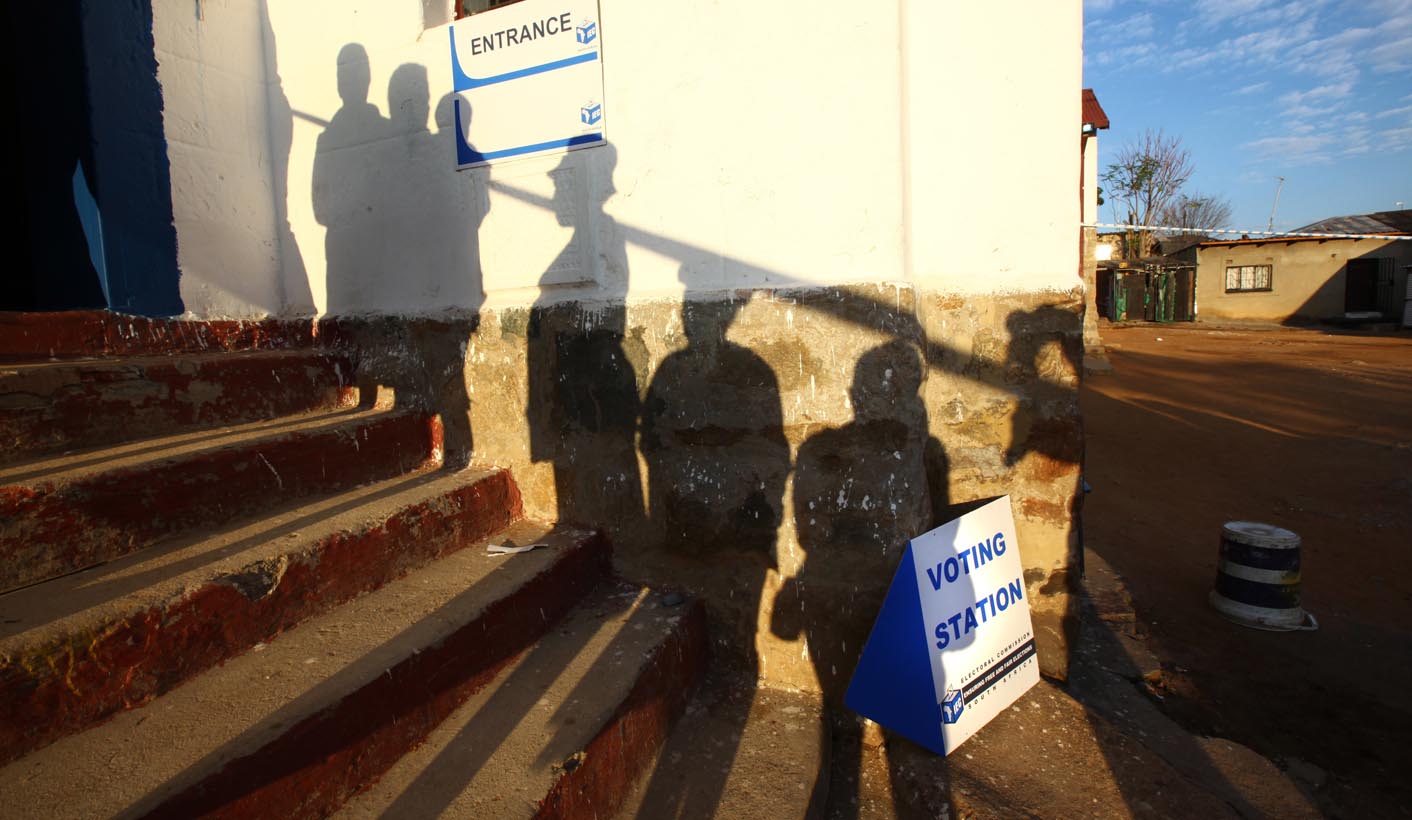 As South Africa’s elections become more contested and we enter the era of coalition governments, every voter counts and so does where they live. But millions of South Africans who vote do not have a valid address and the Constitutional Court has ruled that the IEC must fix this. On Wednesday that case is in court and the DA and IFP are opposing a request by the IEC to extend its deadline for recording voters’ addresses.

There was a time when outcomes were so predictable it would have taken “extraordinary effort” to commit voter fraud that would turn the tables in elections but as the electoral contest hots up, the need for verified addresses is more important.

Now, says the DA’s Mike Moriarty, a single seat may determine who governs a province. “And the way that the seats are calculated, it can be as little as a few thousand votes here or there that would determine whether or not a seat would go to the DA as opposed to the ANC or vice versa.”

In this context, the DA argues, voters’ addresses don’t only matter in local government elections, and it is among the reasons why the party is opposing the Electoral Commission of South Africa’s (IEC) application to the Constitutional Court for an extension of its 30 June deadline for recording registered voters’ addresses on the voters’ roll. If granted in full, the extension to 29 November 2019 would mean that the address issue would only be resolved after the 2019 elections.

In court papers, the IEC says 3.4 million voters’ addresses were considered incomplete or generic as at 8 May. For a further 2.2-million, no addresses had been recorded at the time.

The function of addresses on the voters’ roll is to place voters within particular voting districts – the geographic units that make up wards – and to ultimately ensure that they vote in the correct ward or province, depending on the type of election.

Before December 2003, the IEC was not required to record voters’ addresses. An amendment to the Electoral Act, which was prompted by political parties’ desire to have access to voters’ addresses for campaigning purposes, changed that.

In an interview, Granville Abrahams, the IEC’s senior manager for electoral matters, says: “Up until then we had elections and we had high turn-outs and (they were) declared free and fair and elections weren’t contested.”

But the voters’ roll came under scrutiny because of incidents where voters were bused in to vote in incorrect wards “mainly in by-elections in KwaZulu-Natal”.

Independent candidates in Tlokwe challenged the validity of municipal by-elections held in 2013 in court, based on the absence of addresses on the voters’ roll.

The case found its way to the ConCourt, which ruled that the IEC did, in fact, have an obligation to record addresses with effect from 17 December 2003. It gave the IEC until 30 June this year to comply.

Between March 2016 and May this year, the proportion of complete addresses on the voters’ roll increased from 34% to 72%.

Of the registered voters without addresses, close to 1.3-million are post-December 2003 cases.

If the IEC had to record addresses from 2003, why were there still more than a million post-December 2003 registered voters without addresses in May 2018?

Abrahams says in some instances it was the result of “staff training issues”.

In others, the hard copies of registration forms were damaged before the information could be digitally captured. “In the beginning there were long delays – sometimes up to two years – in marrying the paper to the data.

“We’ve had cases of flooding … We’ve had rats and moles in warehouses that seemed to have an appetite for registration forms.”

It also happened that the bar-coded sticker on the registration form faded to the point where the form could not be matched to the voters’ details on the voters’ roll. This has since been fixed, Abrahams says.

“For the post-2003 (voters without addresses), we’ve got about 900,000 (possible) addresses. I can put that in tomorrow and say: problem solved. We got them from other government sources (such as the Department of Home Affairs and Telkom). However, we can’t just put an address (in there) …

“The address that we have for you – I don’t know how old that address is,” he says.

It is sometimes not possible to place a voter within a voting district despite having an address because an entire street might be geolocated with the same latitude and longitude based on its midpoint. “If I only have a geometric centre, I can’t accept the address because I don’t know whether it is (inside or outside the voting district).”

It would then be possible to use tools like Google Street View to try and locate the street numbers. This is among the work done by the IEC’s geographical information systems (GIS) operators.

In the case of the 1.3-million voters, the IEC obtained cell numbers and email addresses for them and asked them to update their address details on the IEC app.

“This is the perception out there – why don’t you just SMS the people and ask them to give you (their addresses)? This method is already so saturated (because of unsolicited emails/SMSes),” according to Abrahams.

Another deterrent to voters’ participation in the IEC’s address harvesting efforts is the cost of data.

Going forward, the IEC plans to use new registration technology to address a number of challenges.

“At the point of interaction (when you register to vote) we want to say: ‘Is the person a South African citizen?’ At the point of interaction we want to get your address and be able to place your address and get latitude and longitude coordinates for that address. Whether it’s a formal address or a hut on a hill – we want to plot you through the use of a map. We also want to update the voters’ roll immediately and you (will) get notified immediately.”

The plan is to have this technology in place by the next voter registration weekend, ahead of the 2019 elections.

But, he says, citizens don’t have to wait for this technology. It is currently possible to verify your address details via the IEC website or app.

Abrahams thinks the IEC would be able to “solve” many of the incomplete addresses. An example would be a case where someone forgot to indicate the suburb when filling out the registration form. “It requires time to get a resource to sit behind a desk, look at the address and say: ‘I know this area – that is the address’.”

The IEC has doubled the number of GIS operators to 14 to do this kind of desktop-based detective work.

Their work is complicated by factors such as street name changes, human error (there are “57 ways of spelling Cape Town” in the IEC’s database) and practices such as the resident of an informal settlement who might take their house number with them when they move.

Ultimately, the problem as Abrahams sees it, is the absence of a uniform South African address standard and a complete national database of geolocated addresses, which is forcing the IEC to do work that is “outside of our mandate”.

Take the example of a small village without street names, which Google Street View has not reached. “It may just be a stand and a house number. And this house number may even be an erf number. For the purposes down there, that is an address. But how do we know that? Because we need to know: for that specific area, that is the standard. And there is no (basis) for the country to say: in this area, I have this address standard.”

The added complication for the IEC is that an address might not be sufficient. The IEC needs geolocated data – with latitude and longitude – to enable it to place a voter within a particular voting district.

In the case of a flat or complex, for example, you might find that the voter indicates their address as the unit number and the complex name, whereas the address that would allow geolocation is the street name and number of the complex.

“Based on information from departments that work extensively with (address) data – ourselves, StatsSA, even Eskom, Telkom – our estimate is that about 45% of dwellings are geocoded. So only for 45% of dwellings am I able to give you latitudes and longitudes or a rooftop pinpoint,” says Abrahams.

“What the country really needs is conformity – and (for) all addresses to be geolocatable … Ideally, you should just be able to give us an address and we should be finding you. But we are now creating national address data for this country and it is not our responsibility.”

Whose responsibility is it? According to Abrahams, the South African Post Office should be assigning geolocated addresses. “But even when the Post Office assigns addresses, people don’t necessarily use these.”DM