The land question is also about political belonging 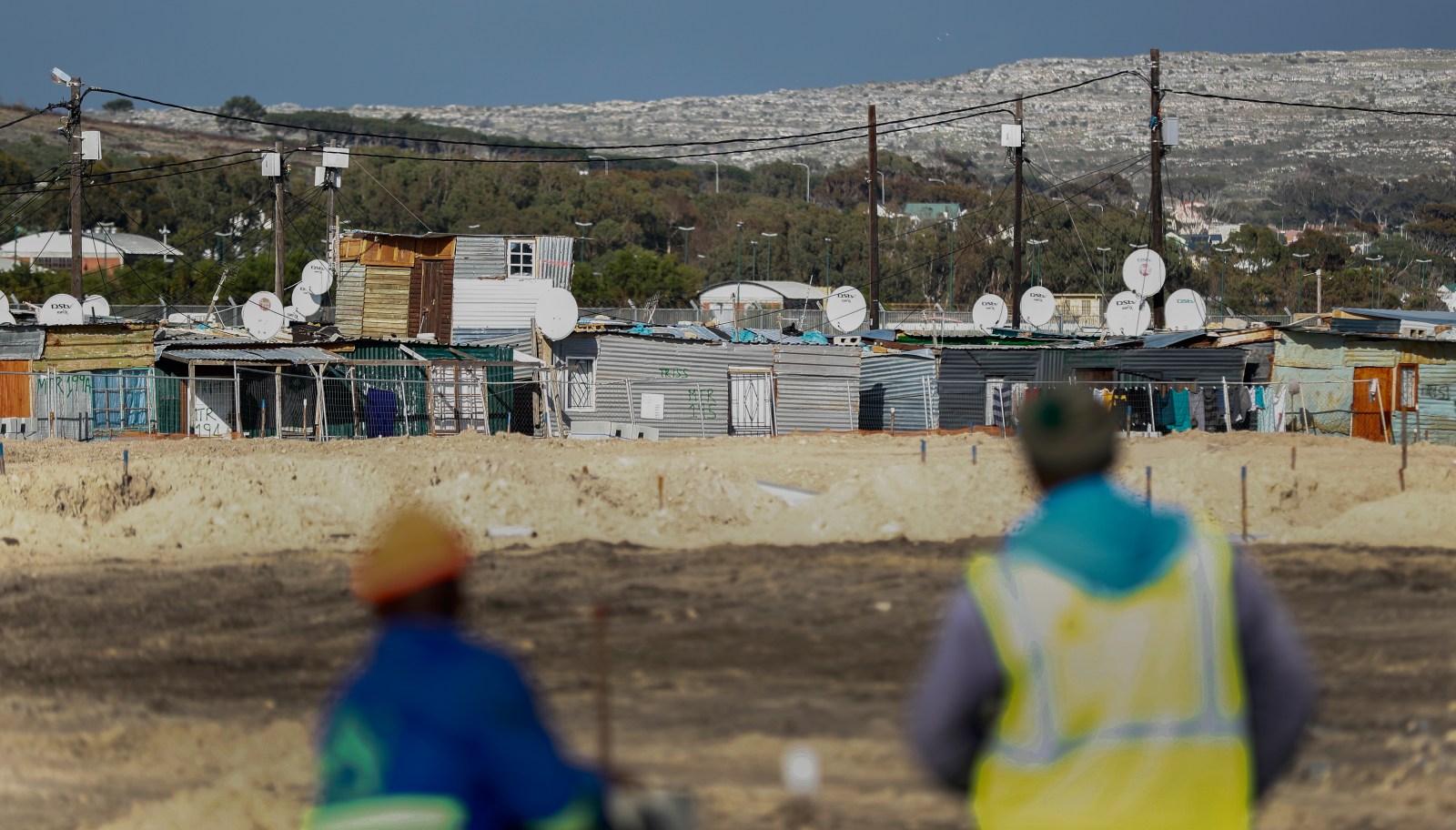 One of the most interesting questions about the “land debate”, as it is commonly referred to in the South African media – the debate about the merits of amending the Constitution in order to provide for expropriation of agricultural land without compensation (EWC) – is why we are having it in the first place, why it is coming up now, and why it has moved so swiftly to the centre of political debate.

Two-thirds of South Africa’s population are now living in towns and cities, and are not dependent on agriculture for their livelihoods. We are largely an urbanised, modern society, and most of us – including the majority of poor people – rely for survival, not on wresting crops from the land, but on food bought in stores.

So why is land reform, an issue that for 20 years was pretty much relegated the margins of South Africa’s political life, suddenly of such consuming political interest? Why, for example, would university students such as the Fallist Rhodes scholar Ntokozo Qwabe – surely not someone who has any plans to start farming any time soon – argue that ‘for black people, freedom without land is false’? Why is land reform such a hot potato? And why is it so difficult to resolve?

In a recent column, UCT academic Pierre de Vos asked a similar question. Why, he wondered, is so difficult to have a rational conversation about what should be a straightforward matter – “how to achieve redistribution as quickly as possible without blowing the economy” (De Vos 2018)? In response, he suggested four possible reasons: first, white arrogance and ignorance about history; second the economic fears raised by the prospect of expropriation; third, the deep emotional connections many people (white and black) feel to the land; and finally the considerable complexity of figuring out what a sensible amendment would actually look like.

In my view, all those reasons make sense at one level. But I also think the issues are more complex. In my view, one of the central difficulties about our land reform debate is that it is not only about land. Rather, it is about political belonging: about the value of our Constitution, about the nature of South Africa as a political community, and about the meaning of citizenship.

In Southern Africa, to talk about land is to talk about history: land, as Robert Mugabe famously remarked, is “the last colonial question”. And this means that beneath and beyond the agrarian question lies what used to be called the national question. And that is not a question we can avoid. Let me explain.

To begin with, I think De Vos gets one important thing wrong. He assumes that the debate about EWC is in the first place a policy question: a technical debate about how to redistribute rural land as quickly or efficiently as possible. I think this rests on a misunderstanding.

The point is not only that, as President Cyril Ramaphosa has pointed out, the Constitution already allows, in principle, for expropriation below market value (and thus even for zero compensation) where it is just and equitable. It is also that, as academic Ruth Hall has pointed out, that from the point of view of technical land reform policy, EWC is largely a red herring.

Here’s why: First, although there are certainly some problems with “willing buyer willing seller,” the requirement to pay compensation is in fact not a major obstacle in the face of land reform. Given the size of the South African fiscus, it should actually have been perfectly possible to redistribute much more land over the last 20 years than we have. We can afford it.

Second, you would be mistaken to assume that expropriation (with or without compensation) will make land reform easier, or speed it up. The reality is that expropriation is very much a last resort. If you want to acquire land swiftly, the easiest route is to agree on a price. The road of expropriation, on the other hand, is beset by lawyers. Any expropriation – even after a Constitutional amendment – will require court approval, and you can be sure that the current owner will fight you every step of the way.

Third, if you want to find a reason for the slow pace of land reform, the real causes lie elsewhere: not in the cost of land, but in the poor design of land reform policy. Land reform has not been pro-poor; instead it has been focused on establishing a small class of black commercial farmers – and it has done so under economic conditions (rapid globalisation, growing supermarket power, and climate change) that make that goal almost impossible to achieve. Even with EWC, land reform as it currently exists is dead in the water.

True, there are certainly some cases where EWC can help. Think, for instance, about the need to upgrade the tenure of labour tenants in many parts of the country. Most such tenants have been living – and farming – on white-owned land for generations. Sometimes, in fact, they were there long before the whites arrived. Just and equitable compensation under those conditions may well be nominal, even zero. But while this would make a big difference to their livelihoods it will hardly transform South Africa’s agrarian structure.

So what is really going on? Why has the demand for expropriation without compensation resonated so widely within South Africa?

I think a big reason is that the demand for expropriation without compensation is linked to much broader, and deeply felt, questions about historical justice and accountability. The arguments are often moral, not legal. Think about the way in which the most passionate proponents for EWC keep referring to the current owners of the land as thieves – whether or not they acquired the land legally, and even if they only bought it recently, after the end of apartheid.

Many times, the demand to take back land without compensation seems to be linked to a desire to punish historical wrongdoing: a demand, as Stephen Grootes suggested recently, not only that black people should get something, but that white people should lose something. Many of the more radical supporters of EWC even go so far as to refuse the legitimacy of technical policy considerations. The land, as Andile Mngxitama of Black First, Land First (BLF) never tires of pointing out, belonged to black people to begin with. Black people should just take it back, by force if need be, and damn the policy niceties.

Mngxitama is easily dismissed as a fringe figure. But this way of thinking resonates far beyond the BLF. The point is that land, in much of this debate, is a proxy issue: a symbol for the underlying injustice of colonialism itself. Anger about the failure to redistribute commercial agricultural farming land to black South Africans is linked to a much broader sense of general economic marginalisation and political frustration. Ownership of the lion’s share of farmland by white farmers and large corporates is a political issue, not only because of what it means for rural livelihoods, but because it is a political shorthand for the perpetuation of white privilege as such. In this context, the demand for expropriation without compensation is not, as De Vos supposes, primarily an intervention in a policy debate. It is a political demand for recognition. It is a demand for the validation of the prior right of those who were here first. It is concerned, in a real sense, not with who the land should belong to but whose country this really is.

This is an important point, not least because as a nation, we have for the last 24 years had a working answer to that question. That answer is embodied, not in the property clause of our Constitution, but in the preamble, where it says, echoing the words of the Freedom Charter, that South Africa belongs to all who live in it.

In 1955, when those words were first penned, and in 1996, when they were incorporated into our nation’s founding covenant, those words served to articulate an important principle: they directly contradicted the racist definitions of South African nationhood that had been imposed by the Apartheid State… and before that, by the Pact government, by the 1913 Land Act, and by the 1910 Act of Union itself. As against those who defined the South African political community in racial or ethnic terms, it articulated a different vision: a distinctively modern vision of a political community that cut across racial boundaries, a community to which everybody – white or black, settler or indigenous, could belong as juridical equals. That vision described, not a current reality, but a future to strive for.

It seems to me that at present, the jury is out. The initial optimism that accompanied the end of apartheid has disappeared. The ‘better life for all’ promised by the new dispensation has not in fact materialised. In some quarters, Nelson Mandela is increasingly being portrayed, not as an admirable visionary and a statesman, but as a sell-out. In fact, the very legitimacy of the post-Apartheid political order is in question — and with it, the notion of a united, democratic, multicultural South African people is more and more often being dismissed as rainbow nation romanticism.

One very important point needs to be made here. And this is that, in a situation like this, if you still believe in the Freedom Charter’s vision, an appeal to these historical documents is not enough. I, for one, believe that the South African Constitution, and its vision of a cross-cutting political community is still valid and vital. But the legitimacy of this vision cannot be assumed. Like trust in a relationship, it must be earned. People will only buy into it if it its promise or vision seems capable of realisation. And if the vision of South Africa as a country that belongs to all who live in it is being put into question, we need to understand the reasons why.

The search for answers, I believe, will take us far beyond land reform: it requires us to confront everything that is broken in South Africa, not only the unequal distribution of land, but the absence of urban jobs and tenure security — and the capture and corruption of the South African state. The historical roots of the poverty and marginalisation experienced by the vast majority of South Africa’s black population certainly lie in the loss of the land (which was caused, incidentally, not only by Apartheid, but also by the character and direction of capitalist growth).

But its present reality lies also in the urban areas, and in the basic functioning of our economy and our institutions of government. The deep gulf between rural and urban life that used to be typical of South African society in the first half of the 20th Century is long gone. We may be a racially divided country, but the economy is one. And while redistribution of agricultural land may make an important difference to the segments of the population that still rely on farming, the most urgent answers lie in the need to find ways of including poor people in the urban and non-farm economy, and ensuring that the machinery of government actually serves the poor and marginal people who put it in power.

If we do not confront those questions, no amount of messing about with rural land will make a jot of difference. DM

Professor Andries du Toit is director of the Institute for Poverty, Land and Agrarian Studies (PLAAS)