Land Reform: ‘Expropriation without compensation is a red herring’ 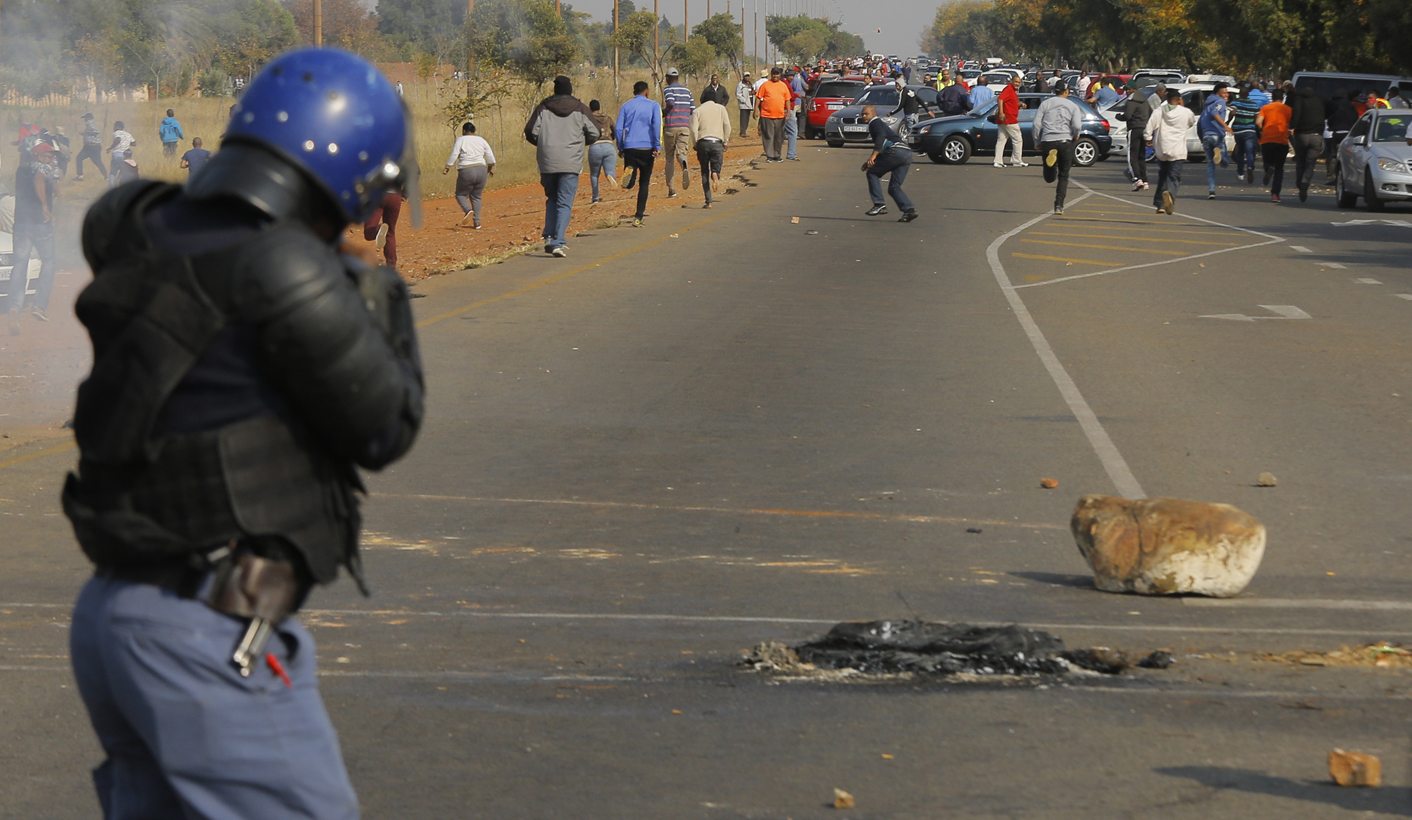 Ahead of the ANC’s 54th National Conference, most eyes are focused on the leadership race. But activists say there are important policy decisions to be made that should not be overlooked – specifically regarding land reform. The problem is, however, that at present South Africa’s legislation is woefully inadequate, and lobby groups say it’s unacceptably difficult to get access to officials. And then there’s the small problem that a High Level Panel report that assessed legislation in the post-apartheid era will probably be drowned out by drama. By MARELISE VAN DER MERWE.

The Report of the High Level Panel on the Assessment of Key Legislation and the Acceleration of Fundamental Change includes a “devastating critique” on the failure of South Africa’s land reform programme to date, activists and policy analysts said on Tuesday.

Further, they argued, it was likely that the ANC’s 54th National Conference would fail to address many of the key issues raised in an extensive public participation process across all nine provinces.

The panel’s report was released on 21 November, following an investigation headed by Kgalema Motlanthe.

Ahead of the conference, members of the Land and Accountability Research Centre at UCT, the Alliance for Rural Democracy, the Rural Women’s Alliance, the Institute of Poverty, Land and Agrarian Studies at UCT, the Land Access Movement of South Africa and other organisations gathered at Cape Town’s Tshishimani Centre for Activist Education to discuss the panel’s report.

Professor Ben Cousins, DST/NRF Chair in Poverty, Land and Agrarian Studies (PLAAS) at UWC, said the report constituted a “call for a complete revision” of the existing approach to land reform.

However, he said, “As far as we can tell, the ANC conference will discuss land in relation to expropriation without compensation.

“Expropriation without compensation is not the issue. It is a red herring,” he said.

“This report is essentially saying the real issue is [that] we need to rethink our policy. Whether or not the ANC can take the key messages from this report is yet to be seen.”

The High Level Panel report was the first time since 1994 that there had been a review “of this depth and scope” of land reform policy, he added.

Professor Ruth Hall, also of PLAAS, said a key finding in the report concerned equitable access to land. There is currently no law defining the meaning of equitable access or who qualifies for restitution. As a result, there is “substantial capture of the land redistribution process”, she argued.

The report – which examines whether the legislative output of the post-apartheid state “has been equal to the challenges already entrenched in society” – points out that the Constitution provides for the right to equitable access to land, the right to tenure security and the right to restitution. “The panel’s work, including submissions from the public and expert reports, reveals that the record on the progressive realisation of these rights is concerning,” it reads. It specifically defines the “lives and livelihoods of many rural dwellers” as being “in peril” and calls for a framework for land reform, particularly redistribution, to clarify who may benefit.

It calls for the Restitution of Land Rights Act of 1994 to be amended to address current capacity, resource and accountability constraints before July 2018, after the Constitutional Court struck down a 2014 amendment to the Act in 2016. It also recommends that a continuum of rights to land be recognised, recorded and administered, so that fewer South Africans in rural and urban areas have insecure tenure to the property they occupy. It argues for measures ensuring equal citizenship rights for urban and rural people under municipal councils. And it calls for “an urgent review” of the Traditional Leadership and Governance Framework Amendment Bill as well as the Traditional and Khoi-San Leadership Bill, on the basis that these will deny people living in areas under traditional leadership several constitutional rights.

“Capture” was a popular term at the meeting, with members of various groups using it to describe the predicament of rural dwellers, or the consequences of centralising power.

“Our hopes lie with the NEC. We don’t have land,” said Mbhekiseni Mavuso, a pastor and land rights activist who has been fighting on behalf of the people of Makhasaneni. (Their story is told in the documentary This Land, previously reviewed in Daily Maverick.) “We live in the chief’s back yard. We can be evicted any time. We are hoping for radical transformation this time. We know all our communities are captured. We are waiting for this so-called hard-fought freedom.”

But one of the reasons it is difficult to draw attention to the land reform question is that the citizens it affects don’t always have easy access to the country’s decision-making centres. Asked whether they had been able to raise the issue of land reform as discussed in the report with any officials attending the conference, none of the activists responded positively. “We are struggling to get an entry point,” commented one from the floor.

“We can only communicate through the chairperson of the relevant portfolio committee,” said another.

Emily Tjale of the Land Access Movement of South Africa (LAMOSA) told Daily Maverick the primary strategy was to create public awareness. It was also important to raise awareness among the corporate sector, she said. Tjale, who hails from Ntwane Village in Limpopo, has previously been involved in arranging peaceful protests to the Union Buildings, but this involves busing in rural residents en masse. Logistically, it can be challenging to do so.

Sizani Ngubane of the Rural Women’s Movement said a key part of empowering rural citizens was enabling them to take part actively in the public participation process. The RWM has held extensive training workshops, giving residents the legal knowledge to recognise their rights, and to take their cases as far as Constitutional Court, should they wish to.

A recurring theme in research, public feedback and round table discussions was that even where legislation was sound, implementation lagged behind, the panel report said.

The risk of this was even greater when it came to land reform issues, said Constance Mogale of the Alliance for Rural Democracy. “People are still being evicted and forcibly removed,” she said, referring to the Traditional Leadership and Governance Framework Amendment Bill and the Traditional and Khoi-San Leadership Bill. “Government must be empowered to see to the rights of rural people.” Rural people, she added, “must be visible”.

Referring to the HLP report, activists urged the conference to adopt several of the report’s proposals.

These included the above-mentioned land reform recommendations; the withdrawal of the above-mentioned two Bills; amendment of the Traditional Leadership and Governance Framework Act of 2003 to acknowledge that customary law is voluntary and living; amendment of the Mineral and Petroleum Resources Development Act to give previously disadvantaged holders of land rights the power to grant or withhold consent for mining and to ensure adequate compensation; amendment of the Interim Protection of Informal Land Rights Act to entrench the land rights of informal rights holders, and the protection of rural people in law-making and policy-making.

“The High Level Panel has proposed crucial interventions to prevent the continuing dispossession and exclusion of poor and rural people from meaningful citizenship,” the organisations said in a written statement. “The ANC National Conference cannot ignore the work of this panel.”

But, given the limitations of access by activists and the enormity of the power battles anticipated, the outcome, at best, appears uncertain. DM

Photo: Police forces shoot at protestors during a violent service delivery protest in Ennerdale, Johannesburg, South Africa, 09 May 2017. The local community took to the streets blocking major roads in a second day of demonstrations as they protested a lack of housing and land for their community. EPA/KIM LUDBROOK