#FeesMustFall student activists reflect on their own legacy 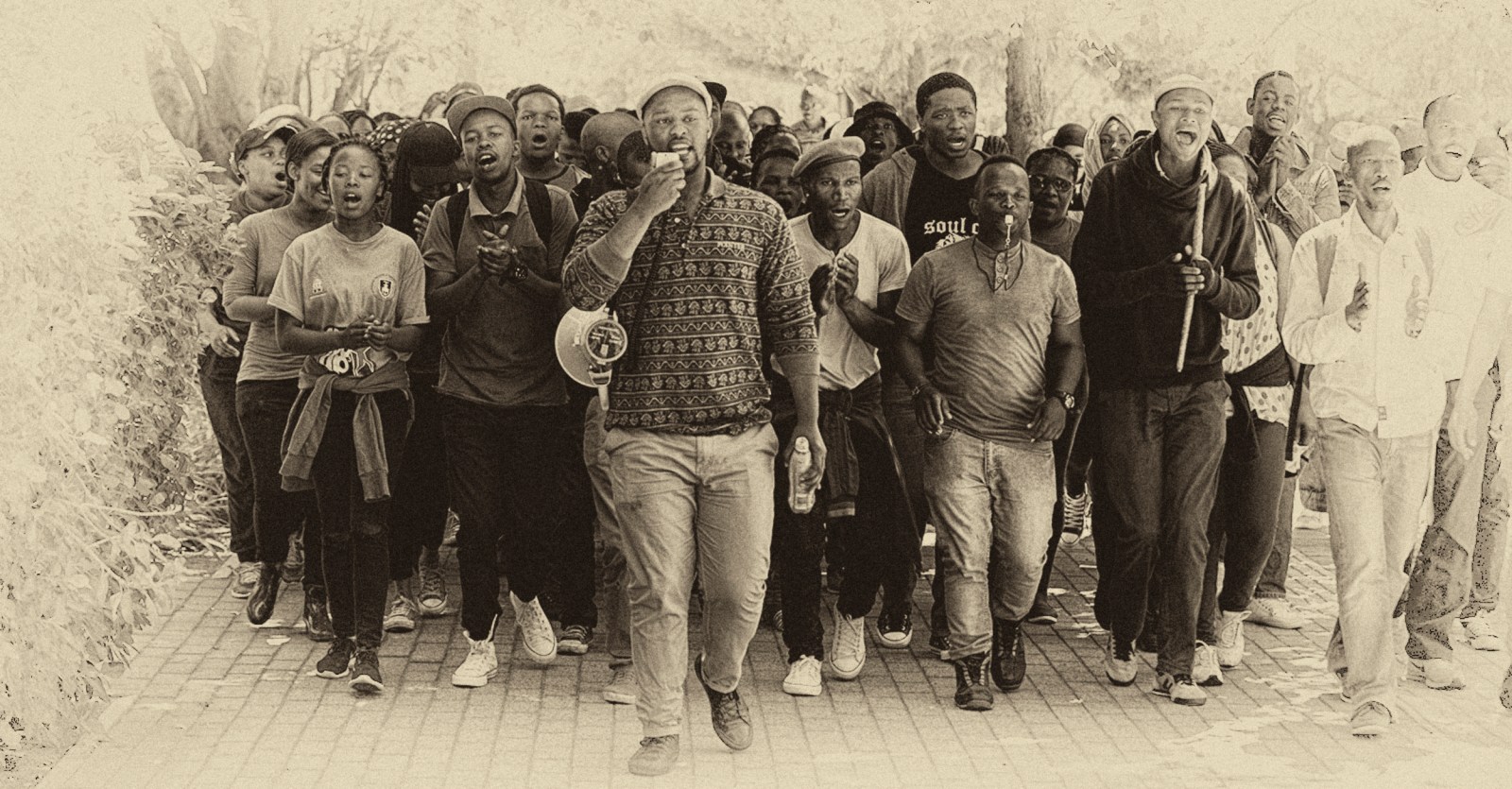 Students march and sing during a protest in support of the #FeesMustFall movement at the University of Cape Town, South Africa, 19 October 2016. EPA/NIC BOTHMA

On June 16, #FeesMustFall student activists gathered at the Apartheid Museum to hold a debate reflecting on the contested legacy of the Fallist movement. It was unanimously agreed among the panelists and on the floor, that although #FeesMustFall did not achieve everything it had planned, it did not mean it failed. The free education pronouncement made last year by then-president Jacob Zuma was a seen as a huge accomplishment despite differing views on what went wrong.

The debate, hosted by the Apartheid Museum at the George Bizos Gallery, to commemorate the 42nd anniversary of the 1976 Soweto Youth Uprising on Youth Day invited #FeesMustFall student activist Busisiwe Seabe, a Fallist and honours student at Wits University, Ntokozo Qwabe, a Rhodes Must Fall activist at Oxford University, and Funzani Mtembu, a University of Johannesburg financial investment graduate and Pan-Africanist. Journalism lecturer at Cape Peninsula University of Technology, Asanda Ngoasheng was also a panelist, reflecting on the significance of the movement as an academic.

The debate’s aim was to highlight the “many objectives” of the “decolonisation project” and the shared ideals with the youth of 1976, stated as: increased access to affordable if not free, quality, higher education; rethinking curriculums; dismantling exclusionary institutional norms and cultures; effecting staff and leadership changes to reflect society-at-large; and connecting this activism with a range of economic and political struggles for a more just South Africa.

The panelists were each given seven minutes to argue whether ‘Fees Must Fall’ failed and where the student leaders are now? Were they outsmarted by crafty hegemonic powers resisting talk of decoloniality? Have they have been co-opted and fragmented? And what happened to the sense of urgency of yesterday?

According to Seabe, the question of whether “Fees Must Fall” has failed is problematic because it assumes the student movement is different from the struggles of the youth of ‘76: it was a continuation. And it is language that binds the two movements together: lpupils fight against being taught in Afrikaans and the contemporary language of decoloniality.

For Seabe, the movement through protests and university shutdowns, fulfilled its promise with the free education pronouncement last year being phased in. The contradiction of the movement is not that it failed the public nor the coming generation but the activists who bore the brunt of the state’s response and still carry the weight of the movement.

“Khanya Cekeshe is serving eight years and Alma Monageng is under one-year house arrest. We have failed the activists,” said Seabe.

Furthermore, the march to the Union Buildings was a momentous moment for Seabe as she realised that students started to see their current struggle as a moment in history and not an actual revolution. And when they got back to university, she recalls a meeting where some politically affiliated comrades started encouraging students to go back to class because it was exam time.

“The students thought the parties wanted to help but soon realised that they were being overtaken so that they could be used as a campaign strategy in 2019 on free education. It became centred around political parties and not the genuine call to free education.

“We found out that many of our leaders among us are being paid to be in the movement. We thought we could do it outside of politics,” said Seabe.

For Qwabe, it was important to distinguish between “#fFeesMustFall” and the “Fallist movement”. The Fallist movement is a call for decolonisation beyond free education and has similar movements that have emerged at Harvard, Oxford and other places. It is a Pan-African movement that comes out of a deep digrutlement among black students, not only in how universities operate but also in how they alienate black bodies.

When the students went back to university, says Qwabe, they started interrogating other schools of thought to understand their own experiences. They started connecting with Black Consciousness, Pan-Africanism and black radical feminism.

“What Biko was telling me is that we were not fighting to be integrated into white society, we are authorities of our own struggle, we must not feel like we need to be accepted, said Qwabe.

He contends that this freedom for black people without land is false. And that since the dawn of the white and black encounter, the point of contention has always been about defending land and resources. And that was why 1994 did not end this war, it only placed black people in a situation that they felt that they were free.

Mtembu agreed with Qwabe’s distinction of the Fallist movement and #FeesMustFall protests. The movement, according to Mtembu, goes back to Rhodes Must Fall, when Chumani Maxwele threw human waste on the statue of Cecil John Rhodes at the University of Cape Town. The act was a protest against the colonial crimes of Rhodes and the transgenerational trauma his statue represents.

This cumulative, sustained psychological effects, said Mtembu, was a legacy of the social and economic disparities which carry throughout generations in a post-apartheid Rainbow Nation. And depending on which group controlled the economy and had overall hegemony, black people were integrated into the white system. Apartheid spatial planning severely disadvantaged the poor when they had to commute in and out of the townships to affluent white suburbs to seek work opportunities.

“White youth received the liberty to recreate themselves while black youth had the burden to go back home and deal with the burden of life,” said Mtembu.

Ngoasheng conceded that she came from a slightly different background and did not consider herself a Fallist but a supporter. She said the key thing to highlight was how the movement had failed the people who gave their lives. As an educator she makes sure she conscientises her students about decolonial thought and creates a space where they can be free to speak about their black experiences.

“We must begin decolonisation at high school. The challenge is how do we give students the capacity of thinking of the curriculum as something they own and are participants in creating,” said Ngoeseng

Bizos cautioned the panel that although black people had been done wrong, there must be some caution in calling everybody who is not black a colonialist. There were others, like himself, who came into the country as refugees.

“Am I a colonialist. What are you going to do with the white people, kick them out?” asked Bizos.

It was at this moment that an uproar erupted as the panelists were grabbing for a mic to respond to what seemed like a provocative question from Bizos. After the moderator calmed the roomed down, each panelist was given a chance to respond to Bizos.

“My thinking revolves around blacks and the black condition,” said Mtembu, “Why do I have to think about whites? And how do I mobilise blacks who have been stripped of their land”.

“It is ok for us blacks to huddle up and love each other, it will assist with the femicide we are experiencing,” said Seabe.

As the youth reflect on their impact on the country’s political scene, one wonders what the country will look like, when these leaders of tomorrow take over the nation. DM